My new walk through the city streets on this autumn day 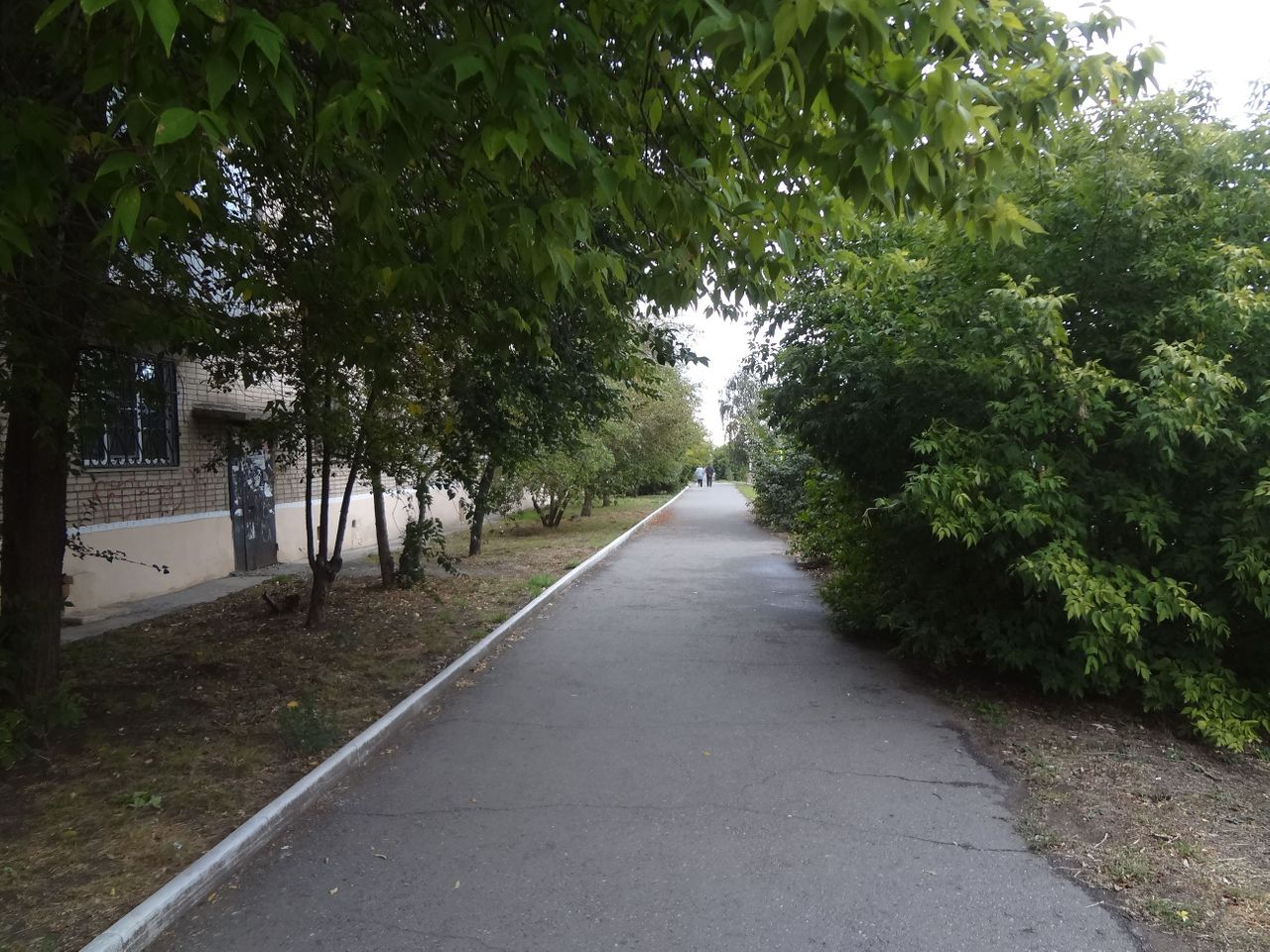 My new walk through the city streets on this autumn day.
I left the house and walked down my street again.
Ahead, I think, a lot of interesting things await me. 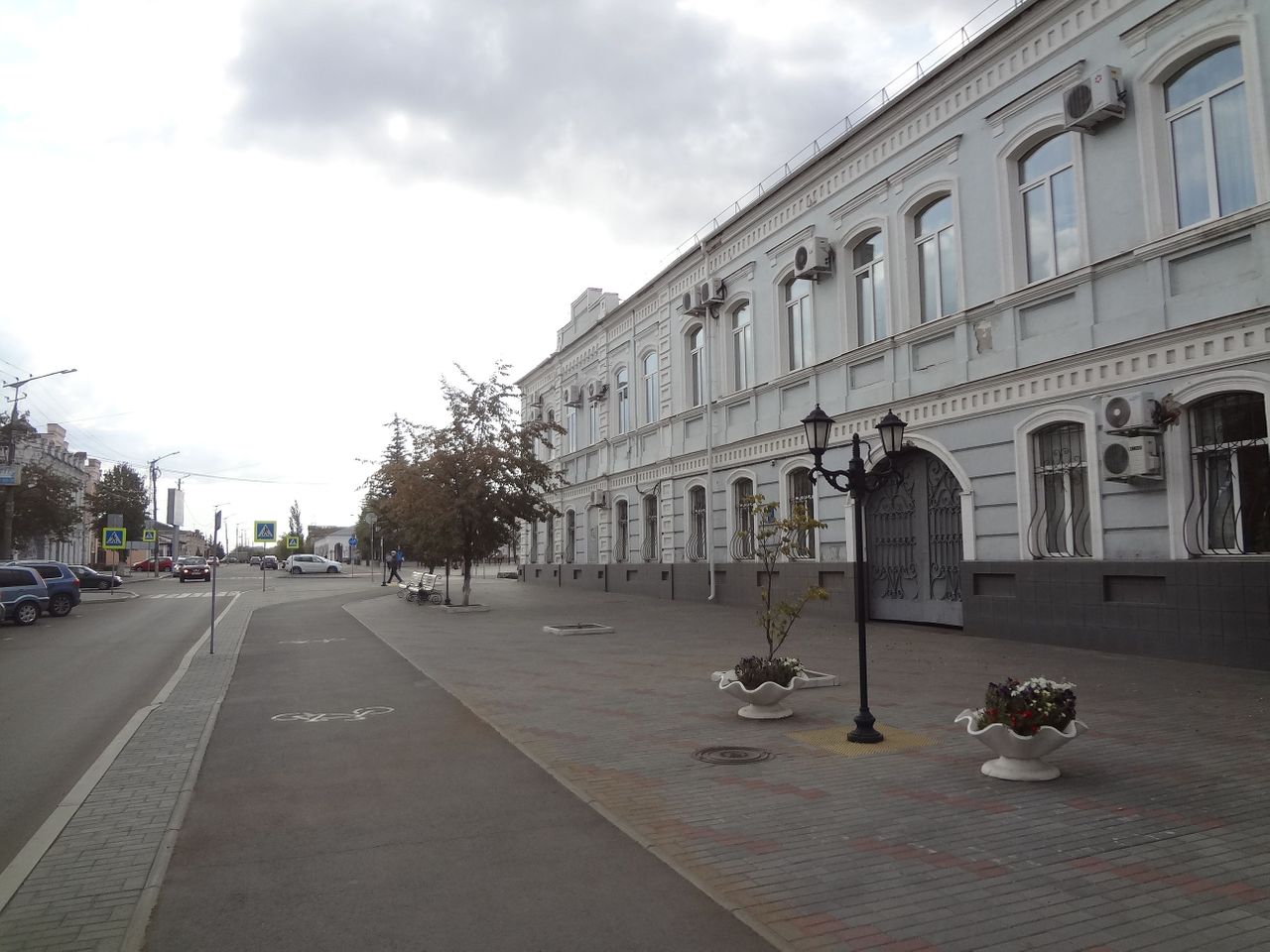 Again I walk along one of the central streets of the city.
As you can see, such a perspective opens up ahead.
Although the streets are still empty, there are few people. 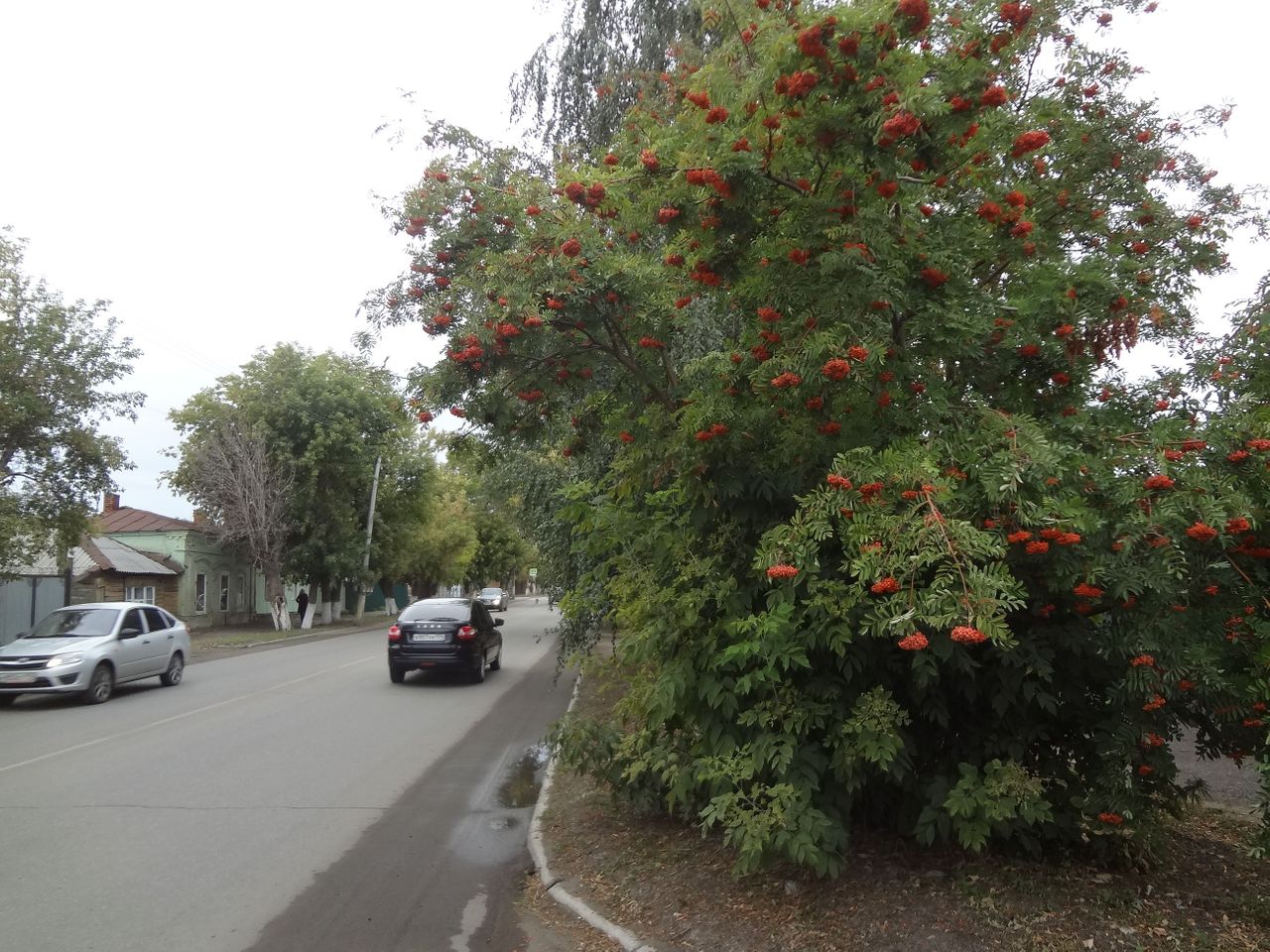 Apparently, I have seen this mountain ash before or it seems?
But as you can see, my friends are very beautiful for a photo.
True, there are already a lot of cars on the streets of the city. 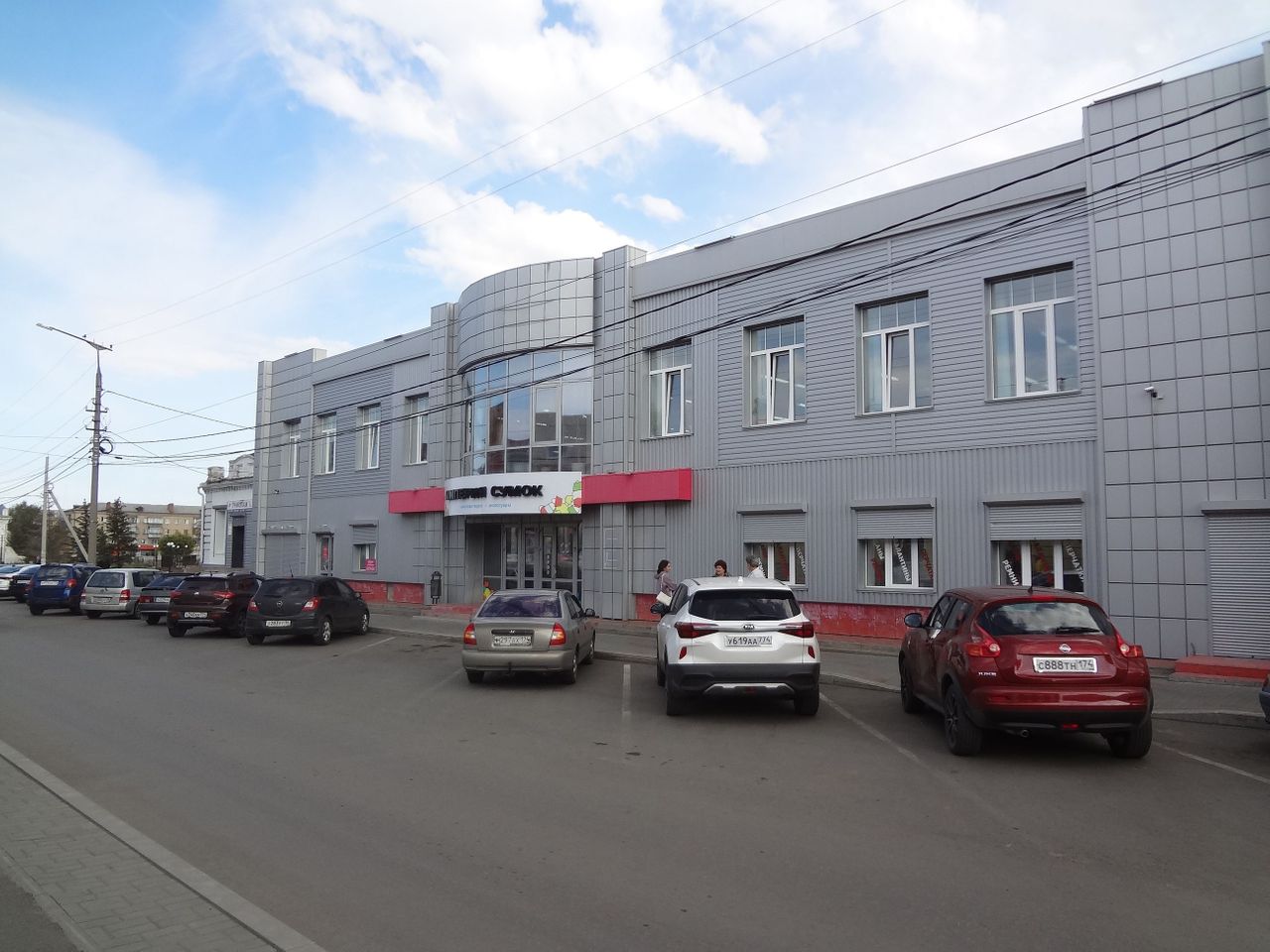 Although a strange sight - there are cars, but no people.
As if I got into the country through the looking glass.
But I think it will soon be corrected, people will appear. 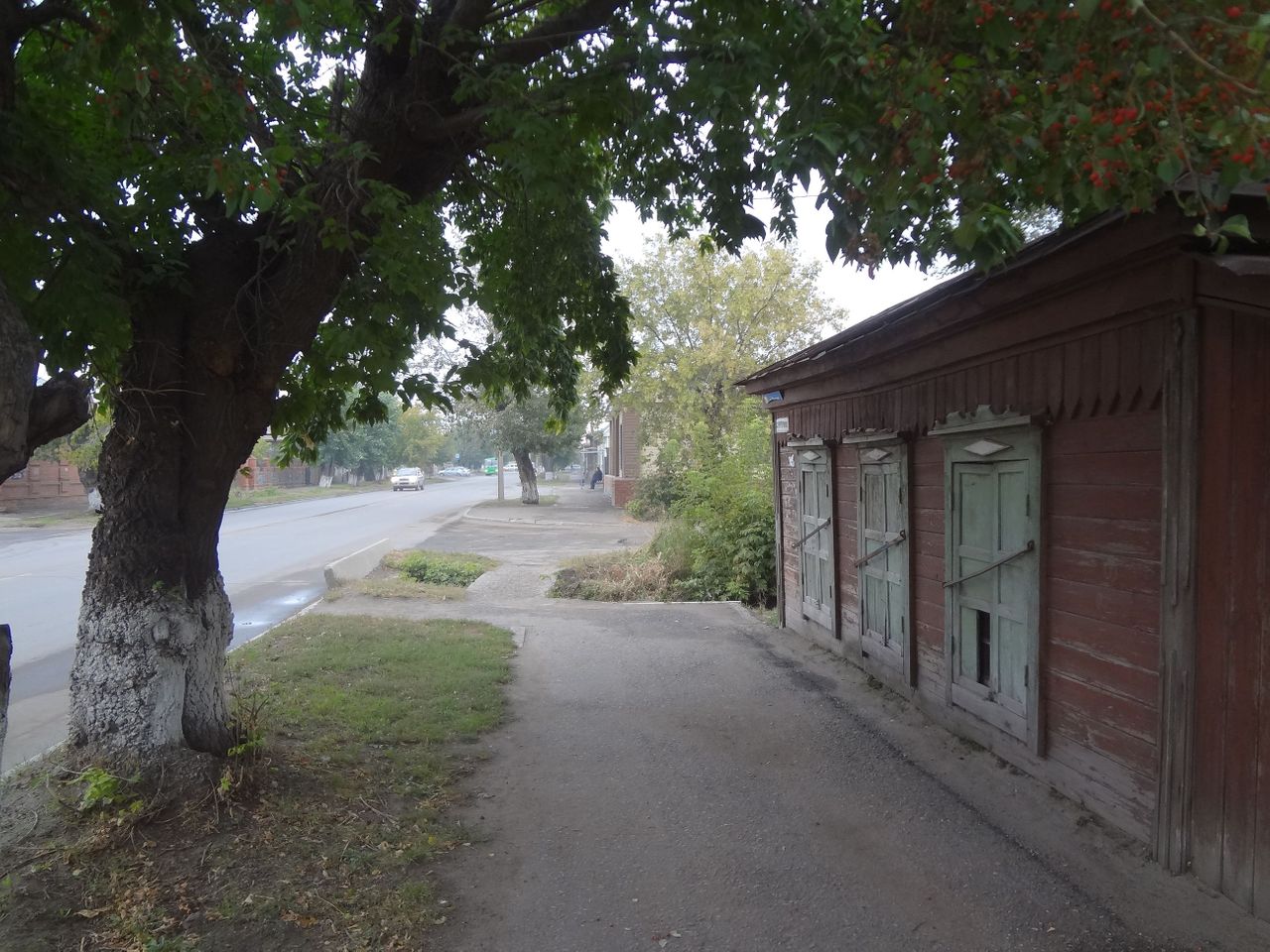 The photo shows such a cozy corner on one street of the city.
As you can see, the house is old and buried in the ground.
Or was the land built up at the expense of the road? 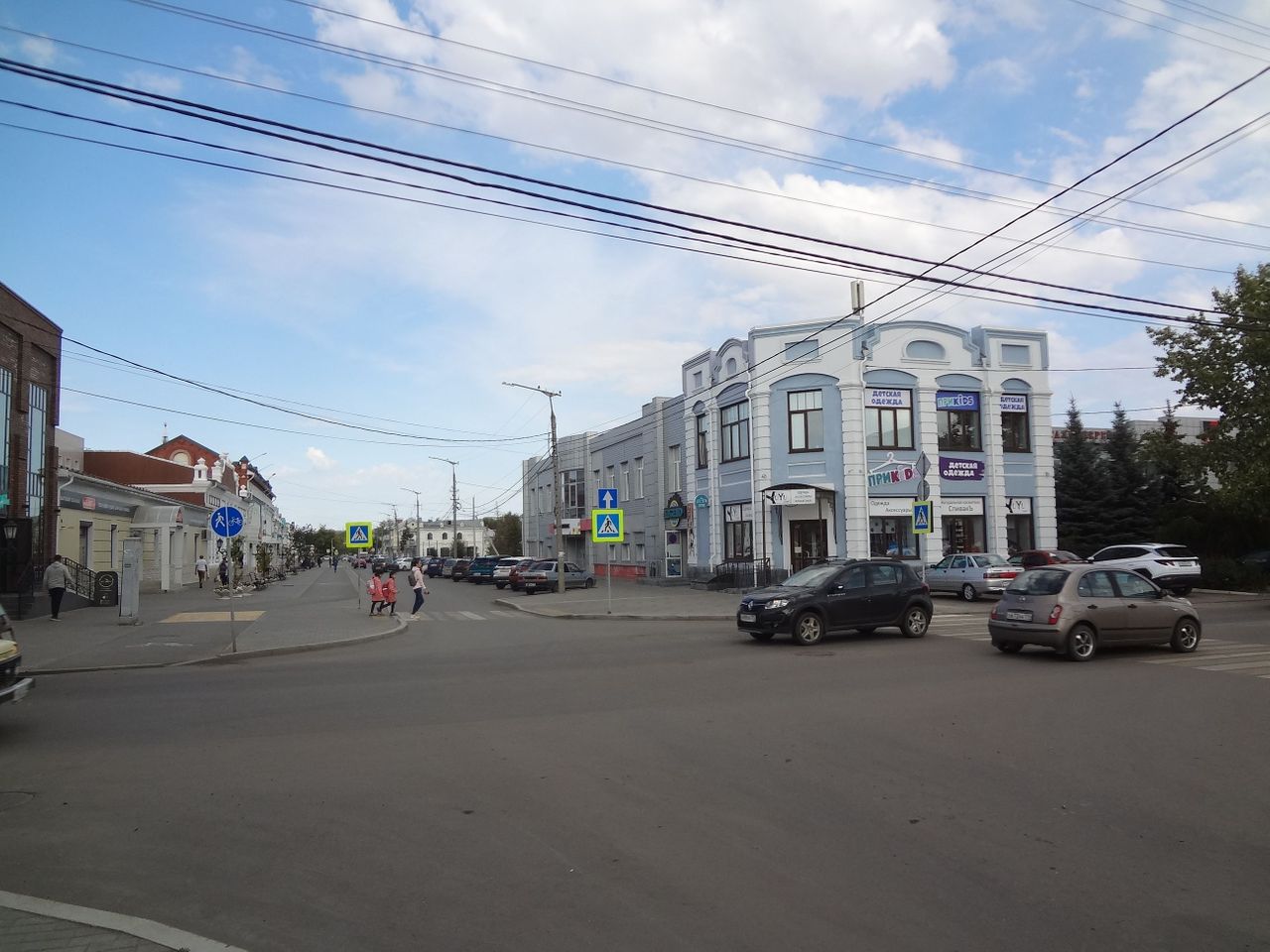 And here is the intersection on two streets of the city.
Where I go ahead to show such an interesting tree.
This tree is very similar to a large slingshot. 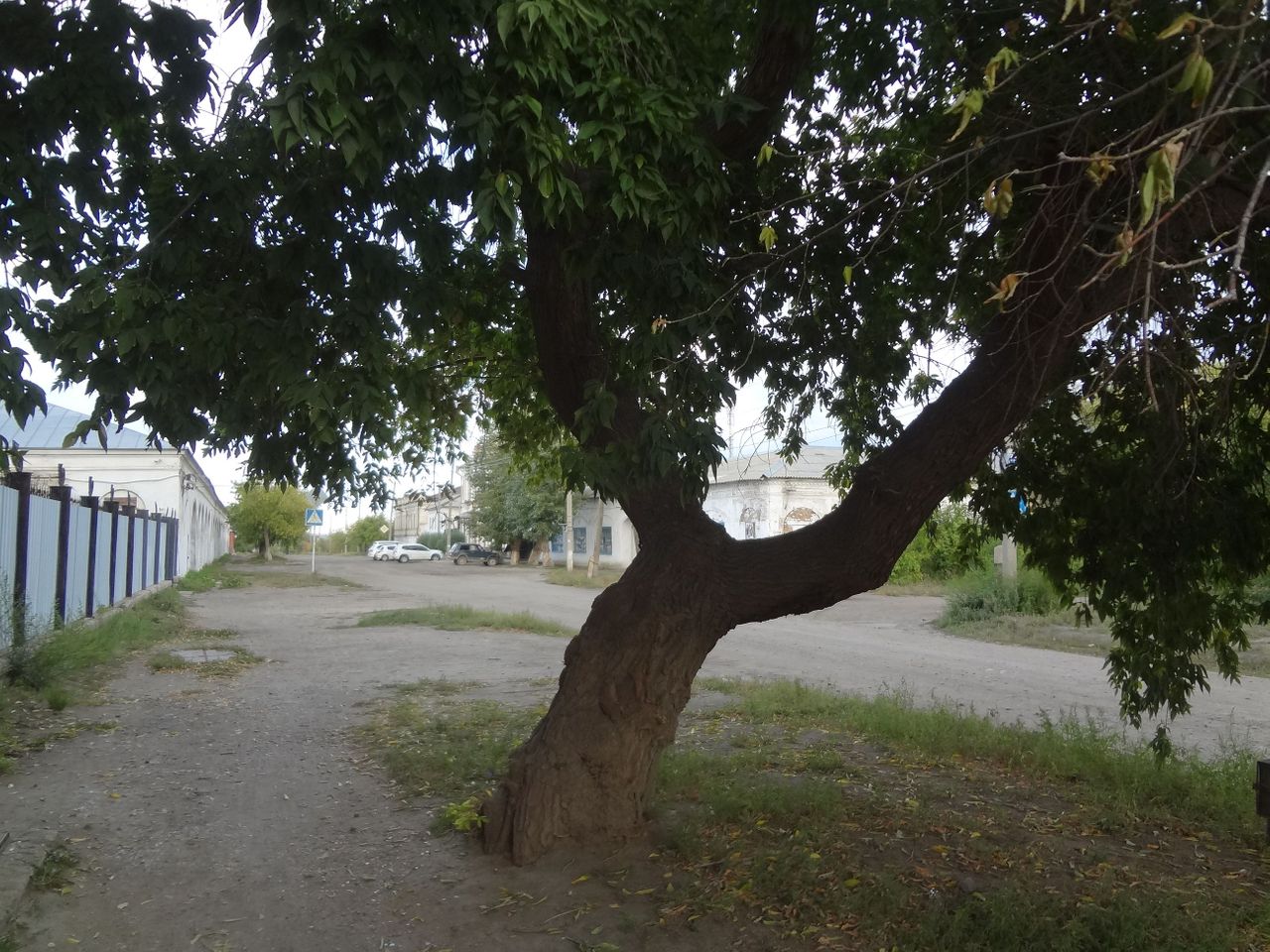 And here is this tree, about which I just spoke.
Is it true - a tree is very similar to a large slingshot?
There is always a dense shadow under it in summer. 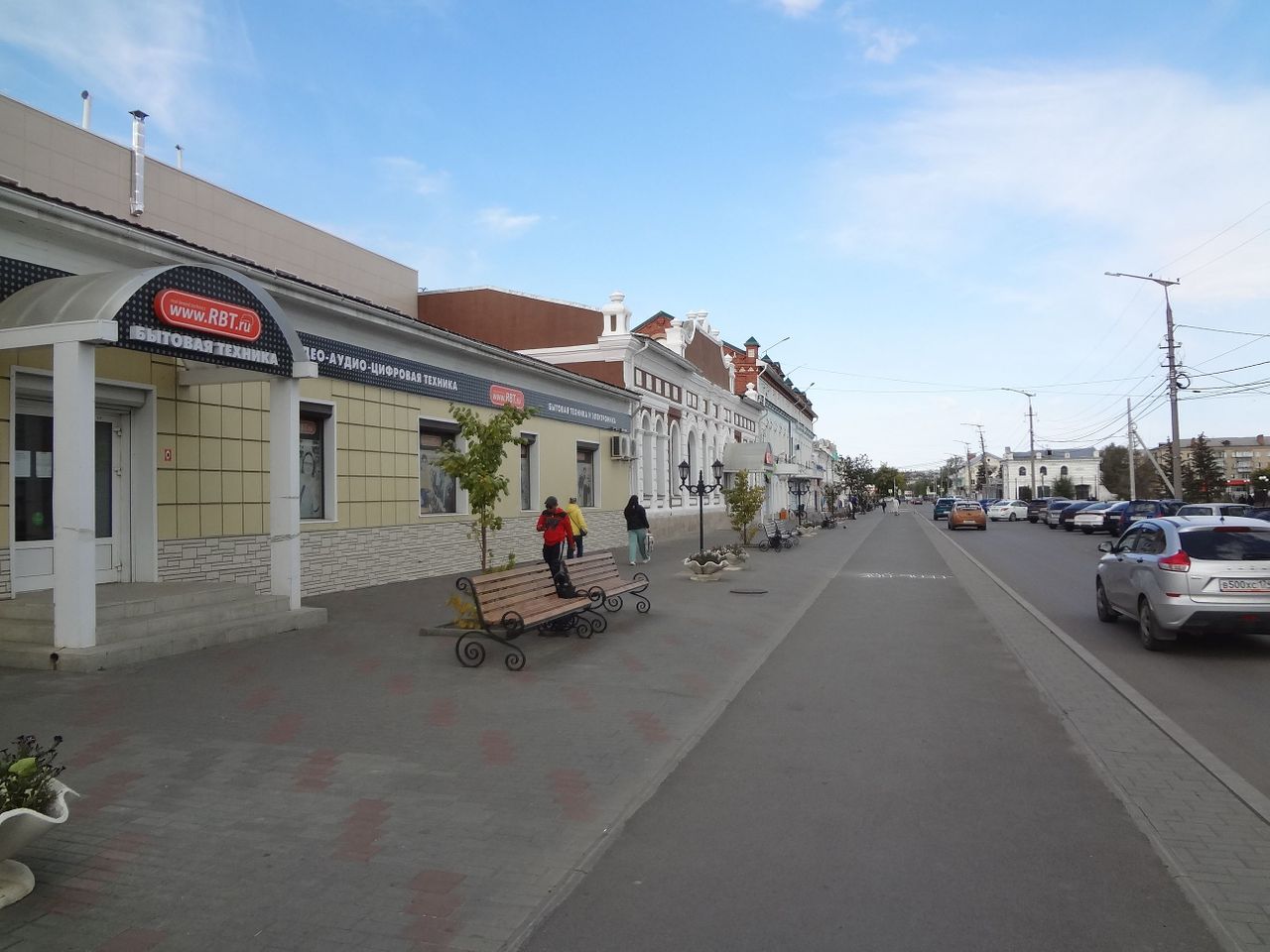 Next, we have a new perspective of the street in the photo.
There are many different and different shops here.
There is also a pedestrian walking area across the street. 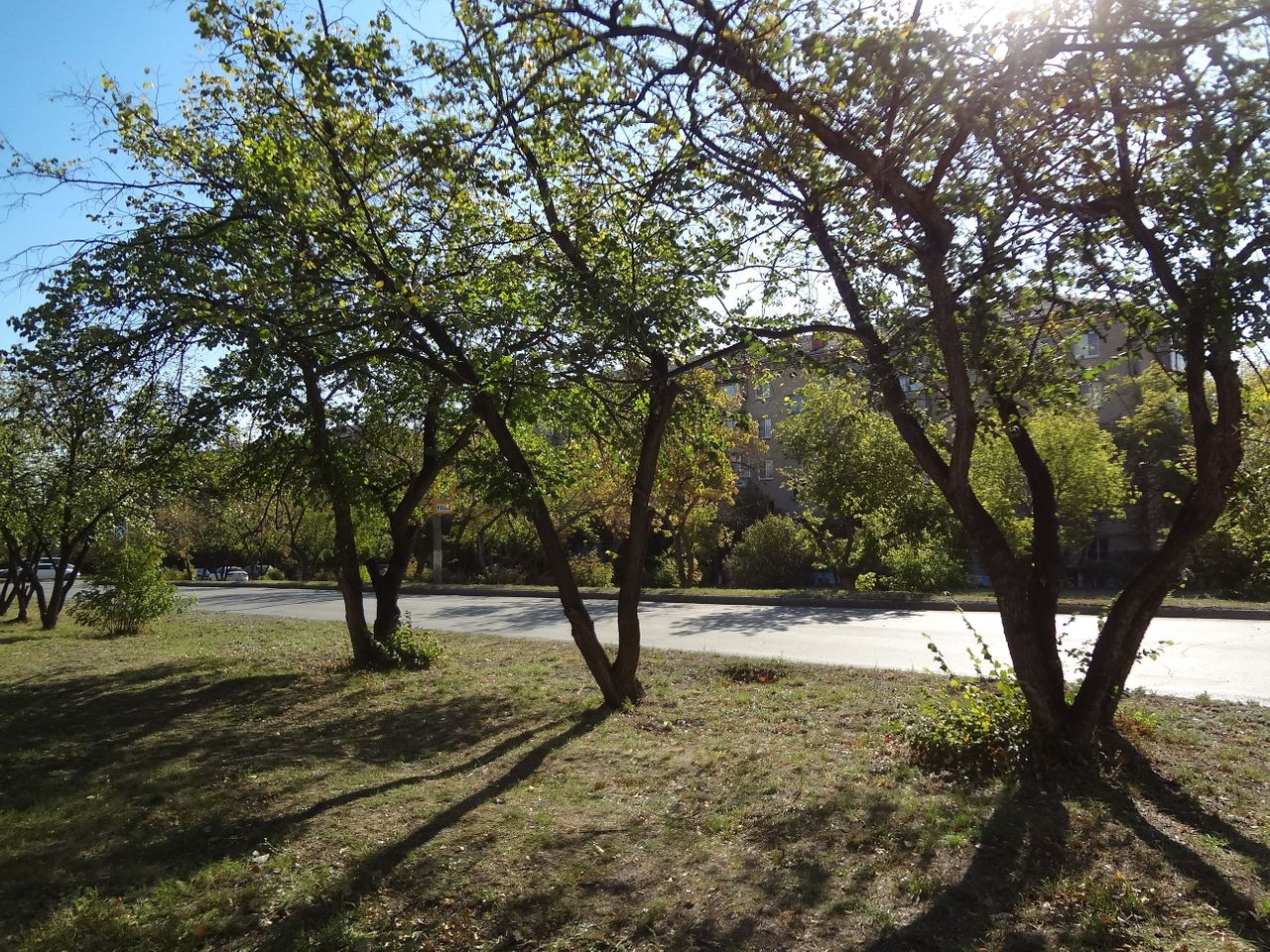 Further, as we see on the street trees and a shadow.
Because the sun came out and lit up the streets of the city.
Immediately, shadows from these trees appeared again. 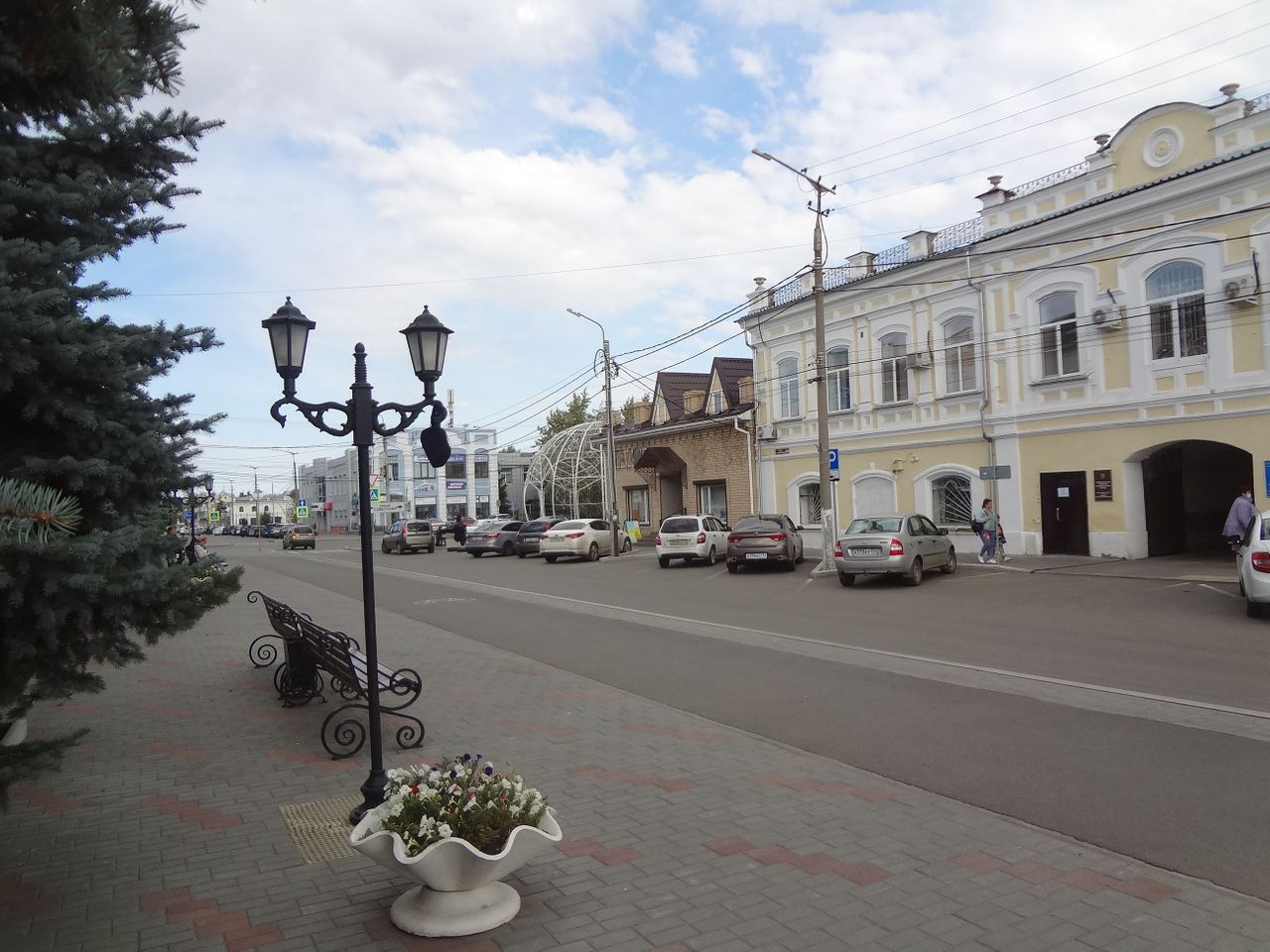 A beautiful street lamp in one of the central streets.
Further, there are still trade shops and public buildings.
So you walk forward along the street and take pictures. 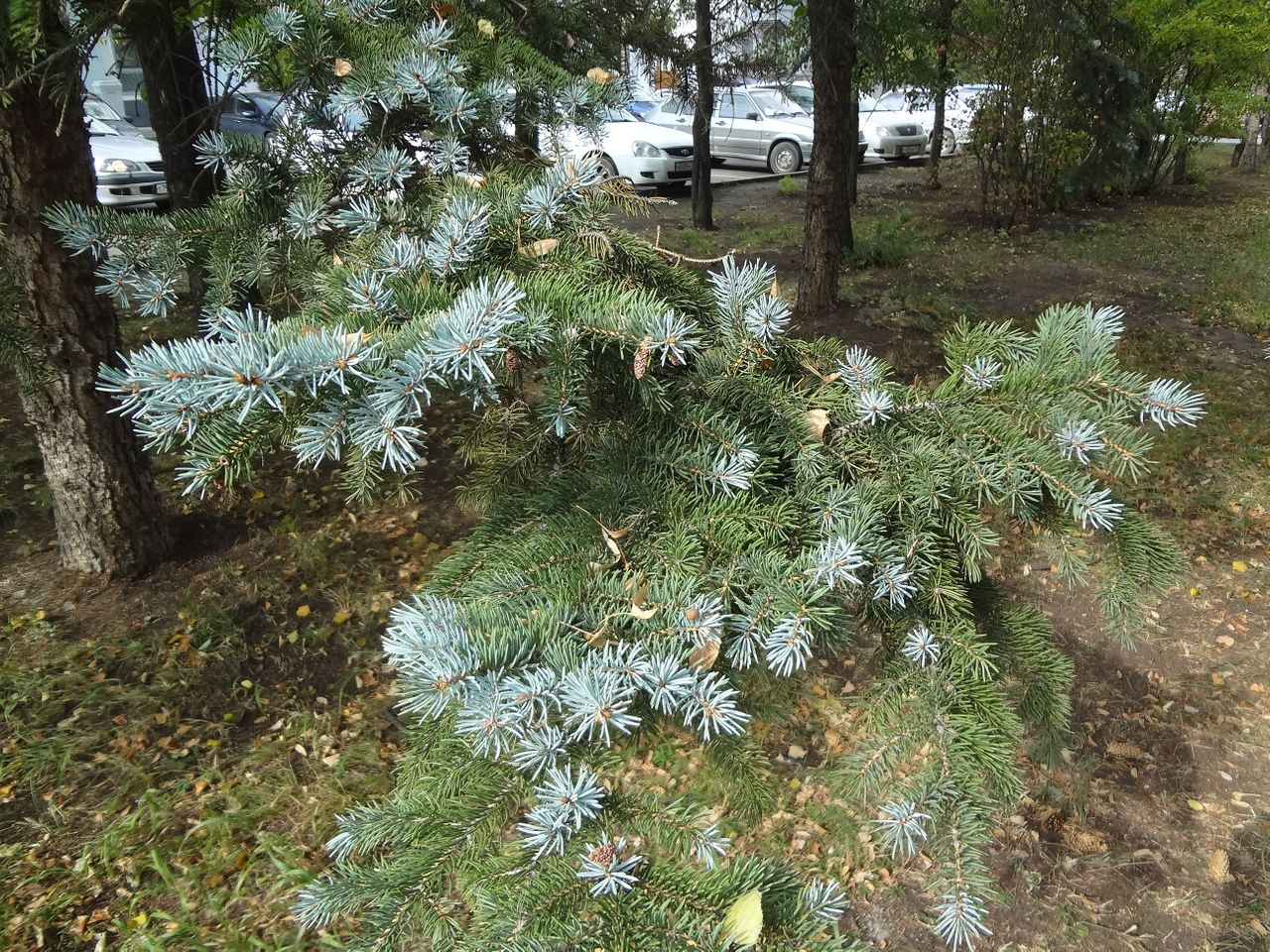 Did the blue spruce suddenly start growing in the fall?
Many new young shoots are visible on the branches.
It is strange to see it somehow, but it is a fact. 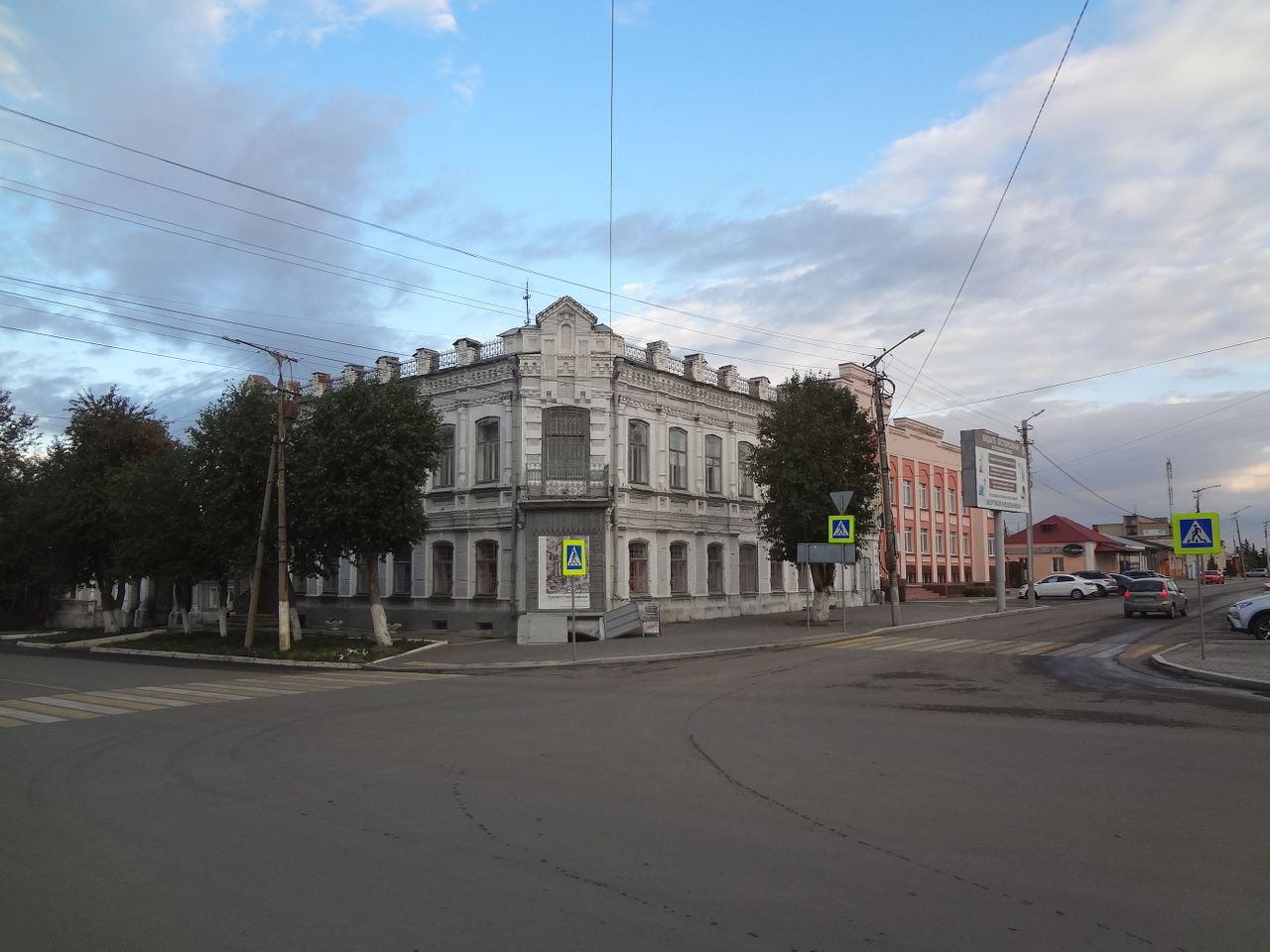 This is the building where the museum is located today.
Museum of local lore, where a lot of antiquity is collected.
And before the coup of 1917, there was a bank here. 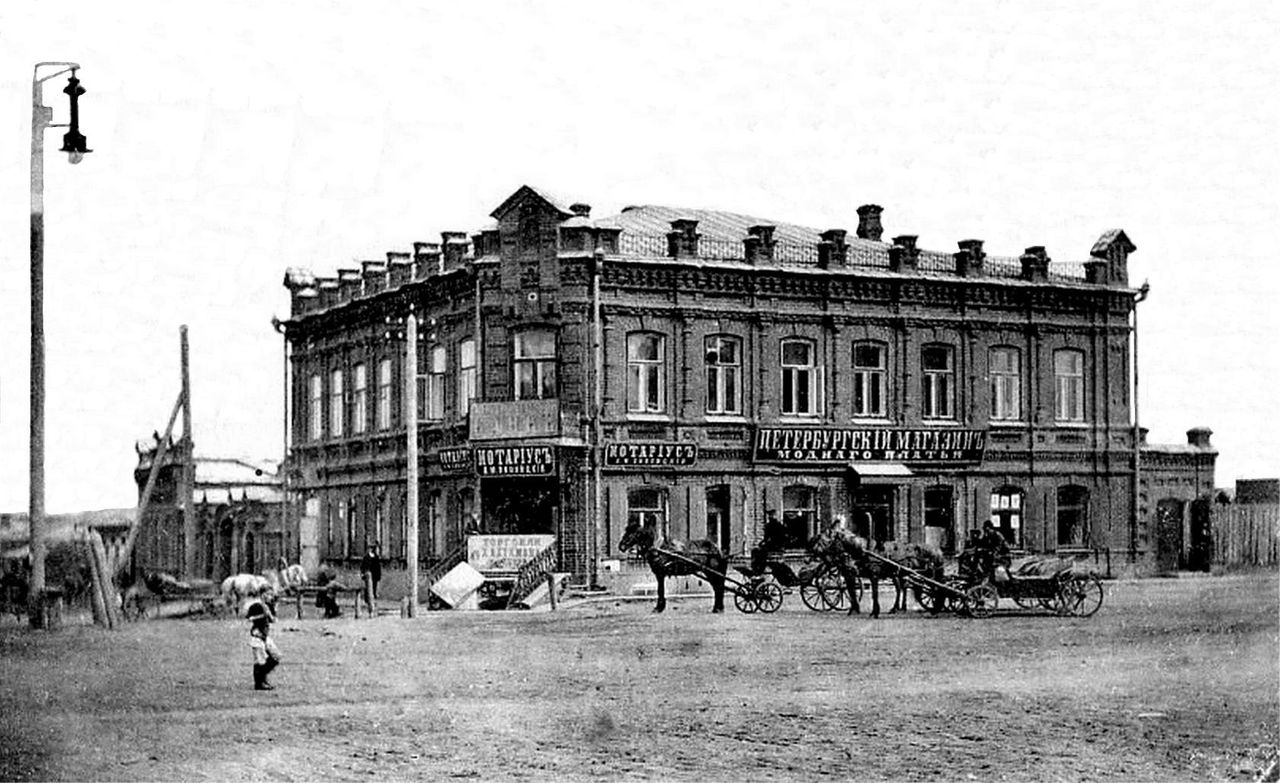 This is the same building, but a photograph of the 19th century.
In this building there was a private bank and a notary.
The bank was called Siberian and worked for trade at the fair. 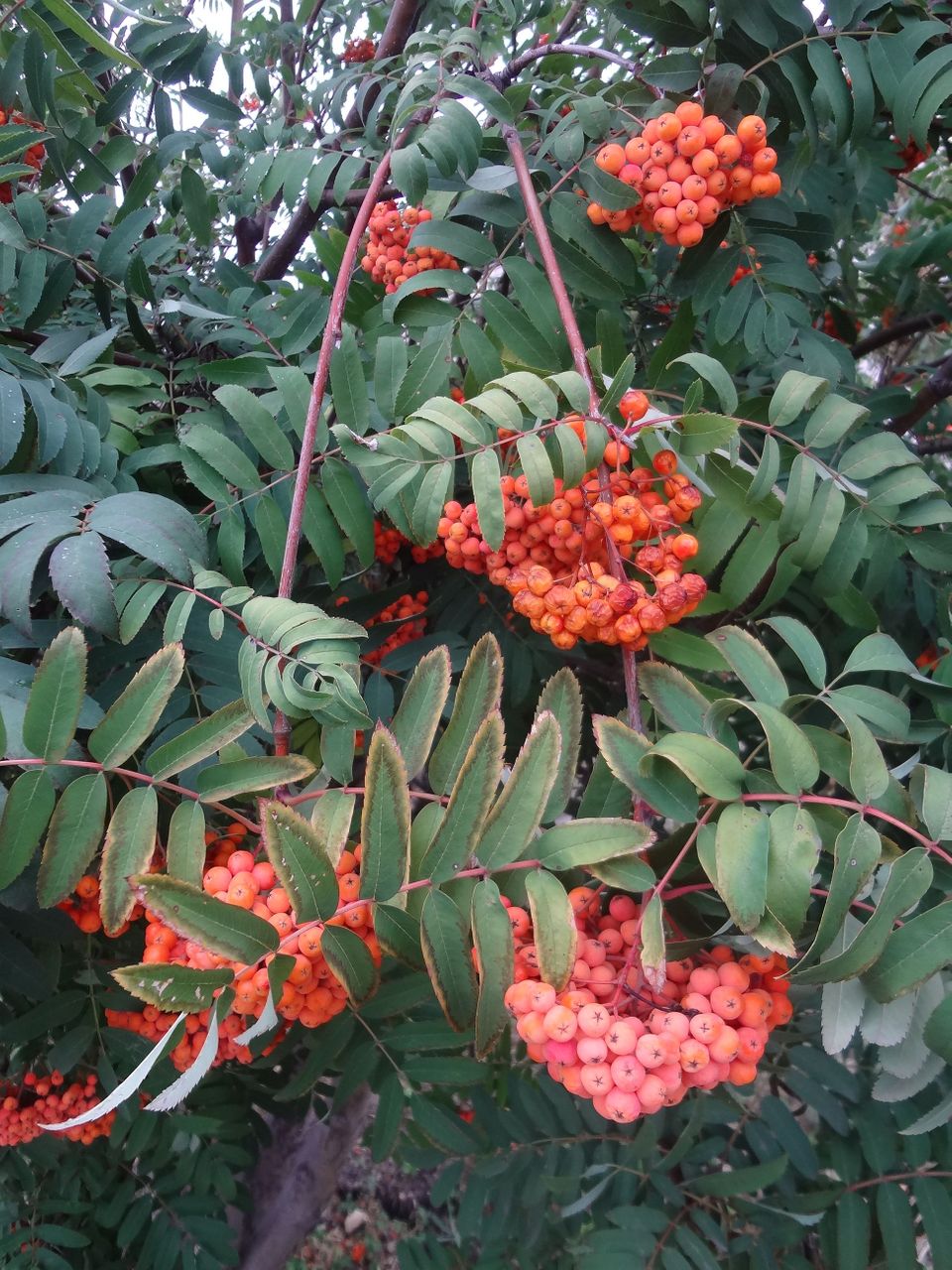 At the end of the post, here is such a beautiful mountain ash.
An autumn miracle of nature, and on the streets of the city.
This was the day and the next walk through the city streets.

MY NEW WALK IN THE STREETS OF THE CITY THIS AUTUMN DAY.

What interesting things can you tell about once again making your walk through the city streets? I think there is a lot to tell and show in photographs about the modern appearance of the city and its history. At least a little, at least one photo from the past, so that it is clear how interesting the city was in the past. And what the city has become now in our time. There is something in the new time of interest, but I always and in any city like its historical part, where history has taken refuge in the streets and houses. You see such an old house and you understand how it was once built, how people lived in it. After any regular walk through the streets of the city, you bring with you a lot of photos - realizing that someday they will find a second life, being placed in an article or supplementing the post, as it is today. This was my new day.