Filipino martial arts are weapons first styles based on angles of attack. This makes FMA distinct from other styles that base their offense and defense on specific techniques. For example, in traditional Karate you will learn one technique to deal with a knife thrust to the body, and a different technique to deal with a straight punch to the body. However, a FMA practitioner simply views the knife thrust and body punch as two angle number 5 attacks. In FMA, once you learn how to deal with one angle, it doesn’t matter whether the attacker has a weapon or not, you respond in the same fashion. Whatever adjustments you make are based on the attributes of the weapon you face. Obviously, you can’t do certain techniques against a sword that you can against a stick. But the angles of attack they travel are identical. There are only so many ways you can swing a weapon.

Training to respond to habitual patterns of movement, rather than individual techniques is a more efficient way to train.

In this video I demonstrate angles 1 – 14 of the Inosanto Lacoste system using a $5.00 machete from Harbor Freight. Harbor Freight is the best place to pick up cheap machetes to practice with. I like using it instead of a stick for solo practice, because the Filipino martial arts are originally bladed arts. It wasn’t until the Spanish conquest of the archipelago that rattan sticks were used.

My empty hand, often called the "alive hand" is held close to my throat. This is a good habit in a knife fight. This hand is also used to trap, immobilize, or disarm your opponent. It can also attack if holding another weapon.

Use the Vitruvian man diagram to reference the angles 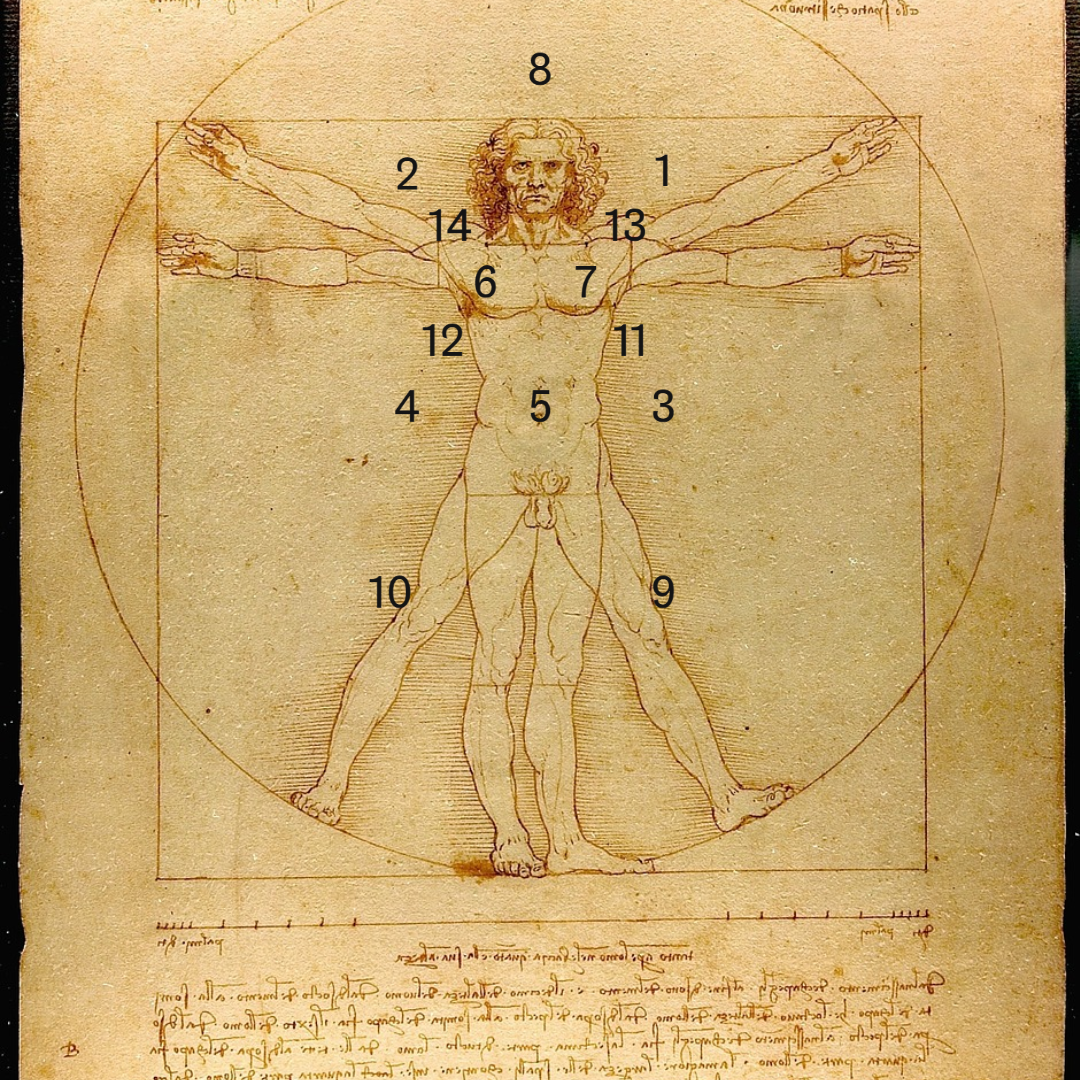