Rolling with the Punches, Deflated, Sweets I went to the bathroom early this morning and then returned to bed. I deliberately didn’t check the time, for reasons I’m unsure of. When the 6:30 alarm rang, I turned it off and went back to sleep. I didn’t wake up until 8:30 this morning. Thankfully, I didn’t have the abdominal pain anymore, but I felt exhausted. I had still gone to bed too late at minutes to 23:00, and after the taxing week I’d had, I really needed to go to bed earlier. I started my devotions shortly and focused on the fact that God gave us life. “Thou hast granted me life and favour, and thy visitation hath preserved my spirit. Job 10:12 KJV https://bible.com/bible/1/job.10.12.KJV. Our lives do not belong to us. My life does not belong to me. I wasn’t sure how I was feeling this morning. So much has been happening in the last couple of months and I felt like I was just rolling with the punches. For everything new that was thrown my way, I tried to make the best of every situation and capitalize on every opportunity. But there were times when I responded in less than favorable ways but knew I had to keep that momentum going. I was getting more and more tired with each occurrence and I was beginning to feel that in my body.

After my devotions, I went to the kitchen to make my smoothie. It was already almost 10:00 and I knew my mom would be calling any second now. I however didn’t have the strength to move at a faster pace and it felt like there was something else underneath how I was feeling. I just felt deflated. For the past two weekends there had been intense build up towards the camping experience, but it had not materialized. I believe that those two weeks really took a lot of energy out of me and today I just couldn’t push anymore. Dealing with that experience and juggling my schedule I think has finally taken its toll on me. Before I could start the NutriBullet this morning, mom called. I didn’t even have the energy to greet her properly, even though I knew she was also trying to put her best foot forward. She was up to date with my latest blog and so she knew that the camping trip had not taken place as planned. We talked a bit about how I had prepared and I showed her a few things that I had gotten. She realized that I had really been looking forward to having that experience, but assured me that there would be other times. She spoke about the difficulty of the new system recently brought to her job, which she still taking some time to get used to. This week was a rough one for her too. Even though we started talking so late, Mom didn’t have a clue what to have for dinner. While we were talking another call came to my phone and so I told Mom I call her back. It was my friend with whom I’ve been making the camping plans, wanting to find out if we could do something else to which I agreed. She told me of her difficult experience with the side effects of the vaccine and reminded me that I should ensure that I take some ibuprofen at least 3 days before getting my shot.

Once I finished making my smoothie and talking with my friend, I called back Mom who had decided on a plantain, an egg and bread for dinner. I could totally understand where Mom was right now, with respect to not knowing what to eat. It’s much harder when you don’t plan what your meals will be ahead of time. I remembered once, feeling as though I was always thinking about food, just so I would know what to purchase when I went to the supermarket. I didn’t like that feeling at all, because I don’t want to be ruled by food. My brother had come in the kitchen also scrounging for food. He had finished working from about 7:30 that evening, but also didn’t know what to have for dinner. While mom had been making her dinner in the kitchen I was talking to both of them. I continued to talk with mom until she went back into the living room to have her dinner. I started showing her something and my brother wanted to see what it was as well. By no Mom was eating and watching TV and so my brother took over the phone and we continue talking about many things. My brother had found himself deeply and grossed and quite passionate about Forex trading. I was so happy to hear him talk about it and try to explain it to me, with little idea of what it’s about. I remembered when he was in his early teens and I was trying to find out from him what he was passionate about and we just couldn’t identify it then. But I could finally hear it in my brother’s voice today and I was really proud of him. He spoke of not only the highs of the experience but of the terrible lows and how much it impacted on his psychological state. It was clear to me that he had been growing and maturing through this experience and I just wanted to continue to encourage and support him. I finished talking with my brother around 13:00 and then made lunch which I sat down to by about 14:00. Of course I wasn’t sure what I was going to have for lunch, but just went into the kitchen and steamed some carrots pumpkins and asparagus. I tossed some chicken in the toaster oven at the same time. I felt I had no energy nor motivation to do anything. 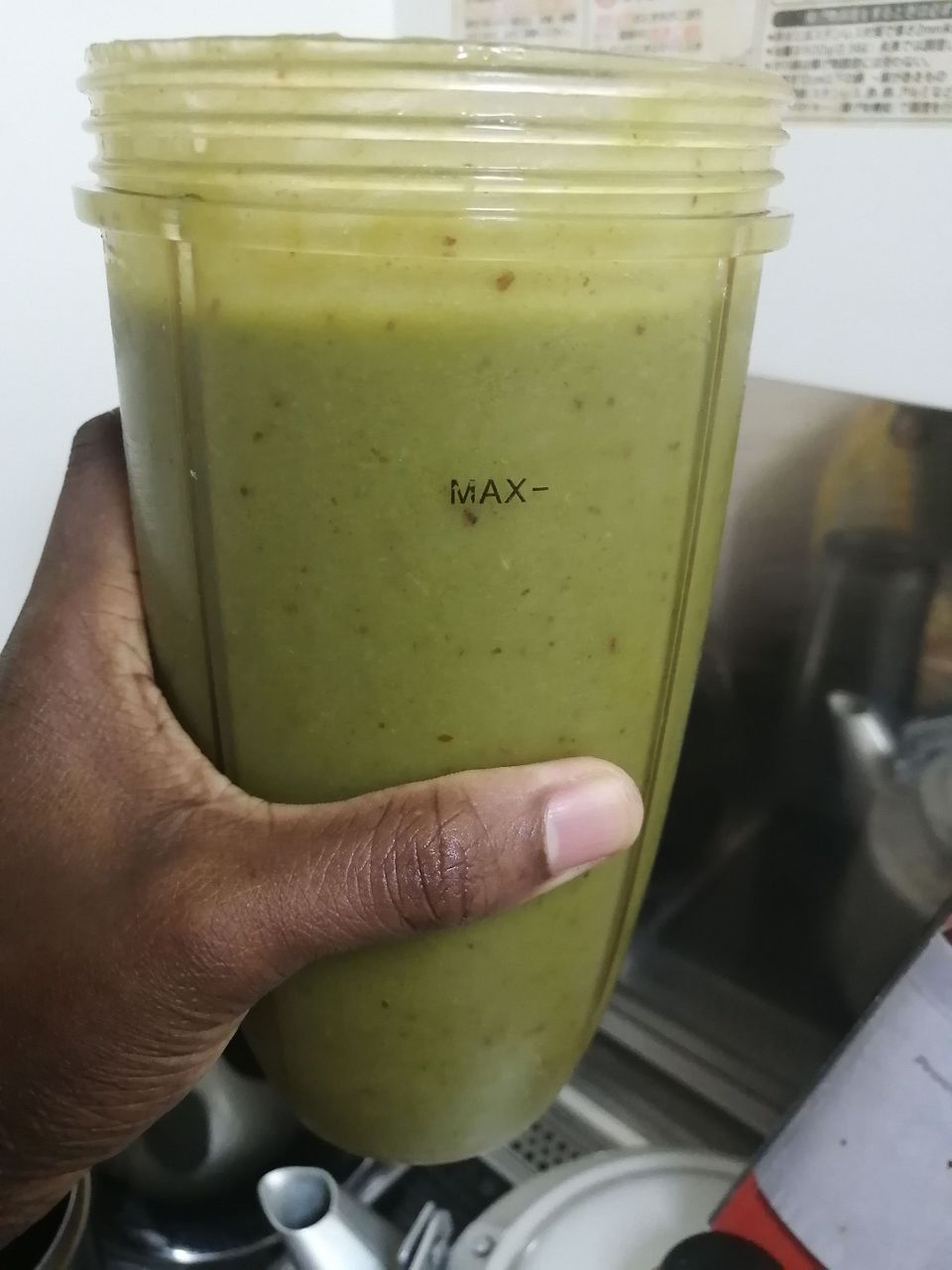 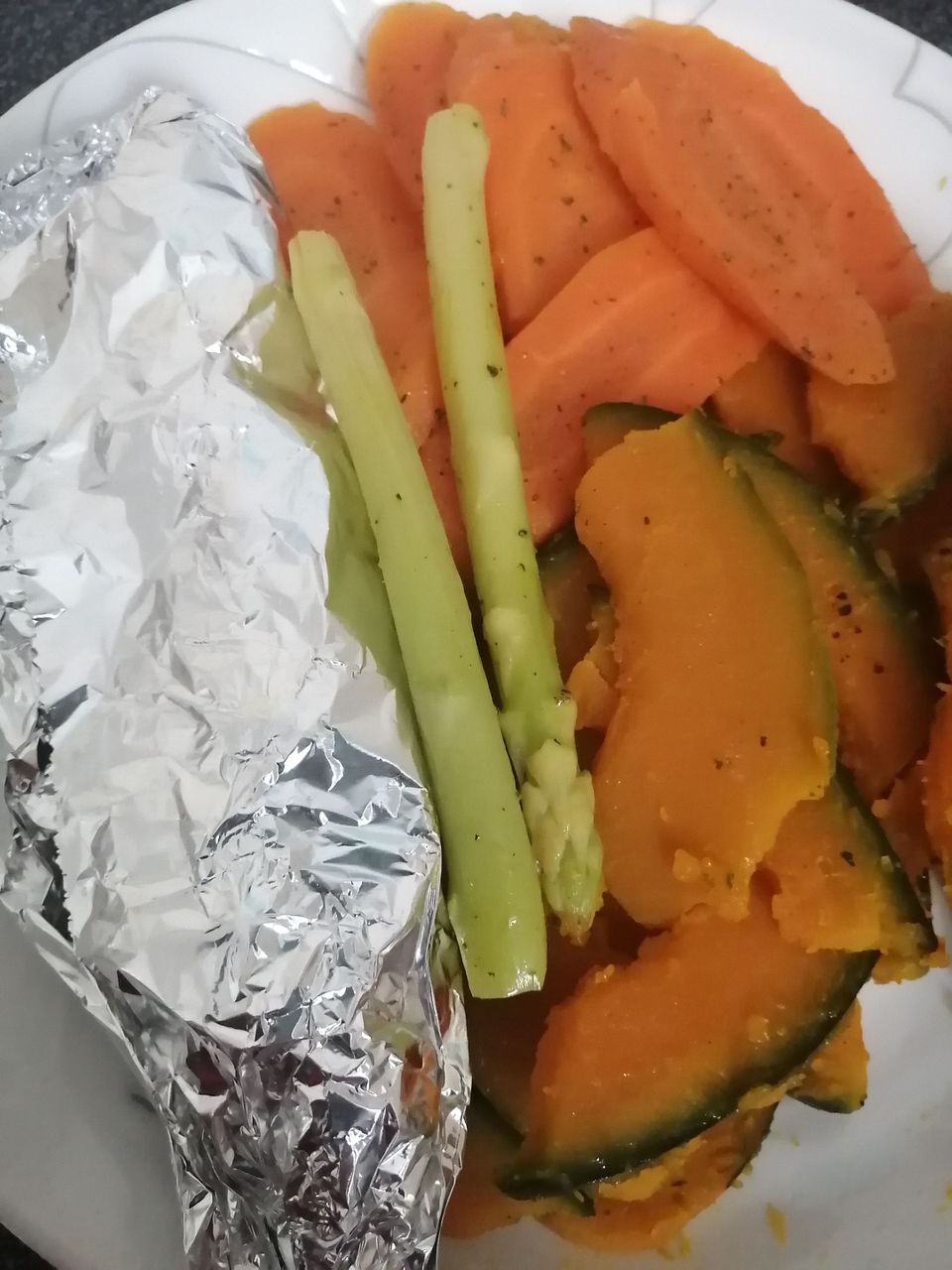 The day was basically done and I didn’t like how it felt, nor how I was feeling. My friend was trying to plan the camping trip for next weekend after I advised that in October I’d be working on Saturdays. I realized it was frustrating me a little trying to think about the suggestions that were being made. I believed those suggestions would only make me more exhausted next weekend, since I would be finishing work at 21:30 on Friday night. I want my first camping experience to not only be memorable, but enjoyable. I told them that the upcoming weekend would not be good for me. I will however join them tomorrow morning for breakfast by the sea. That put me in another frame of mind to consider what to take with me to cook by the sea. Should I just take my smoothie? I watched as the time dwindled away and I thought about going to the homeless Street Ministry today, especially to witness the baptism of one of the homeless persons. But I felt so exasperated and I told myself it was okay not to push to go. And so instead, I sat in my entertainment spot and watched the news while doing my hair then continued watching two programs produced by NHK which were really encouraging and touching. I hadn’t really planned to do my hair, but I had gotten an idea to twist the sides of the front section of my hair and then I just decided to continue starting from the back.

It was time for the 17:00 news on NHK, and after watching the 15:00 news and the 16:00 news and observing that they were the exact same thing, and knew I didn’t want to see the news again. I had not been in the mood to try and find a movie online and this is a telling sign of how I was really feeling. An email with the schedule had come in from one of the companies I work with. It was the same company that I would work for on Friday that will end at 21:30 p.m. The schedule showed me the number of classes, the time and the materials that I’d be using. I saw something on familia on the schedule and I reluctantly got up and went to my work computer, trying to see if I could get some answers to it. I also remember that there had been an email that had come from a different company over a week ago that I had told myself I would have gotten back to, but had completely forgotten about it I was feeling so out of it. I thought I must be hungry and so I decided I’d make some tea and have a sweet bean mochi snack. It seemed everything I had today was sweet. From the chicken on the wooden skewers, the carrots and pumpkins for lunch, to the sweet bean mochi snack and marshmallows I decided to taste. I had also had another snack in between which had a sweetish taste too. Even the tea had a sweet aftertaste which totally ruined it for me when I was having the sweet bean snack. I had to have pickled plums with the last of the steamed pumpkin to break up the sweet and smooth taste. Just before I had the tea and sweet bean snack, I decided I’d have my favorite Japanese fruit, kaki. The orange colored fruit was a little disappointing however as it did not have that firmness that I like and it in fact was not as sweet as I thought it would have been. That’s basically what I ate today and I suppose I’m satisfied or something. 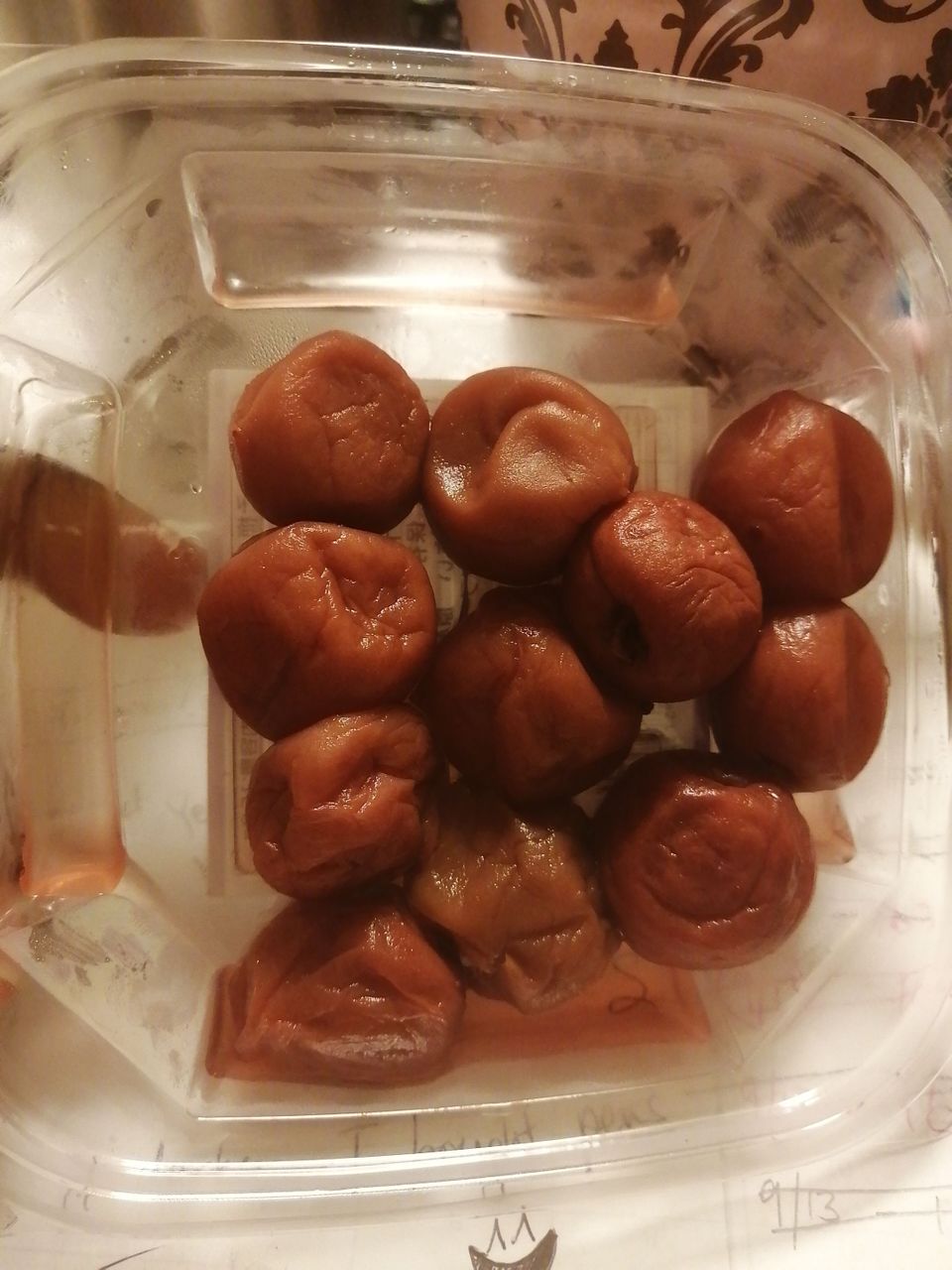 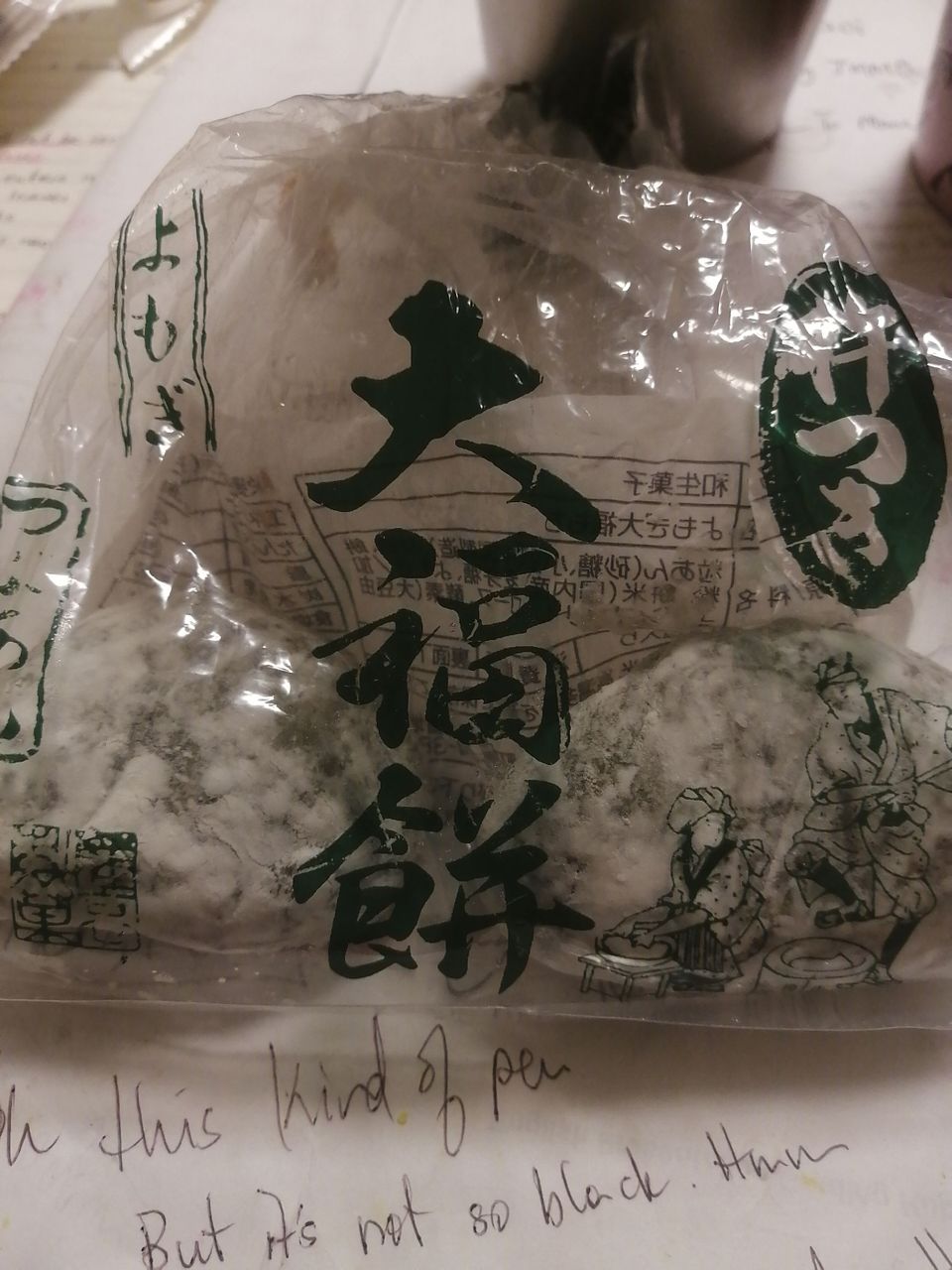 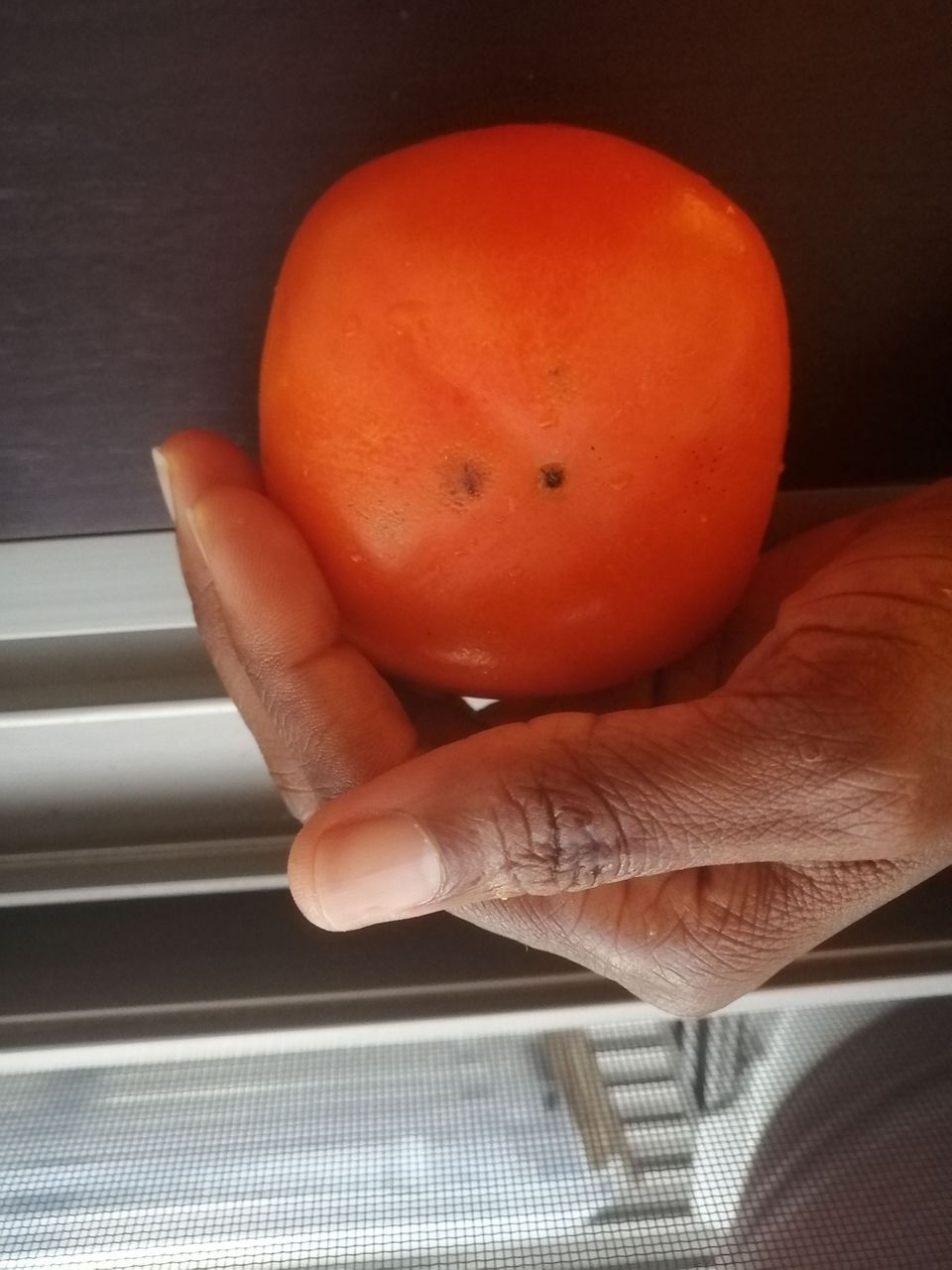 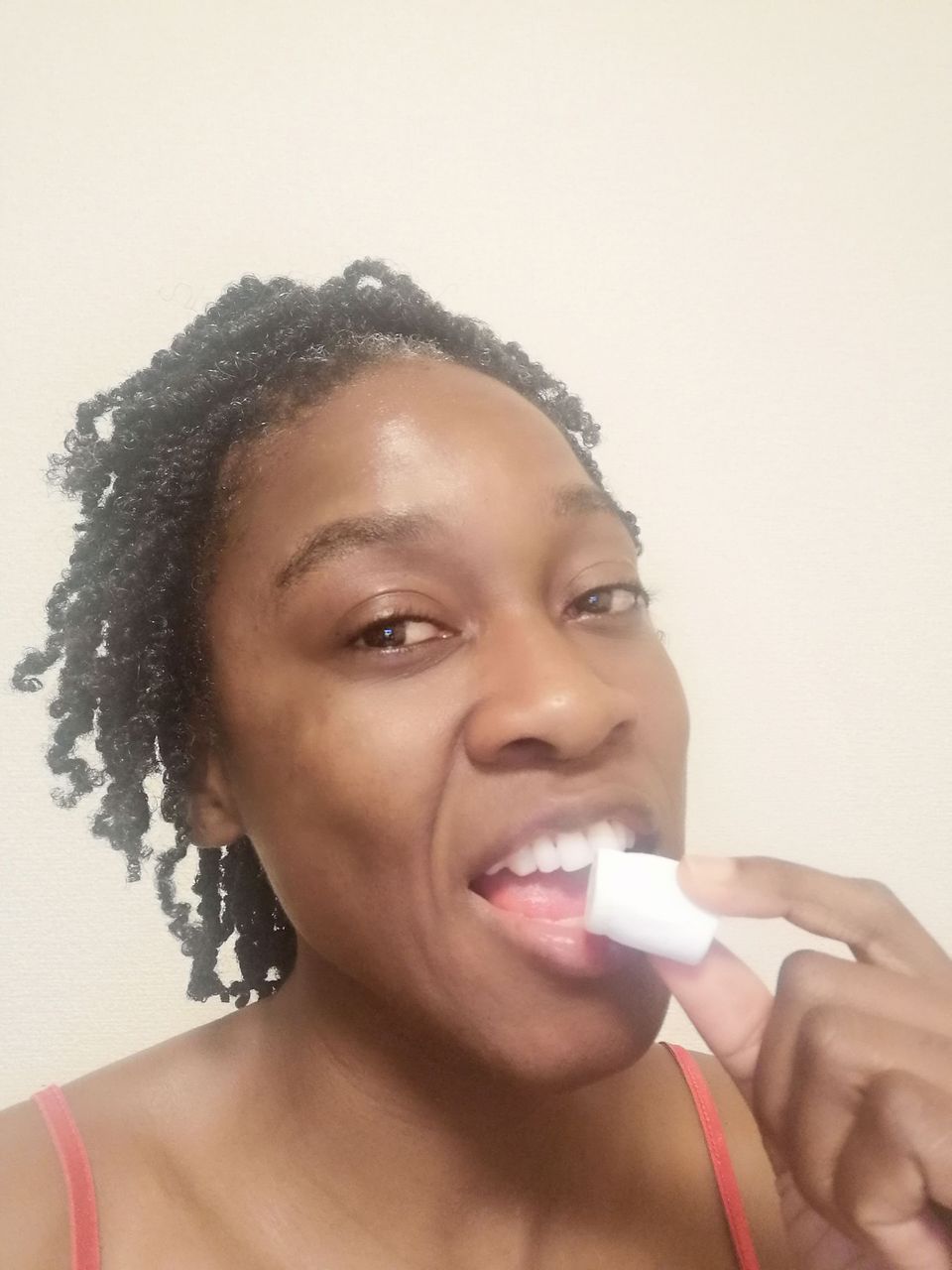 I’m yet to decide what I’ll have for breakfast by the seaside tomorrow. And since I will believing home before the supermarket opens at 7:00 a.m. tomorrow, I have to go to the supermarket tonight and just get something to go with the bacon that I bought. It’s been a rough ride, but I’m coming out on the other side.

Thank you for journeying with me on today’s entry. Please support by leaving a comment below or sharing this with someone who might enjoy the journey. Remember to follow stacypersonallyapeaking.wordpress.com to get posts directly in your inbox. You can also watch me on my YouTube channel Stacy Personally Speaking to see me in person. 19:07