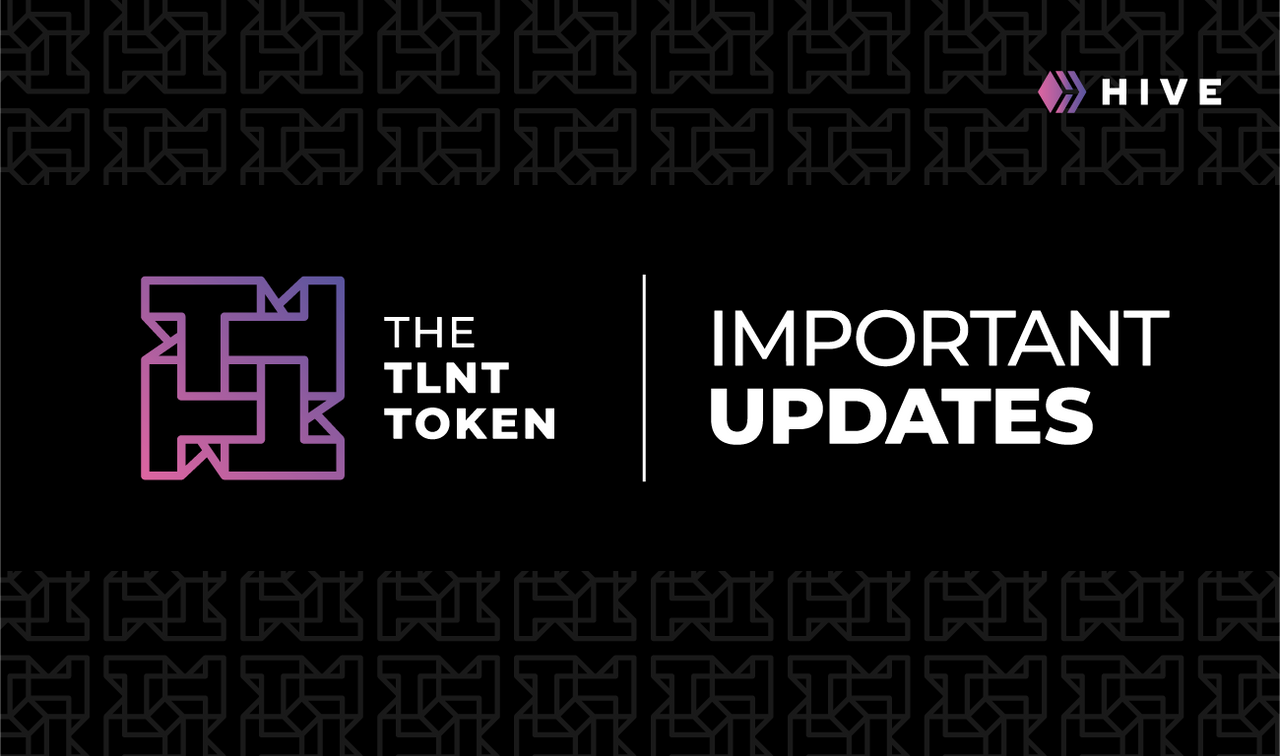 Know more about the TLNT token introduction and its Buy & Burn system.

Short introduction about the token

As you know, the TLNT token it's the currency that represents percentages of The Talent Club project that can be acquired in the market, so that our buyers can enjoy a percentage of the curation rewards of our club on a monthly basis as if it were dividends from stocks of a company on the stock market.

That said percentage is determined by the number of tokens in circulation, minus those that are burned, that is the current circulating supply of a month, representing the 100% of that said supply a 45% of club curation rewards: around 400 $HIVE/month, today.

The good thing about this is that with a single purchase, you can be generating benefits for life and also these benefits will grow as the club grows as well.

But not only you do earn more for buying more but, when any other investor buys our token, an equal number of tokens are burned, which means that you, without having bought more, now have a greater percentage of the current supply and therefore will generate more profit thanks to any other token buyer.

In addition, the purpose of this token is that, over a few years (even less), you have recovered the initial purchase amount, continue to generate benefits for life and on top of that you are in possession of a token that can revalue a lot over time (at least much more of for the price you bought it at).

Everything generated from the sale of tokens is reinvested in the club so that makes everyone, both members and investors, generate more profits each month.

Note 1: Since the rewards attached to the token are associated with the activity of the club for a whole month, to earn 100% of what corresponds to you for your percentage of the current circulating supply, you will have to have bought at the beginning of the month. In any case, you would be paid what corresponds to you, for example, if you bought in the middle of the month (15 days holding) you would be paid 50% of the curation rewards that would correspond to your whole percentage.

Note 2: No staking implemented so you can sell whenever you want, but once you sold, you won't be able to claim for payment at the end of the month although you've been holding tokens for the 20 first days of a month, let's say.

We are removing, from this month on, the requirement of holding minimum a 1% of the current circulating supply of our TLNT token in order to generate monthly profits. This means that any user with a minimum of 1 TLNT in his wallet during a full month will generate a profit.

We are removing, from this month on, the option to become a member of the Executive Board for a 400,000 TLNT purchase.

We said in the token introduction that we were going to release 1M tokens per year, however we have thought of another way that will allow us to see the true potential of this token much sooner and, that is, by burning a large number of tokens and accelerating the release of the entire maximum supply to 2023, wich will lead to finally have a total circulating supply (after burns) of 11M tokens.

We also said that each year our token would go on sale on our part with a price increase of 25% compared to the previous year, however, by burning so many tokens and moving forward so many years, the price would have revalued a lot and this is not what we want actually, since we prefer that the token is now at very affordable prices so that any user of the platform can buy it, be a participant in the club and enjoy the revaluation of the price of the token once all the supply is out.

The technical information regarding the burning and prices for the coming years will be as follows:

Are you trying to pump your own bags?

Why are club members the largest holders?

Why would I want to buy a token associated with the income of a private club?

There are projects that offer passive income just for delegating them so, why would I want to buy your token for earning passive income?

Why do you modify the tokenomics now when the previous system was perfect for the current largest holders, mostly club members, who have a large amount of current circulating supply and who will be negatively affected by high inflation such as the one in the following years?