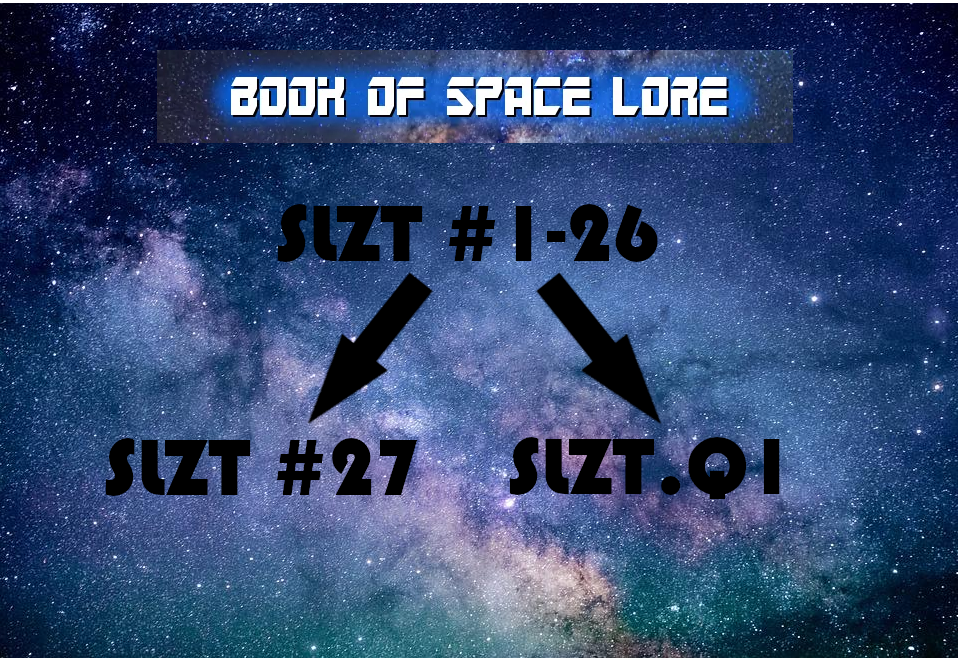 For 26 parts the story of Book of Space Lore Log SLZT has gone back and forth between myself and @therneau. There is another story that is a stub I have not revived yet that @therneau started AGES ago. I will be turning my attention to that one soon enough haha.

Now with the event of SLZT#26 we have a whole swathe of new characters and potential. @therneau and I have agreed to branch out the story from here... as was intended 3 years and more ago!

Elizabeth pumped the gas on their transport.

It was a vehicle Peter and the team had put together over 6 months while working out in the field in Africa. It had no more brand name as the chassis was built by a bunch of engineering students and the engine was a prototype that the Professor had been working on.

Peter nervously flicked through the satellite images and scans that revealed the ever-growing spot of decay.

"This does not look good Proffessor." Peter said.

"It is our duty to observe, study and report." Proffessor Gray said grimly. "Even if it costs us our lives."

"Do you have any idea what could have done this?" Elizabeth asked from the driving compartment.

"There is a theory." The Professor said. "Just hope that I am wrong."

The beetles scuttled across the landscape, sucking in moisture, solid matter and energy as they went along. This planet was rich with minerals and solvents. All the building blocks that were required for life, both basic and advanced.

The Queen was pleased. This continent was the richest of all of those on the planet, the rest had been depleated and her sensors told her that the metals and other materials native to these regions were in space as well as scattered about the planet in habitations for the planet's inhabitants.

She was sure that these creatures thought of themselves as superior, having dominated the planet. Such hubris was the downfall of many species both biological and mechanical.

She turned her attention to a specimen she found wandering in the forest. Her drones had captured it. Four limbs. Two back legs and two frontal arms that had five fingers on each limb. These fingers were nimble and could grasp tools and manipulate things.

She used her drones to turn a couple dozen of them into a larger construct that could perform more tests and scans. The thing did not have much of a brain. She doubted that it was able to develop space craft.

More of her swarm reported a metallic vehicle approaching. She let the specimen go. It was not the species that was in charge of the planet after all. It schreeched and bounded up a tree.

Even at this distance she recognised them and she was delighted. A cold and calculating pleasure steeled over her. These creatures were the ones that were the same as the male biological life form that had stolen her Ocophial.

She had found its home world!

They stopped the transport at the top of the hill.

The valley below them was swarming with activity. Creatures, like large metalling beetles the size of cats were churning up the landscape. Threes, bushes, water, everything was being consumed. In some places they were gouging out the earth, tunneling and excavating tunnels.

"What are those?" The Proffessor asked, he pointed at larger metallic structures in the distance. "Elizabeth, bring me the binoculars."

"You got it Prof." The muscular woman said. She fetched the black binoculars and handed them to the Professor.

He put them to his eyes and gasped. "They are reproducing!"

Let me just drop that there...

The keyboard is passed on to @therneau to add on SLZT.Q3

The Reader List:
If you would like to be tagged in every episode of Book of Space Lore SLZT, leave us a comment and get added in, miss nothing!

@therneau and I have added in some people that have been following this story or some of our other stories.

If, for any reason, you'd like to be removed from the list, you can mention that anytime.