This Is Your Brain On Government. Why Addiction To Government Is Dangerous.

ura-soul76
a month ago
inProof of Brain

Addictions are repeated behaviours and thought patterns which we continue even in the face of knowing that they are harming us. By repeating the pattern we mistakenly believe we are fixing a problem, but we actually both do damage and even reinforce the conditions that make solving our challenges even more difficult. Could it be that this extends into politics too? Let's find the traps... 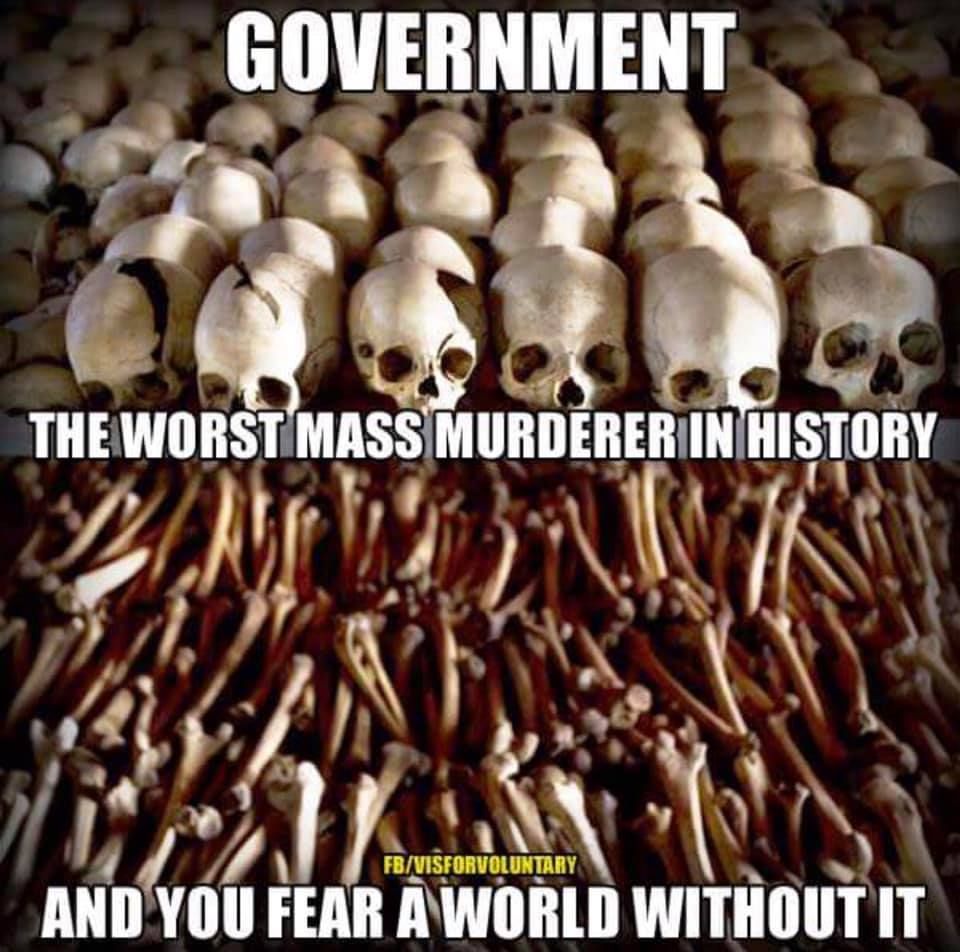 The mindfield of the human experience can be confusing and is full of pitfalls that can harm, hinder and even kill the unwitting. From chemical/biological addictions to suicide cults and boring day jobs that build stress for little reward, there are a long list of ways that our own thinking will get us killed - even while we believe we are helping ourselves!

While it is common for people to acknowledge the dangers of alcohol, tobacco and other chemicals that can result in addiction for some of us, we rarely venture into looking soberly at how other aspects of our lives mirror the problems involved. The drug pushers on the streets that sell crack cocaine and heroin are made out to be demons who should be rejected and imprisoned, but the corporations that sell alcohol and tobacco - some of the biggest killers and destroyers of wellbeing on Earth, are allowed to continue. This imbalance occurs primarily due to the existence of government and the thinking of the people in government that are deciding these things.

The 'ideal' and 'holy' image of government is of a group of highly capable people who enact the will of the rest of the people. A sacred task that is on par with spiritual connection with God in terms of it's importance and the need for integrity. In reality, we all know - clear as day - that there are major issues of corruption involved with government. Not only do governments rarely even follow their own rules, they often openly invite massive bribes from 'lobbyists' which results in policies essentially being simply bought by whoever has the most money.

Scientific study has revealed that in the US, the thoughts of 95% of the population with the least money have absolutely no impact on the policies made by government. It is only the top 5% who have any ability at all to change the policies being made.

So if most of us realise this to some extent and we know that we are essentially being enslaved by arch criminals dressed up as priests of governance, then why are we continuing to allow the situation to continue? 95% of people are the victims and yet the 5% continue on without much challenge! Part of the reason here is that those with the most resources and ability to change the situation are also the most comfortable and so the least likely to help out. Those in most need of change are the least able to effect change using the system.

The situation is much like a boat with a hole that will eventually sink. Those closest to the hole are desperately trying to bail out the water, while those furthest from getting wet continue drinking cocktails as if there is no problem. The truth is that until it is almost too late to save anyone, the 'driest' (wealthiest) will rarely ever do much more than give a token well wish of solidarity.

The 'philanthropists' are almost never really doing much that will help anyone but themselves too - in many cases they are the least liked people among us who are using a percentage of their wealth to try to improve their own PR so that they don't feel so paranoid once they leave their palatial grounds.

The real kicker here is that the 95% who are suffering, to varying degrees, as a result of the situation are actually the ones holding the situation in place. Despite it seeming as if the average person has little or no power to change anything and despite them being played in almost every way imaginable to make sure that they don't take action to change the situation - it is their own addiction that is stopping the needed change.

The idea behind government is sold as if it is an organic one that 'the people' came up with in order to organise and create ideal outcomes. However, what we actually have is closer to a totally synthetic system that carefully scripts events and uses deep psychological analysis to send carefully constructed images into the minds of the people to ensure the continuation of a power pyramid that disempowers almost everyone. The way this works needs to be examined now and is essentially the same as other addictions. 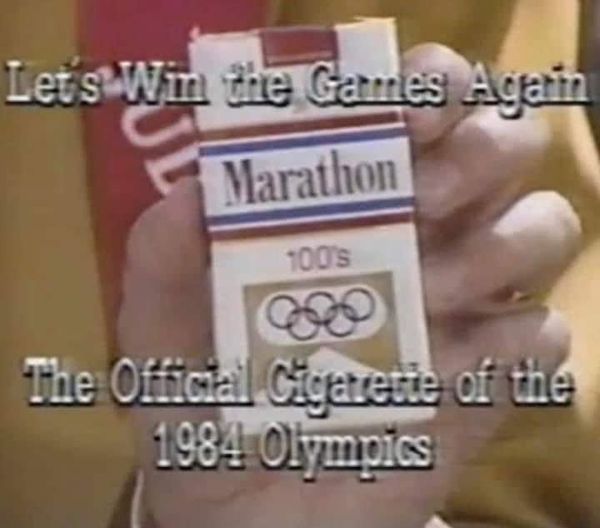 Just like tobacco companies using enticing advertising to frame smoking as a glamorous activity that will bring sexual success or the respect of others - government is also being promoted in manipulative ways. While the social media campaigns, billboards and press conferences of government are one obvious part of this, there are far more manipulative and subliminal strategies at play.

The model here is simple, the agents of government create a problem that the people demand a solution to and then the government proposes it's solution, which was actually what they wanted to do all along but could not do without the necessary problem having been created.

I posted long ago a long list of admitted false flag attacks. These are violent attacks of war that governments designed in such a way that their opponent would get blamed, thus enabling them to pass unpopular legislation that their people now demanded in order to 'protect' them from the 'threat' that they themselves had actually created. This is a way for corrupt governments to achieve personal goals that tend to result in them getting rich or achieving other aims which are not in alignment with the purpose of government or the will of the people.

But it gets worse.

Not only are evil doers in government willing to kill large numbers of people, including those in their own nations, in order to achieve their own power goals - they are absolutely ready to utilise addiction mechanisms to stay at the top of artificial power hierarchies too.

The more the people of a nation feel threatened, the more they need a remedy to protect them. However, the more power their government gets, the less able they themselves are to protect themselves and the more dependent they are on the government agents. Therefore, corrupt agents simply need to continually create threats to the population and they themselves then gain more and more power. The only reason this has continued is because so few people have wanted to accept that this is happening and so those who do realise are easily ridiculed and perhaps lack the collective power needed to change things.

So just like chemical addictions, these spiritual addictions have people repeatedly carrying out behaviour pattens such as voting and relying on governments to help solve their challenges, when experience over hundreds of years has shown that this almost never works. Just like a crack addict thinking that just one more hit will end their pain, voters seem to think that 'just one more election' will make things right - when it literally never has and never will.

As long as we claim that centralised governance will solve our problems, we continue to deny our own power and the real causes of the problems - plus we deny the real solutions. Many of society's problems originate in massive power imbalance and the inability of people to effect change that improves their own lives due to restrictions held in place by the decisions of governments and their cronies. There is no way to solve such problems that does not involve decentralisation, which includes each individual having more power over their own destiny than they currently do.

This would be relatively simple to fix if it weren't for the reality that people have gotten so used to denying the situation, that just like the habitual smoker, they refused to notice that their thinking and behaviours are largely going on without examination. Rather than acknowledge their own lost power and how painful it is to be in this situation, they are conditioned to shout at the TV, to blame others or to protest and beg the political systems for change. There is a huge lack of love, power, light and understanding here that most people are avoiding.

As with all addictions, the first step is to accept the truth of the problem.
The next step is to shed light on what is really happening and to identify solutions.
Typically, this involves getting to the root causes of why the behaviours are in place and why we are so emotionally and psychologically attached to them. Usually, we are avoiding pain or emotions of some kind and trying to cover up the hole this has left in our lives.

In the case of alternative governance, there are many possible solutions that would benefit humanity and it is up to our own free will to choose what is right for our own needs.

When people stop smoking, once they detox and get through the rough part, they will feel more energy, cleaner headed, healthier and generally happier. The same is true once we reclaim our own lost destiny.

It's not up to me to 'govern' YOU into a new way of being free, that's part of your own free will to achieve for yourself - but i'll give you a clue - you start out by not consenting to giving your will away and having your own will controlled!