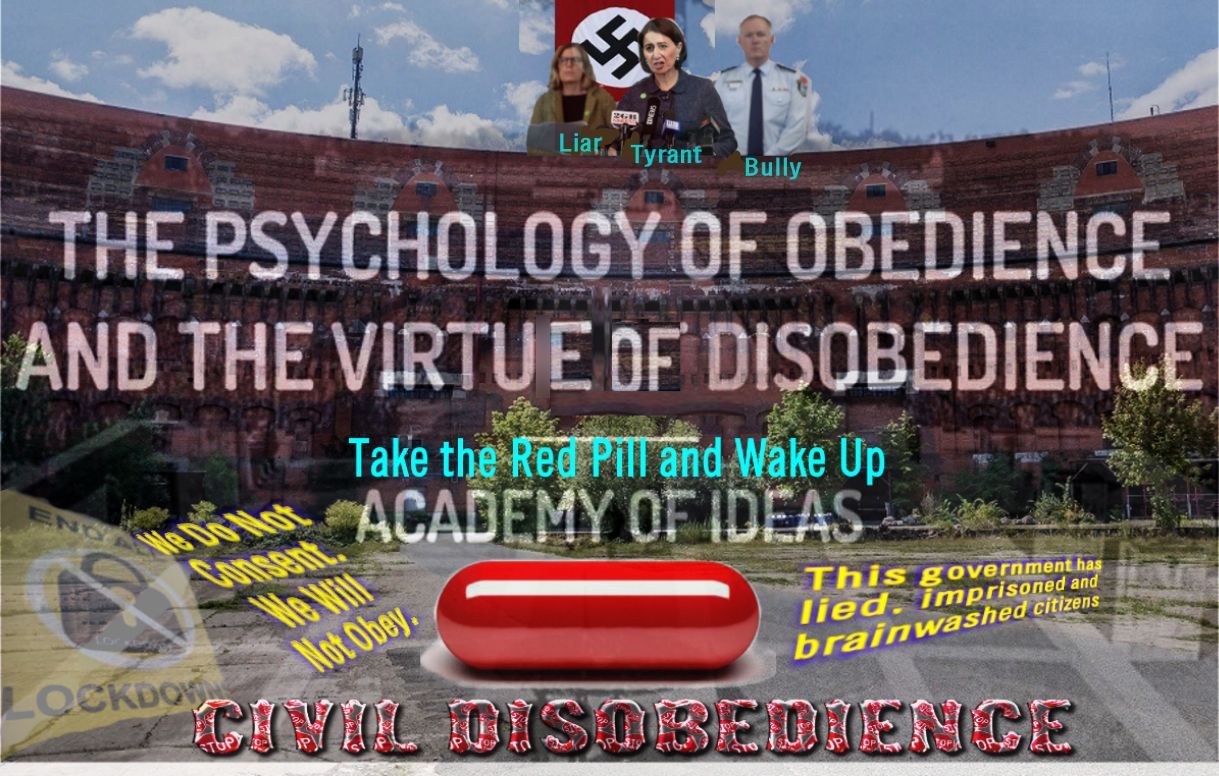 Fitting together the correct story of Covid19 origin and spread is obviously crucial to billions of people, but the reason for its importance may vary greatly and that's without taking the researchers unavoidable biases into account. Of major concern to myself is the way the pandemic appears to have been hijacked by the Govt as a way to generate fear, giving them an excuse to use emergency powers to issue edicts. Rules that have nothing to do with Health, but ARE in line with classic brainwash methods, and then proceed to condition the public into compliant zombies who obey non-sensical laws. Swiftly bringing in a police state the public can be divested of rights and the tyranny can embed itself in, safe as long as the masses remain asleep at the wheel having ceded the driving to Authority. The facts I can verify are laid out below.

“On 31 Dec. 2019, the WHO was informed of a cluster of cases of pneumonia of unknown cause detected in Wuhan City, Hubei Province, China. On 12 Jan 2020, it was ‘announced’ that a novel coronavirus had been identified in samples obtained from cases and that initial analysis of virus genetic sequences suggested that this was the cause of the outbreak. This virus is referred to as SARS-CoV-2, and the associated disease as COVID-19.”

The 3 words I've marked in italics are raising critical question marks to me about the narrative, but put that aside for now to move posts story forward.
In fact, what was found in the alleged first Wuhan Covid patient’s bronchial lavage and identified as a cause for his illness is the genome sequence CGG CGG. This double CGG does not appear in any of the other (1000+) corona viruses and various researchers noted, “The SARS-CoV-2 Spike protein has a broad tropism for mammalian ACE2 proteins” Layman terms it shows that this double CGG does not replicate in a bat, rat, mice, chevet, pangolin, but it does replicate in a primate and best in a human. Thanks to the spike's specific genome sequence that needs the human ACE2 Receptor as its binding protein.


This viral spike with the double CGG genome can be replicated in a ‘humanist mouse’ (genetically modified mouse having human lung tissue) as they did in Wuhan Institute of Virology Lab (WIV) which is 1 mile from where the alleged first Covid19 patient was found, and on that day, Dr Zing-ly Shi wondered whether this was caused by her lab. Jump back to 2018 Dr Zing-ly Shi published that her lab succeeded in producing a coronavirus spike protein that could bind to the human ACE2 receptor by means of this double CGG; note it was 99.5% optimized.

The double CGG genome is the same as that of the spike protein which is to be produced by the Covid vaccines. To note is that Covid vaccine mRNA-1273 – the experimental vaccine developed by Moderna for COVID-19 Patent (US)10,702,600 which is relating to;

The specific claims addressing the pivot to the SARS Coronavirus were patented on March 28, 2019 – 9 months before the SARS CoV-2 outbreak! I doubt this action was the result of a magic crystal ball. 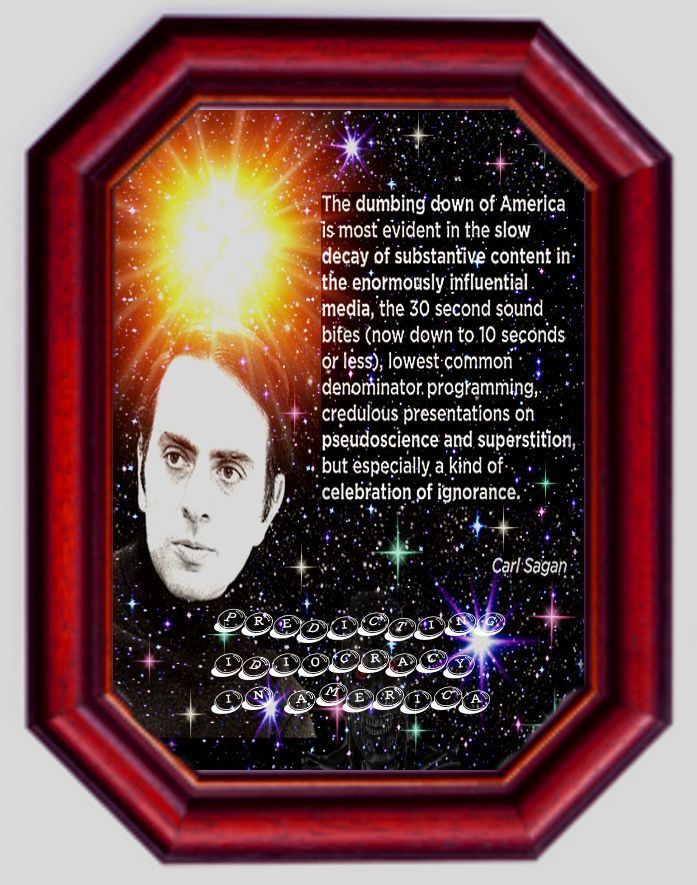 The patent action does raise a logical suspicion that the first known Covid patient was actually a victim of a clinical trial of a combination influenza/SARS-CoV-2 vaccine or an accidental release of said Spike protein into Wuhan occurred.

If we look back to 2016 The National Institute for Health (NIH) file patent application WO 2018081318A1 “Prefusion Coronavirus Spike Proteins and their Use” disclosing mRNA technology that overlaps (and is used in tandem with) Moderna’s technology
Lead Inventor Barney Scott Graham was well known to Moderna as he’s the person at NIH that Moderna “e-mailed” to get the sequence for SARS CoV-2 according to Moderna’s report below.

“In January 2020, once it was discovered that the infection in Wuhan was caused by a novel coronavirus, Bancel quickly emailed Dr. Barney Graham, deputy director of the Vaccine Research Center at the National Institutes of Health, asking him to send the genetic sequence for the virus.”

Jump further back in time again; co-inventor Jason McLellan worked with Graham on a vaccine patent jointly owned with the Chinese government and filed copyright patents in Australia in 2013

The abovementioned facts contradict that SARS-CoV-2 was found as a virus sample taken from a patient, isolated and proved to cause Covid-19. Moreover, all that can be truly stated is that Covid-19 is caused by a spike with the double CGG genome; originating either from the WIV Wuhan lab or from a trial vaccine.

This result is a driving force behind the Freedom of Information Act requests to Govts and Medical Researchers, NGO's even the untrusted WHO to supply proof/evidence of a pure isolated Sars-Cov-2 virus sampled from a human patient.

At the time of writing I have also been made aware of rumours that another Virus research lab in Russia is attracting scrutiny but without a smoking gun I am not going to even look at slotting in a Russian variable into the puzzle, so lets carpark that unless hard evidence is found.

What I believe has happened in Australia, is that globalists have triggered a long time plan, on the basis of 'never let a good crises go to waste' and are using an exaggerated fiction of covid19 outbreaks to manipulate the Australian public into such a hypnotized state we will allow them to enact a drastic regime change and embed a totalitarian technocracy.

BUT! If there is no pure isolated virus sample, and so far none has been found anywhere, then we can call out those in authority to cease all actions related to covid19 and recind all emergency powers.
Because without a pure isolated virus sample, the curtain is pulled back and the insanity stops.
Below author is unknown but explains it with far greater panache than I. Hopefully you can see why getting an answer no evidence or docs or data matching your query can be found is a GOOD thing, sure it means we were conned by big pharma, the WEF elites, WHO etc. But I can live with that to get Australia's liberty back. 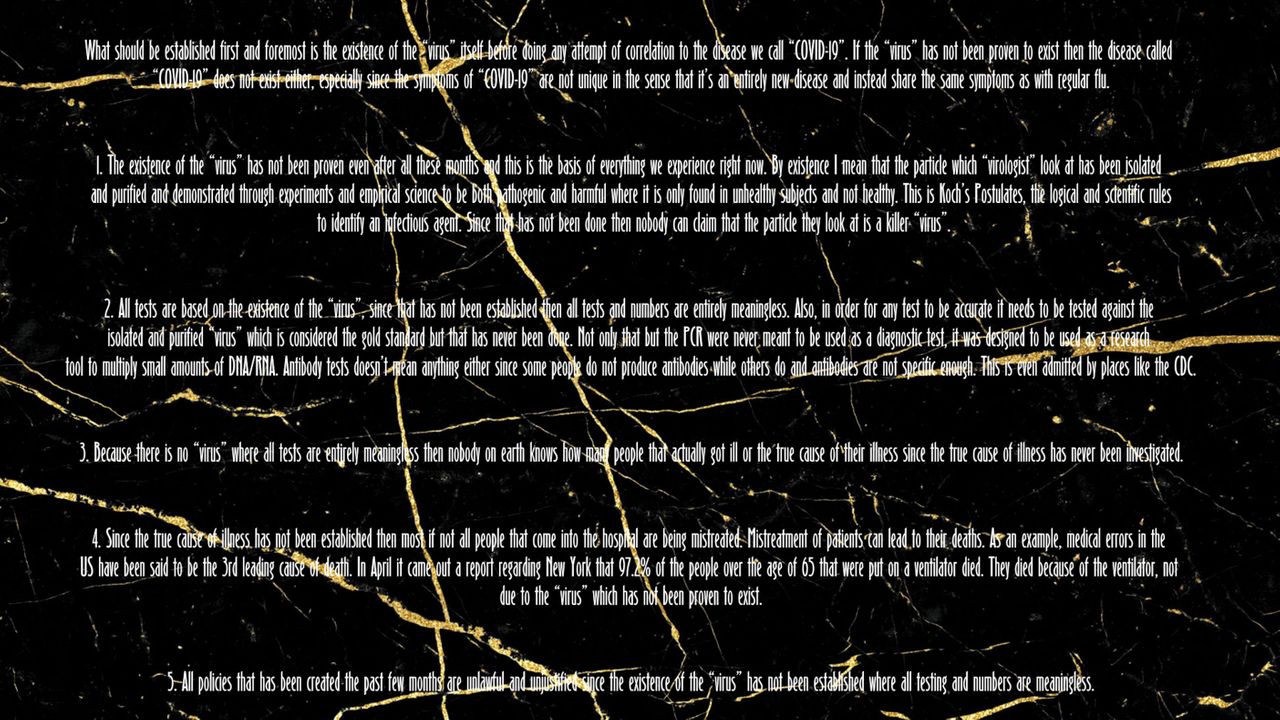 
I'm waiting to get a reply now.
And hoping for an answer to kick tyranny to the curb.