4 More Ways to Decline the Vaccine

This is really just an artistic postscript to my Vaccine Exemptions post. But worth doing as we'll need every legal reason we can find once the dictators have settled in. 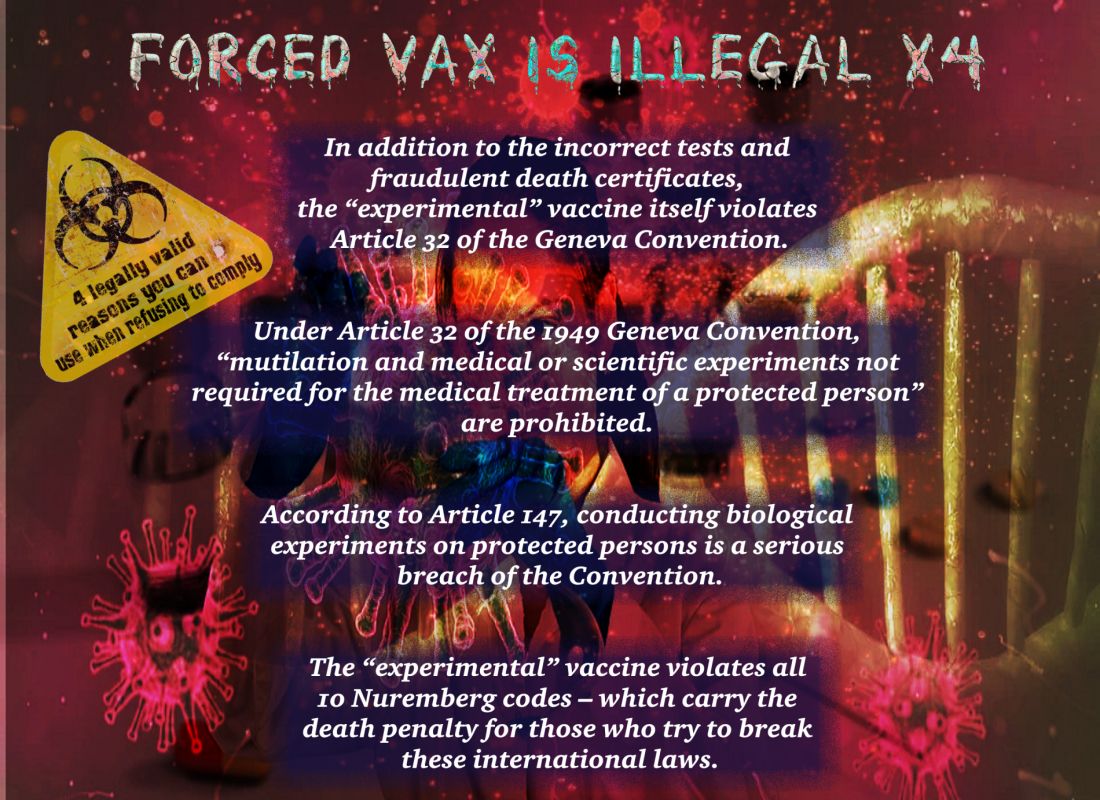 A Law Firm in New York is fighting the mandatory vaccines rollout plan.
It's not clear that employers have the legal right to require employees to get vaccinated with a vaccine that has only an emergency use authorization (EUA), an authorization they were only granted due to the WHO, and other big pharma linked players preventing Ivermectin from getting any visibility as a safe alternative.

Some good news in the USA, Alabama (Signed into Law): Senate Bill 267 prohibits local and state government entities from issuing vaccine passports or requiring an individual to receive an immunization as a condition for receiving government benefits or services.

From what I can gather in the US, mandatory vaccines are being backed at a Federal level, pushback resistance is from individual States. The Nuremburg code is frequently cited as the reason, I include it as #4 in the 4 ways to refuse. Nuremberg Code, a ten point statement delimiting permissible medical experimentation on human subjects, came out of the trials held in 1947 after WWII drawn up in response to the human experiments carried out by the Nazis.

More info can be found at these links. In my view forced covid 19 vaccines would be in breach of every single one of the ten points that make up the code.


Its importance should be evidenced by the fact that based on the code 1000 lawyers and 10,000 medical doctors have just filed a Class Action suit against the CDC, WHO and the Davos Group for crimes against humanity.

I personally will be cheering them on and hope all three get crucified in court.