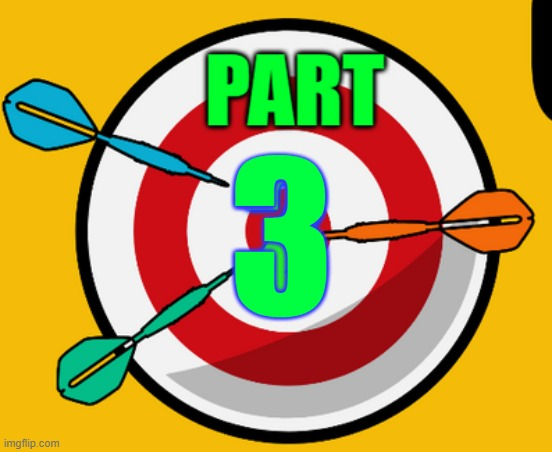 It's been about two weeks since the last ​update on my hive goals. One goal I set was to type out my goal progress *two times a month as to help keep me motiviated to reach them thus the reason for this post. To read the past "My Goals" posts click Part 1 / Part 2.

My main strategy to gain more HIVE is to sell some of my Splinterlands assests. I have been looking at a couple cards in which I have "extra" of but I haven't listed any for sale yet. I'll likely list some for sale within the next 24 hours. I have managed to build a little extra HIVE trading on HIVE-ENGINE but the amount is rather small. If I had to estimate I would say I'm up about 100 HIVE within the last three weeks.

Selling Off A Tribe Token

I mentioned in my original Hive Goals topic that I was going to powerdown and sell off one of my Tribe tokens. Yesterday I made good on that goal and no longer hold a specific Tribes token. I may or may not rebuy into this tribe in the future but for now I'm focusing on my goals already set.

SPT To One Million

One of the goals I set was to reach One Million SPT tokens. With the price of SPT steady increasing its going to be much harder to reach this goal then first anticipated. I was trying my hand at trading but I got caught inbetween a price jump and ended up with Extra HIVE instead of Extra SPT. Currently I sit at 620,000 SPT tokens. I have plans to powerup the 200,000 SPT tokens I have liquid and delegate 100,000 of that to @monster-curator. The other 100,000 will be delegate to an alt account in which I will use to curate SPT topics. This would mean I will be earning SPT curation rewards from three different accounts instead of just one. This should help with reaching my one million SPT goal. SPT is earned on the Splintertalk frontend which is home to Splinterland players who post about Splinterland topics.

I been actively engaging with the POB Tribe and posted most of my Hive Network Blog topics from its frontend this month. I have a goal set to hopefully reach 100 POB by the end of the month so I can power it up. Currently my POB upvote is worth ziltch and that just won't do. I plan on doing this power up on the first of next month. Hopefully I reach my 100 POB goal which will set up my next POB goal of powering up an additional 125 POB the following month.

Recently my topics haven't been earning much LEO but that's ok. I am slowly adding to my LEO stack of tokens. Currently I have over 1000 LEO powered up and a little over 500 liquid. I always like keeping a portion of my tokens held liquid so I think I will keep things as they are for now. I do plan on powering up more LEO but I'll likely wait until I reach 750/1000 in Liquid Leo before I do so.

I started using a new tribe tag recently. That tribe is known as BroadHive (https://www.broadhive.org/). I randomly used its tag on one of my topics and it hit the BroadHive trending page so I figured any Tribe in which I hit the trending page on is a good one to consider using. There isn't much liquidy currently on the HIVE-Exchange for the BHT token ($1.69/24hours) but I'm not going to let that stop me from collecting it. I have just 100 BHT staked but I hope to drastically increase that amount. I currently have no set goal as to how much BHT I would like to have staked.

Over-all I'm satisfied with my progress over the past two weeks. The only asterisk is the slight blunder I made with my SPT trading. Even that blunder helped with increasing my HIVE so it wasn't a loss just a misdirection of harming one goal (Increase SPT) while helping another (Increasing Hive Holdings). Table below does not include my HIVE coin holdings within my Hive-Engine wallet as that is steadily fluctuating due to my attempt at trading various tokens.