The Mystery of the Tattooed Butt 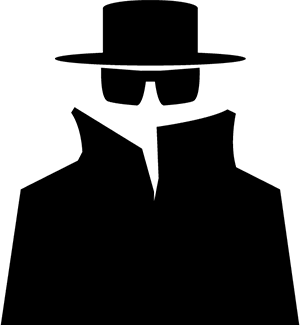 I came across this photo of a tattooed butt on a dirty Facebook group I belong to and I've been laughing real hard for many weeks now about it: I'd be alone at home and the memories of the pic would hit me and I'd start laughing by myself at home 🤣🤣
Sometimes it hits me while I'm walking down the street and I reach deep down inside me and sum up energy to suppress the laughter because I'm walking alone on the street, people shouldn't think I'm mad😂😂

If you're not amused by the pic like me, then I'd tell you, the thing driving me crazy about the pic is, why the fuck would a girl tattoo the words 'Big Ass' on her big ass? What the fuck could be wrong with her? Did she do it to make sure nobody mistakes her big ass for a small ass or what?🤣🤣Like is that even possible? We all see its a big ass, does she not trust our judgement or what? 🤣🤣🤣

Its like writing the word 'dog' on your dog 🐕, like 'ooh, thanks for letting us know, I would have thought it was a deer, you're really kind'. Or like inscribing 'car' on your car, 'Oh, wow, I was this close to calling it a lawn mower. I can't thank you enough for letting us know it was a car by writing the actual word "car" on it. You stupid motherfucker!' 🤣🤣🤣🤣

I've been laughing this hard ever since I first saw this pic some weeks ago, this shit has made my third quarter, fuck! 🤣🤣

Alright, inspired by this booty, I've gone ahead to write a couple of National TV documentary standard reports that attempts to solve the mystery of why/how the hell did someone get the tattoo saying 'Big Ass' on her big ass.

You should read these reports with all seriousness, like a narrator of a crime/mystery documentary showing on National Tv. Thank you.

Janet Williamson was a hardworking friendly young lady living in the neighborhood. She wakes up in the morning, goes to her office clerk job by 9am and when it is 5pm she closes from work, heads on to the mall to buy whatever food stuff is required for the night's meal.

She has always had a huge rear end that she admired dearly and has always loved to receive compliments and stares from men wherever she went, but one day she went to the mall to shop for summer and beach clothings because summer was here and she was going to frequent the beach. There at the mall was this fine gentleman by the corner who just wouldn't look at her back side like every other man. He had his eyes fixed on some torch lights displayed on the shelf. 'what in the hell!' she wondered, how could her ass be thus snubbed, in favour of some fucking torchlights!

Little did she know that fine gentleman over there had crossed eyes, his gaze was fixed upon her booty but it looked like he was focused on the torchlights. Poor Miss Janet Williamson went home that evening still worried about the fine gentleman in the corner. That night she had a nightmare, she was at the beach for summer but the young men all snubbed her booty in favour of a heap of beach sand. She woke up sweating and panting, terrified. 'Oh my God!', she thought, 'I have to do something, these men can't ignore my booty like that, don't they see it is a big booty? What do I have to do to make sure they never make that mistake?'

The next day she went to the Tattooist:

The Booty Certification Agency (BCA) an ancient underground agency was formed in the year of our Lord 1688: A group of men led by Josiah Franklin (Benjamin Franklin's father) began the agency: These men were philanthropists who set out to make things easy for the average booty loving gentlemen of the world. No more would a big booty lover have to scour the streets, corners, pubs, markets, balls, etc looking for big booties, they would simply come to the agency and go through the agency's log book and make their pick from a long range of certified big booties in their localities.

2000 years after the life and times of the Doubting Thomas (Jesus Christ's Apostle) his descendant has emerged somewhere in New York City. Yes, the bloodline of the Doubting Thomas survived the holocaust and all other anti-Semitism campaigns throughout the ages, but sadly, didn't survive the spirit of doubting. In fact, the gene has gotten worse. Young Ebenezer, the doubting Thomas's descendant resident in New York City is the most skeptical motherfucker to walk the earth. He doesn't believe a damn thing you say until you prove it. Sometimes even sight is not enough to quench his doubts. What is more? This young motherfucker has grown to be a big booty lover. He also wants to chose his wife and the only quality he looks out for is, you guessed it: a big booty. Ann on the other hand lives in the same neighborhood as doubting Ebenezer, she has a huge crush on him and he passes by her house everyday but doesn't seem to notice her. She even overheard him, one day, telling his friends that he wants a wife and the quality he was on the lookout for was a big ass. Ann was shocked 'Oh, he wants a big ass? How then hasn't he approached me, doesn't he see the big ass I be pulling along with me?'

She starts to stalk him, and as if that wasn't enough, she hired a Private Investigator to help her do the stalking. The private investigator returns to her after weeks of stalking and tells her about Ebenezer's lineage, 'the man is a skeptical bastard', he had said, 'he sees your booty but my guess is he doesn't believe its a big booty even though he sees it'. That was the craziest thing Ann had ever heard but she still loved the psycho skeptic. She asks her investigator what should be done about it, he thought long and hard, compared his findings and all and said 'a tattoo'. 'A tattoo?' Ann asks. 'Yes, a tattoo.' he replies.

And the rest, they say, is history...

PS: it worked! Ebenezer married her in this stupid story. Thanks for coming.