nathen00770
a year ago
inProof of Brain

As well as being Roman town of historical importance throughout history, Pontefract has, due to its geographical location, a very interesting railway history which has created three separate railway stations. For a town with a population of just sixteen thousand people, and with none of the stations on what would be now considered a main line, this is somewhat remarkable. 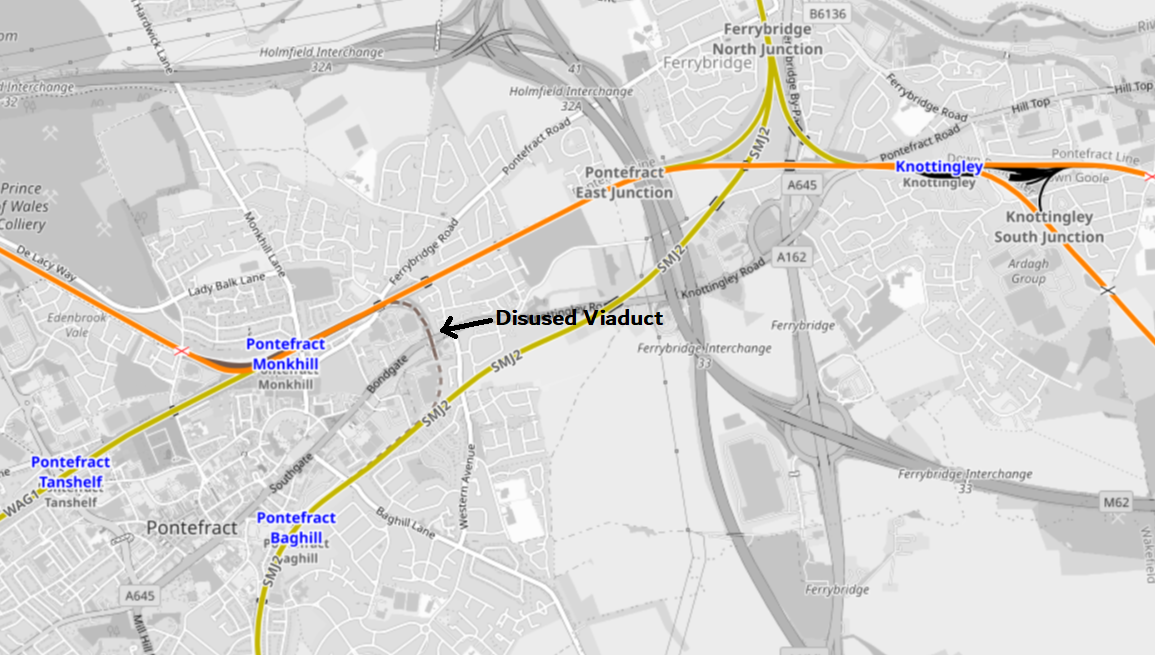 Pontefract lies in a central location within England in the heart of Yorkshire's coal mining industry and with the inland port of Goole just 20 miles off to the east, there was primarily a need to transport goods to and from Goole as in bygone times, it was a major port. Originally there had been a canal, that started in Goole, extending the Humber estuary inland to the mills and following the path of the River Aire. The first part of the Aire and Calder Navigation open as early as 1704 and connected Knottingley to Goole which then allowed a navigable route to Leeds and the industrial mill towns of West Yorkshire. Still working today, the canal can handle 600-ton barges as finally, there appears to be a renaissance in good being carried by barge and hopefully removing some of the huge numbers of lorries on the M62.

Knottingley itself was a major producer of burnt lime which is used in both building and agriculture and again, due to the location, served the huge boom in building to the west and the acres agricultural flatlands to the east.

Later on, of course, with the advent of electricity, three major Power Stations were built at Ferrybridge, Eggborough and Drax to which coal was transported the short distance from the local coal fields. First by canal, then later by rail.

An almost perfect straight line joining up connected industries then out to sea!

Throughout Yorkshire, there are intrinsic links between the waterways and the railways and as the railway networks developed in the early to mid 1800s, the canals slowly became redundant as engines became larger and stronger until they surpassed the load carrying capacity of the waterways.

With this in mind, it was natural that the first line would run between Wakefield and Goole via Pontefract and Knottingley and so in 1848, the 27 mile long, Wakefield, Pontefract and Goole Railway opened, which even before it had seen a running loco had become part of the Lancashire and Yorkshire Railway. The first station to open from our trinity then was Pontefract Monkhill which was built close to the sweet factories which in turn came about because of the liquorice growing industry for which Pontefract is famous, rather than in the more populated area central to the town.
The branch up to the North-West was opened in 1849 to Methley before extending further to Leeds.

It wasn't until 1871 that the second Pontefract Station opened, which was Tanshelf, later named Pontefract Tanshelf which although was closer to the centre of town, was right next to another reason that Pontefract is famous. It's racecourse! During the golden age of railway travel, race days would see umpteen trains turning up from all over the country carrying excited racegoers fighting for space on the tracks with a huge number of goods trains. 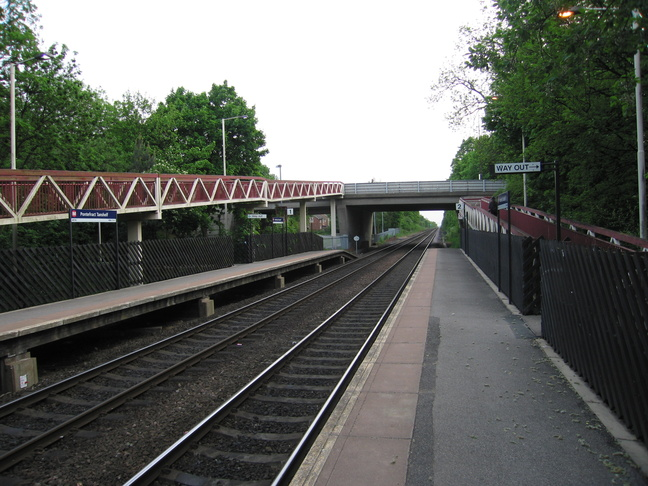 Tanshelf Station as it is today, a shadow of what it once was as you can see from this view of the old station I found taken from roughly the same angle. 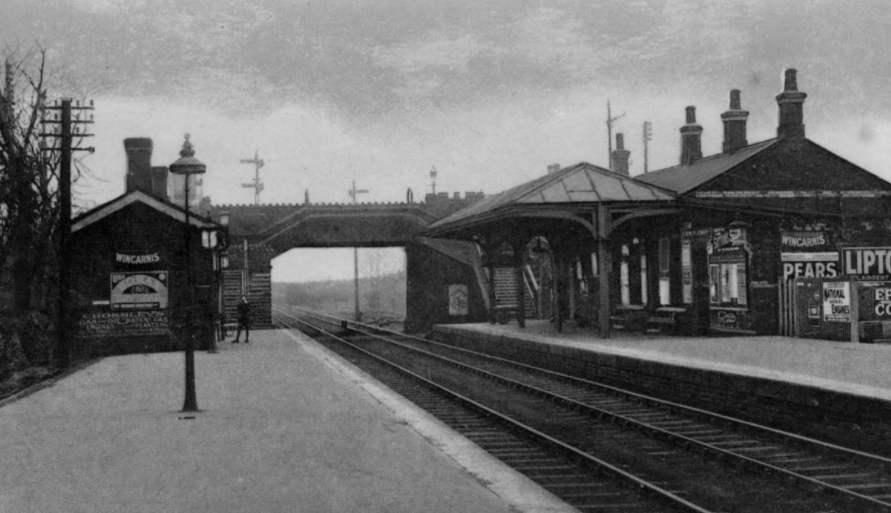 This photo came from here but had no credit attached

In 1879, The Swinton and Knottingley Railways opened to traffic which connected York with Sheffield via Pontefract by providing links between the Midland and Great Central lines at Swinton, with the North Eastern Railway at Ferrybridge. Along with this line came Pontefract's third station, Pontefract Baghill which at the time was the biggest and busiest station of them all with a large goods yard due to its direct connections to the two huge railways stations of York and Sheffield and their connections onward to every part of the country.

The station building itself was a very standardised design that could be found all over the old North Eastern network but had one very interesting feature which I will show you later.

If you look at the map again, you'll see a curved section of track in grey which linked both lines together, and thus providing a route between all three stations. This is called a 'chord' link and is a very impressive viaduct that still stands today and under which the A645 runs just out of town towards Knottingley. The line closed to traffic in 1964 but luckily, the viaduct remains but only one of the arches is easily visible high over the road. 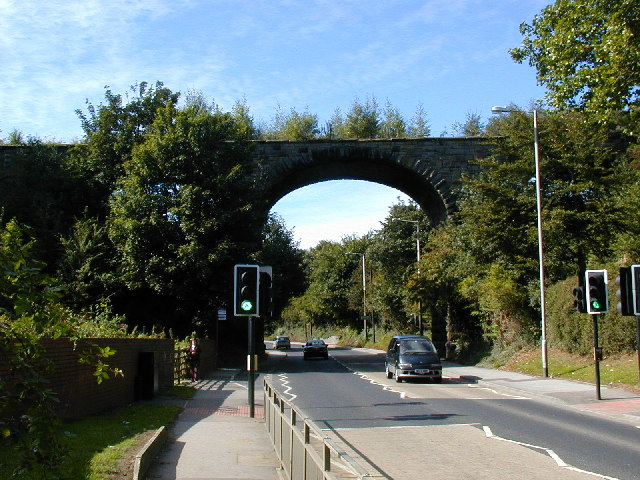 And that's how a small Yorkshire market town ended up being fenced in railways! The next time, I'm going to take a much closer look at Pontefract Baghill station as out of the three, it's the only one that still has a station building!

Finally, if anyone has actually read this and wants a post about any of the many historical, industrial aspects I touched upon, let me know and it will spur me on to write more.

www.openrailwaymap.org - This is an absolutely excellent resource that is basically a google map that shows seemingly every railway line throughout the world both currently and historically.