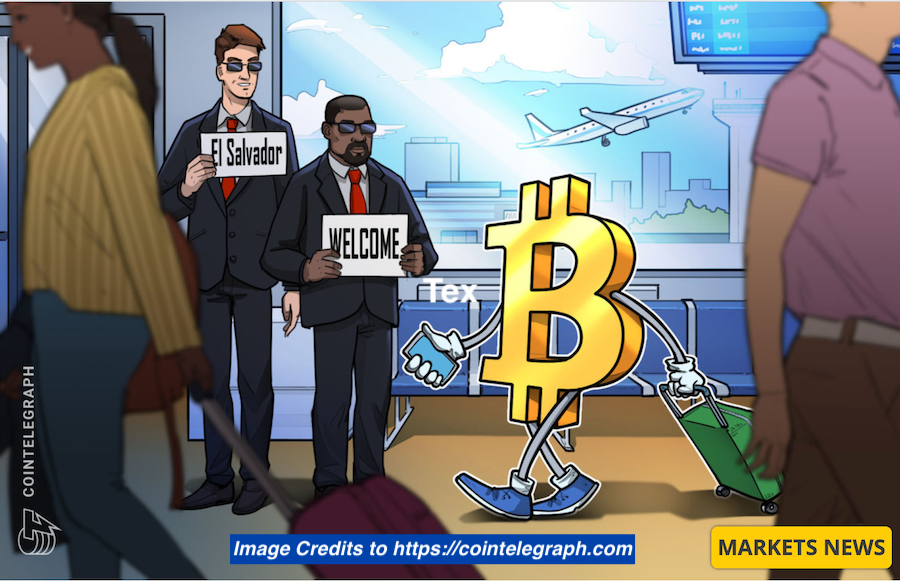 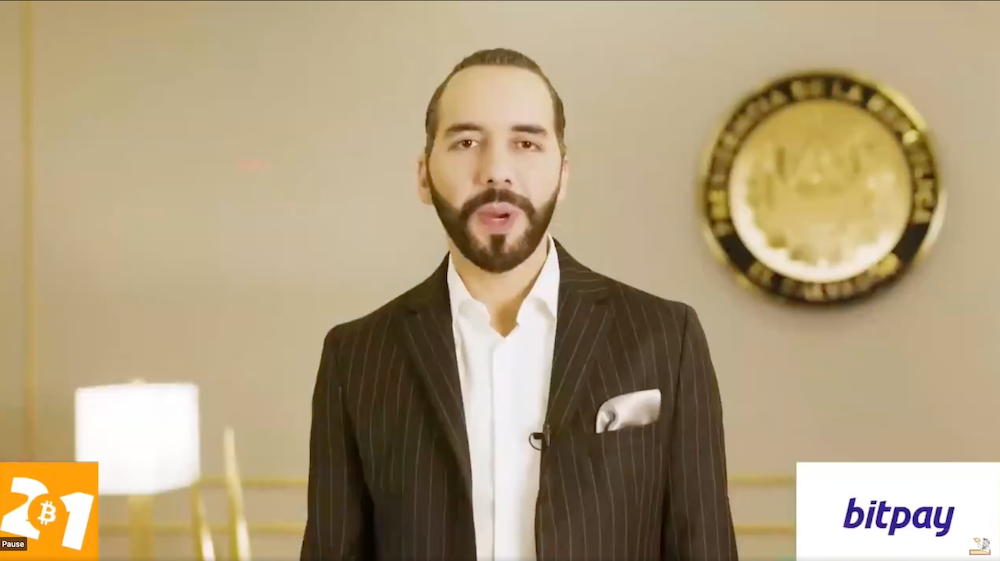 Yesterday I was elated to read this big bang Bitcoin news that El Salvador’s president, Nayib Bukele, is taking steps to make Bitcoin legal tender in the country!! His video message was broadcast to the world at the Bitcoin 2021 conference in Miami by Jack Mallers, who founded Bitcoin payments company Strike at his presentation. You can watch that presentation here -

Wow!! … Have you heard it from President Nayib Bukele himself that he is going to submit a Bill to the Congress, proposing to make Bitcoin a legal tender in El Salvador. Bravo man, bravo!! That is big and the reasons for the president’s decision in doing this is also something incredible.

Reasons why Bitcoin could help El Solvador to progress

Jack Mallers, the guy who helped in drafting this Bitcoin bill explained in his presentation how Bitcoin will help El Salvador - its economy, it’s inhabitants etc.

70% of EL Salvador’s population are unbanked, working in the informal sector and don’t have something very basic like bank accounts. In such a situation, Bitcoin would help because we all know that we don’t need banks to hold Bitcoin, a cryptocurrency wallet would do. 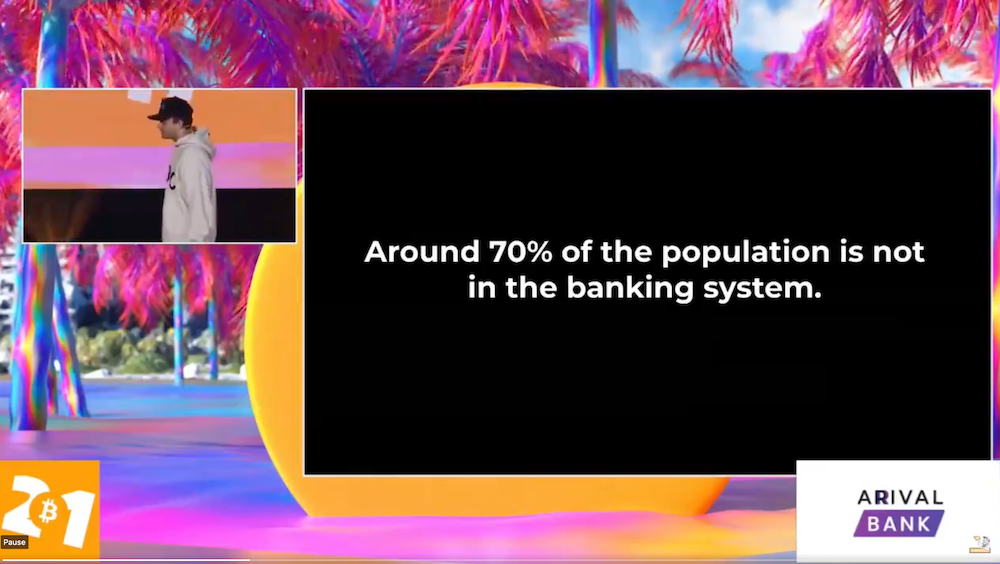 A statement was made saying that president Bukele was in favour of Bitcoin, as it was a digital currency having a fixed supply cap which cannot be manipulated by any bank or authority, which is spot on!! 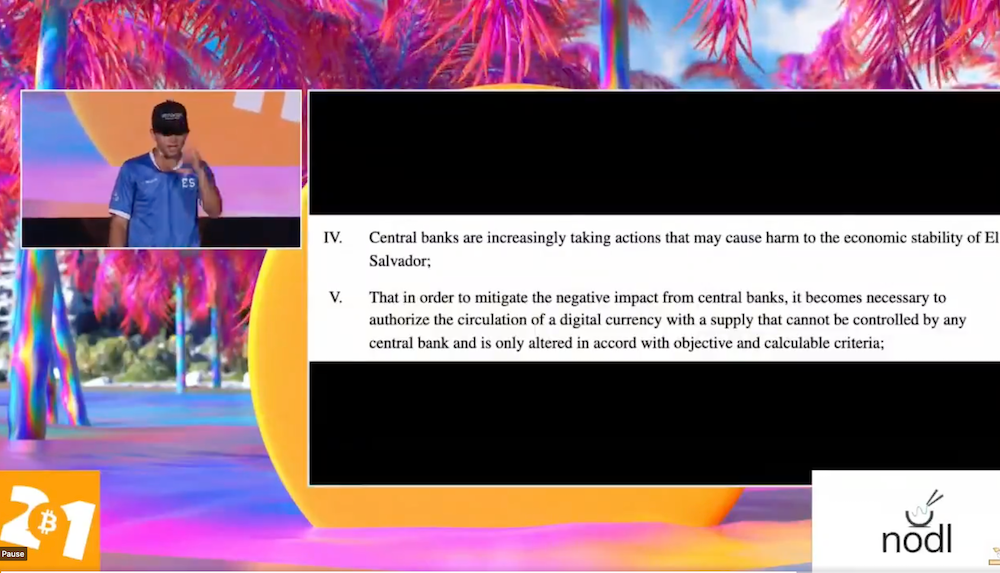 The belief here is that Bitcoin would help in establishing financial inclusivity, giving people freedom and jobs.

Bitcoin’s vision was financial empowerment of people too 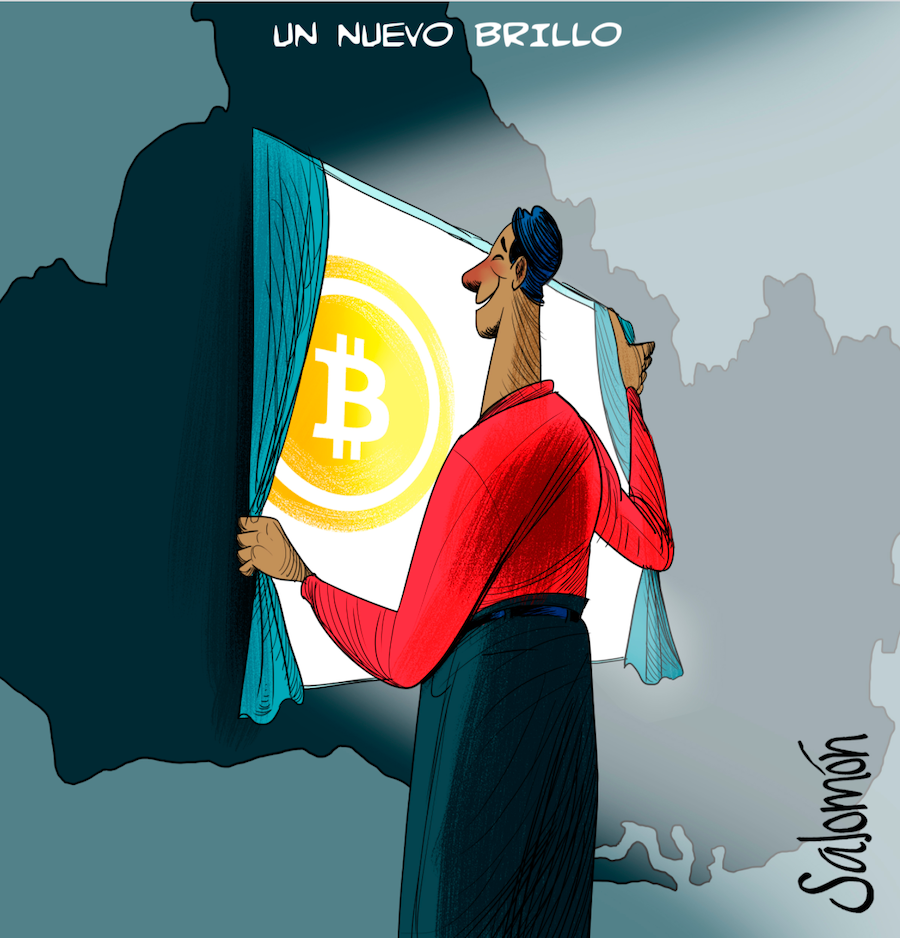 Remember, the vision of Bitcoin, it was made for financial empowerment as well, with people owning and being in control of their own money, not needing to rely on any intermediary to custody their money and value can be transferred anywhere across the world without an intermediary, that is how Bitcoin is supposed to give freedom to people. All those ideals echo back in my mind when I look into why president Nayib is trying to make Bitcoin a legal tender.

So, applause and cheers for this news, because EL Salvador may now be poised to become the first country in the world to have adopted Bitcoin as a legal tender if that Bill is approved in the country’s Parliament.

Already, Blockchain forces are at work in El Salvador with Jack Mallers’s company Stike building an innovation hub there!!

So, El Salvador’s youth would get to work on Blockchain technology to create products and solutions that the world needs now. Surely, this will tab talent, skill people, and give El Salvodor’s people jobs. Lovely is it not?

This is grand news by itself, however there is more. Once Bitcoin becomes legal tender, there will be no capital gains tax on BTC in El SAlvador. Pretty cool!!

Blockchain entrepreneurs are most welcome in El Salvador to establish their businesses, they would be supported by the El Salvador’s Government under president Nayib by being given permanent residence there!! 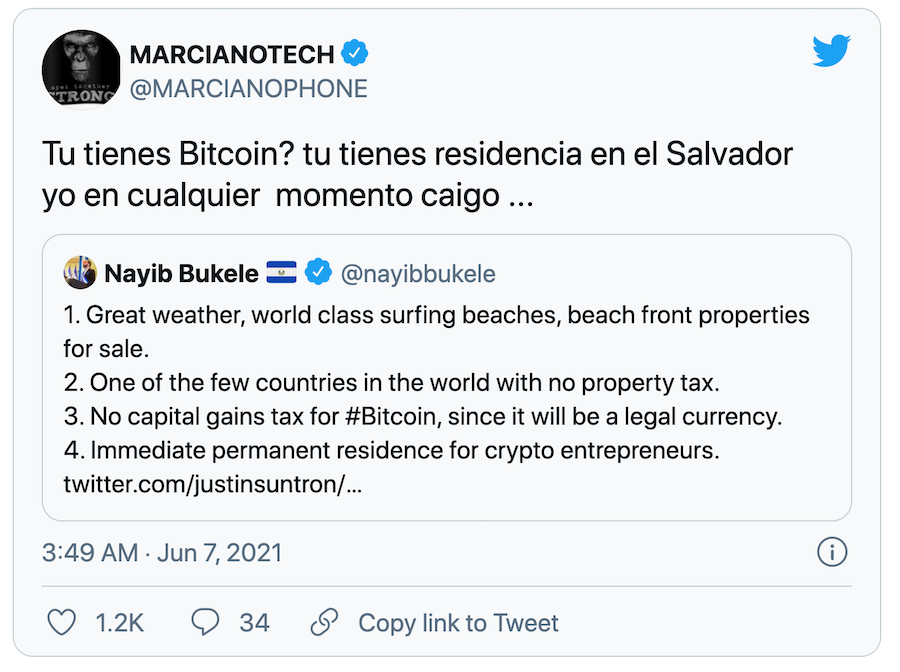 Wow, I have to blow a whistle for this master stroke on El Salvador to invite blockchain businesses on their shores, sounds too good to be true.

You can read about this news here - https://cointelegraph.com/news/bitcoin-users-will-get-help-relocating-and-working-in-el-salvador-president

I am ending this by saying that the Government of India(GOI) and its central bank authorities should look into El Salvodor’s Bitcoin Plan and change their ridiculous hostile stance towards crypto, else Blockchain businesses have better places to establish themselves on.

Anyway, thankyou for reading my article and give them your love with your valuable upvotes.