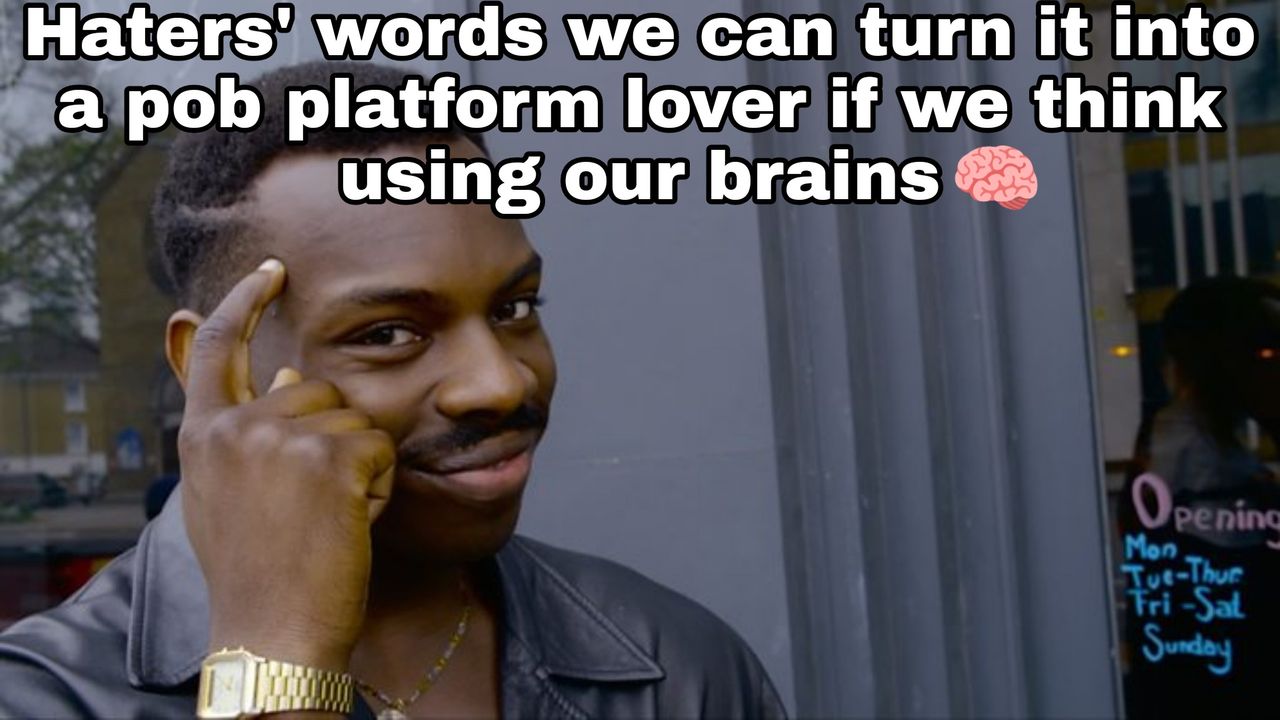 Does the pob project for now have a solution to get rid of the negative?

Yeah they are working hard to get rid of the negative and want to make the POB platform as good as possible for users. Although it's disappearing little by little but that's for sure. And when you see negative in POB, maybe you should also broaden your horizons to see negative on other platforms. Because I believe all platforms have negative things, what distinguishes each platform is that they want to find solutions to eliminate negative things on their platform.

So when you see negative things in the pob what do you do?

Maybe you will make a post to give ideas for the pob. If you do that I will become your fan, because I like people who want to help each other. And yeah the pob project will also really appreciate your idea for the pob project, because to think of an idea to make a platform great is not easy and not as easy as turning the palm of the hand. So if you see something negative in pob and you want to share an idea, the pob team will be happy to see you share your ideas with them. Instead of you showering pob with negative words.

So when you see negative things in the pob what do you do?

So what are some of the negative things I've seen these past few days?

So how do we get rid of such negativity together?

How to get rid of the negative things about haters?

To get rid of negative things about haters maybe you can also read my post here even though it's not entirely for haters. So we also don't need to berate them, we just need to do great things in pob to make the pob platform even more great in the future. And to turn the words "haters" into "pob platform lovers".

So do you like the peace of the pob or do you want to turn the negative into conflict?

If you like serenity let's turn negative things into fun things in a pob for everyone. And if you want to turn negative things into conflict let's do that. War does not know about money, in war money will not guarantee that people who have a lot of money will win. Maybe having a lot of money can buy a lot of weapons, but weapons won't work if you don't use your brain in battle. Don't mind me, I'm a meme maker learning how to write posts. lol