Social Media really has brought a lot of bad and good things into our lives. When it was first introduced everyone is excited because we have a new way to communicate and interact with the help of internet technology.

It was really helpful to connect families and love one who is separated by miles because of job and for some other reason. or to connect a long lost friend who accidentally found on the social media. 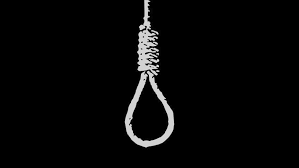 source
But those good old days are almost long gone, now those social media are filled with hoaxes and lots of useless and dangerous challenges. One can get killed or already killed doing some absurd challenges just to stay up to date and merely wants to get extra attention.

In some cases, other users are encouraging others to do suicide. Because most of the users are anonymous and keeping their ID secret, they don't hesitate to cheer on someone doing harm to themselves. It just seems that people are losing empathy when they are on the screen on fingers on the keyboard.

Recently a guy in East Jakarta was doing suicide live on Tiktok, one of the most famous short video sharing on the internet. It is still not clear how and why he is doing that. Is it purely a suicide or just a planned murder, or a prank gone wrong?

The police investigating the case is already questioned several witnesses on the incident. The odd thing is that all of the chat and called records on the victim's phone are already been erased. Raising suspicion that this is a planned murder, and the police found some kind of illegal drug on the scene also. It is not clear whether the victim are taking the drugs and doing the suicide when still on High, or there is someone who encourage him to the the prank and then it went wrong.