There's this ideology that humans carry, that just because someone has got something that to them would make them so happy to possess, makes others happy. Well, I don't see why I should ever blame "us" for it, but the truth is, we never actually stop to notice that "Everything is Nothing"

Money has been one prime factor, a debatable factor actually, it drives in so much conversations, always got everyone talking about it, giving their own goddamn views on the shit and all that.

I was watching a movie, again, since that's all I find myself doing lately.

So it was title "The Perfect Date"

The movie was quite worth my time. Speaking out of the time I spent to fully digest this one, I'll say it's a 10/10 from a point of lessons to be learnt. In high school, we find ourselves discussing at some point what college we'd all be moving into. So then, there's the "us" born with a golden spoon in our mouth, some even in our butt hole, so yeah, it's really easy for that "us" to pick any college of our choice, cause the fuckin money is there. But then, sadly, there's still a "us" that can't afford moving into a private college, even a public one could still place a lot of expenses that we gotta worry about. But notwithstanding, there's still the last "us" and this one consists of both the rich and poor, of whom both don't really care about the college they're heading to. 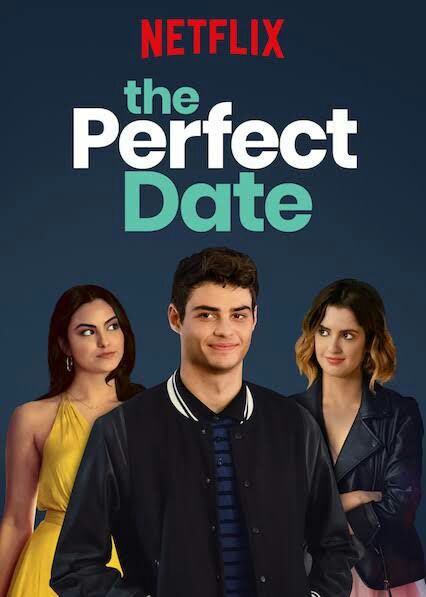 "The Perfect Date" kinda had this true life happening in it.

So, this guy dreamt of building the next big thing, he practically had empty dreams, had his mind too focused on entering an expensive private college for some shit reasons you don't really wanna know. In real sense, he's a smart guy, always had good grades, had good role models, Elon Musk happened to be one, but unlike this role models he had, he wasn't even sure of what he wanted to build, you know one thing is to have a dream, another is to actualize it.

This guy had an "empty dream" because he literally didn't know what he wanted to build, he really had no idea what that "next big thing" he was dreaming of building was gonna be, so it couldn't possibly be actualised anyway…

So now, you'd wonder why it's call "The Perfect Date" and why I titled this "Everything Is Nothing"

Well I've pretty much thrown just enough lines on why everything is nothing, but here's why it's called the perfect date.

Along the line of his unending desire to be in a private and expensive college, which he claims would be a dream come true, since it would increase his social status and then he'd finally get to be with his crush, some shit like that. But since money was an Issue, his friend built him an app where he'd offer his services as a "stand in" and get paid.

It started as a joke, blossomed into a real cash app, he made the money and shit, but something else happened. There's this crazy girl he met, apparently she was the first person he was paid to take out on a date. She was carefree, but mostly crazy. With her around, he could actually feel at ease, he was basically himself whenever they both hung out, but the dream boy was taken away by his social life dreams that he barely realized what was right in front of him.

In a silly incident he finally got the attention of his crush, got crushed when she found out he wasn't a rich guy, but just a low life liar, then he was left to fall back on a gem he practically ignored.

Two things were placed before him in this context, nature blessed him with an admission into a public college, and also a really sweet girl of whom in her presence he could be himself. He didn't really realize that nothing is ever about the cover but what it contains and how it affects the environment matters more. He literally had "the perfect date" while trying to get one.

In today's world, we normally focus too much on unprofitable things, some might be to some extent, but just not relevant. We desire so many things that we never realize we already have so much around us. The truth is nothing is perfect, what we make out of anything is what gives it a level of value or worth. We don't treasure most things just because others don't, while we could actually sit back to understand that the true concept of value is based upon individual judgment and not necessarily the entire public. "Everything Is Nothing" and "Nothing Is Everything" It may sound a bit dumb, but if you read that with a little more insight thoughts, you'd realize the moral thrown from those word combinations.

Life never opens up the entire secrets it holds, I feel and now realized it's a gradual process that literally takes one's entire life to understand