Carolina reaper plants got me totally confused. The peppers on my balcony start to ripe. Hot!

Well, I guess the first picked pepper wasn’t ripe, but unfortunately my bigger son managed to take it off the plant before it was really ready. And this… this was supposed to be a Carolina reaper plant. Does this look like one? It’s very far from looking like a proper pepper from this sort. It is very hot, to be honest, and I wonder is it possible that some generations grow differently. I’m quite sure, that the seed that I planted in the winter came from a Carolina reaper pepper. And look at the peppers that are now growing. 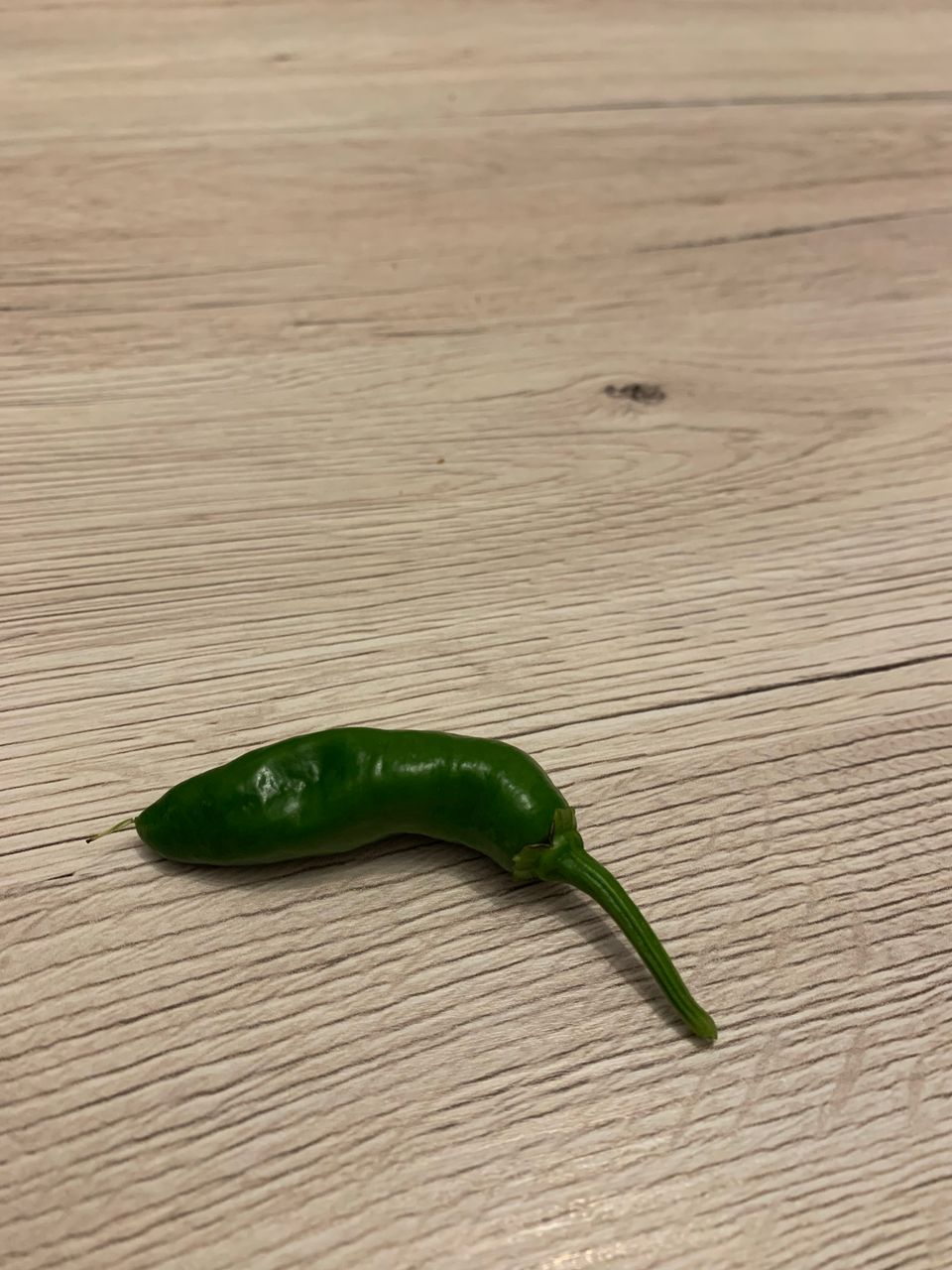 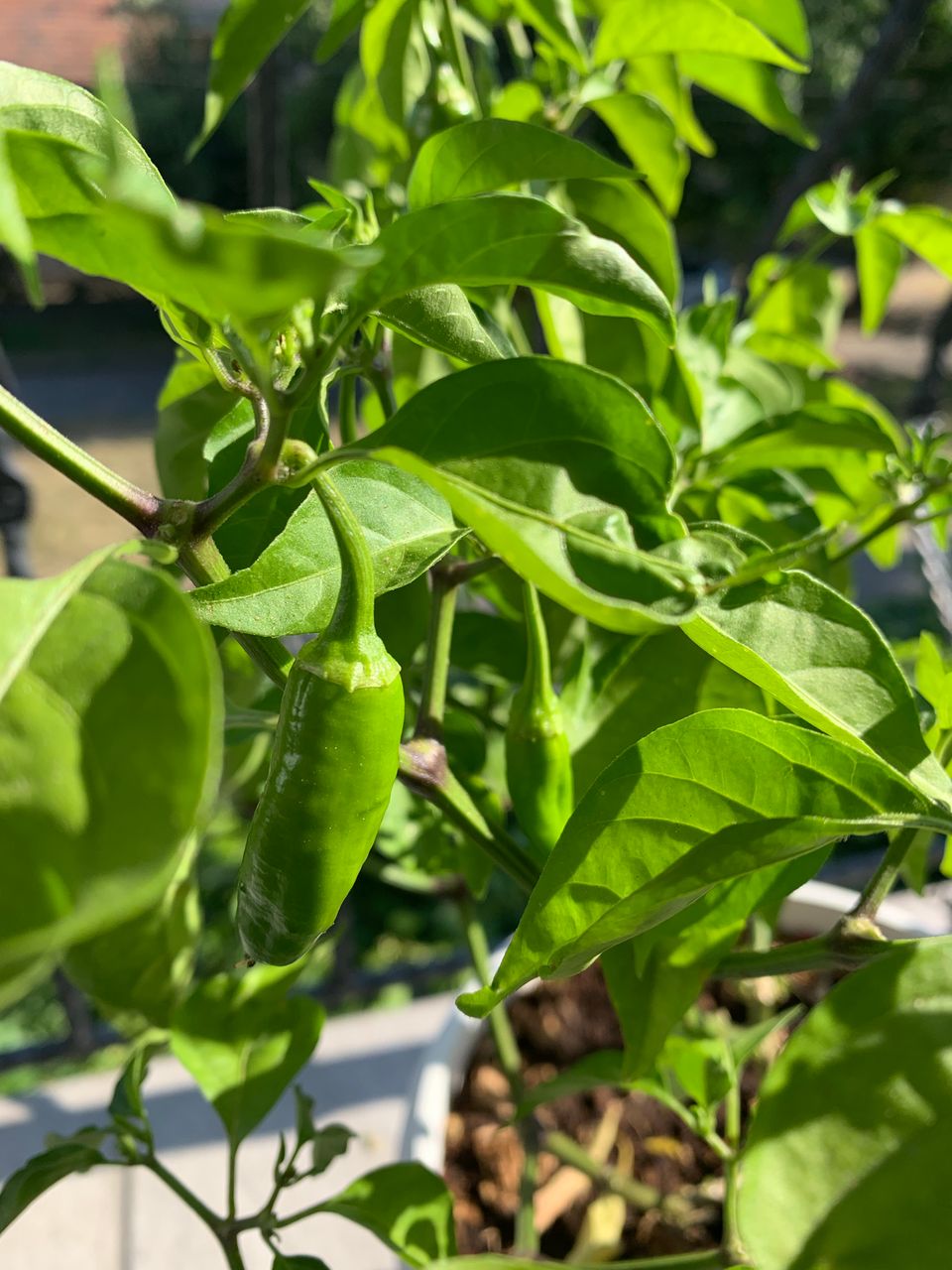 They don’t even look like Jalapeño peppers. I guess I’ll never become sure of what had happened with labeling and if everything is correct, why these Carolina reapers look like little eggplants 😁 They are still not ripe, but I think in about a week or so I’ll see some coloring. The branch that was chopped from this pepper and later grown as a separate plant looks quite big now in my backyard. It started to bloom recently and I hope to see some hot peppers from it too. Every plant and every fruit is precious. 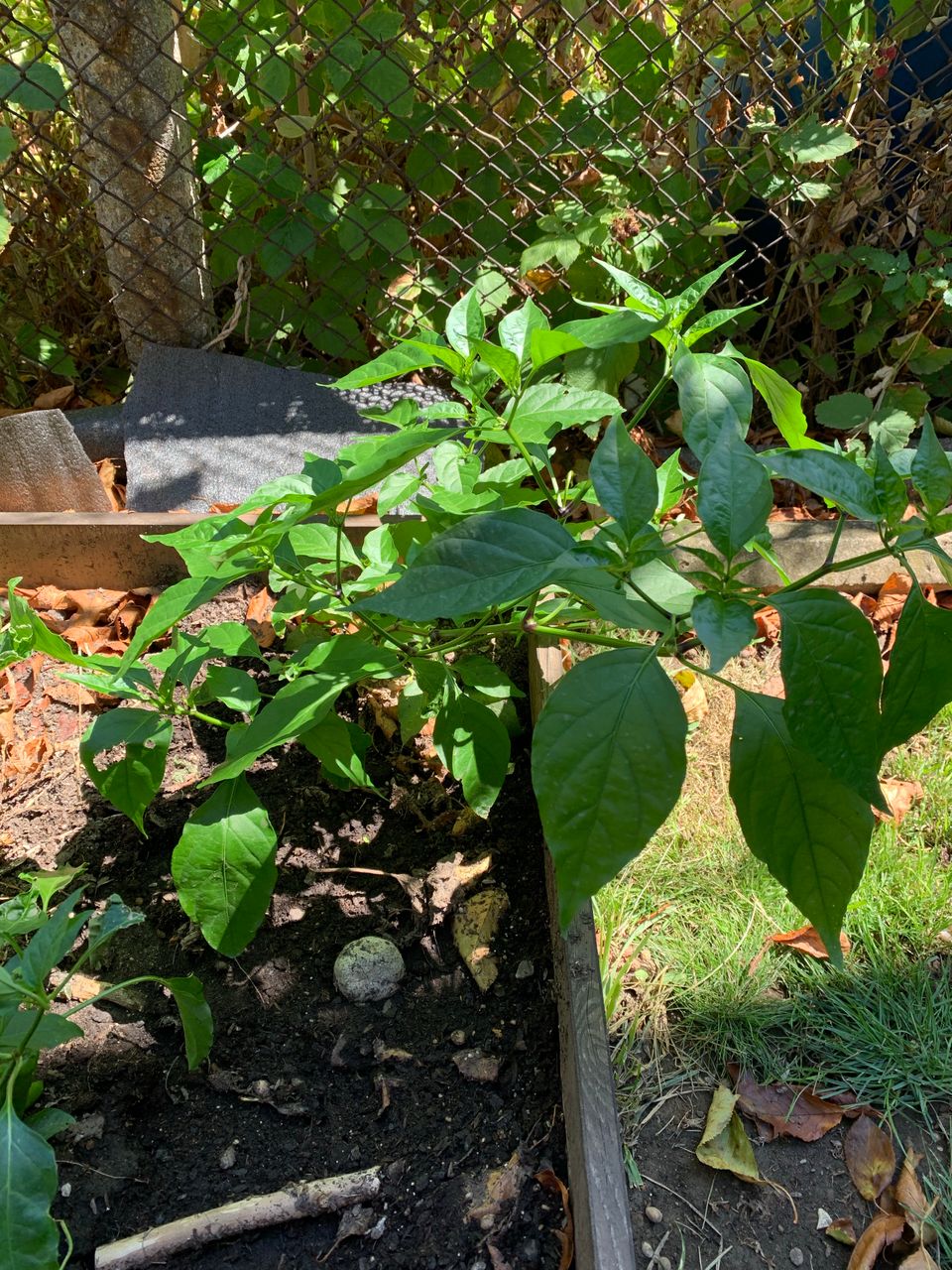 The pepper plant that I overwintered from last year and I thought to be dead, actually became a very nice and big. I wasn’t sure about if it was Carolina reaper or Orange habanero. Guess what! It started to develop fruits and it’s a real proper Carolina reaper. 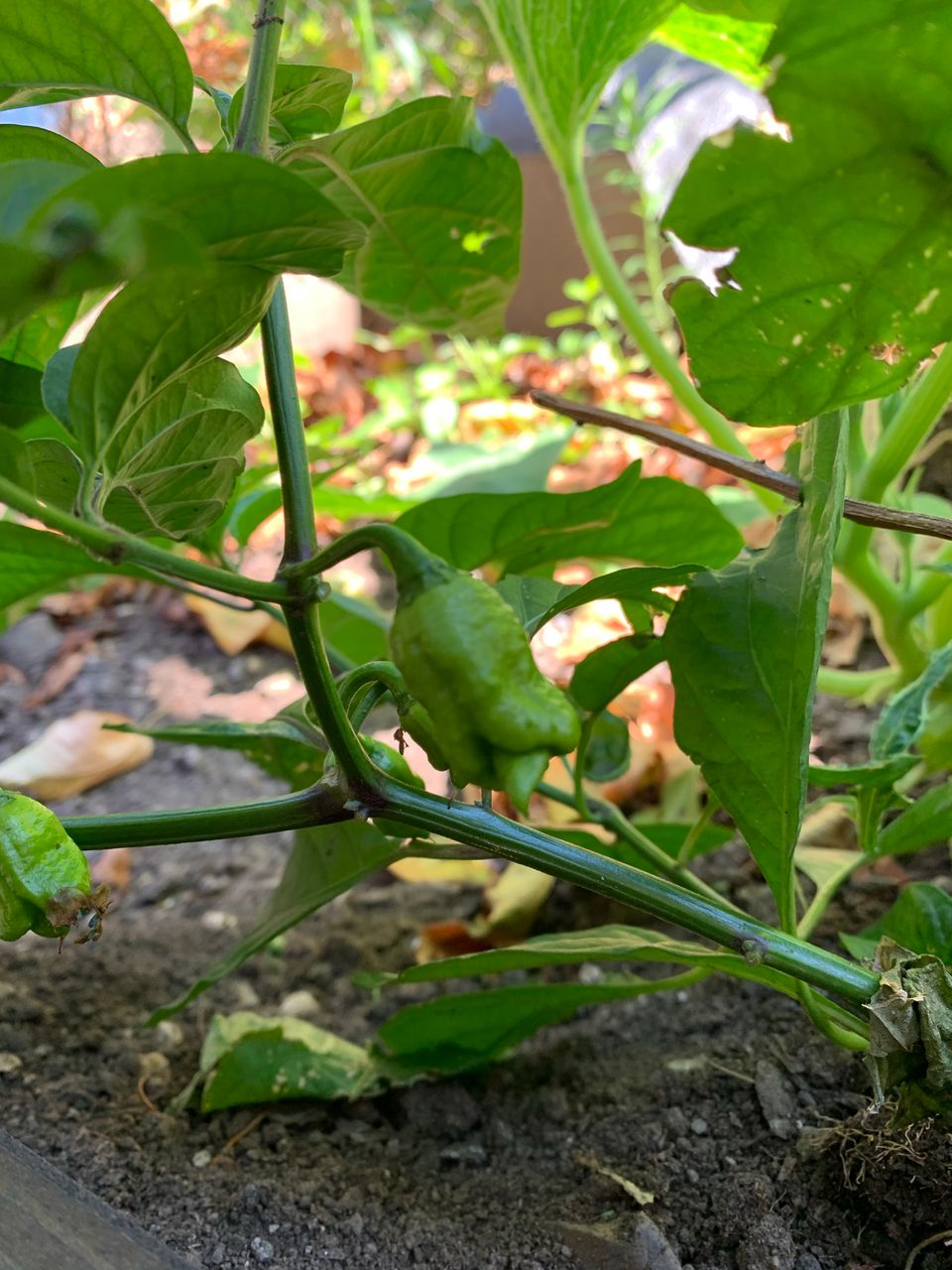 It already has about 6 peppers growing and a lot more flowering. It already looks scary, like a true Carolina reaper, not these eggplant peppers that don’t have specific features. Well, after all they are peppers and they are hot, so I’m quite happy with them too. One way or another, I’ll eat them 😉

The first peppers that started to get ripe are actually on my Orange habanero plant and they are very vivid and beautiful, yet very tasteful when eaten. That’s probably one of my favorite peppers. They are not that extreme hot, but surely are with decent amount of Capsaicin. 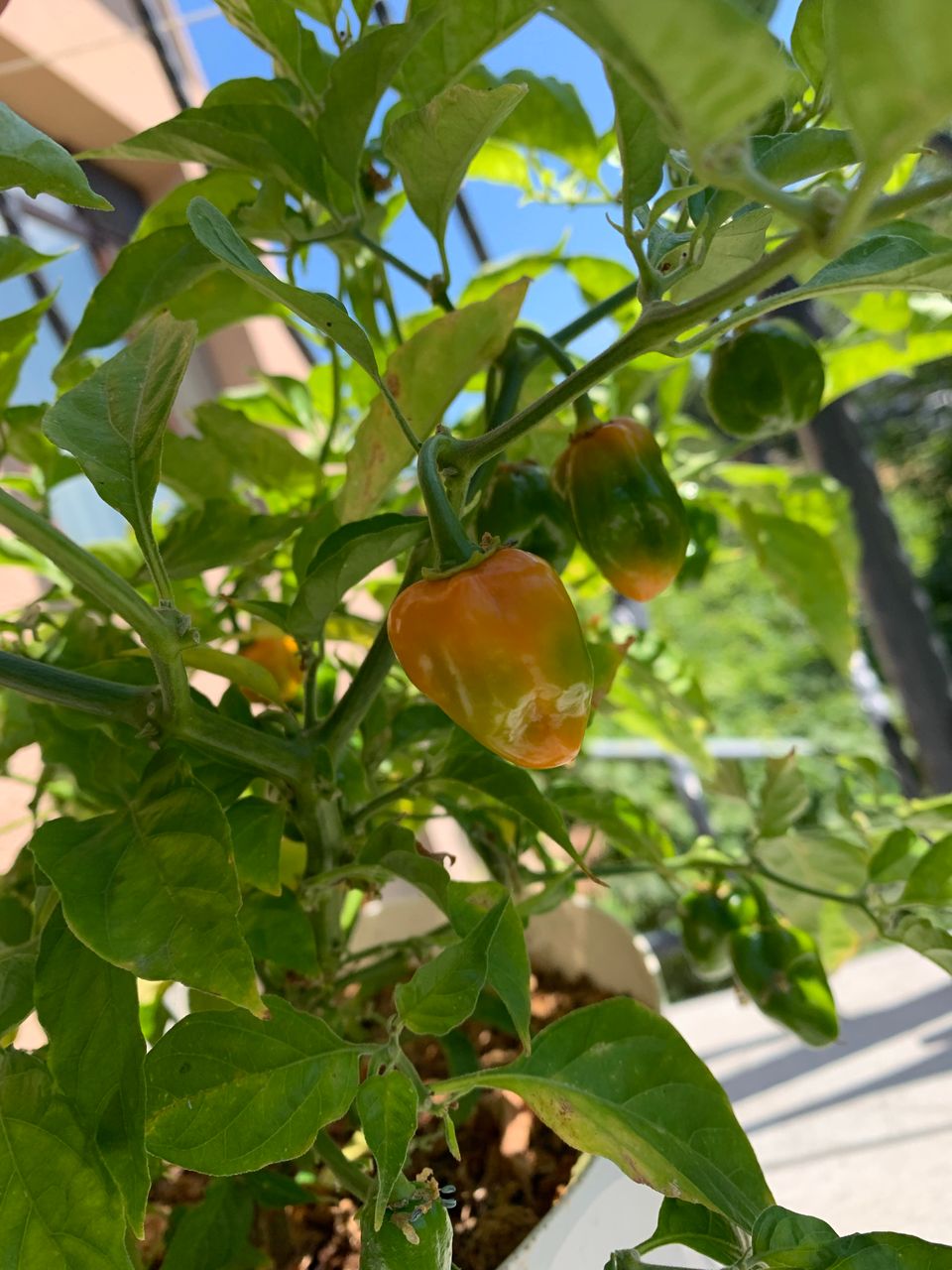 I already enjoyed one little Habanero that was ahead of the others by means of getting ripe.

I have one other variety that is a favorite of mine. Cayenne peppers tend to be my most enjoyable daily eaten peppers, but the plant didn’t develop so nicely and for now I have only two fruits that are fully grown, yet not ready to be enjoyed. I think next year I’ll wait the temperatures to become more comfortable for the plants, maybe mid-may, when outside temperatures don’t fall below 10 degrees. 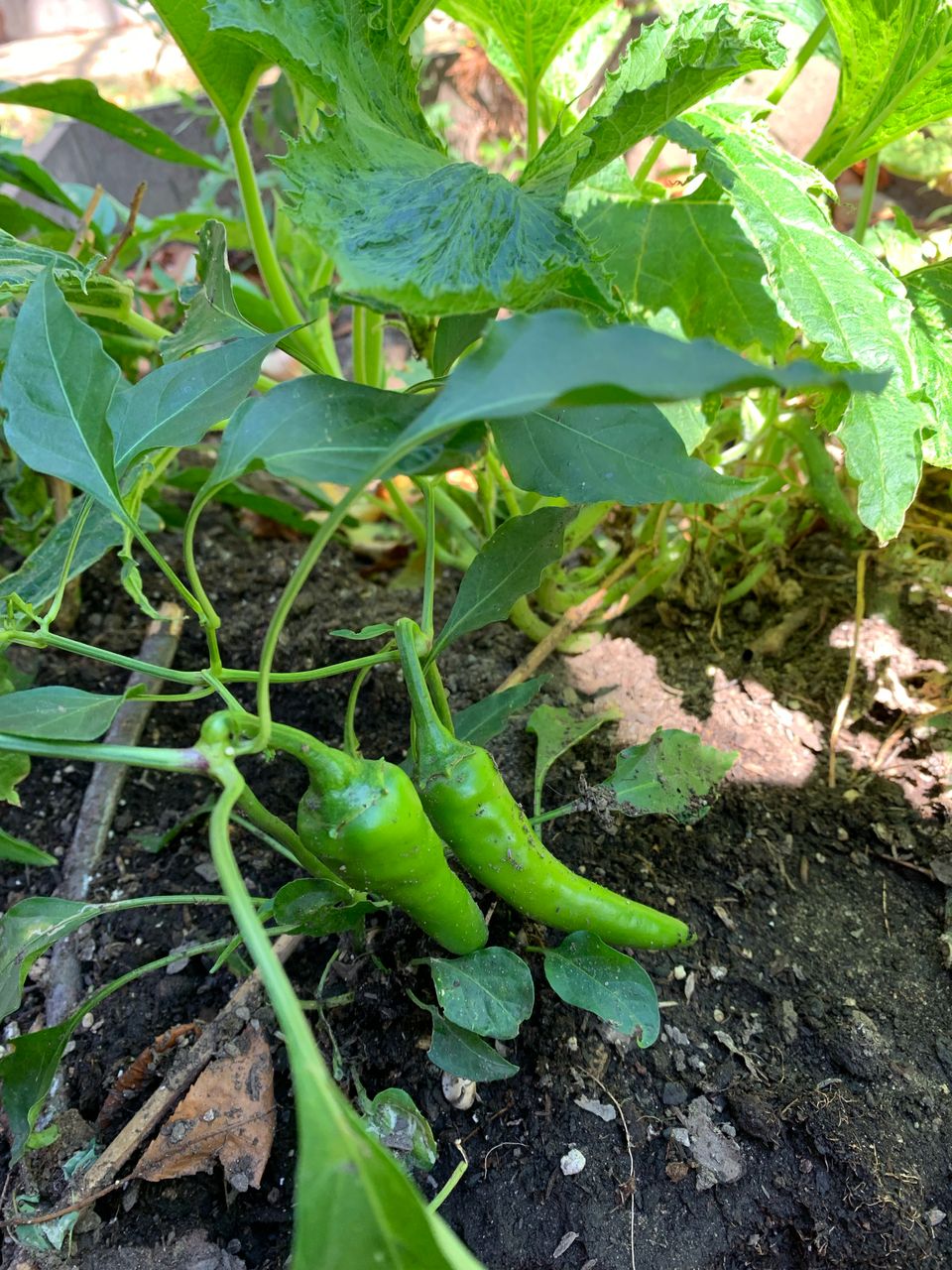 This plant barely managed to survive the harshness of April and I thought it may not survive the spring. Hopefully I’ll get some good seeds from one of these two peppers and I’ll plant a lot more of them next year. The Cayenne peppers are really known to be the most health beneficiary hot peppers available. They have a lot of sweetness and fruity aromas and are not burning hot. I guess for a non-chili lover they can be very extreme too! 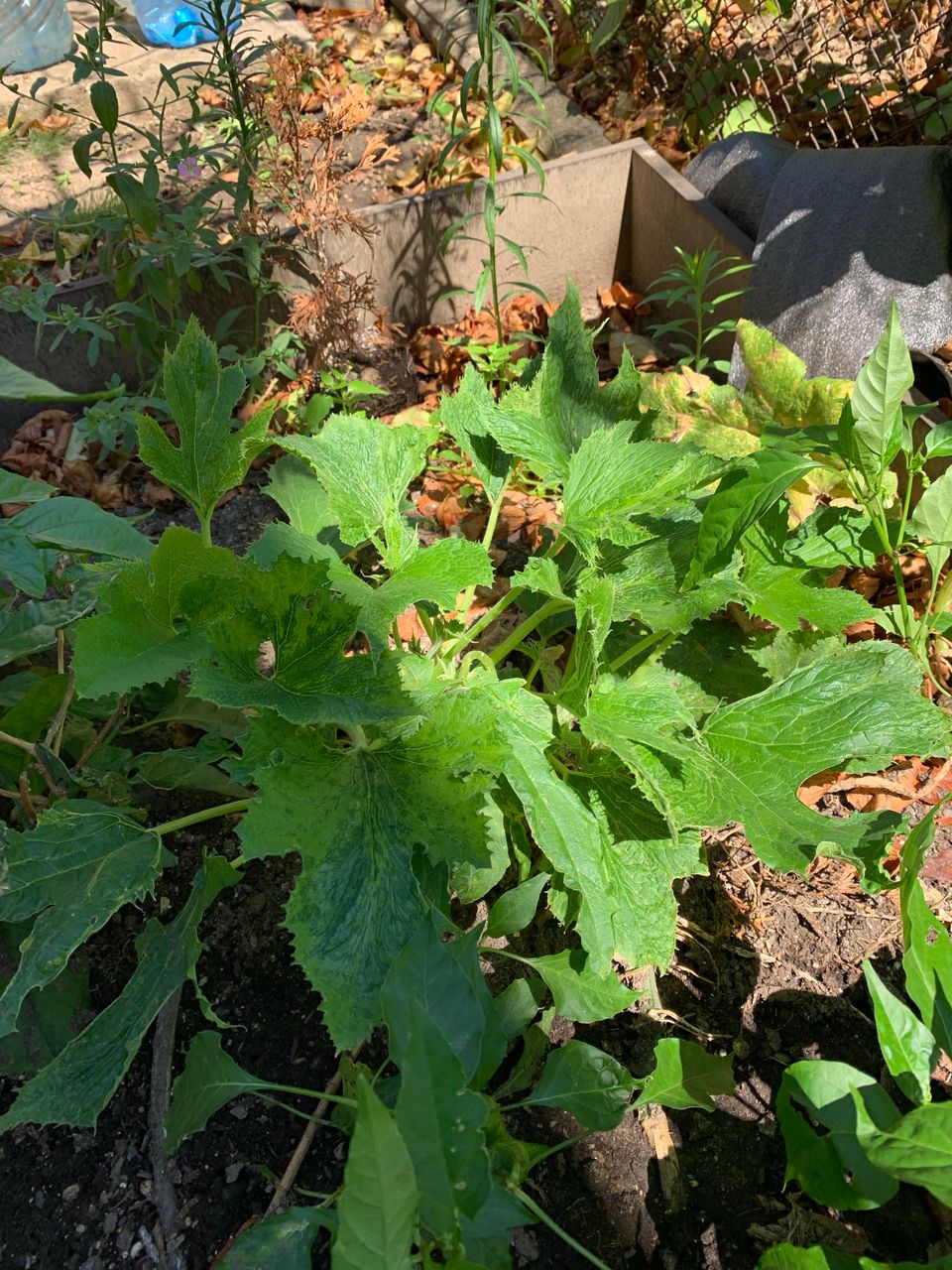 Lastly, the pumpkin that I planted seems that it’s not gonna have any crop this year. It continues flowering, but not a single pumpkin has developed. At least it makes a nice shade with its leaves for the base of my pepper plants in the raised bed.

I’m not a professional gardener and yet I think growing my own hot pepper plants is very enjoyable and I think that having a dozen of plants doesn’t require much attention. The hot peppers that I manage to harvest are gonna be more than enough for me to enjoy before the next year’s season.

That’s for now. Have a nice day and stay happy!