Bokeh Orc has a few problems.

His head is too small for the rest of his body.
When he was little he was sick a lot. Especially for scurvy.
And his hair fell out. Chicks don't fancy the bald teens, so he grew up to be a shy Orc.
Plus periodontitis.
You're not that popular when you don't have big, pointed teeth sticking out of your mouth.

The guys never selected him for their team when they played football with a human head.

So he had to study. Thanks to this, he can manage his life by building bows, axes, clubs, slings and combat catapults.

For this reason, he has a lot of money and he is doing well in life, because everything in his tribe can be bought with money.

But he is always a bit sad when the other guys go hunting people and don't take him with them. 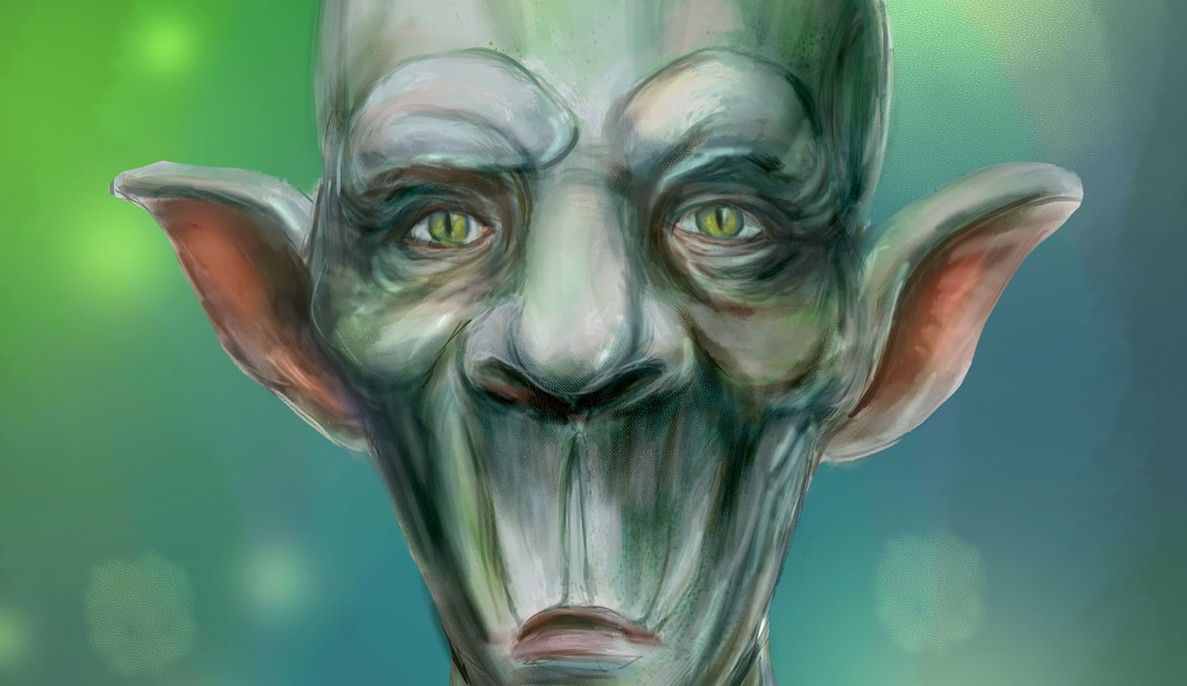 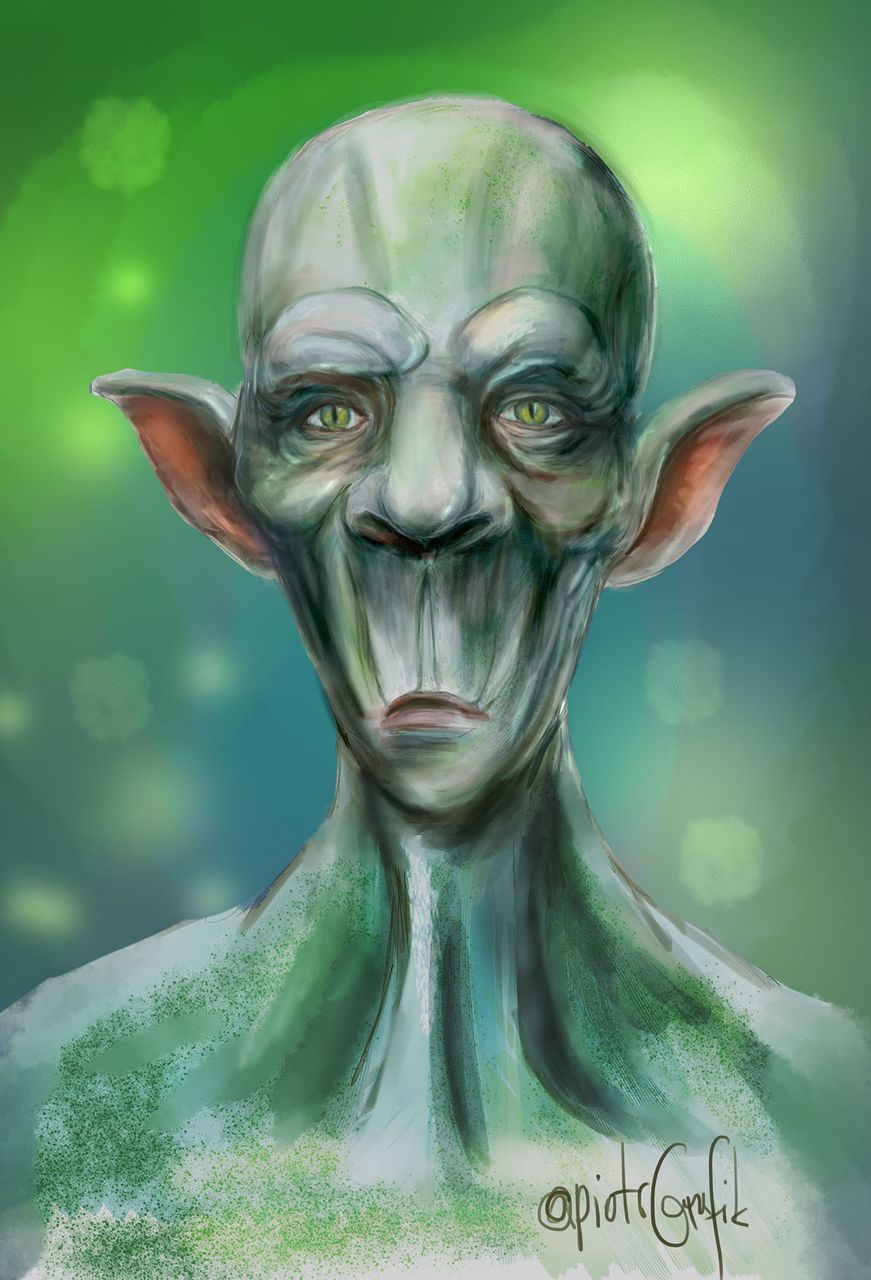 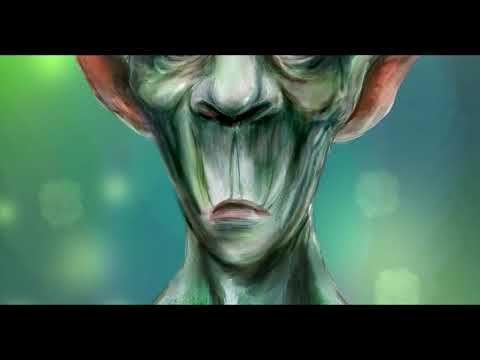