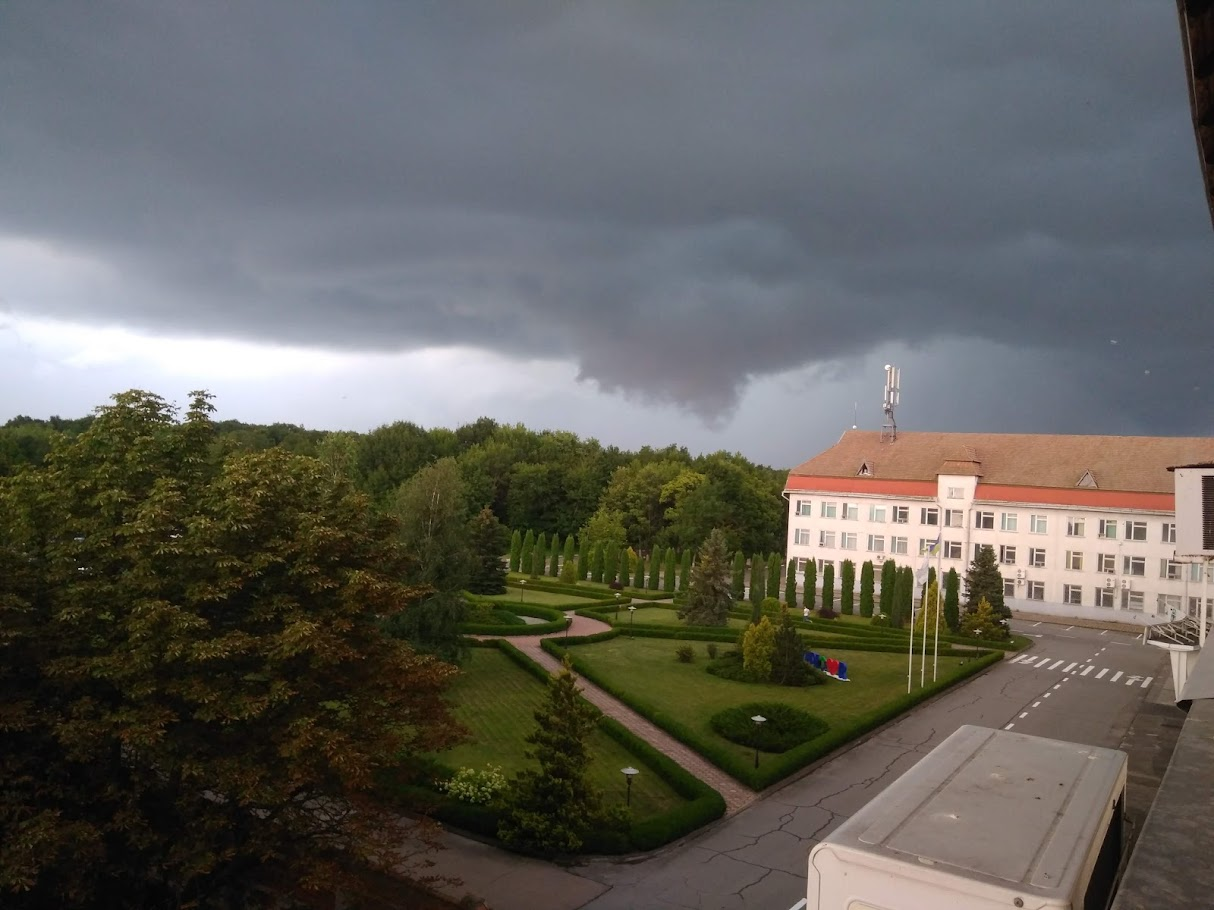 This is a suburb of Kalush, Ukraine. The photo was taken from the office window. This is the beginning of the formation of a tornado. Unfortunately, the tornado itself could not be photographed, as it was formed later and could not be seen from the window.

The tornado was small and did not last long. There was no destruction, only a few broken trees.