This last week has been pretty intense, busy and funny at the same time... Let's move to it's second part 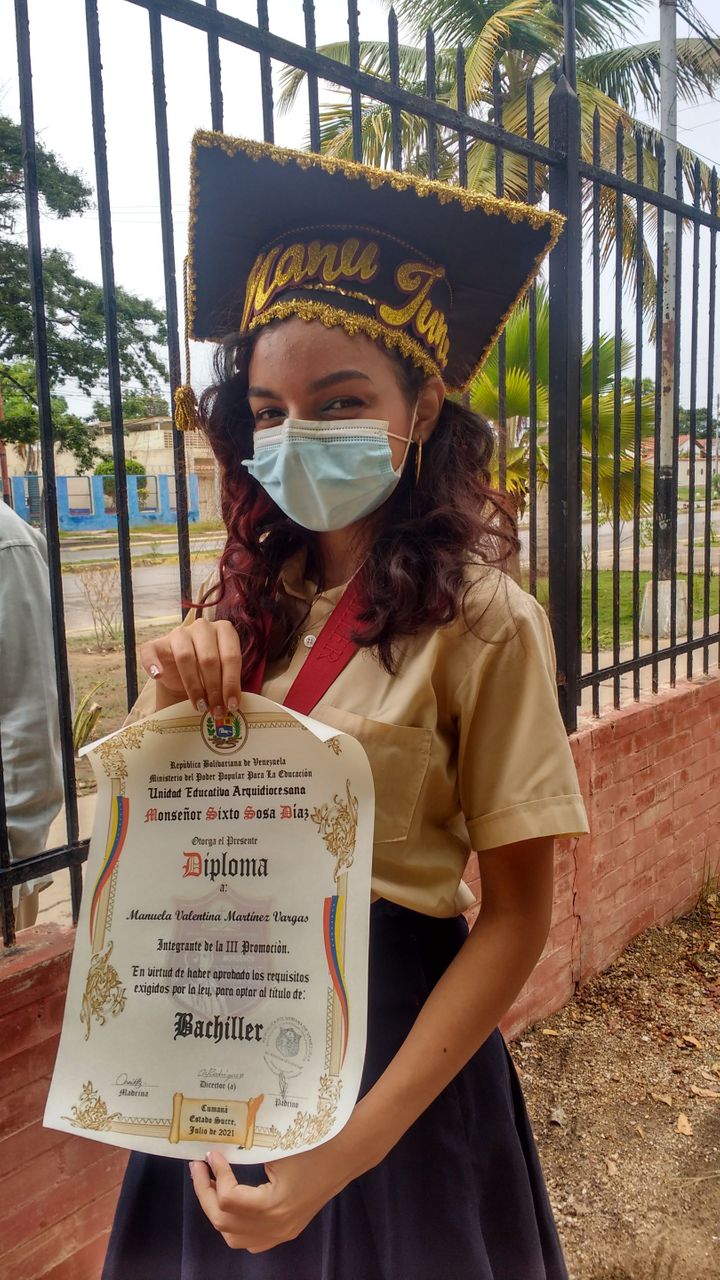 Lin-Manuel Miranda's rapping woke me up at 5am again, but for this occasion the group of classmates had been split in halves, and my turn was at 10am, so I thought: "..." Nothing, I just set the alarm for one hour later hahaha. 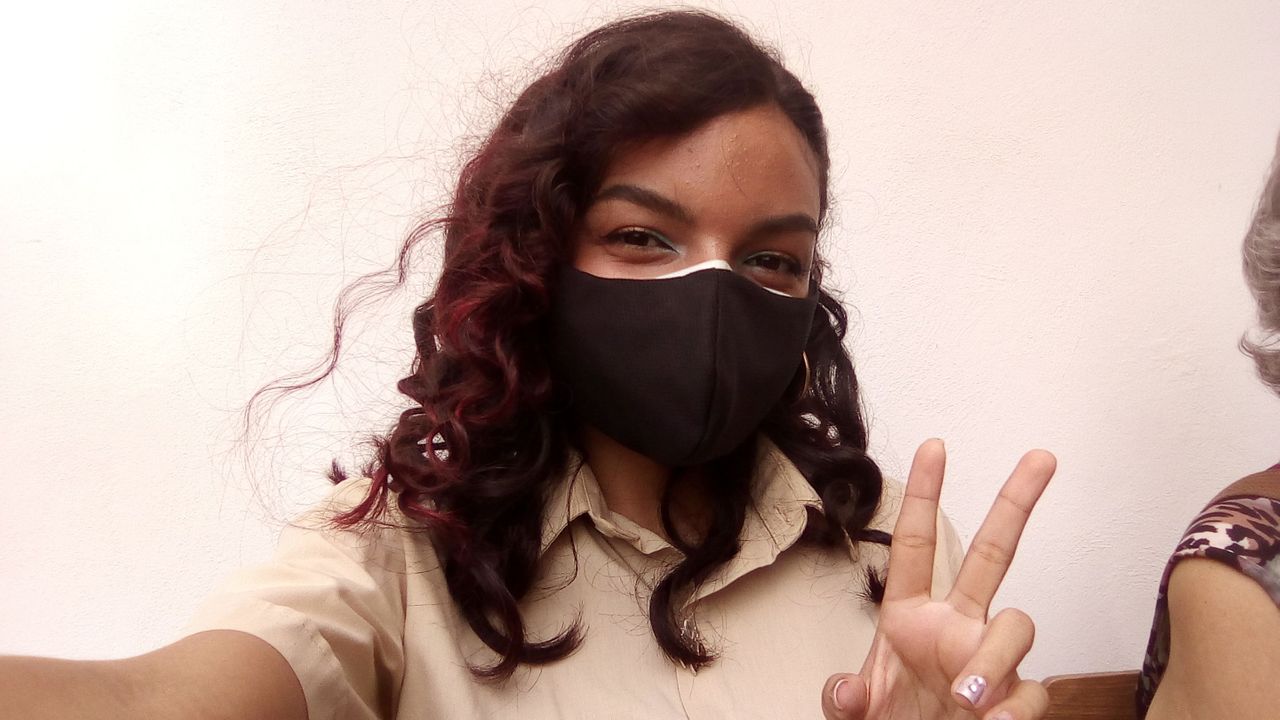 When I woke up, I went to wake up my parents, got dressed, and started with the make up. For that day I wanted something discret, and flashy at the same time, I mean: something simple, but extraordinary, and then I remember the make up I used for the 'It won't be long now' cover: golden eye shadow in the outer corner of my eye with some brow to make it look deeper, yellow in the middle, and shiny turquoise in the inner corner of my eye. The rest, the same of the day before but with a little more broncer.
My hair: I put on hair rolls the day before to make it curly, because you know I'm not a fan of looking the same always haha, so instead of braids I wore beautiful black and red curls 🙂 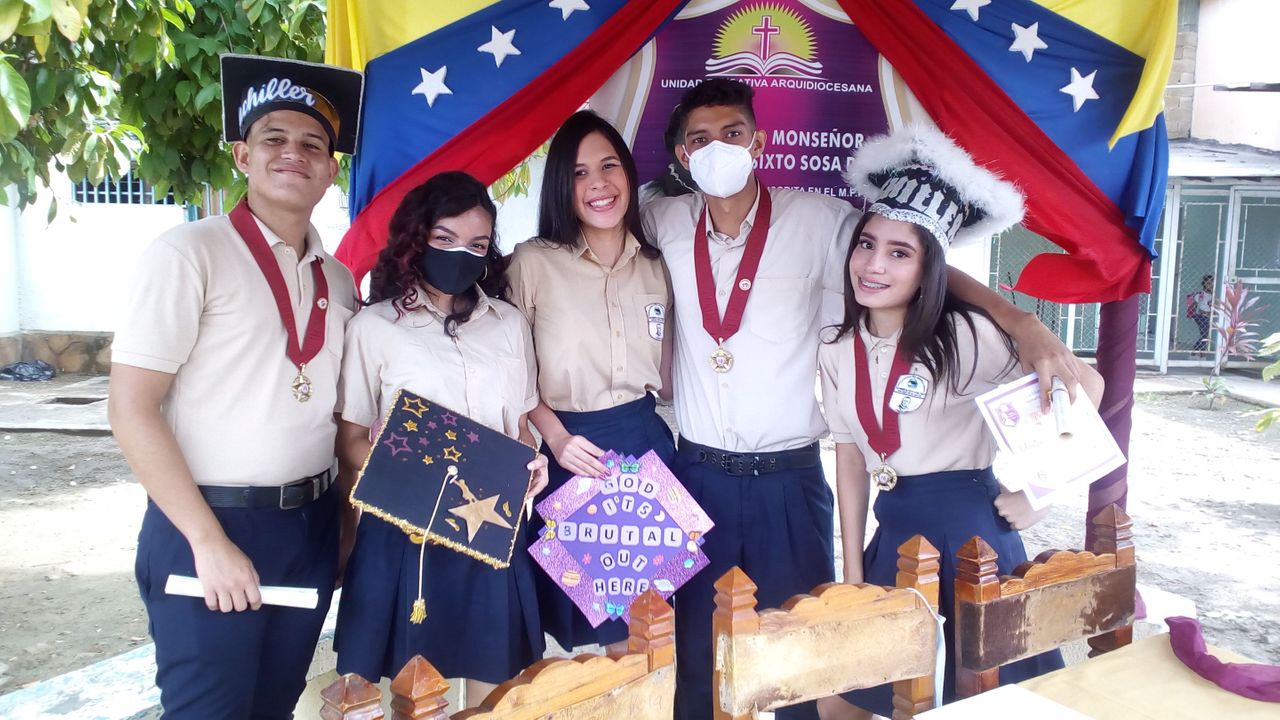 My uncle took us to the school half an hour early, so I had time to see my friends from the other group. We took some pics, and I congratulated them. 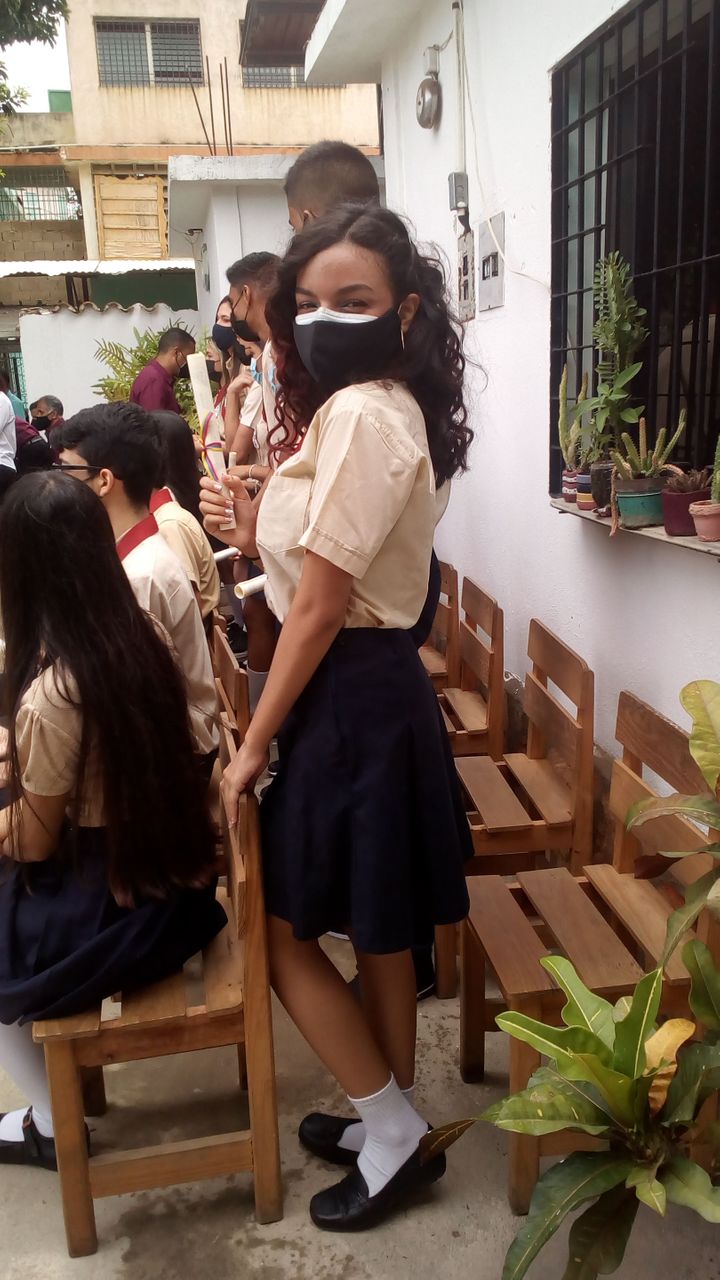 Then, after waiting for my other classmates to arrived, the teachers called us to order us (I was the last one, don't know why haha) and then we made our entrance to start the commencement ceremony. 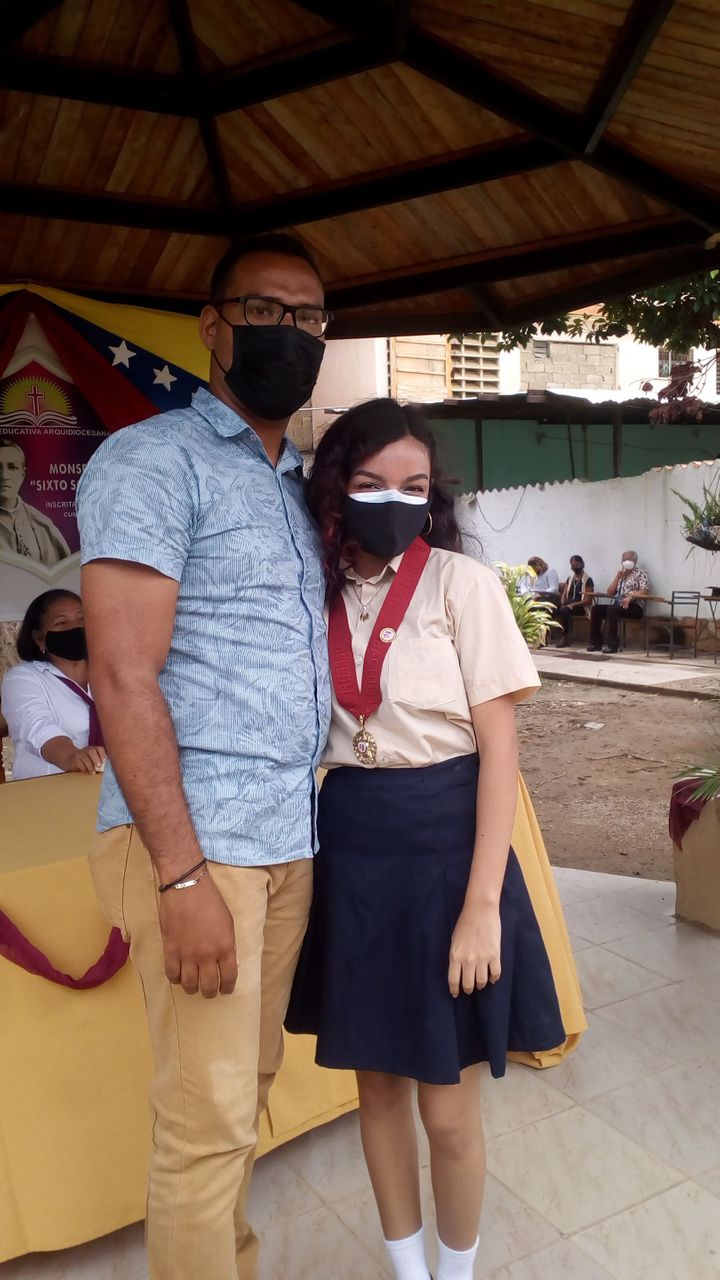 First, we sang the national and state anthems, and then we sat while the teachers called each student to give them their diplomas and medals. It was something really simple. Fast, safe, but not free haha. When it was finally my turn, it was the biology teacher who gave me my medal, I would've rather it to be my Spanish and literature teacher, but the important thing is that I received my medal haha. 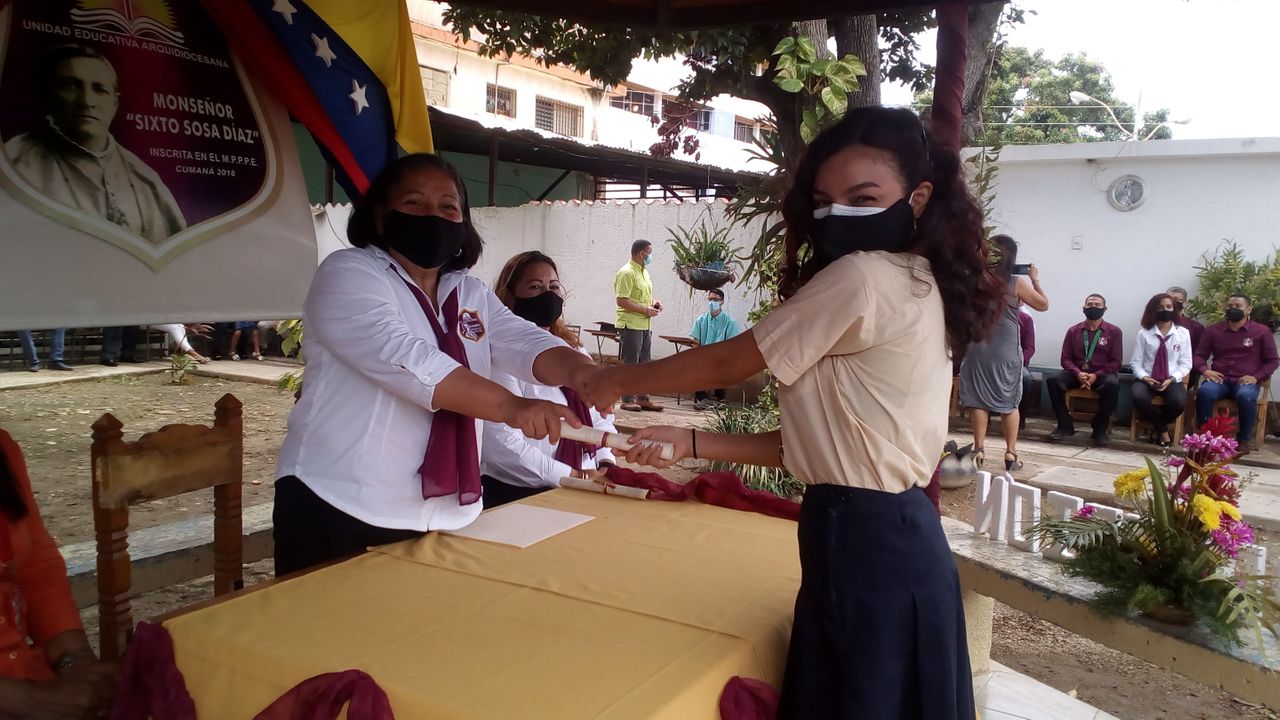 Then, when we all thought we were done, they told us to sit back again and wait. It was time for the certification for academic excellence, and guess what?... I RECEIVED ONE!! All those hours, all those nights without sleeping, all my mother's yells were worth it when the coordinator of the school gave me the certificate. I was super happy!! And still am!!!!! 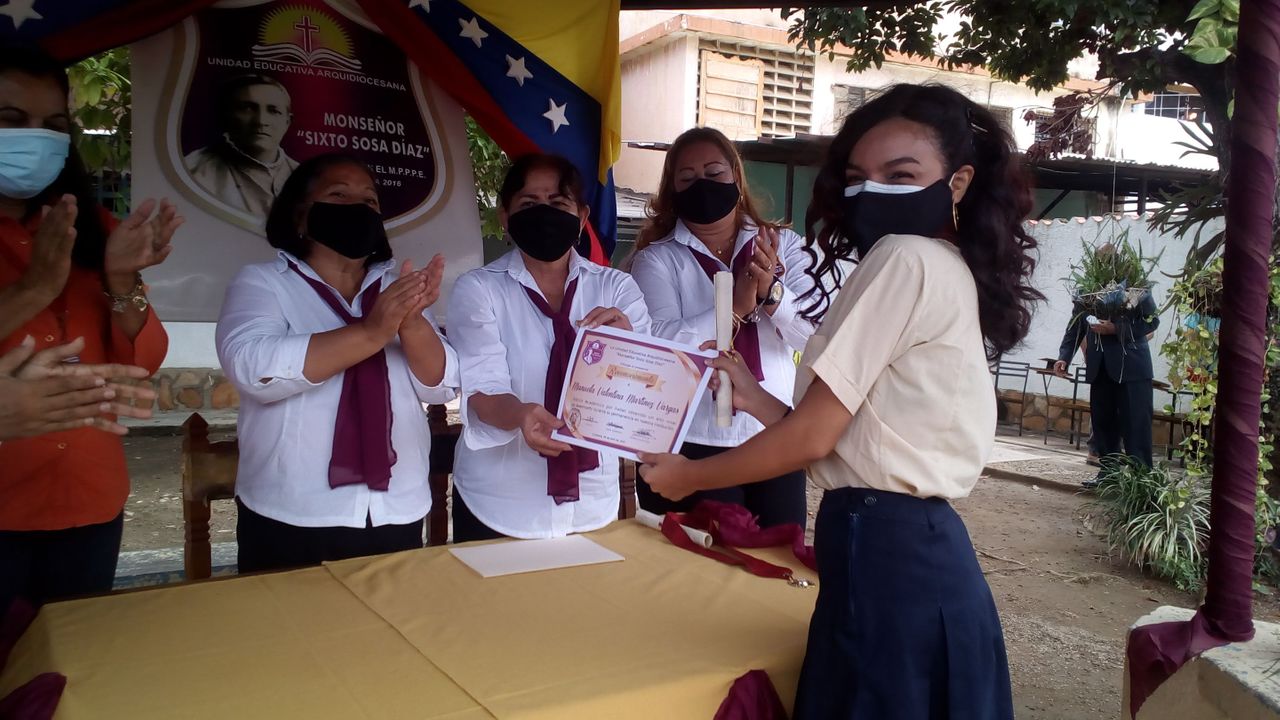 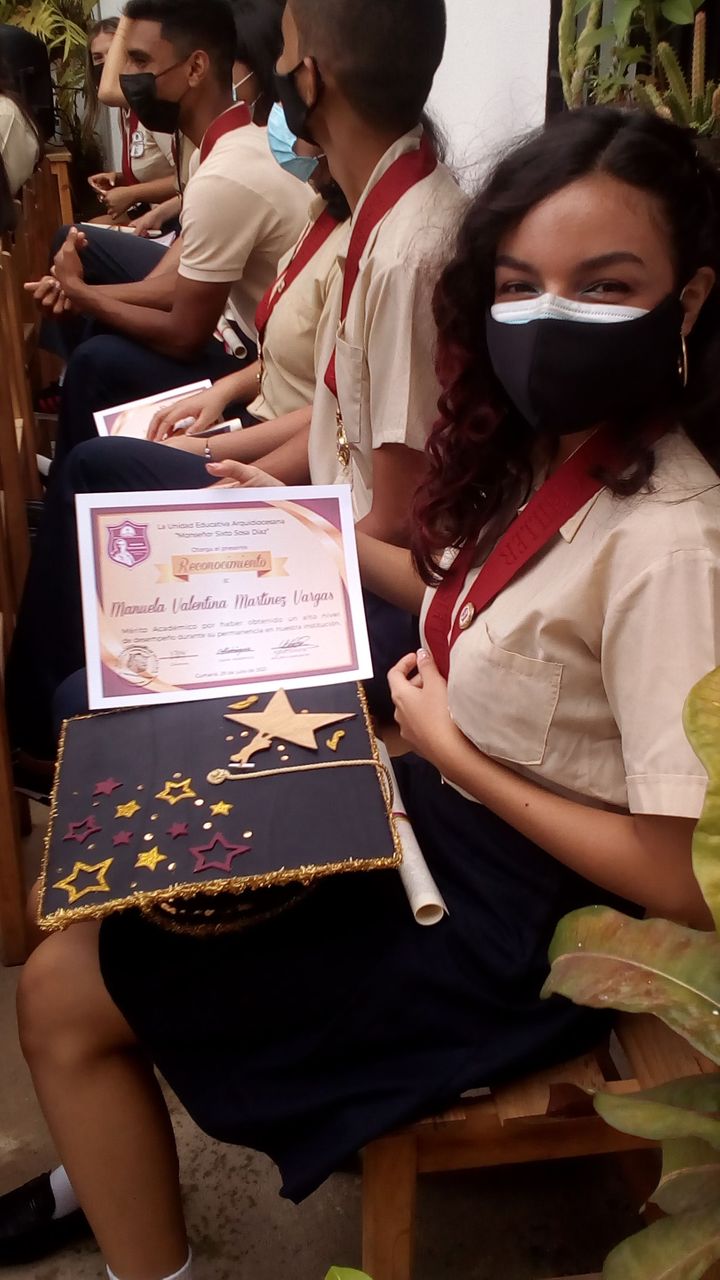 After that more pictures came, some crying, and even more laughs!! 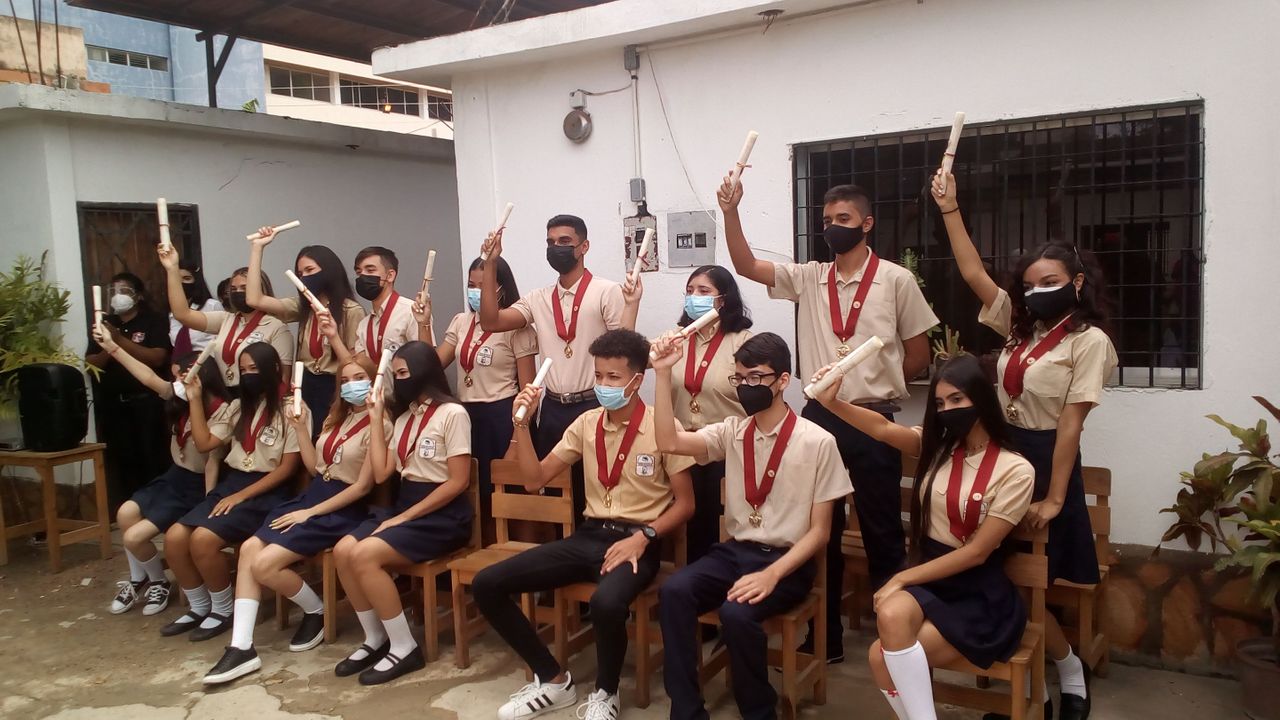 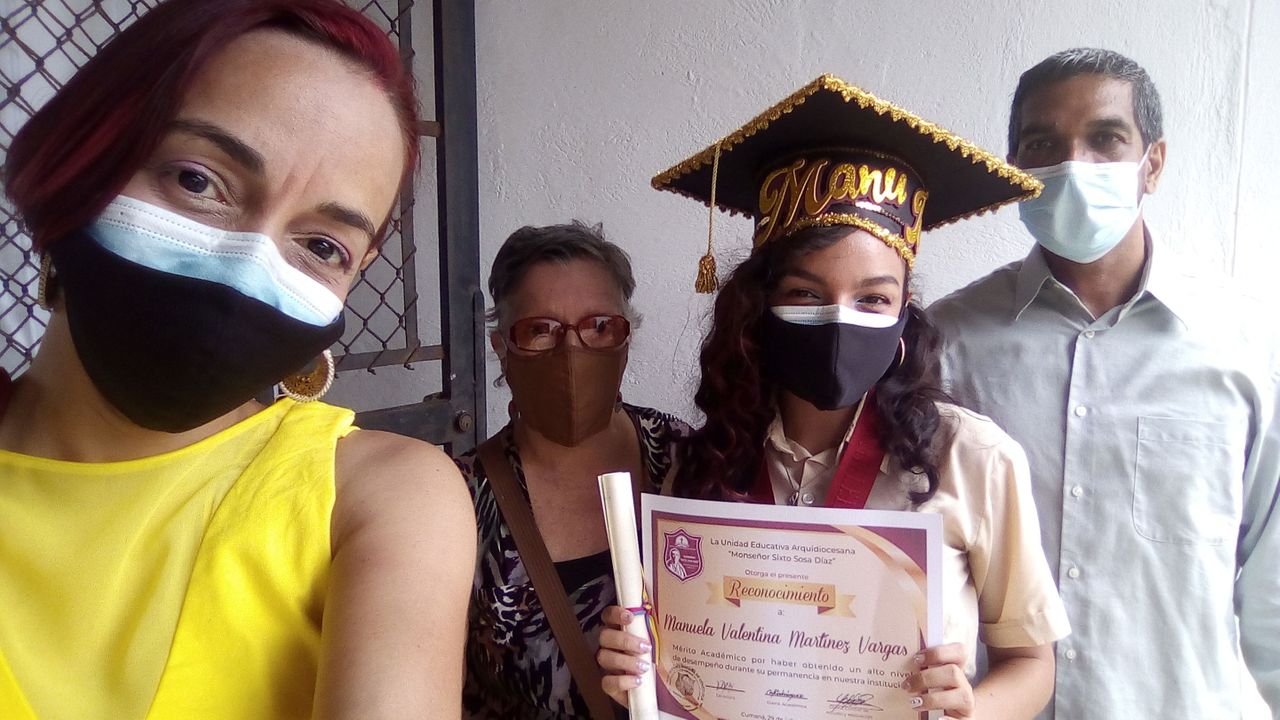 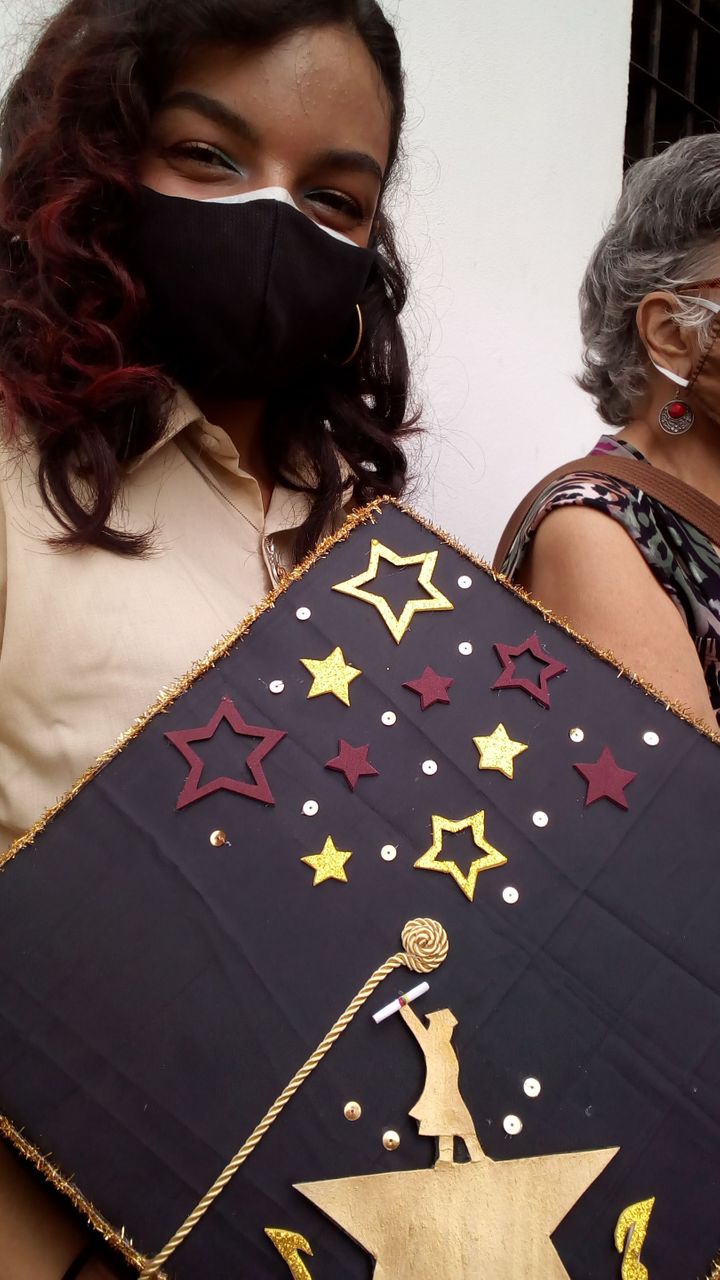