I woke up early on a Sunday morning. It was still pitch dark. It was now autumn in Cape Town, South Africa, and the mornings are cold. I muttered about it as I shoved various surfboards into my car.

Why more than one? Well, the surf forecast was looking promising for a variety of surf spots, so I wasn’t sure where exactly I was going to land up and which board would suit me best. My rough plan was to drive 45 minutes over a small mountain pass to a little village in the South of the Cape Peninsula called Kommetjie. From there I would scan over the sea, and decide whether to drive even further South to the beautiful Cape Point Nature Reserve (Plan A), or simply surf the consistent beach break in Kommetjie with a friend who lives there (Plan B)… 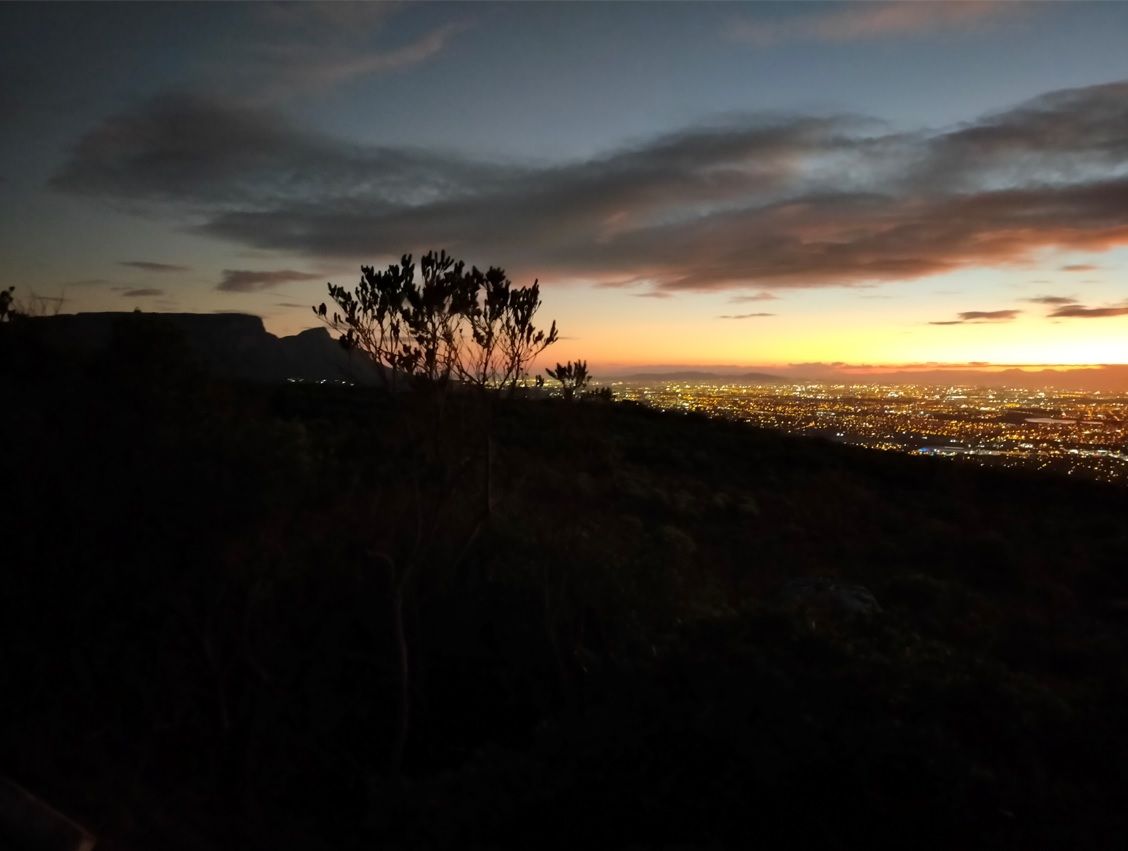 I stopped on top of the little mountain pass to watch the sun rise over the city. Cape Town is pretty special! There is the famous flat topped Table Mountain on the left!

As I arrived in Kommetjie, I got a message from the friend that he was really suffering from a stomach bug and would not be joining me. I was alone, which freed me up mentally to go and surf wherever excited me most rather than trying to compromise...

First, I went to go and look at the consistent beach break in Kommetjie and I was shocked to see that it looked raw and unpleasant. I knew there had been a big raw swell the previous day, but that would have usually calmed down by now! This place is hidden around a corner and so usually only the real swell makes it around, and so usually it is far more likely to look clean and pleasant! If this is how the beach looked, what hope would the rest of the exposed ocean have? 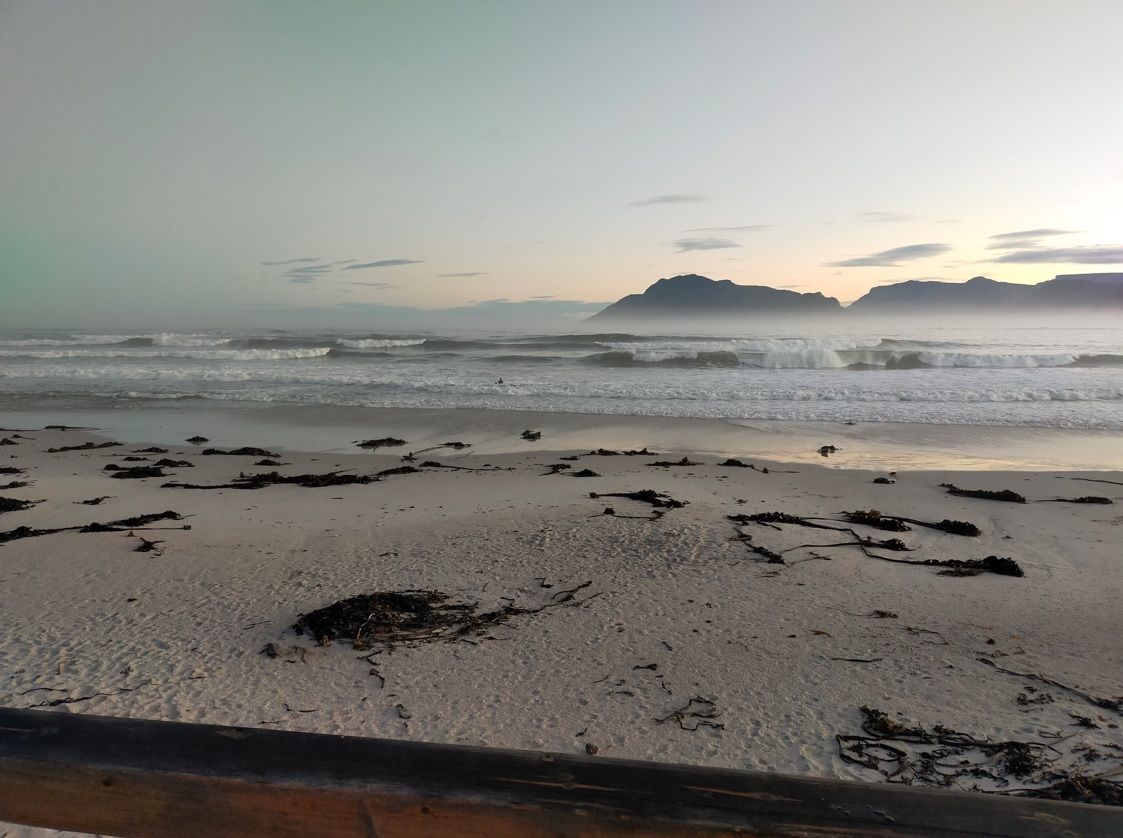 The consistent beach break looking messy and unpleasant – so much for my Plan B! There’s flat-topped Table Mountain in the background again!

I drove to a high road so that I could look down on the ocean and South towards Cape Point. I saw big messy ocean in front of me, and mist to the South. If I drove all the way to Cape Point I would have to wait for the mist to burn off. If it stayed cool and the wind stayed calm, the mist could stay there all morning and I wouldn’t be able to see the waves for hours… this has actually happened to me before! 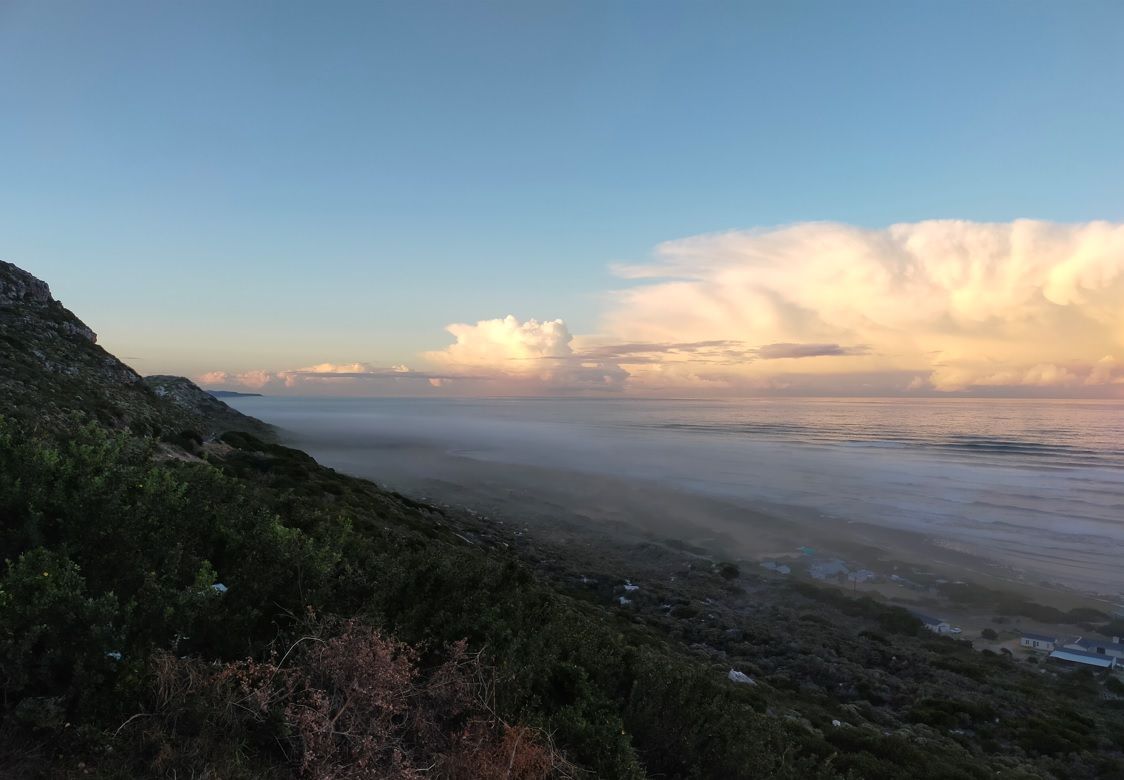 Another beautiful view, but if I drove along the coast in this direction (as per my original Plan A), then I wouldn’t be able to see the waves through the mist!

So, Plan A was ruined by mist and Plan B was looking messy and unpleasant. Should I give up? No! This is Cape Town, there’s always a good wave if you burn enough petrol! What did I know so far?
• The swell was bigger than expected
• The wind was calmer than expected
• Why not at least drive home via the sheltered False Bay?

Oh, how silly I had been! Some of the waves closest to home were looking lovely! I could have woken up much later, burned far less petrol, and surfed in the beautiful sunlight that was starting to shine in the middle of the morning!

Plan C would be to surf on my own on one of the only reefs I know where you don’t have to worry about kelp, a type of tough seaweed that can trip you up as you surf. It breaks off a famous tidal pool. It doesn’t work very often, but a quick check showed me that today was a nice day for it.

Plan D would be to surf Muizenberg beach. This is one of the best beaches in the world for learning to surf. It has become very popular on good days, and today was looking like a good day! Muizenberg is a vibe! Everyone is there! Beginners and pros, men and ladies, old and young, and racially diverse as well…

So, what did I choose? Plan C or Plan D?

Why both of course! 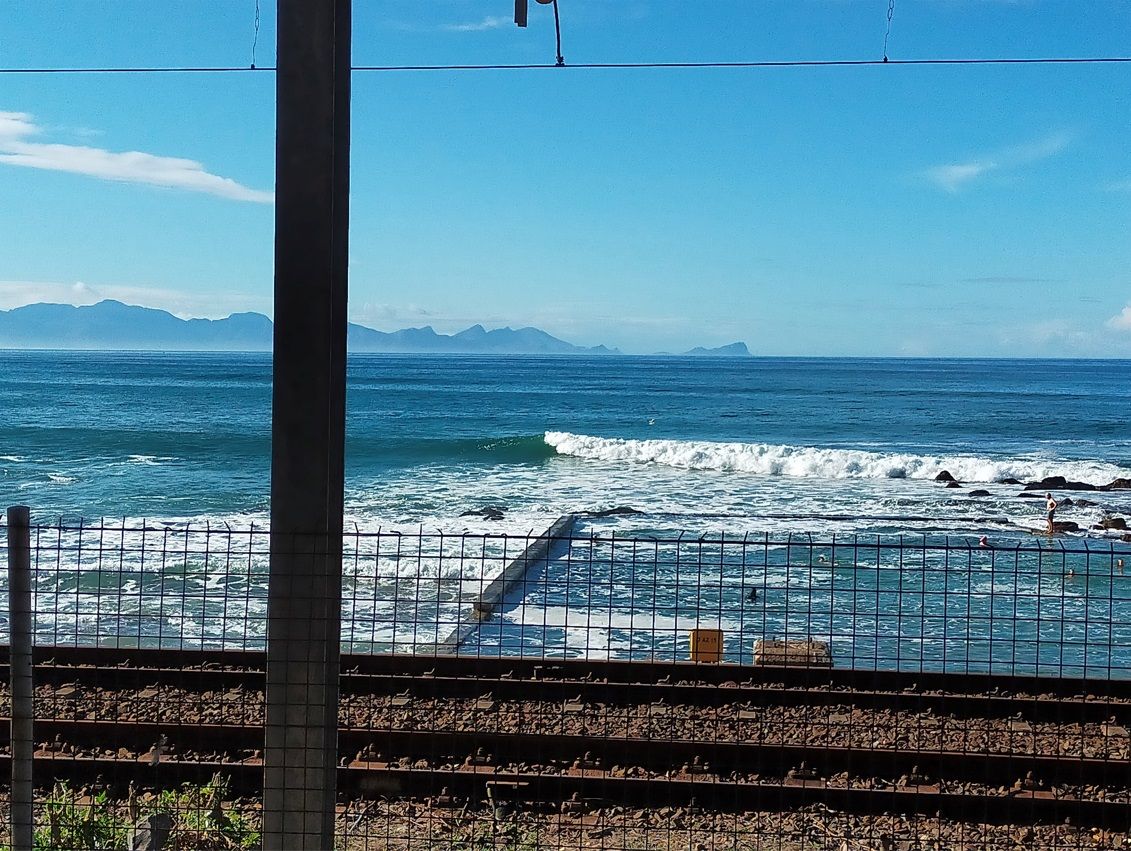 I started with a couple of waves at Plan C – I was all alone on the waves and could even use the tidal pool wall to reach a little rock-jump into the water!

Plan C got quite good although the rides were short – I’m sure most Capetonians know where it is from the colourful beach huts! 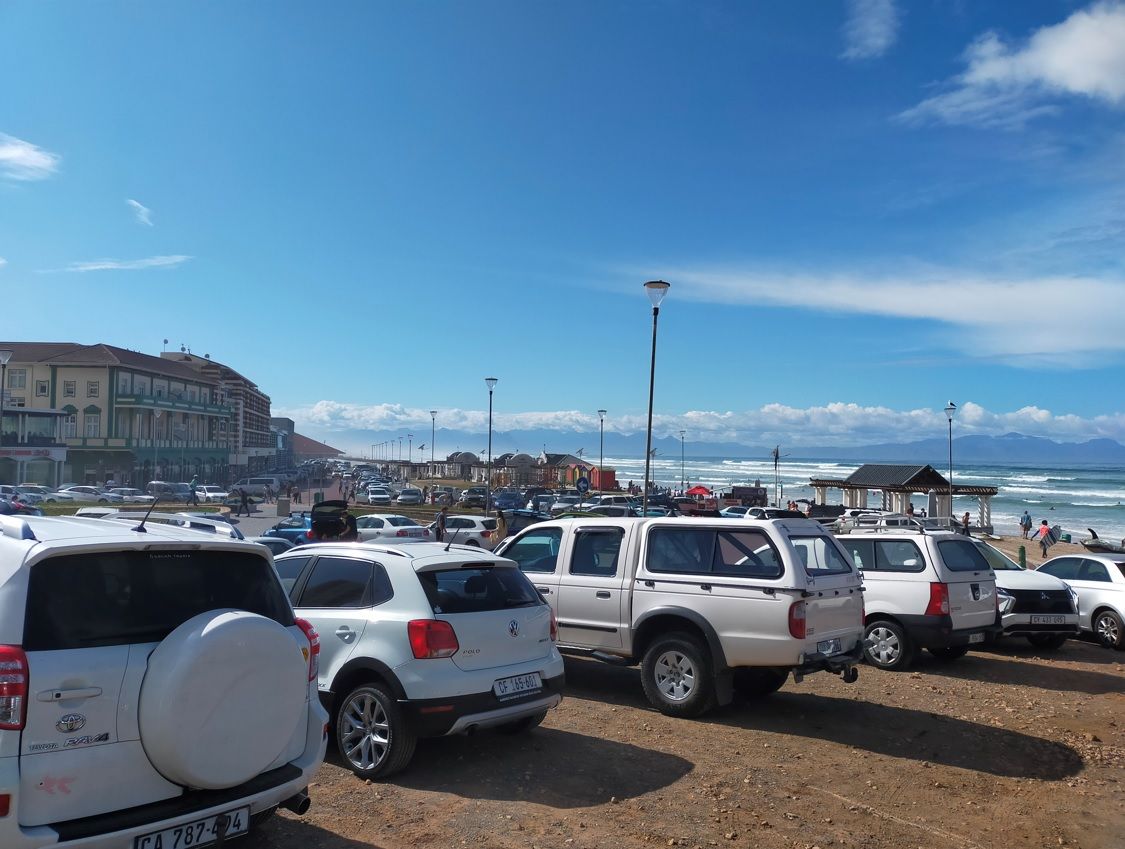 Plan D was Muizenberg – the car park was packed!

The line-up was packed as well – but I still managed to get a few out there before heading home satisfied!

So that’s the essence of surfing in Cape Town. Often you can predict roughly where you should be going, but sometimes you just must laugh, admit you were wrong, and keep on driving!