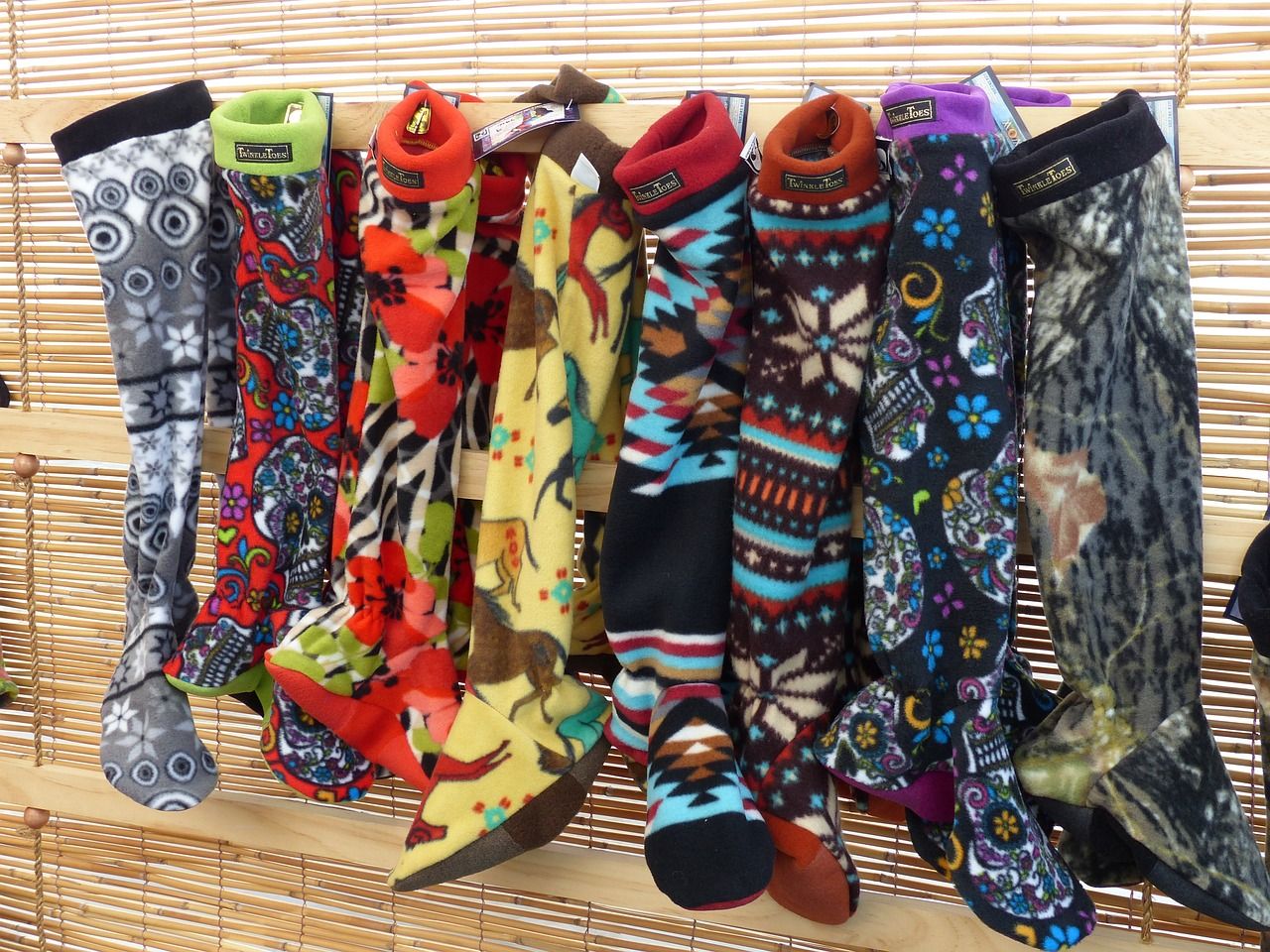 He wears colorful socks when he goes to work at the office. Often bullied by his workmates whenever he removes his shoes. He doesn't care. Those socks bring smiles to him, and reminds him of happy memories.

Flashback to five years ago when he met this woman at the department store buying new clothes, including socks. He took a set of colorful socks in the stall, when the woman tried to take it as well.

He decided to give it away to the woman, who became her girlfriend, and after a year, became his wife. She used to buy him colorful socks as well. The last time, she made a set of colorful socks as a gift to her husband.

That's the last gift he received from her because she died from cancer. Those socks brings him tears at times, but it gives him great memories of how he met his wife.