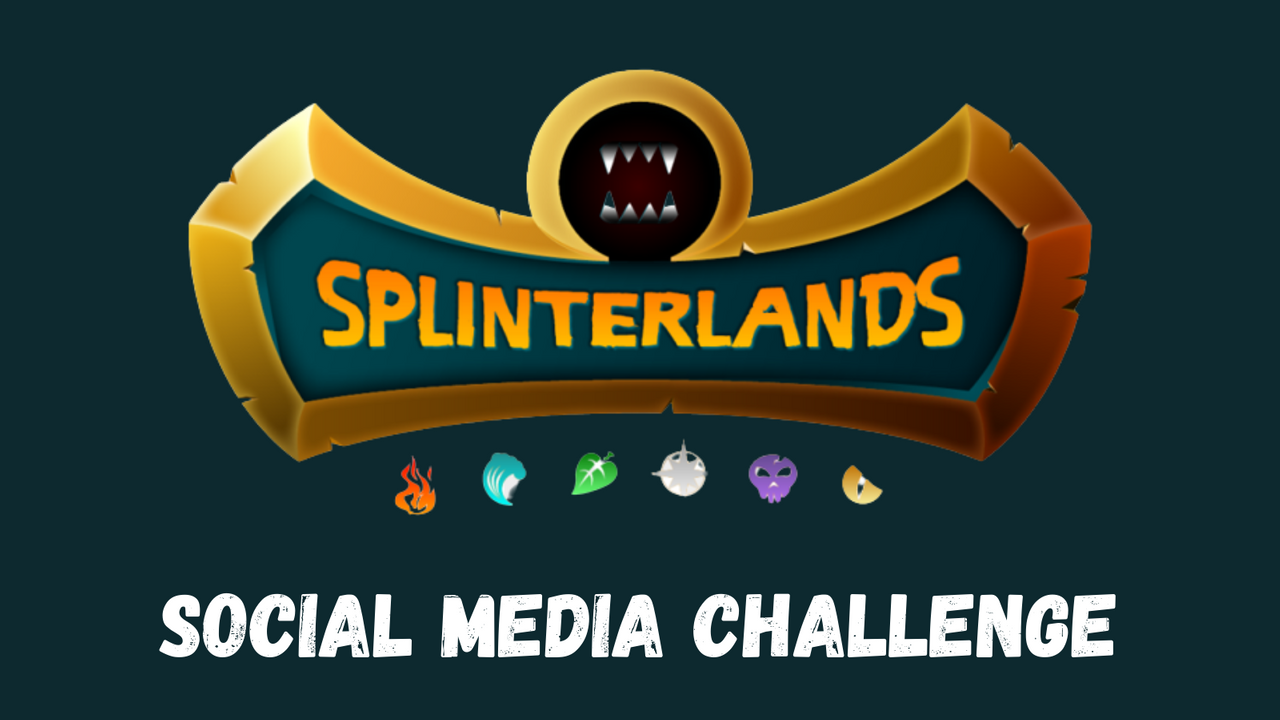 Hello all Splinterlands and Hive friends. I have recently started this new project where I tell stories based on the Lore of Splinterlands and my own inventions, both of battles and cards. Let me know what you think.

Gobson was in the middle of the Full Moon Party. All the Goblins of the city were partying, together with the other citizens. Shouting, singing, dancing, music, Goblin Snuff, Gorubinog and other spirits were the main protagonists of the party. The moon was high in the sky and shone brighter than ever over the town of Gobson. The moonlight was so strong that it dominated the darkness of the night and illuminated the streets of Gobson as if the public lighting system was on.

Sinder, Finnerick and Ginneruck were escorted by the Goblins of the Goblin Family. Destination unknown to them.

"Where on earth are you taking us? Let us go! Let us go home!" shouted Sinder.

The Three Humans were unaware of what awaited them. They knew many legends and rumours according to which the unfortunate humans who once found themselves in Gobson during the Full Moon Party never returned home. The reasons are not known, they are of course legends.
Stories circulate in Lyveria about a few cases similar to this that they experienced. The most famous story is that of a certain Brimbo, an adventure-loving young human who deliberately decided to defy the legends of Lyveria and travel to Gobson on the very occasion of the Full Moon Party. The young human, once he had entered the town, would be able to wander around in peace during the day. Until evening came and the Goblins captured him and he became the main protagonist of the Moon Party. The poor wretch would first be forced to perform on stage in a kind of beast-like circus, then he would be forced to smoke Goblin Snuff and drink to the point of exhaustion. And as a final act he would be taken to the highest point of the city and sacrificed in honour of the Moon. Afterwards, his flesh would be roasted and distributed equally to all participants in the ritual. It is said that the young man's parents appealed to King Wilhelm two days after his disappearance, who warned Spirit of The Forest of the macabre occurrence. But, three days having now passed, no one was able to reconstruct the evidence in the case because every last trace had been carefully erased by the Goblins.

It is a legend, of course. But the three humans know it by heart and now find themselves in the situation that, through legend, they had been strictly forbidden to be in since childhood.

"I don't do your freaking show! Do you understand?!" shouted Finnerick towards the Goblins.

" Stop pretending not to hear me! Despicable Goblins! You are still in time to let us go! Do you hear me?! If you touch a single hair on our heads, the whole of Anumun will know it, and you certainly won't get away with it! " thundered Finnerick again.

"Finnerick stop it, they are too drunk to reason.... You do as they ask and in the meantime try to figure out how to get away," Sinder told his friends, trying to calm them down.

"Sinder you are too good, I've always said it. Let's try to escape, let's do something! Are we going to let them decide our fate while we come up with a plan to sneak out at who knows when?" continued Finnerick.

"Calm down Finnerick! Damn it! Do what they tell you to do, avoid further pain!" thundered Sinder.

"What are you humans babbling about? Do you want to slip away? You don't like our party?" said a Goblin who was escorting them.

" NO! Not only do we not like your party, we hate it! You're just drunks and bloody stoners! You're always messing around! Where is civilisation? Huh? Let us go you damn Goblins!" shouted Finnerick with as much breath as he had in his throat.

" IHIHIH did you hear that? The human said our party sucks! IHIHIH!" said the Goblin leader of the gang as all the other Goblins let loose insulting expressions towards the entire human race cursing them for offending them and indirectly the Moon.

"Finnerick, you just can't shut the hell up!" shouted Sinder in his friend's face.

By now the damage was done. And then, damage... the greater damage was yet to come as the three humans had no idea where they were heading. Then add to that a barrage of drunken, savage Goblins, as well as insults to their species and party... well, it certainly didn't bode well.

The Goblins picked up the pace, now they were really intent on getting the humans to their destination as quickly as possible.

The plan was quite clear, not to everyone of course... the humans had no idea what they were getting themselves into. The Goblins' plan was precisely that of the famous legend going around Lyveria about humans being captured, paraded in the circus and then roasted in sacrifice to the moon and eaten. Of course, the last part wasn't quite like that... Goblins are certainly not cannibals, nor do they eat human flesh. Like all legends, there is a kernel of truth, but there is also the made-up part. The part that gives validity to the legend, legitimises it. The part that makes a legend scary.

The three humans had arrived at their destination. They were backstage at a gigantic stage set up in the centre of Gobson's Piazza Grande. The stage was immense in the truest sense of the word, and was accessed via an impetuous flight of stairs. The view from the stage was impetuous, tens of thousands of Goblins crammed into the square drinking and singing hymns to the Full Moon. The stage and the square were well lit, but not artificially, but by the moonlight, which was huge and particularly bright that night.

"Sinder... are those circus instruments? Will they - will they - perform us? The legend is about to come true, Sinder... They will sacrifice us, roast us and eat us, Sinder... Sinder... Let's do something, Sinder. Let's run! Actually no, they would catch us... what are we going to do Sinder?" said Finnerick stuttering with much fear.

" We won't do anything Finnerick, we'll just get on this damn stage and do their damn show! This is what they want? We'll give it to them! Let's try to take as long as we can... by now the moon is high and will soon begin to wane giving way to the Sun and the night will end. At first light the festivities will end, otherwise they will be forcibly interrupted by the Sovereigns all of Anumun! This is the plan... take care!" explained Sinder to their friends.

" Damn you Sinder... then you had a plan! I love you Sinder, my friend...I love you!" closed Finnerick.

If you want to have a look at the Lore of Splinterlands, I leave you the link to the encyclopaedia:

If you are not subscribed to Splinterlands and would like to try this wonderful game, I leave you my refferal link below:

All images belong to Splinterlands and all rights are reserved. I used images from the game captured through screenshots