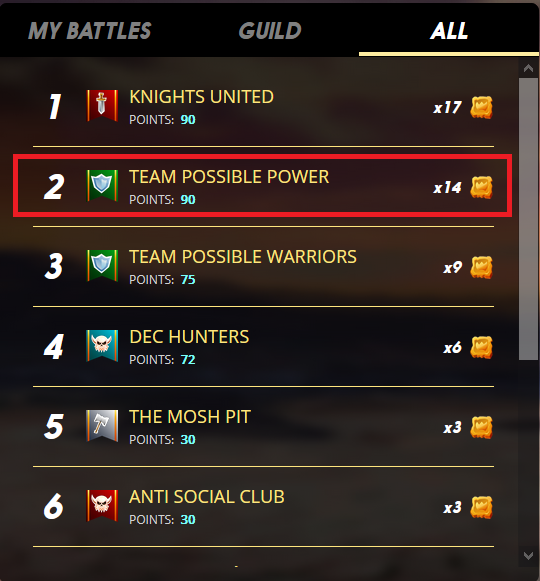 Brawls have begun and the my guild's first results are in. We came in 2nd out of the random 10 guilds matched together but as seen 1st and 2nd have no point differences. It is essentially a tie, but likely the tie breakers came in on the fact that my guild had more losses than wins compared to the 1st place guild.

A quick breakdown of the rewards for placement after Brawl. 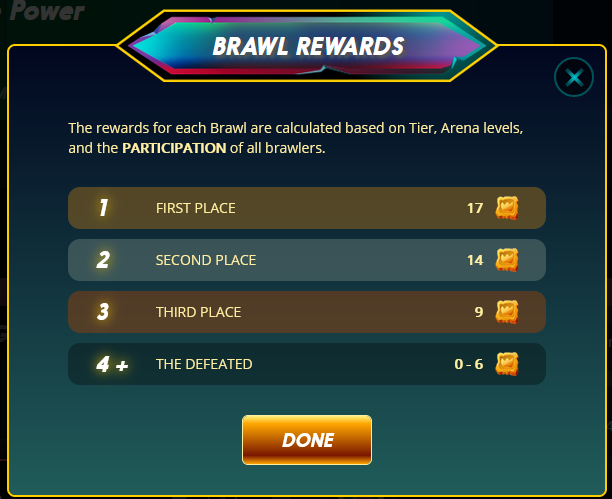 As stated in the game each Brawl has 10 random guilds to battle each other. Each Brawl falls into a tier but since all guilds are just starting all are in tier 1. To reach higher tiers the guilds need to earn enough crowns. 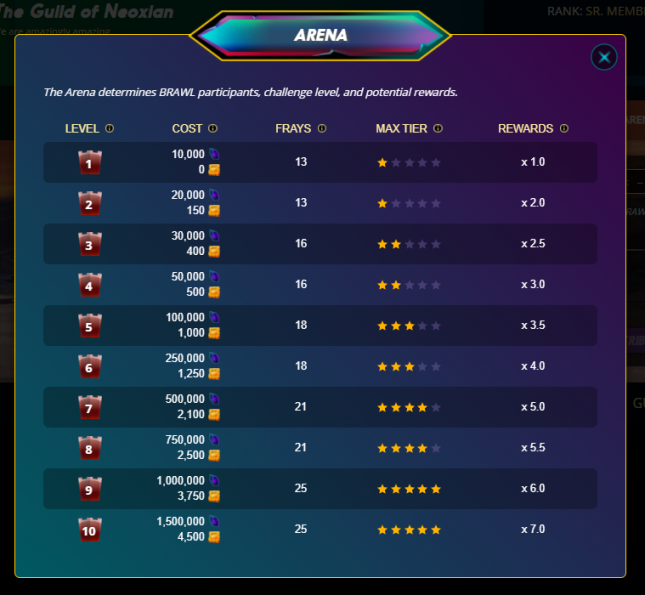 What is interesting is the break down of the matches in each fray. First off each Brawl has 13 frays in tier 1. Each fray has one participant in each guild. For the frays they will be based on league rating followed by regular or gold foil cards. Lower leagues such as bronze matches will the most matches, at 8. While gold league with use of gold foil only will likely have less matches, recent Brawl we only had 1. This is because based on the participants total points and league rating will need to be high enough to fulfill the requirements to enter fray. Generally a the bronze league has more players because their points and ratings are easier to achieve while less players in gold league because less of the players fulfill the requirements. Also at tier 1 only 13 participants in each guild can participate therefore there will be some players unable to play in the Brawl in each guild.

The second Brawl ever is already set on clock and will occur tomorrow. Once Brawl begins each guild has 24 hours to pick frey. The following day players have 24 hours to setup their matches and battle results with point tallies are in on the third day.

The Brawls I say are a great success. I originally joined my new guild basically to become more competitive in Brawls and earn more DEC per win. Still there is no better place to start the game or join a guild for players who have yet to do so. Splinterlands marketcap is still low relative to how many years it has existed, at close to $13 million. 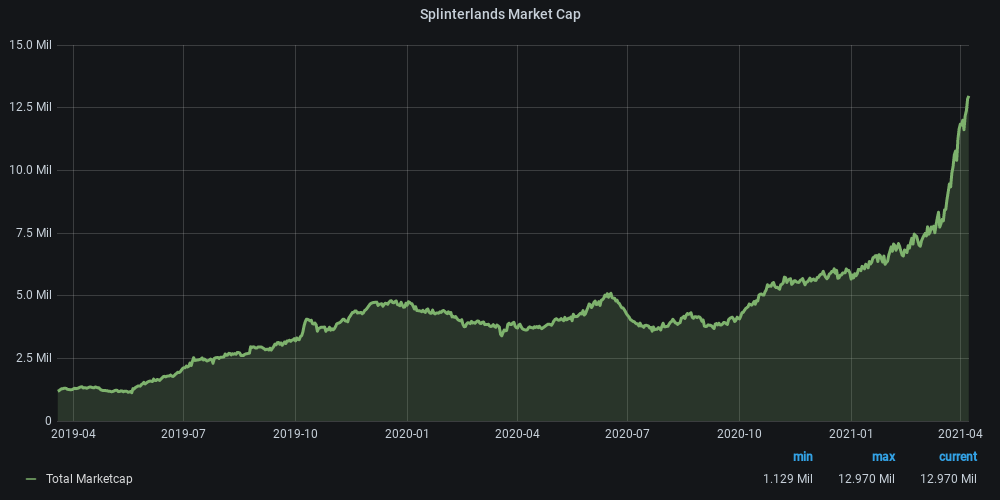