dCrops is a farming simulation game on hive. It is a new game. The alpha pack was sold out. The price of unopened cards (dcaplha) continues to rise. 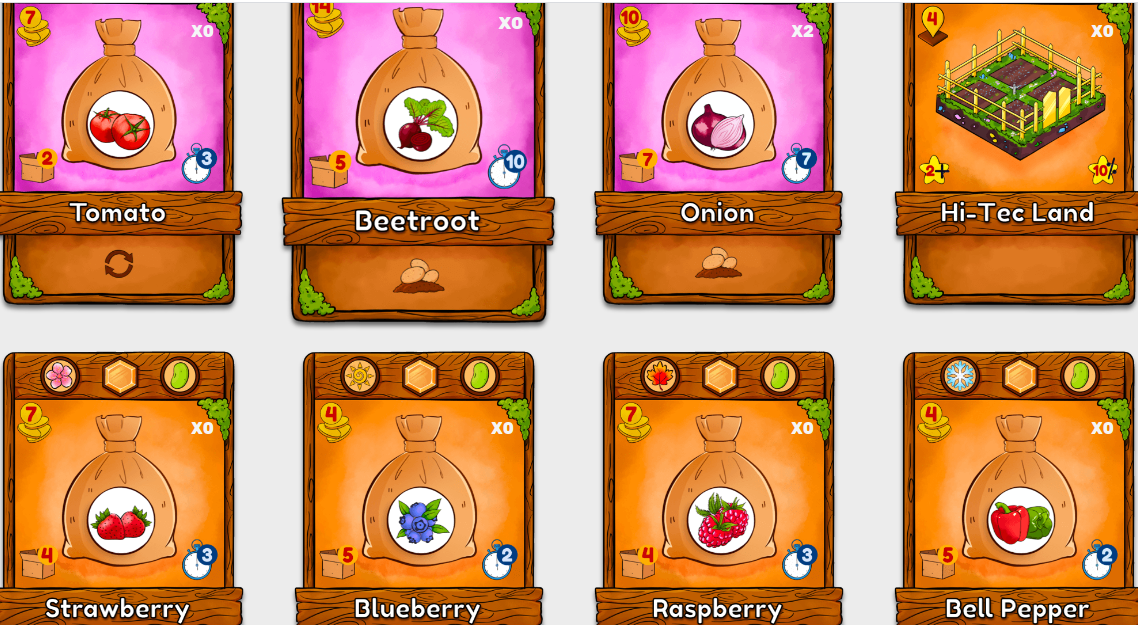 There are four seasons in the game. Every season has its own seeds. In this new season in winter, dCrops has launched quests. 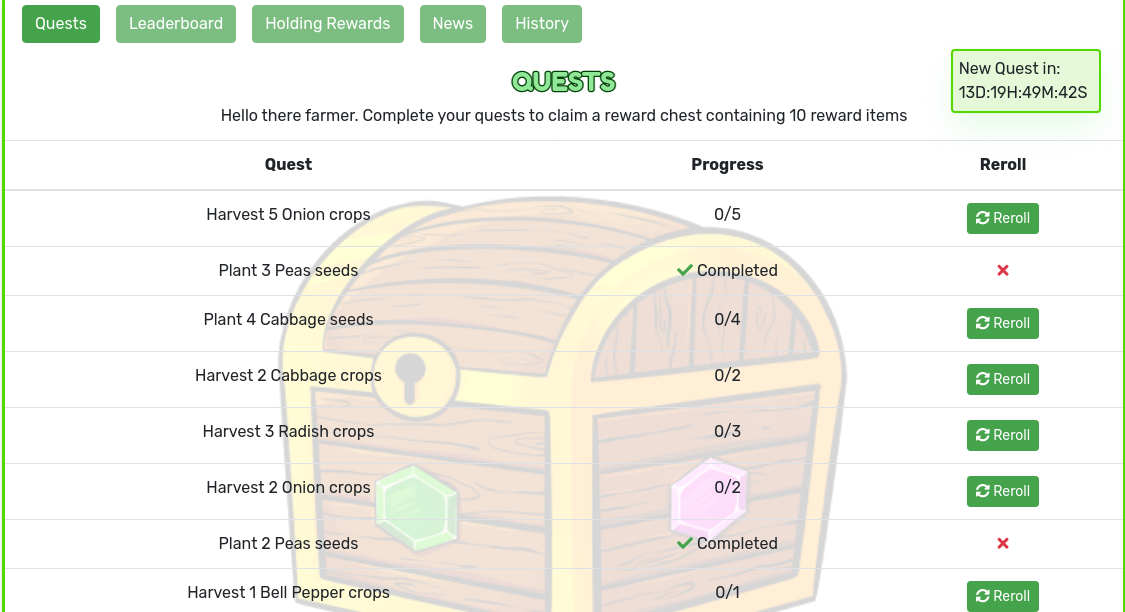 This is a new feature in dCrops. Players should fulfill the quests to be eligible for the reward. The reward contains 10 items. Quests will be different every season.

The Renting Feature Is Needed

In the dCrops game, the alpha pack is not available officially. There are only cards in the marketplace. Besides that, there are also unopened alpha packs in the marketplace in hive-engines but the price is getting more expensive today.
There are quests to complete harvesting and planting. The biggest problem is completing legendary cards or seeds. Not all players have legendary seeds. The legendary seeds are available in the dCrops marketplace, but the price is too high. These are the legendary seeds. They are a blueberry, a strawberry, a bell pepper, a raspberry.
Every season has one legendary seed. If players don't have the legendary seed, they can only buy in the marketplace. I think the game needs a renting seed feature. Purchasing the legendary seeds is expensive because the seeds are becoming scarce in the market. one hand, the rarity is good for raising the value of the card, but on the other hand, the desperate players will leave the game because they can not fulfill the quests.
There is no renting feature in the game. I hope in the future the developer will launch a renting page. New players are able to rent land and seeds from the landlords and the seed owners. Players can rent seeds and land, but the transaction is outside of the game platform. The transaction may take place in discord rooms. It is very risky because those who rent the lands and seeds are not guaranteed to return the lands and seeds to the owners.
Players can still make a few dollars by renting out their lands and seeds.Buying seeds in the marketplace is not affordable for low budget pocket players.

How do you earn money in the dCrops game?

There are two pools of earnings in the game. The first is the hive earning pool, and the second is the earning crop token pool. To earn a hive you should have a minimum of 20k in crop power. To gain 20k in crop power, you should have minimum criteria. You should have unopened cards, three star harvested cards and crop tokens.
You can earn a crop token every season. You will earn shares by selling harvested crops at every season. The number of shares is counted from the seeds you plant. Legendary seeds outnumber common, rare, and epic seeds in terms of share.

In this season, I may fail to fulfill the quests because I have no bell pepper seed. Bell pepper seeds are available in the dCrops marketplace, but the price is too high. They range from 50 to 100 hive. I think there are more players who face the same problems as I have. That is why the renting feature is needed so I can plant and harvest the legendary seed at lower budgets. Thanks for reading. To play this game, you can join dCrops. The only login is via hive keychain wallet.