Have You Played Islanders?

One of my favorite genres certainly is the classical city builder game. I've spent a lot of time playing the various iterations of Sim City when I was a kid. Later, I've started to play a lot of Cities:Skylines, a worthy successor of the old classics and a game I'm definitely going to make an article on as well eventually. The one issue I always have with these kind of games is the time it takes to play them, though. Setting up your initial town, waiting for more money to come in, slowly developing new areas takes a lot of time. While I love just looking at what I have built, I simply don't always have that much time to spend. When I stumbled across Islanders on Steam, I was pretty excited. It's advertised as a Minimalist City Builder and that concept sounded really intriguing. 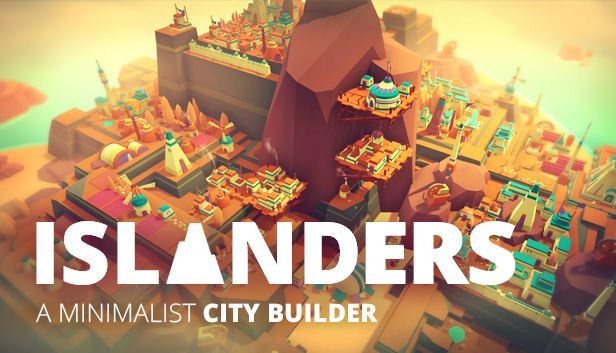 All images taken from Steam

In Islanders, you travel between islands, each time starting from scratch. Your goal is to reach a certain amount of points. Once you've achieved that, you can choose to keep playing or move on to the next island any time you please. You get points for placing various buildings next to each other. Each building has a certain range in which it checks for other buildings and each building likes and dislikes different other buildings. Houses want to be built close to other houses or parks, the city center dislikes the shaman, and a sawmill really shouldn't be built next to another sawmill. For each positive building type you gain some points, for each negative one, you loose some.

The buildings you can place come from different packs. You start the game by choosing between one of two different packs and you receive a pack afterwards every time you manage to achieve a certain amount of points. As you can imagine, this is pretty easy in the beginning and gets harder the further you progress on each island. You are only given the name of a pack, hop farm pack for example, but you never know what's in each pack exactly. 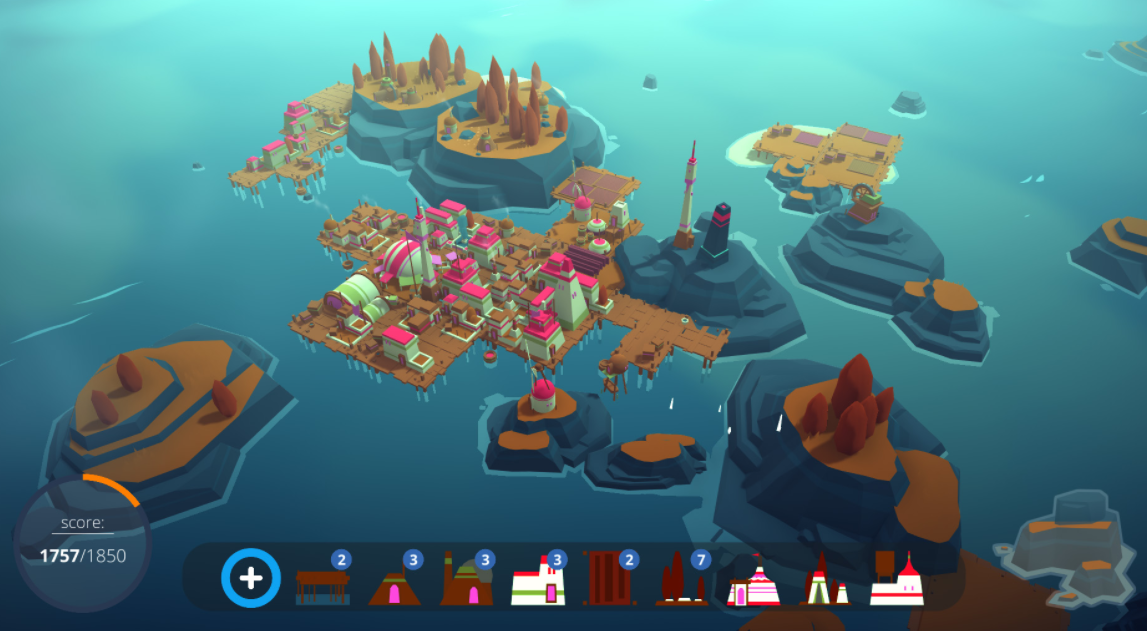 There are dozens of different buildings in the game and while some are pretty straight forward and can almost be placed where ever you want them, others are a lot more complex, liking and disliking a lot of different buildings and checking a huge area for them. Getting to a certain amount of points is rather easy but the further you progress the harder it gets to place your new buildings in an (next to) ideal way. Eventually, you'll run out of cards to place and at that point it's either game over or you'll advance to the next island, starting all over.

While that already sums up the whole gameplay, it's still a rather interesting game with a steep learning curve. Once you've figured out the basics you'll get to several new islands before running out of cards but if you really want to keep hopping from island to island endlessly, you need to plan ahead, already taking into account where you want to place your late game buildings as soon as you lay down your first cards. It took me several attempts to really get the hang of it but after that I had a blast beating island after island for some hours. 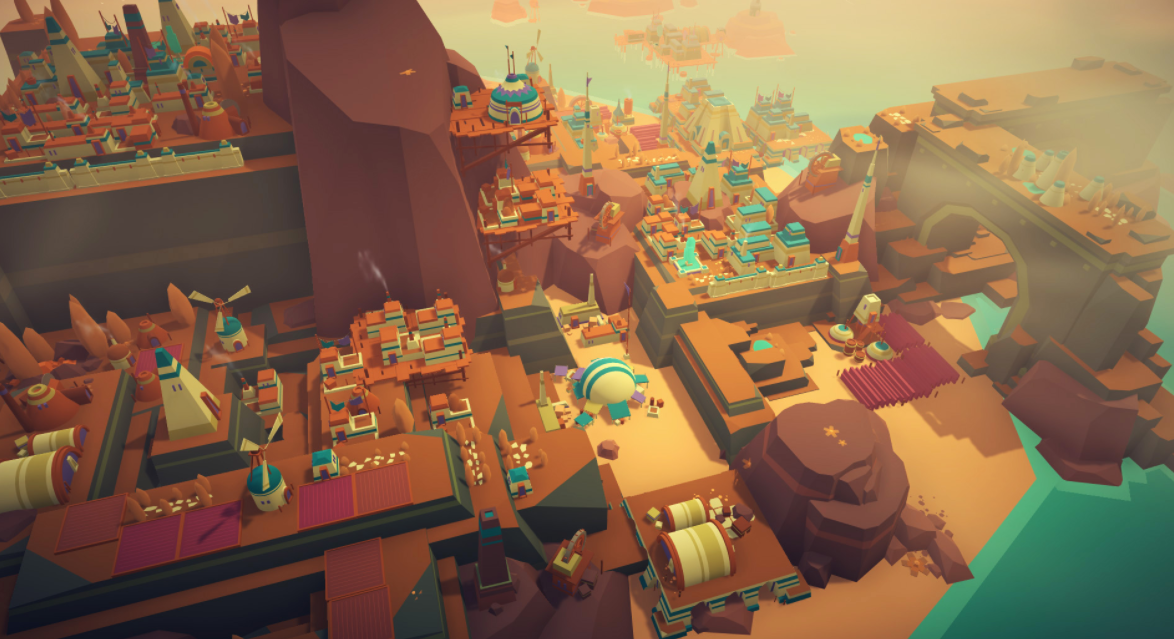 And that really describes the core issue the game has as well. It's super fun for some hours, but that's about it. Once you've figured it out, you've basically beaten the game. The islands are semi-randomly generated and offer a lot of variation, both in terms of size and topography, but no matter what island you end up on, the game is always going to play out almost the same. Without any new buildings being added after the second island, it gets repetitive pretty soon. Right now, I have about 7 hours worth of playtime in Islanders and while I really enjoyed my time, I'm not sure I'm ever going to launch it again. It's a fun little game, but it's nothing you keep coming back to.

Also, the term Minimalist City Builder is pretty misleading in my opinion. While you obviously are building a city of sorts, there's no actual city building here. For all it matters, you could just be placing differently colored cubes and the game would be exactly the same. There are no people walking around, no interaction between different buildings after you've placed them. In short, while the graphics are really good, your city is just dead, there's no action, nothing to look at. To me, this is what really makes a city builder a city builder, though, and because of that I'd call Islanders a city builder themed puzzle game at best. In all honesty, it really is just a good looking puzzle game, nothing else. The graphics are great nevertheless, though, as is the ambient sound. The game has a very calming feel to it, so in that regard it's almost perfect. 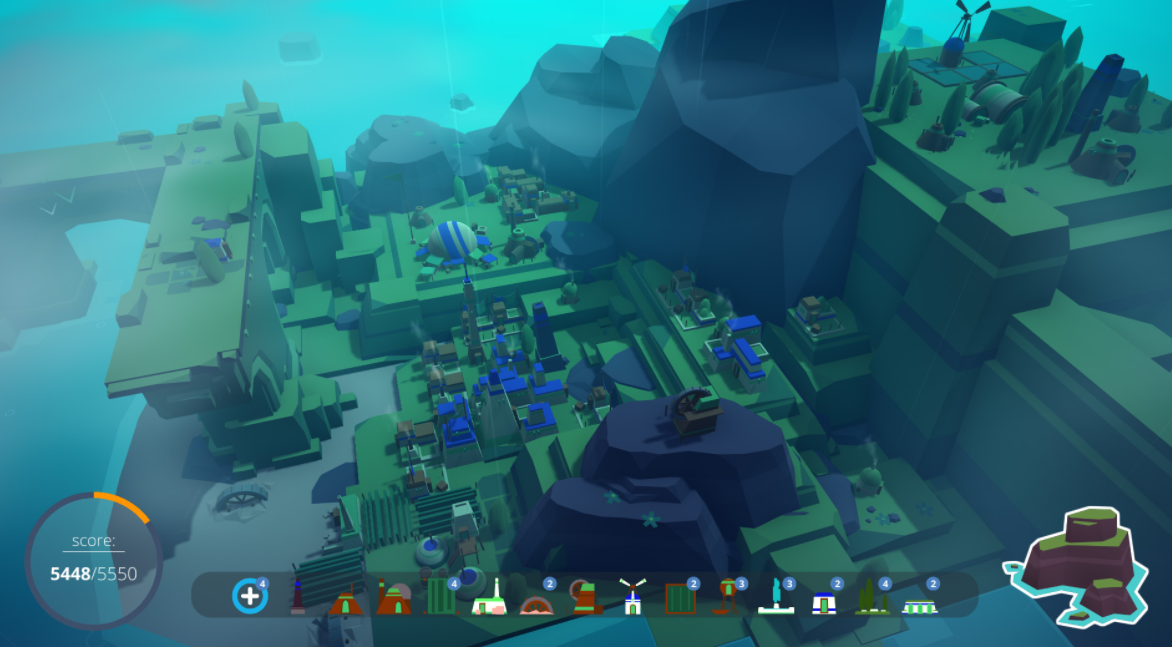 It does have an overwhelmingly positive rating of 95% positive votes on Steam and I'd say it's deserved. The first few hours of gameplay are extremely fun and I played for almost 5 hours straight the first time I tried it. The thing is, if you look at the hours played of most people that left a comment with their vote, it's usually below 10 hours. People will play it for a while, think it's really cool, cast their vote, maybe play it again once or twice, and never look back after that. On the other hand, the game is sold at 4.99€, so something like 6$, and I feel like that's a very fair price for the amount of entertainment you get out of the game. It's less than 1$ per hour that you'll enjoy it and honestly, that's way better than what you can expect to get out of most AAA titles.

With my 7 hours play time I've gotten 23 of 26 achievements in the game, so even if I wanted to complete these as well, I'd say you shouldn't expect to play it for more than maybe 10 hours. If you enjoy puzzle games or if you are looking for a calm but interesting game to kill some hours or even a slow weekend with, you really can't go wrong with Islanders. I wished there was some more variation to the buildings and a little more to discover in the game but other than that, it's a brilliant little gem. If you aren't in a rush, I'd wait for a sale but even at full price, it's a good deal and I can only recommend getting it.

And that's all from me for today, thank you all for reading and see you next time!