gabrielatravels73
a month ago
inHive Gaming 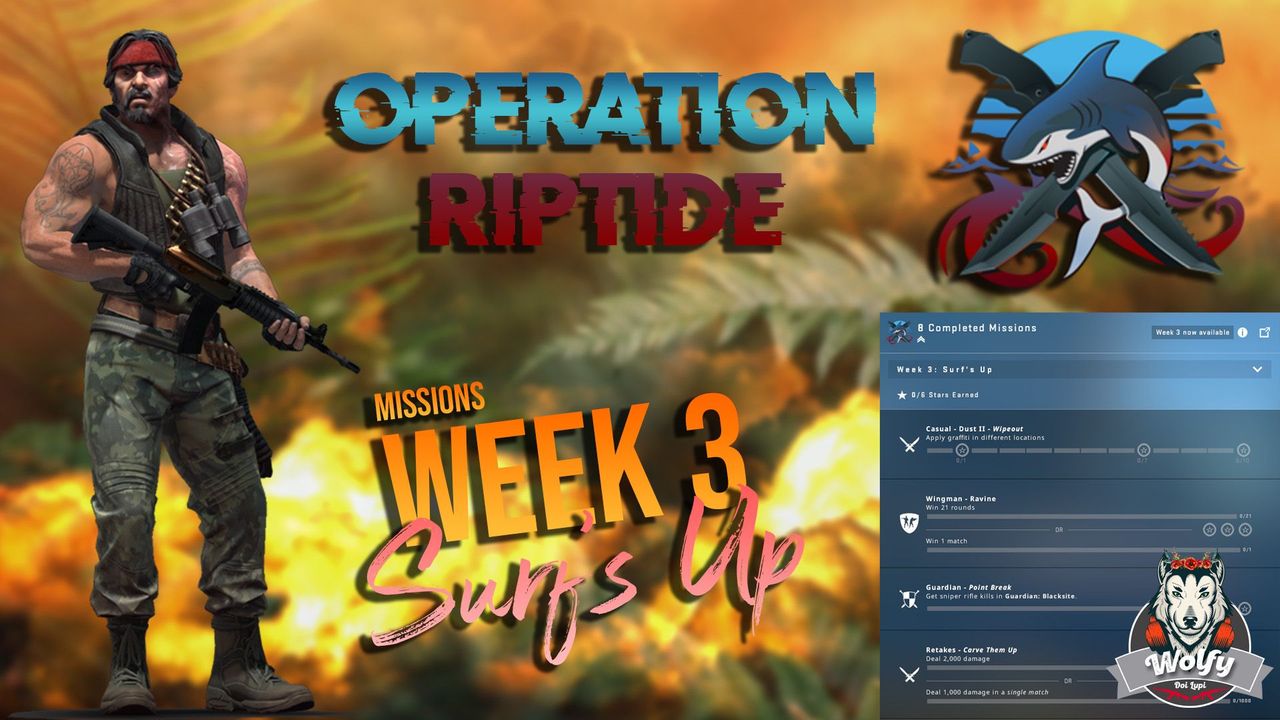 Alright, it looks like getting a positive test for COVID is not enough to keep me away from writing about the missions completed in the Week 3: Surf’s Up from CS:GO since there was one that I really enjoyed playing even if it came with a few moments of anger, so... let's begin!

Even if we are far from getting closer to the end of the Riptide Operation, the new week came with just 4 new missions but which were enough to have fun in the game, especially if you are having a teammate to play with and share the same emotion during the gaming session.

In my case, I'm talking about my boyfriend whom I'm always sharing these missions with and playing the game in general, because it's more than just a game we both enjoy playing, so I don't think there's someone else more suitable for this position when I'm looking for someone to play with. 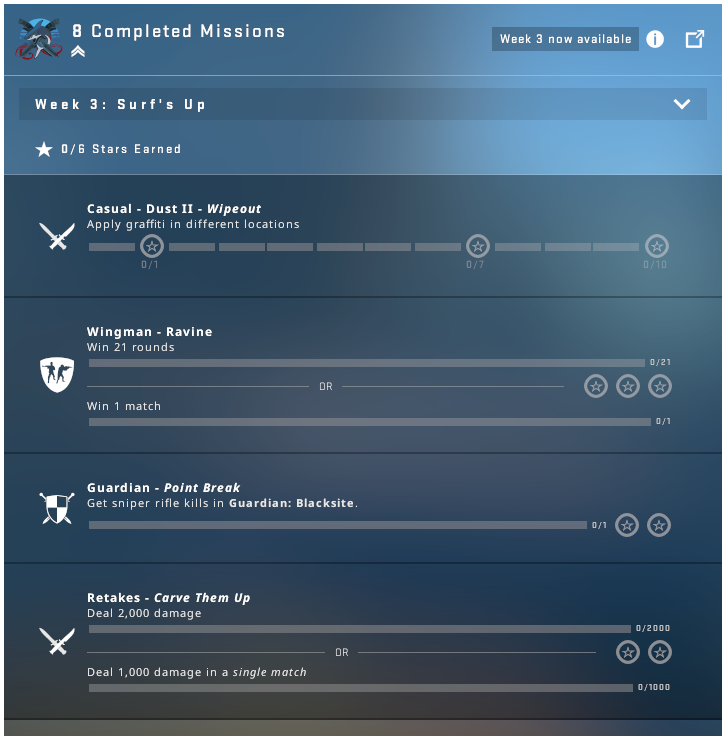 Anyway, the Week 3: Surf’s Up came with 4 missions only which can be completed for the total of 10 stars as it follows:

As always, I began with the first mission which represented both a good warmup before things get more serious and also a fun way to apply graffiti on the map in the following places:

Of course some of them were easier to be completed from the T side while some were more advantageous if you were playing in the opposite team, but since there is no specific order you need to follow for this mission, you can always complete some from a team and the rest from the other team.

The 2nd mission we completed was the one with the riffle kills on the Guardian mode which was also my favourite because I always loved playing with an AWP or any gun that has a scope on it. The riffle category of guns doesn't include just these with scopes, but normal guns too, namely Famas, M4A4, SSG 08, AUG, AWP and SCAR-20.

Anyway, there is no doubt that the more suitable weapons to use in this mission are AWP and SSG 08 since you are playing from a water tower and the enemies aren't getting too close to your position. It took us a while to figure out the best positions we should take not to get killed by the bots because almost every round they were throwing out Molotov on the floor we were camping but if we were going too high then we could miss seeing all of them. So we decided to split and stay on the last floor and shoot those which were on the roofs of the houses or coming with parachutes, while my boyfriend stayed on the ground and took care of those that were getting out of the houses or coming from the forest.

The other 2 missions left are more tactical and you really need a good teammate since you are going to play 2 vs 2 matches, but if you are used to playing matchmaking I'm sure you are not going to waste too much time completing them.

Wingman passed pretty fast as soon as we got used with the map because the opposite team had a visible smaller rank than me and my boyfriend had, and the Retakes one was rather fun than difficult especially that you can use any methods to create the damage and you are not forced to do it only with grenades or a specific gun as we had to in the previous missions. 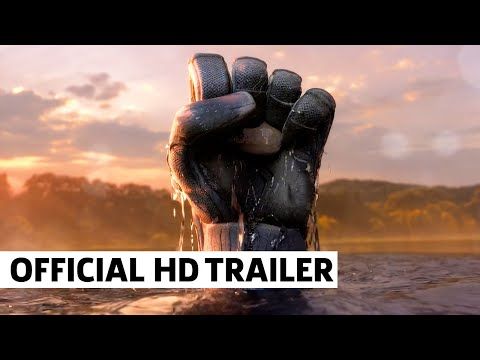