What's up, you bunch of sweet babybois? I'm back again to ramble some nonsense at you about a video game. How else am I gonna impress you all and have unlimited mommy milkers to suck on, like a true gamer? The game that I'm going to be talking about today is definitely a weird one, and was probably one of the most hyped up games to drop in the past decade, as it was Hideo Kojima's latest project. It's called Death Stranding, and yeah, it was an experience. That's for sure. Genre wise, this game is an action game, but, I think this kind of created its own genre. Obviously the developer was Kojima's studio, so I'm not gonna really go over that shit.

Now, after playing this game I can say I've ascended to a new level of being. I can now spread my cheeks and fart into a wine glass and sniff it for hours at a time and find it absolutely pleasant, all thanks to this game. Because, this game is certainly a unique, interesting artistic vision that I think will stick with people for a very long time. I'll be up front, I really enjoyed this game for the story, writing, setting and world design. The gameplay, however, is the most annoying, dull, un exciting gameplay I've ever touched in my 28 years of being alive. So, lets start there, I guess. 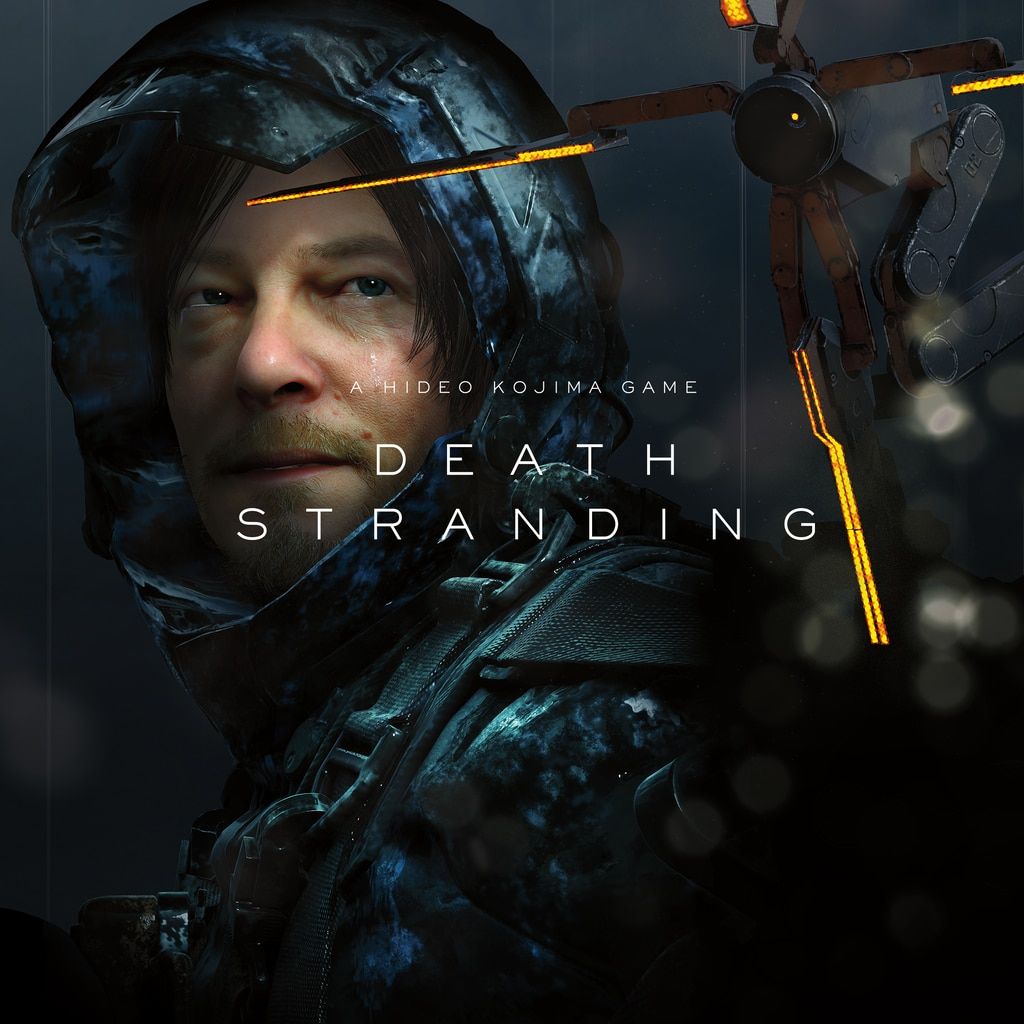 So, yeah. The gameplay is absolutely fucking boring in this game. There's no way to get around that, no way to spin that into the opposite no matter how much you try. This shit is dry, tedious and just a slog to play through. When this game dropped, there was a lot of people saying that anyone who thought otherwise was a low IQ troglodyte fucktard. Even the creator of the game thought Americans just couldn't understand his vision because all they want is pew pew deathmatch. But, no matter what you say, it doesn't change the fact that this game has not a single moment of fun in the actual gameplay. It does get to be bearable, after awhile, but the core mechanic of the gameplay is taking a package from point A to point B in the slowest fashion possible. There are times where you'll have to make a 4000 Kilometer trek on foot to deliver a package if you're unlucky. It's actually fucking nightmare fuel, in a way.

Eventually, it does get better, however. Once you can start using the shared universe feature where you can use other players equipment that they set up, such as ladders, zip lines, shit like that. But, at no point will you enjoy cosplaying as a post apocalyptic UPS delivery man cradling an aborted fetus in a jar of pickle juice. It's all just a means to an end to get you into new cutscenes and narrative sections. And, I can't emphasize this enough, this shit will be the most boring and unfun gameplay you've ever touched if you choose to pick this game up. If you cum in your shorts over walking simulators, I still question if you would enjoy this game. It is just that dull without fail.

A lot of the mechanics of the game seem like they were made to crush your soul. Especially when you're having to backtrack non stop the entirety of the game to do just about anything. (And, there's a shit ton of that, since the game will take you 40-60 hours to complete on average.) For example, if you want to build yourself a road you have to collect the materials to do so. Which, normally wouldn't be a huge deal in other games. However, it take a huge amount of materials to do it here, and you'll have to take each individual package of materials to the spot to do it. There are cars to help sometimes, but, even with that, it still takes several round trips to get it done. And, it's agonizingly slow and awful where you'll notice every moment of it and wish it would just end. The features of the game seem erratic, and like they're just there for Kojima to wipe his cock on your forehead. It's just bad. For being an action game, there's more action to be found in stirring a glass of chocolate milk. And, I'm not saying this game needs to have insane amounts of action like Gears of War or Halo or something. But, there's more action and actual gameplay to be found in a fucking Hentai visual novel than in this game. Everyone defends this by saying it's supposed to be relaxing and fit in with the tone of the world setting. But, it's not relaxing when a lot of the mechanics bend you over and butt fuck you with vehicles and other things. The bike feels like a plastic bag being controlled by a desk fan when you take it off road. And, there are so many small rocks littered everywhere that you will be pinballing off of them constantly if you take even one inch of the wrong path. If you're on foot, you can expect to fall and drop a bunch of your packages down the hill you're climbing where you have to run down and get them only to try again. It's just fucking pure aids. Also, who gives a shit about the tone of the gameplay matching the world when it's boring as fuck and doesn't even have a microcosm of fun? I just don't get how anyone defends this part of the game.

So, lets get to the good parts of the game, which is everything else. The story is great, the acting is great, the dialogue can be really goofy and cheesy at times, but, is still great. If you got rid of the shit gameplay and turned this into a film series, it would be absolutely fucking amazing. That's honestly what they should have done, and I really hope Kojima sticks with the idea of doing movies or TV in the future. Every character in this game is great, the story is so interesting and has so much nuance to it, I can't help but find myself glued to it. Graphically, this game is gorgeous to look at. The enemy designs, the main villain of the game, parts of the world world design, character design, just basically everything looks fucking awesome way and is pleasant to look at. The soundtrack is absolutely wonderful and it's great anytime some music comes on, you'll definitely be pleased there. It's hard to go into more about the game without spoiling stuff. But, seriously, it's all great besides the gameplay. It's just that the dogshit gameplay will be lurking around every corner, behind your shoulder, just waiting to make you walk 3000 kilometers up a mountain and back again and up the same mountain and back again.

Overall, I don't think I would really recommend you to actually play Death Stranding. It has absolutely stunning visuals and designs, a banging soundtrack, great narrative and characters and fun dialogue that can be really goofy at times. If the game just had some good gameplay, this could have been an absolute masterpiece of a video game. But, it just has some of the worst gameplay ever made, and it's not fun. I seriously wish this would have just been a 10-12 hour Netflix series starring the same characters/actors from the game. It would have been so, so much better. I can't go into the narrative really without spoiling it, but, while it can be confusing it is so enthralling and just awesome. I would recommend if you're interested just watching a youtube compilation of all the narrative parts of the game stuck together. Otherwise, just skip the game. But, yeah. That's about it. Until next time, doods.