So I finally Finished: Tales of Vesperia

My feelings about Tales of Vesperia's world by end game. 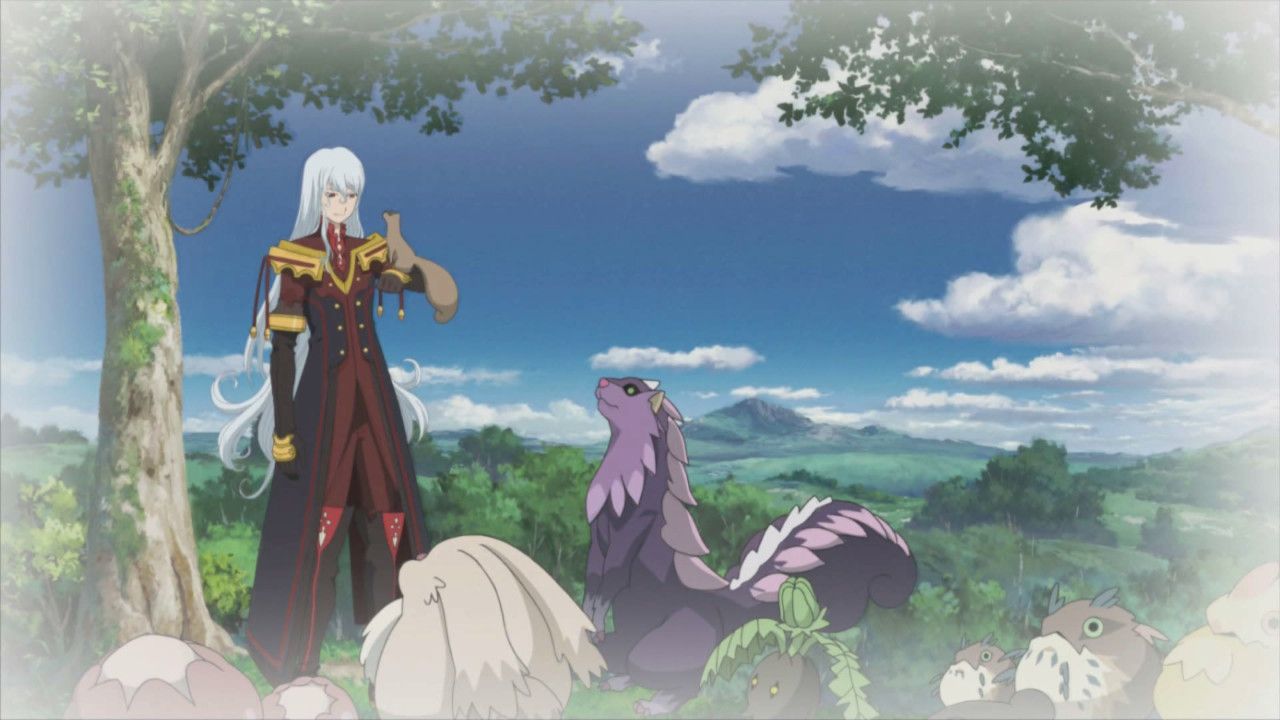 Tales of Vesperia is an interesting RPG. Solid but not groundbreaking. (I find main character Yuri Lowell a unique anti-hero.) There are many things I could talk about but for now I want to write about The Final Arc of the game. Mainly the spirit conversion sub-plot & the final boss motivations.

For the first 15-20 hours of the game, I didn't understand where the story is going. So many things happen but all of them seem unconnected. Until the backstory of Terca Lumireis (the game's world) revealed.

After defeating Alexie at the end of Arc II, he unknowingly destroyed the seal of the ancients. The Adephagos appeared, revealing that the ancients never defeated the catastrophe. Only sealed it.

So the protagonists' guild, Brave Vesperia worked together to find a way to defeat the Adephagos. After many attempts, they accidentally created the first spirit in the world: Undine. 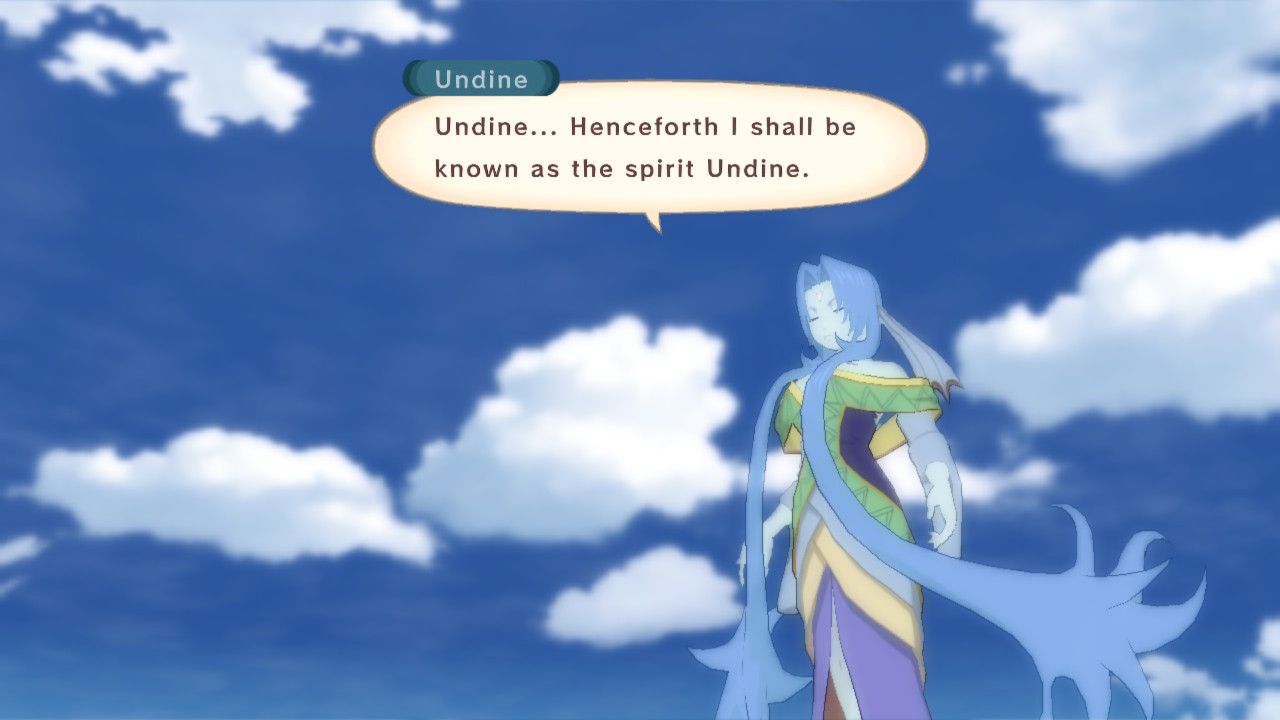 This scene surprised and amazed me. When a spirit got created out of Belius remains, Estelle named her Undine. Something clicked in my mind. "Is this really how this world's spirit are born?"

In Tales of series, the Spirits are stables appearing in most of the entries as Summons. For some reason they were absent from Tales of Vesperia. Now I know the reason. It's because the world didn't have any spirits, nor Mana in it.

Three sentient creatures lived in Terca Lumireis: Humans, Krityans & Entelexeia. The latter are powerful beings who can absorb aer, (the energy of the world) and stabilize it. When they die, they turn into crystals called Apatheia. Humans abused the latter and destabilized the aer in the world. ong in the history before the game's story. This led to a huge catastrophe: The appearance of the Adephagos.

Rita Mordio found a way to turn all aer in the world into Mana. A kind of energy that's closer to the matter than aer. "This makes total sense!" That's was my thought after Rita explained what Mana is.

After that, the Brave Vesperia guild go on a quest to turn not only the strongest Entelexeia but also all Apathia into Spirits. This will require destroying all Blastia cores and the death of the main party's Entelexeia friends.

I'm familiar with Tales of Symphonia before. Mana is essential part of the world, and an essential part of the story is about releasing spirits that control it. See the connection? Mana and Spirits aren't originally part of Tales of Vesperia world, but they become part of it due to the actions of everyone in the end. 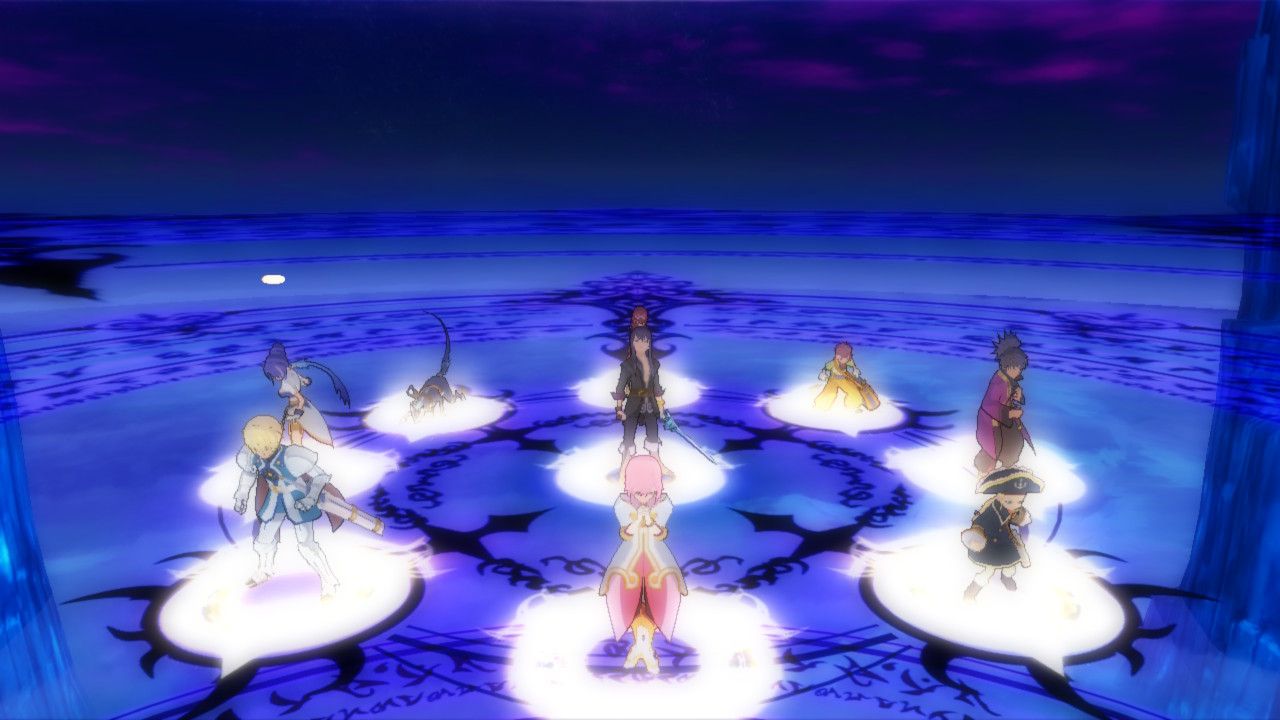 Duke, the guy who was helping the heroes save the world, had other intentions. He wanted to destroy the Adephagos by wiping out humanity. Duke wouldn't relent even after the main characters explained their plan to him.

If Brave Vesperia succeed, the world itself would be redefined. The aer will be replaced by Mana and there will be no more Blastia. All Entelexeia will eventually have to die to become spirits.

All of this only happened because of humanity's greed, and according to Duke, there's no guarantee that it won't happen again. All he wants is for the world to return to it's natural state.

...There is some truth to Duke's words. 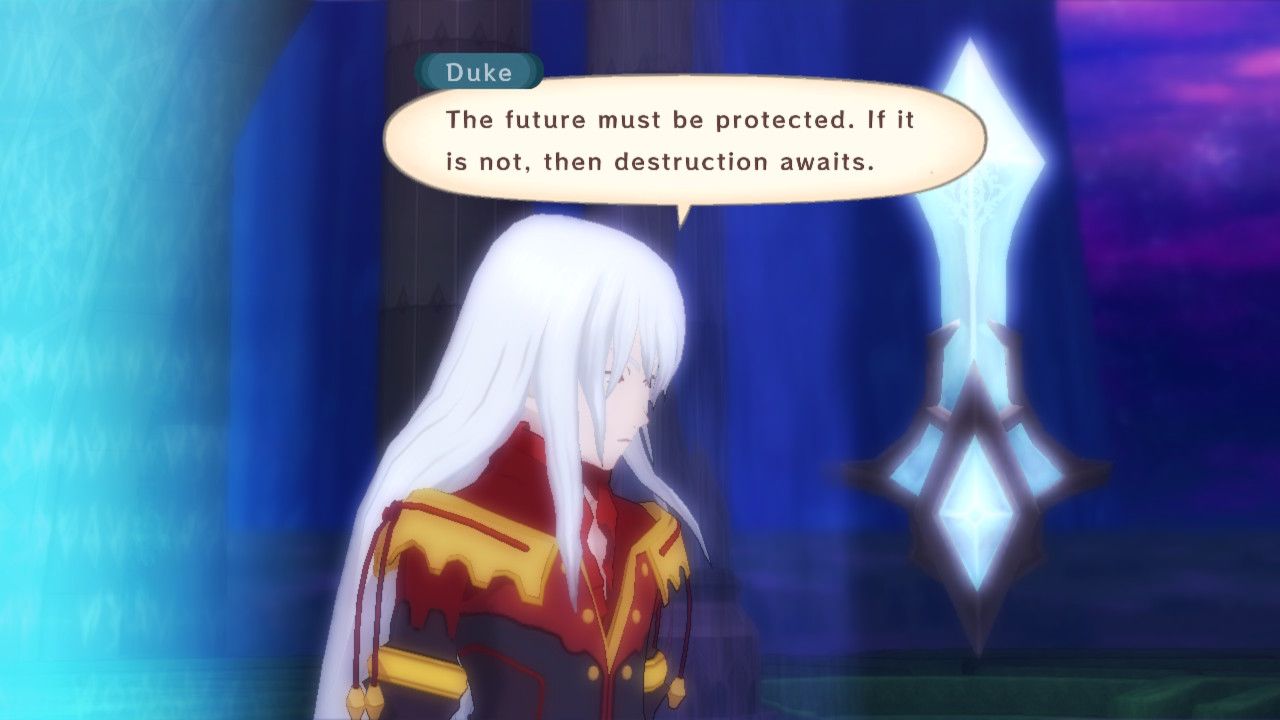 But considering everything... I side with Brave Vesperia. Humans are collectively monsters, but there are also good people too. People like Estelle who risks her life helping people. Humans brought the technology that led to the appearance of the catastrophe, but it's also humans who found a way to destroy it. They're willing to go through with it even if it means sacrificing all the safety and power provided by blastia. 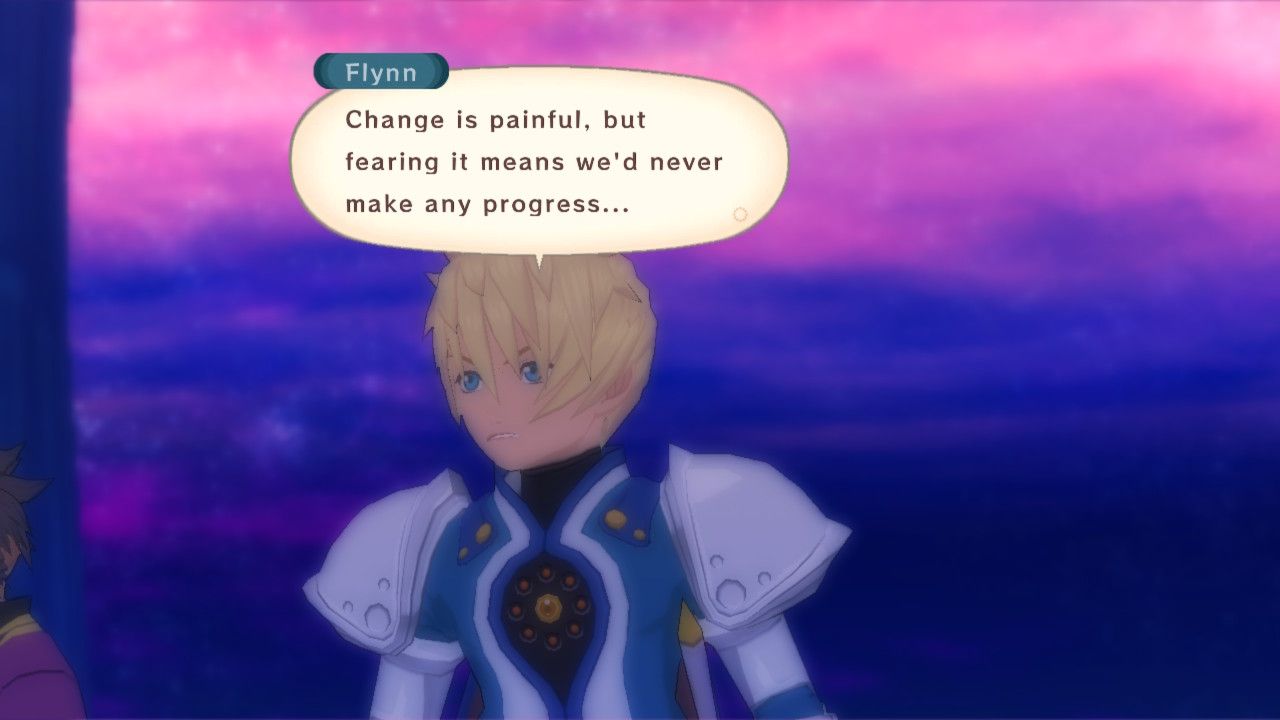 The last lines spoken by the party before the final battle felt like they were speaking to me. I am Duke in that scene. Someone who realizes that something need to evolve. But was too scarred by the past to give another chance. Change is painful, but sometimes it's necessary. We need to learn to overcome our weakness. On the humanity level, and on the personal level...

There are other themes I want to explore from Tales of Vesperia, like the theme of Justice. This is the theme of Yuri Lowell, the main character. But this article took too long. So I'll see you next time. If there's some theme or a character about Tales of Vesperia you want me to cover in my next article please tell me so in comments!