I've been interested in PC Handhelds for a while now, this year of 2021 was big on those with the release of AYA NEO & GPD Win 3 as well as many other companies joining the competition.

A few months ago a rumor emerged that Steam is making a Handheld but there was no evidence for such thing. Until now: Valve Announces Steam Deck! To be released later this year (2021.) Reservations are now open. 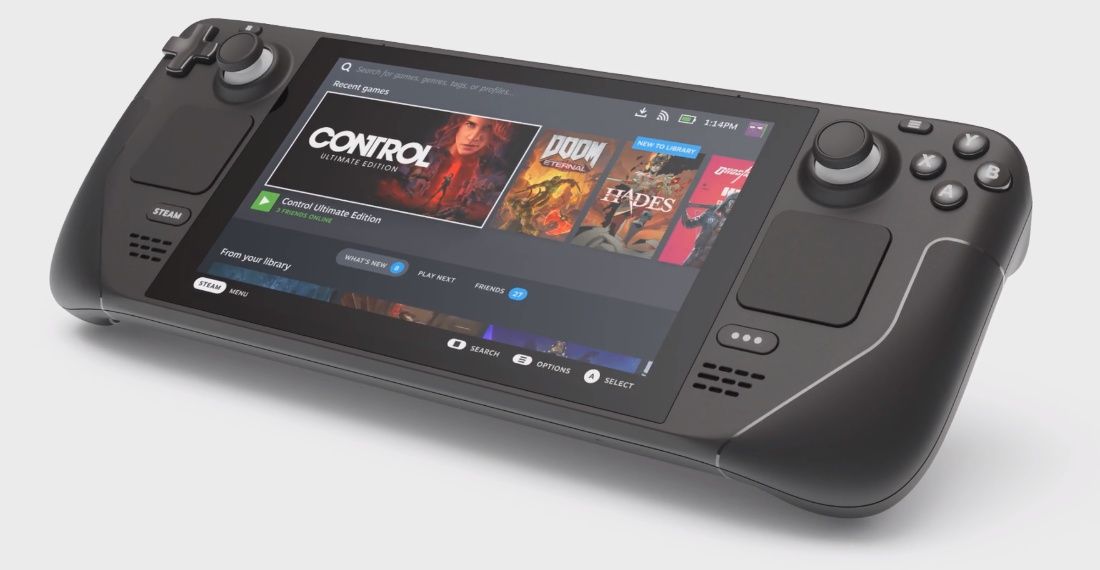 There are three versions but all of them have the same CPU and 16GB of RAM. The difference is in the storage space and speed. (All of them come with carrying case.)

While the specs aren't detailed in the main page, a FAQ by IGN details some of them, including which AMD processor Steam Deck is using. It's at least as powerful as a base PS4's. The battery life might not be to the liking of some people though. Playing Portal 2, it can last 5 hours on the lowest graphics but only 2 hours on the maximum settings.

It comes with Steam OS installed, but you can install Windows on it as the OS isn't locked. Though despite what I first thought, Steam OS is already able to run most windows games.

One of the things I noticed in IGN video is that most of the things they ask about get the same answer: "It's a PC, so yes." Steam really want us to focus on the fact that this handheld is a PC. 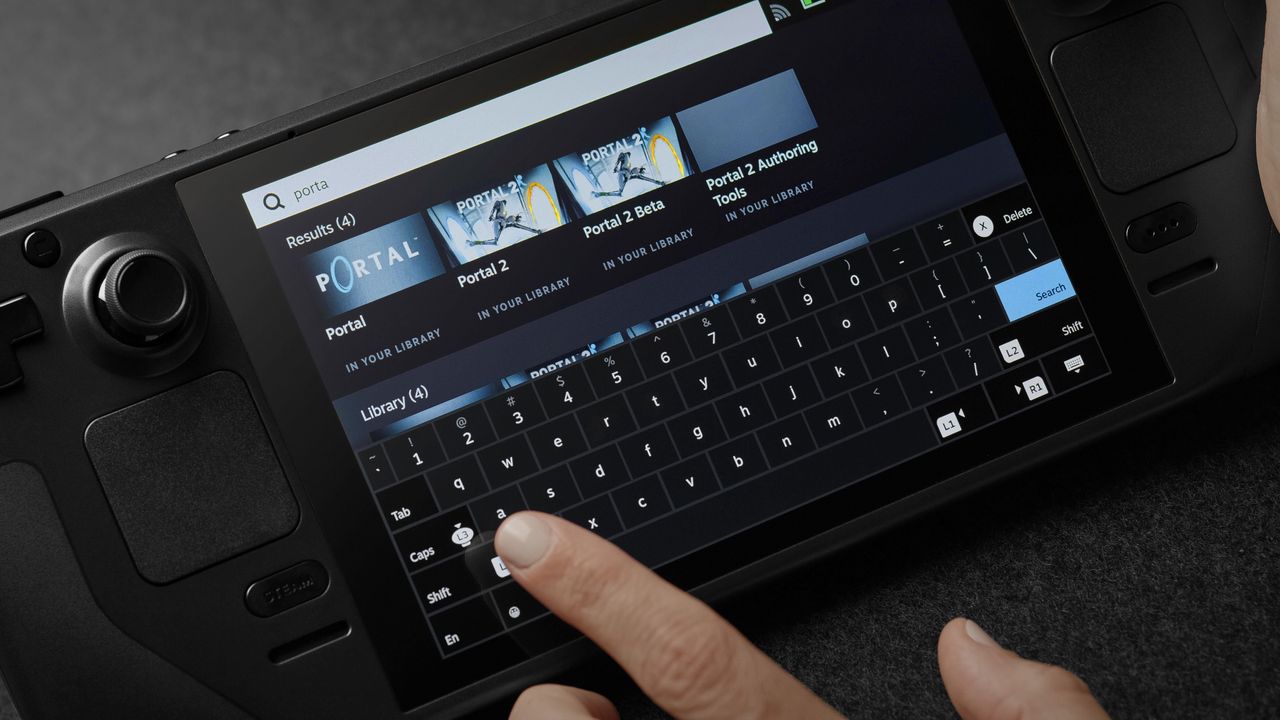 This announcement came out of no where and it made #Linux tag trending on Twitter! Some are even tweeting about it as a technical achievement rather than a gaming device.

It became clear to me however that Handheld PCs is more of a niche than I thought. Many people joke about this device saying it doesn't have a target audience. Even Valve team speaks in a way that implies this niche doesn't exist yet. I don't necessarily agree. I'm sure that at this price, Steam Deck will be a Game Changer.

Steam Deck isn't available in all countries. It can only be reserved to order via Steam website, You're also required to pay $5 reservation fee! But I couldn't try this because "the reservations aren't open for my region." I'll have to wait until after the release if I wanted to get one.

If you want to learn more about Steam Deck, check IGN FAQ article & video. If you're interested in Handheld PCs, you can also check my article on AYA NEO. You might also want to check this amazing video on why Valve is the only company that can pull this off!