Digimon Cybersleuth - The Digimon Game of My Dreams

If you gave my 17-years-old self Digimon Story: Cyber Sleuth, you would have fulfilled one of his most sought-for dreams! 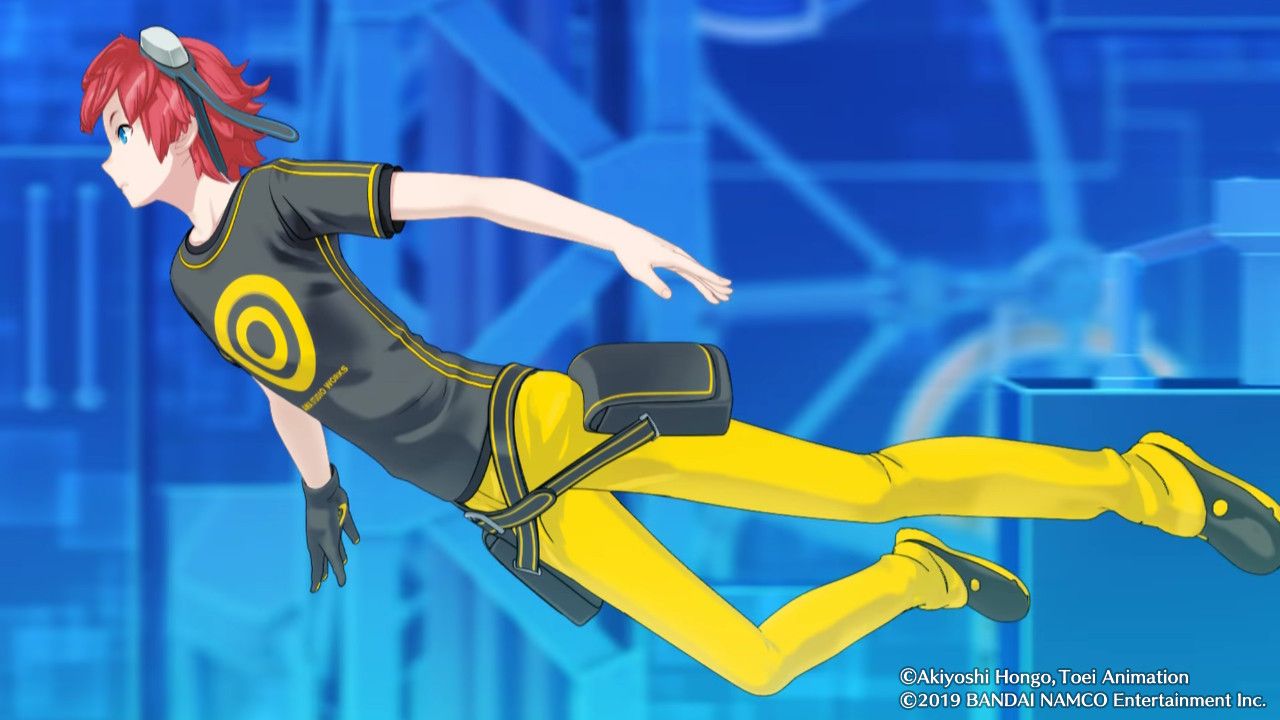 I emulated Digimon Story games on the Nintendo DS, the games being Digimon World DS, DAWN and DUSK. I thought these games had a simlar Gameplay but better than Digimon World 2. They still felt limited by the system they were released on. I wished to have this gameplay, with more Digimon & with a better graphic. Maybe add a better speed too.

Then Digimon World Re:Digitize was announced. A sequel to the original Digimon World with the same gameplay. From the trailers & character profiles, Re:Digitize felt like the best Digimon game ever. It was only released in Japan, but I followed the fan translation team behind it for more than a year until they finally released it.

I emulated Re:Digitize (OpDecoded Fan-Translation) and it was better than the original Digimon World in every way except the city building aspect. The original game's File City felt more alive than any setting of every other game I played. As someone said before me, Re:Digitize was almost the perfect Sequel. It was my dream Digimon game for a while. 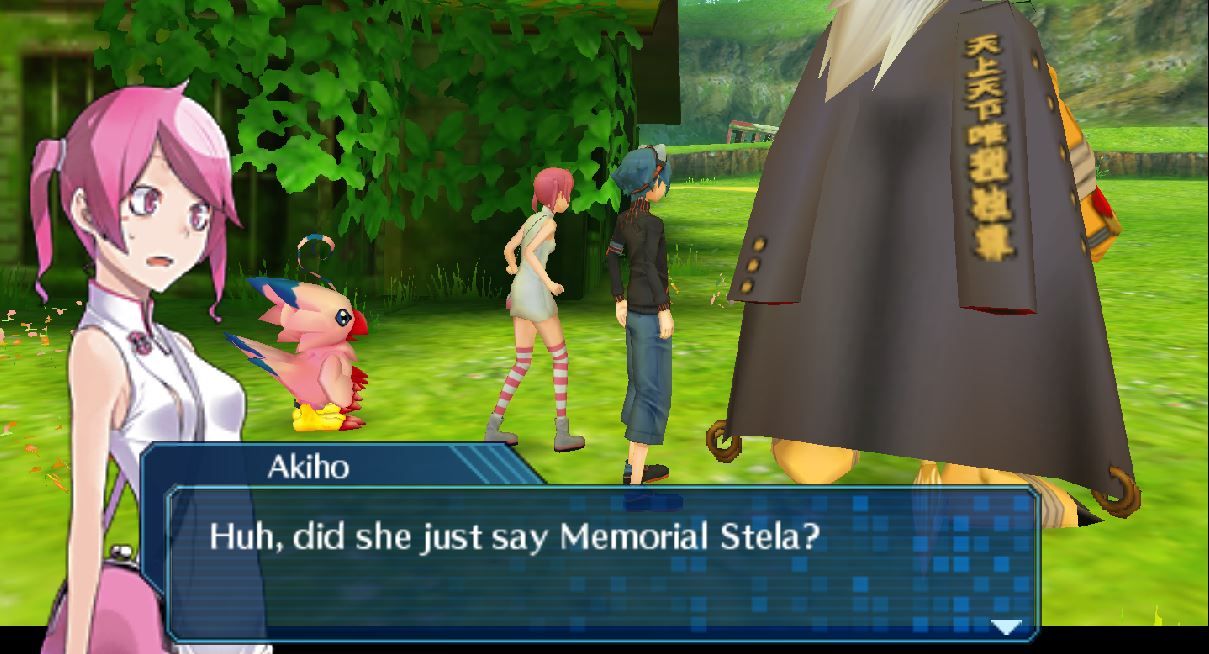 Many Digimon games were released after Re:Digitize, but no game caught my attention until Cyber Slueth came out in 2015. To be honest, I wasn't interested in following its news either. I thought "oh, this Digimon game looks cool." That was it.

When the prequel Hacker's Memory was announced, I thought it was just a DLC for the game, not a full game on its own. That is until I looked up PS4 games one day and found three instead of one. The third being Digimon World Next Order.

When I got a PS4, one of the games I wanted to have was Digimon Story Cyber Slueth, but I didn't.

From Persona 5 to Kingdom Hearts. I always had a different game or another as my main RPG. It wasn't until this year that I got the Complete Edition for Nintendo Switch which contains the two entries of Cyber Slueth story along with new features. 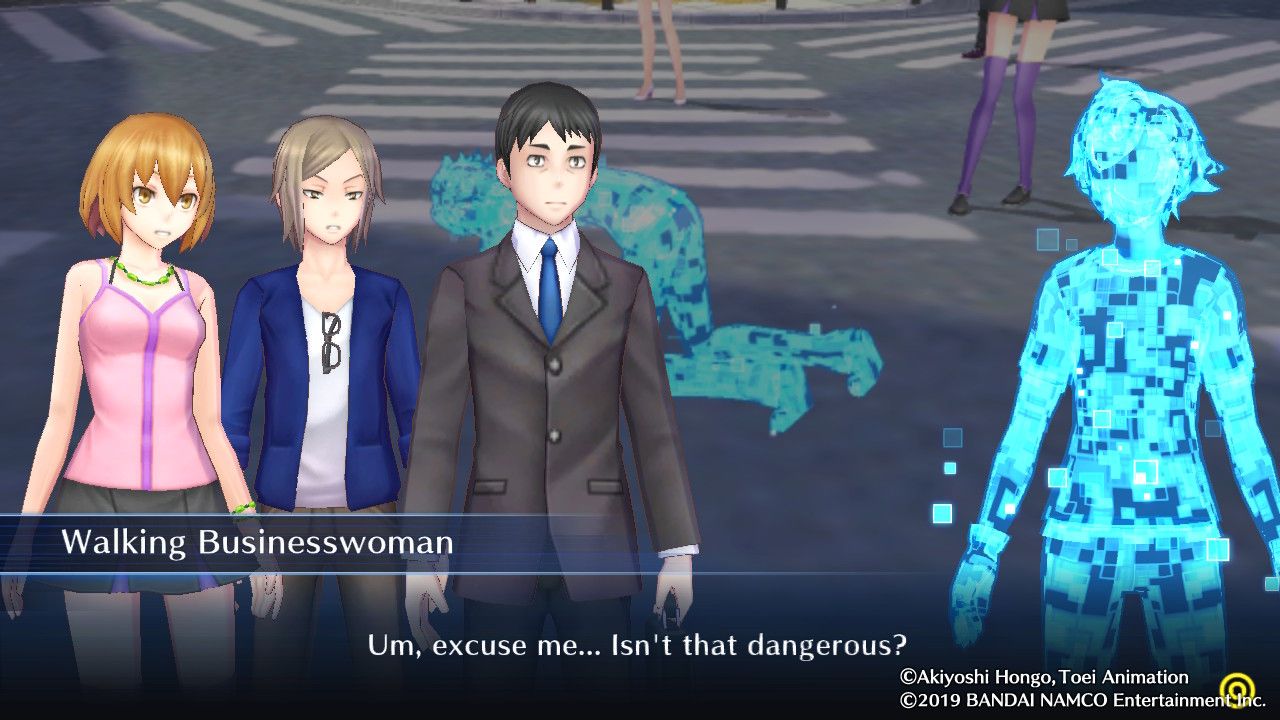 With my leisure pace, I'm 70 hours into the game now. Digimon Story Cyber Slueth is much better than I expected as a Digimon fan. Both in gameplay and graphics. It's what I wished Digimon World 2 would digivolve into. The gameplay of the Nintendo DS "Digimon Story" games was exactly that and Cyber Slueth uses a streamlined version of that system.

Digimon types were changed and Digimon Attributes got re-introduced. The Digimon Farm system got stripped down in the best possible way, and Digivolution conditions were streamlined without changing the difficulty. It felt like these changes were meant to let players focus on the story.

In terms of story, Cyber Slueth is more mature than earlier Digimon titles. The story is set in Tokyo/Japan and the virtual world Eden that's connected to it. It follows a teenager (boy or girl) who gets involved with the hackers of the virtual world. The protagonist gets introduced to the Digimon programs but the account gets destroyed by a Digital-Eater. The incident turns him/her into a Digital-being in the real world. S/he becomes a digital detective (a cyber slueth) in order to get their body back. 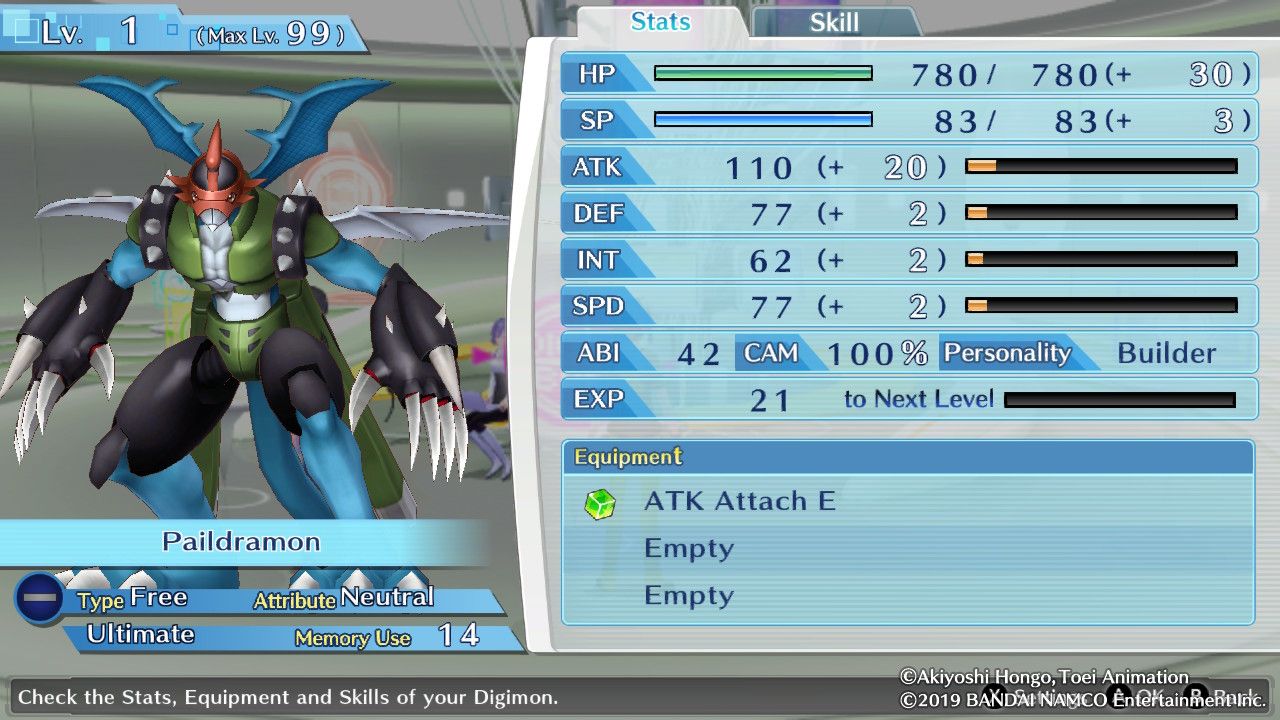 The story takes its time to pick up. Several chapters after the first one are only build-up with little stakes involved. The game has many recurring characters that you get introduced to gradually. As a cyber sleuth, you get to solve many cases, all related to Digimon in unexpected ways. Digimon are considered programs in this world, but the cases the protagonist takes proves that they have autonomous personality.

The detective part of the story, especially early on, reminds me a lot of Digimon Savers anime, but I think most of the cases in Cyber Sleuth are better. Just like Digimon Savers, you learn that all these problems you've been solving is part of something bigger.

As someone described it: Cyber Sleuth "feeling like a persona game," and that's a good thing. The game is also very similar to "Soul Hackers." I'd argue that it's the exact same story. The only differences are the tone of narratives, and the rules of the settings they take place in. 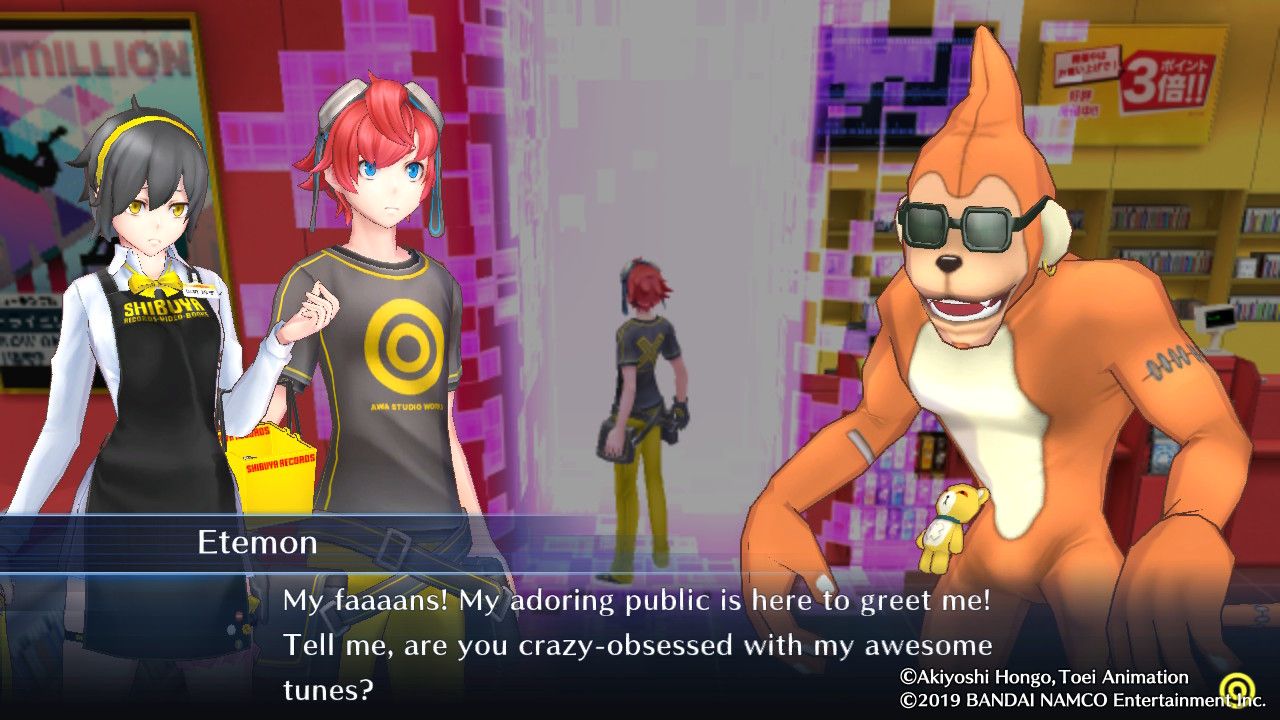 What I like about Cyber Sleuth so far is that most of the story is happening in the real world. (Kinda like Digimon Tamers.) The Virtual Space of EDEN and the Digital world are completely different things, and the other world is only seen briefly. I'm assuming we'll travel to it in the final stages of the game or not see it at all.

I don't know how it's better, but I think it's the pacing that's improved. The first entry's story is spread among dozens of side quests and it only becomes intense a few chapters in. I hope the formula is changed in the second entry. Hacker's Memory also had more Digimon when it first released on PS4, but all Digimon are available in both versions in the Complete Edition. I think I'm nearly finished with the first entry so I look forward to Hacker's Memory when the time comes. 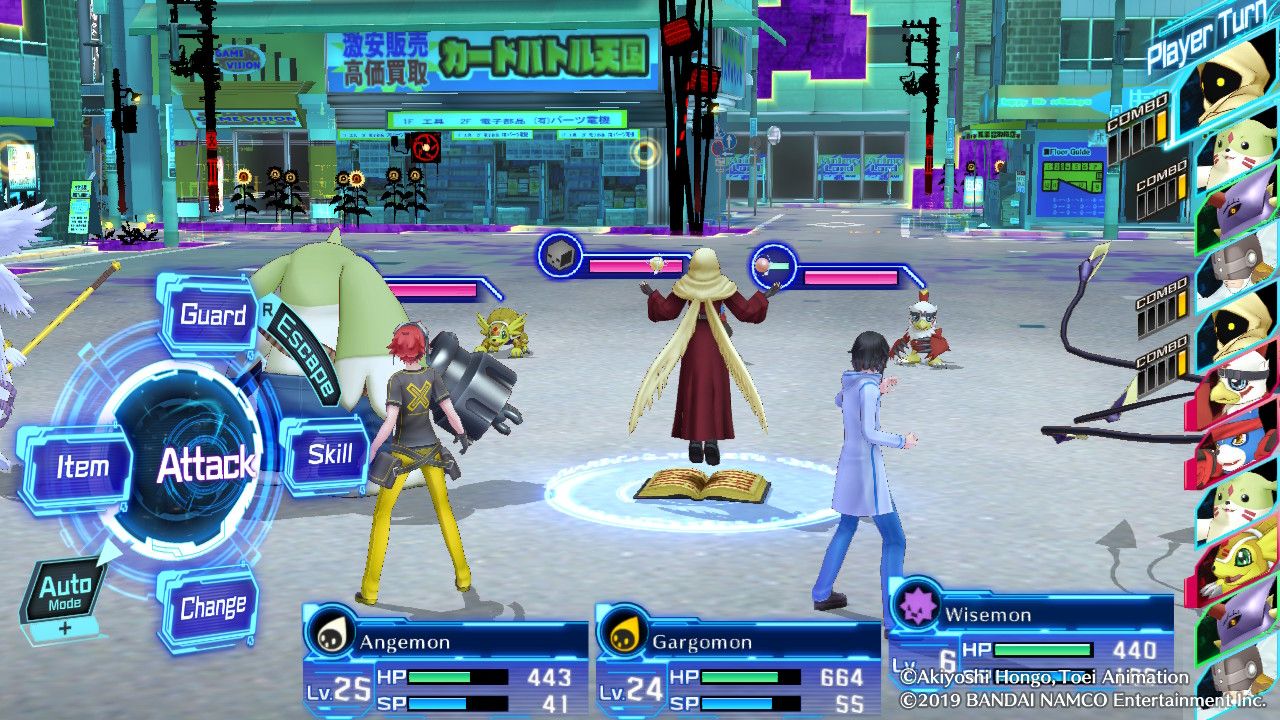 That was closer to a Review, huh? The recent entries in Digimon franchise all have a different vibe than the early Digimon games. Digimon Story Cyber Sleuth will be my new standard for Digimon in the future, and the upcoming game Digimon Survive will have a lot to live up to!