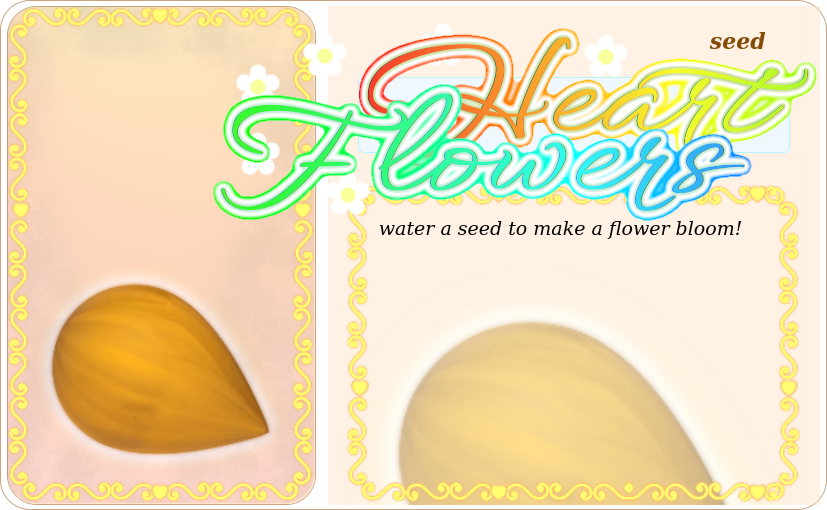 I hope you're all doing well.
Two months ago, work in progress post was shared about this game ( @mirafun/wip-a-refreshing-hive-game ) In this time HiveReblogger app was created, and I checked existing games on Hive. The release was a bit delayed, but that changes today!
Let me introduce you to:

A decentralized game and a place where you 🌟 grow heart flowers daily 🎀.

Some of you may know that I have mentioned in the previous WIP post that the game features the following aspects: I have described the first two in the previous post, thus in this one I'll focus on the last point.

As you can see, Heart Flowers is a small mini game for now with a focus on giving rather than getting. The idea of sustainable giving is indeed interesting and I think quite overlooked by current Hive games. If Heart Flowers were to turn into a fully featured game, I believe I would attempt to incorporate this concept along with cooperation into the game to make quite a unique gameplay.

🌻 Thank you for reading