HiveSQL back to free for all developpers and users! 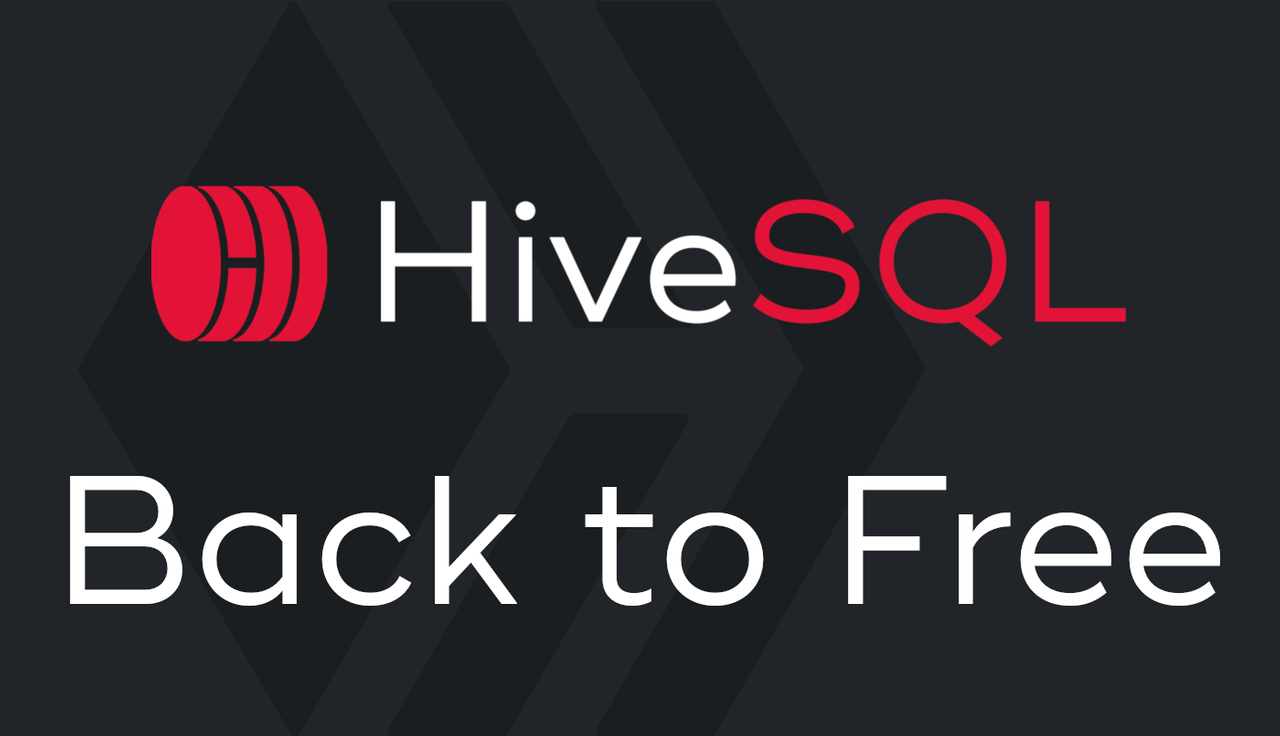 Good news for all HiveSQL developers and users: after a short switch to subscription mode, its use is free again!

For those who missed the last few episodes regarding the funding of the HiveSQL proposal, here is a quick review:

On March 31, the HiveSQL proposal ceased to be funded following the withdrawal of its vote by a major stakeholder, the main reason being that, given the price of HBD, many proposals were considered overpaid.

Although I can understand the reasons for this unvote, I was unfortunately not warned beforehand. HiveSQL has therefore switched to subscription mode.

As soon as I understood what was happening, I made sure that it switched to free mode so as not to disrupt the proper functioning of the many applications that rely on it.

More on this in the post I published right after

Episode 2 - Free but not for long

A few days later, @good-karma shared his idea and script to return the "overpaid" part of the funding to the @hdbstabilizer project. Other funding recipients also offered other solutions.

So I expressed my opinion on this subject, namely the commissioning of a similar "return script".

I also announced that, since now the overpaid part has was automatically returned and failing to be funded again, HiveSQL will go back to subscription mode. This is unfortunately what happened on April 13 at 00:00

Episode 3 - Finally back to free

Fortunately, thanks to a large number of members of the community and their vote for the HiveSQL proposal, it has been funded again for a few hours and HiveSQL is therefore again completely free for all those who use it for their applications or their project.

I especially want to thank the following people who responded quickly and made this happy ending possible:

Of course, all those who had already voted for the proposal and maintained their vote have my gratitude as well.

In less than 2 days, the HiveSQL proposal went funded again and, most important to me:

HiveSQL is Free for All!

PS: I learned a lot from these events and I will be sure to share this experience with you, which I will do in a separate post.