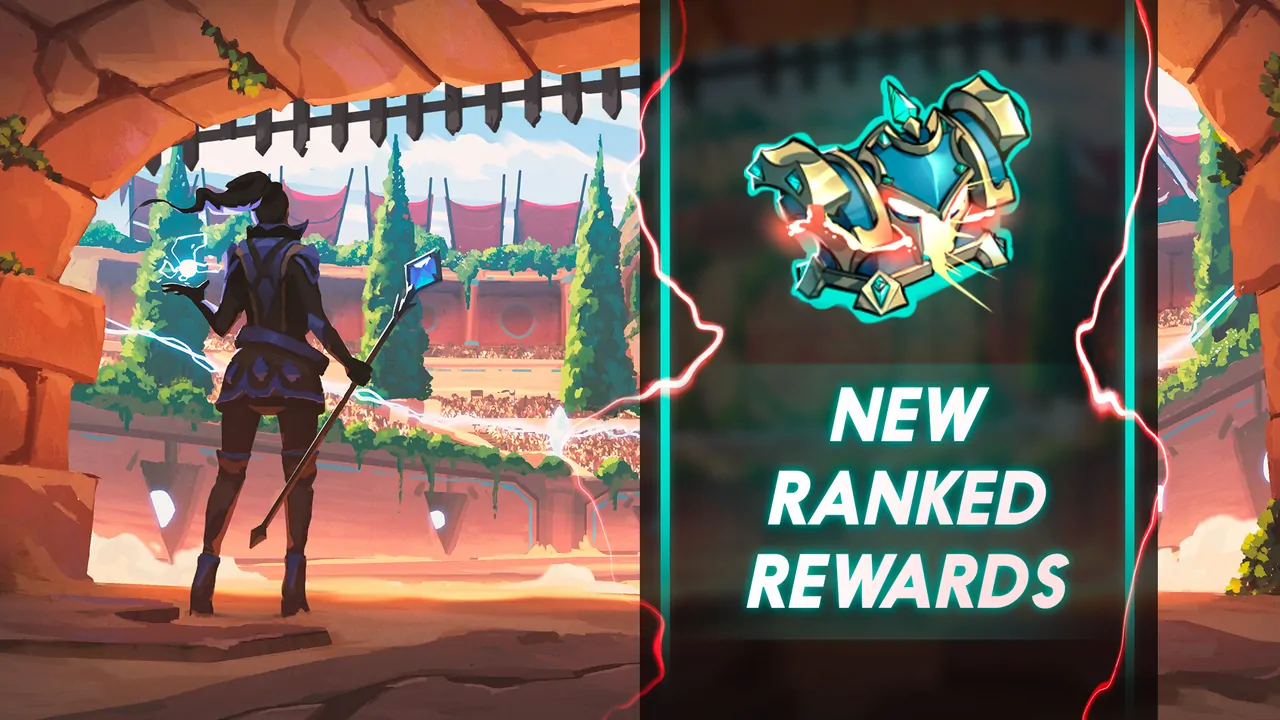 It's me again to share with you my thought about the new reward system.
After playing 2 days with the new system, I have so inside as below

When I 1st read this table, I know the higher number of chests you earned, the higher the SP/FP point you need to earn another one. But I don't know what is the logic behind these numbers.

Now, DID YOU SEE THE LOGIC HERE?
In season reward, the required SP increases 3.45% after each chest. While the required FP increased 13%

I don't know why @Splinterlands chose these numbers. Maybe they just like them and choose them 😁

With this FP system, I got higher daily rewards when playing in Silver I
I got 5 chests yesterday and 7 chests today. The amount of DEC in each chest is also higher than previous seasons 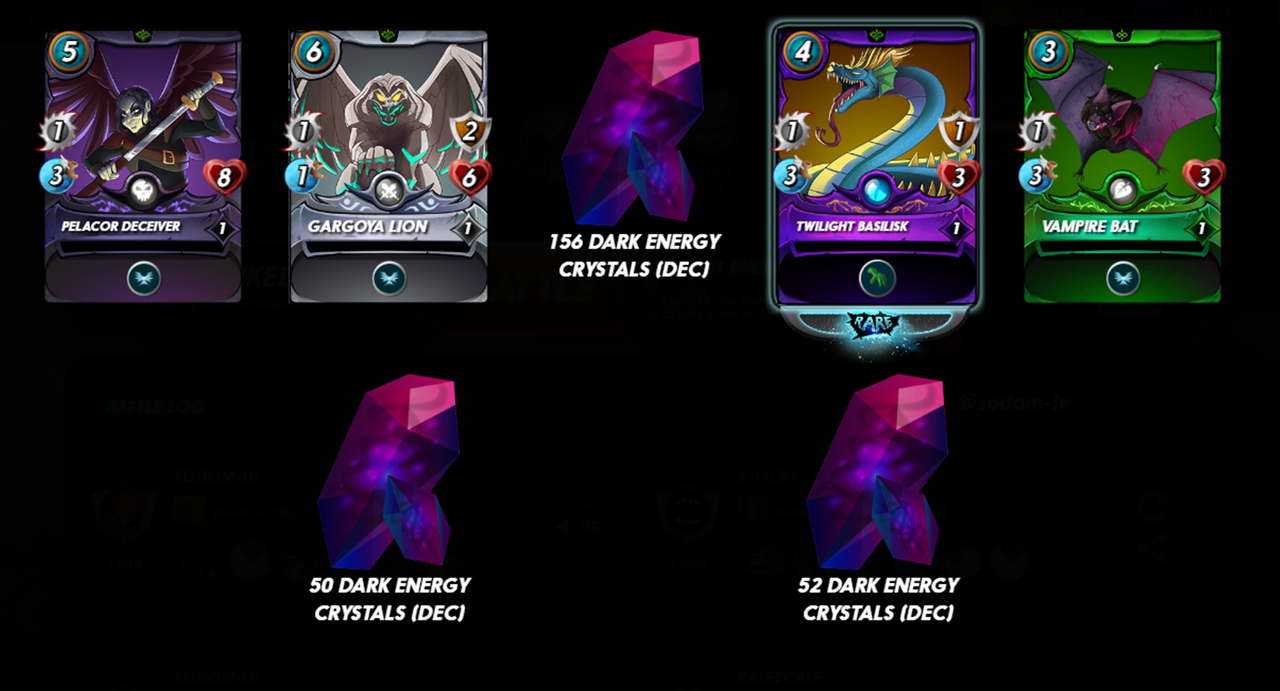 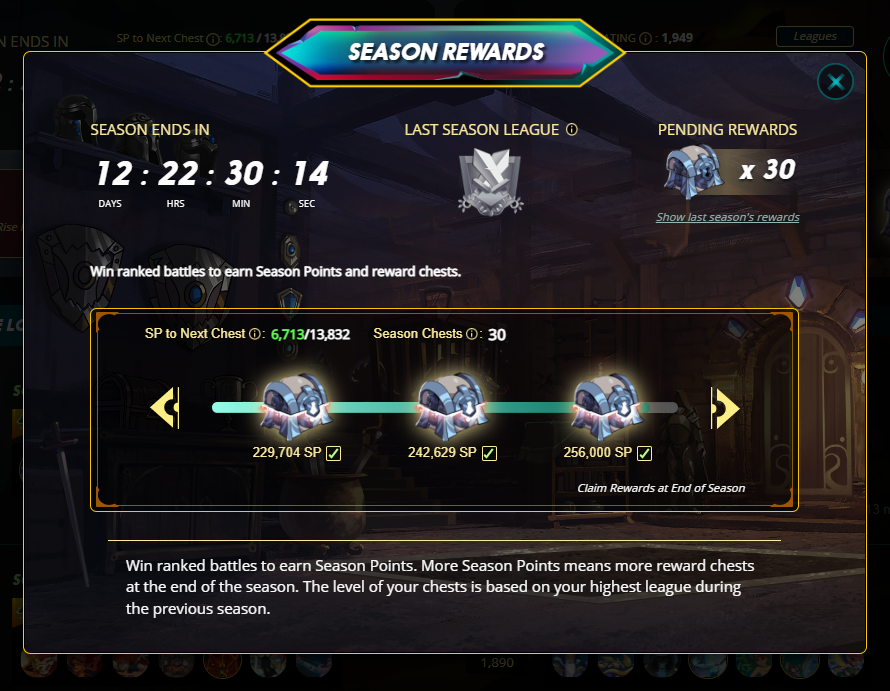 I got 30 chests in season rewards after 2 days and I don't have anything to complain about it. It almost doubles my rewards compared to the old system.
I expect to get ~ 2000SP per winning match in my last post but I actually got higher. The higher league you play, the higher SP you earn. I get ~ 2000 SP in Silver III, 4000SP in Silver II, and 7000SP in Silver I.
Of course, this includes the bonus from GF cards 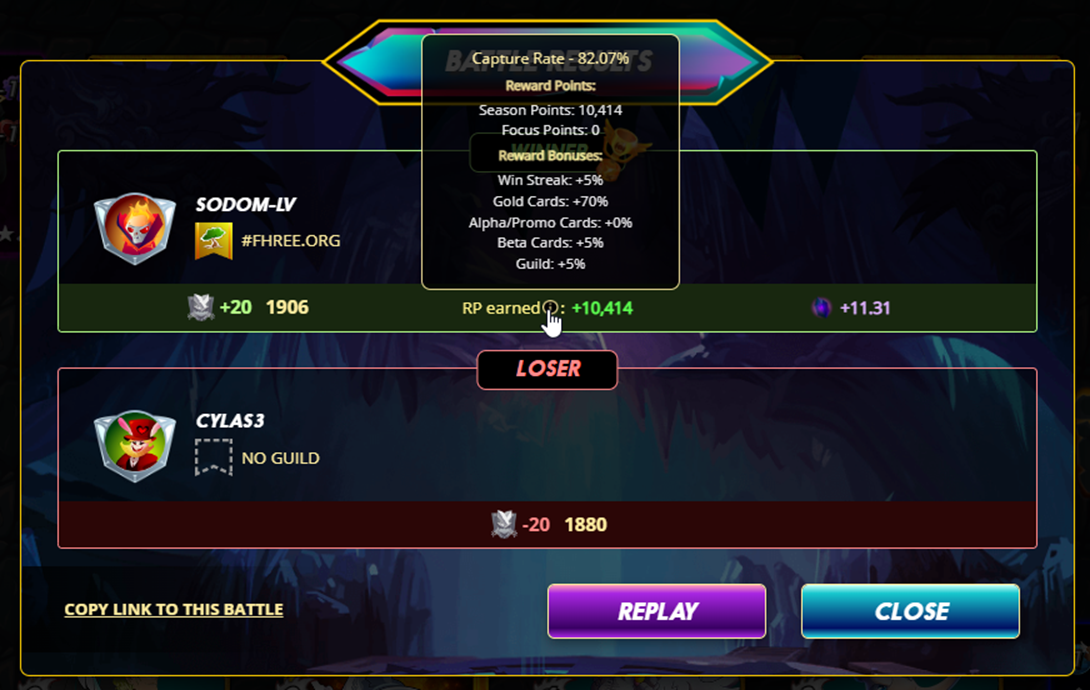 This is the highest SP so far

In general, I'm so excited with new rewards system cause I can get higher rewards in each season.

How about you? Do you get higher rewards with new system?

If you don't have any Splinterlands account, appreciate if you can use my affiliate link to register:
https://splinterlands.com?ref=sodom-lv