The Fight where I beat the Legendary Kron the Undying

I have fought Kron the Undying several times and every time I encounter this legendary card on the battle field, the result of the battle is predictable. Sometimes, I just skip the battle because I know I will lose.

Here's some details why this card is a monster.

Appearance - He looks like one of my favorite character in Warcraft III and DOTA: Malfurion Stormrage. I put together a picture of Malfurion and Kron side by side to see the uncanny resemblance. 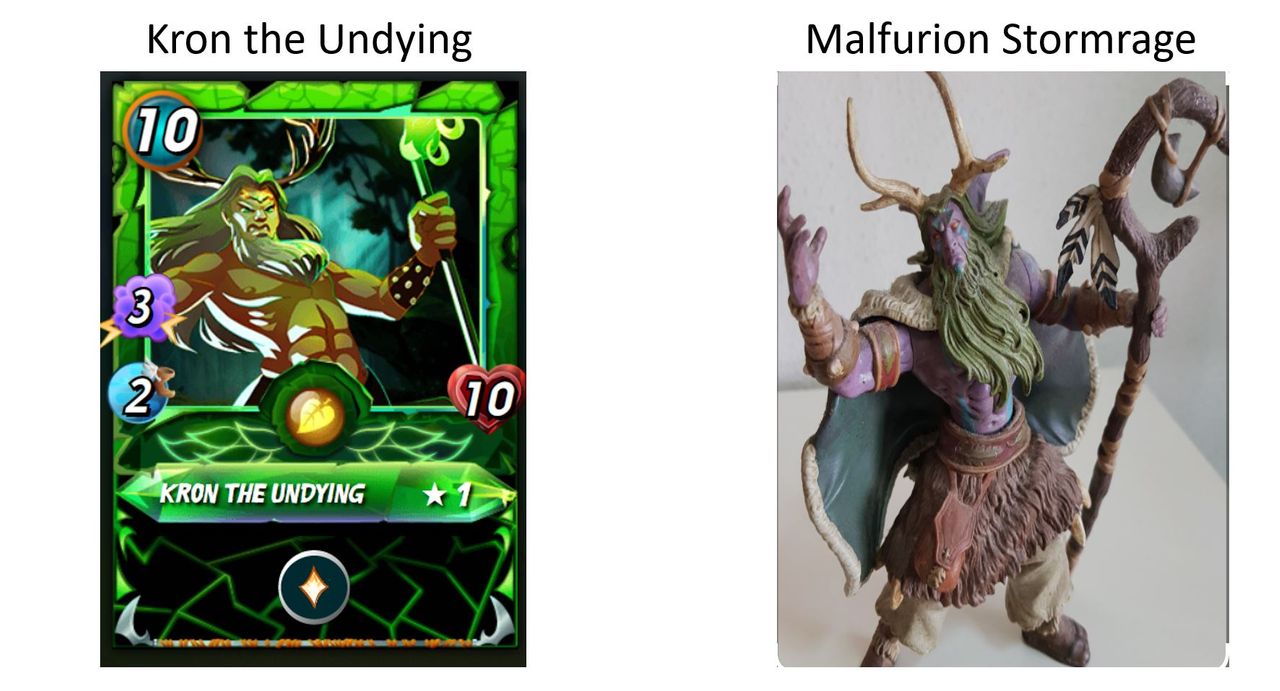 Statistics - At level 1 alone, it has 10 HP, 3 Magic Damage and 2 Magic Defense. Even though, he has no armor, the HP alone and Healing ability make up for the lack of armor.

Ability - It has healing ability. I think the heal is at 3 HP per round.

The most unbeatable strategy for this card is to pair this with Lama Earth Summoner and Kron just don't die with its epic healing power and last stand ability.

This is a sample fight where Kron just outlasted his opponent.

Now, let's go to the match where I beat Kron.

A little background of this fight. The match happened at Bronze 1. My rank already at that time was over 1000 so players were already hardened gamers of Splinterlands. The rule set was Silenced Summoners which means cards do not get buff from their summoners. I realize this and I deployed my own unique cards with good abilities.

Before the battle started, I even checked his battle history and I didn't find anything extraordinary with my opponent's line up. Maybe he was just shuffling his cards around. As for myself, I used the water summoner because that was the condition of the daily reward that day. His summoner was an Earth Summoer with thorn ability but this did not have any effect. If it did I would have lost the fight. 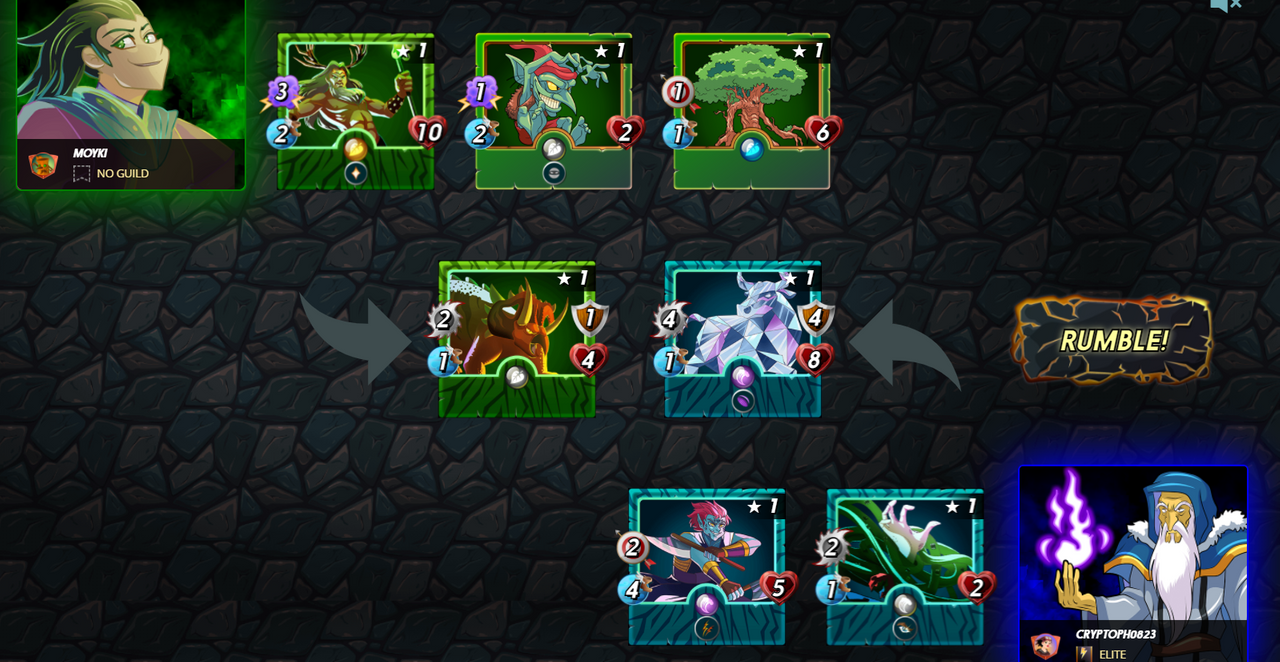 On the first round, the Axe Master already remove the armor and damage his tank and Torhilo finished this card on its turn. The feasting seaweed also eliminated the Goblin Sorcerer on its turn.

On the second round, Kron tried to heal the damage from Axe Master and Torhilo but the combined damage was around 8 HP so Kron also succumb on this turn. Once, Kron was out, my victory was assured.

My Insight
I think my enemy didn't pay attention with the ruleset. He relied heavily on the skill of his summoner and on the ability of Kron.

The order of his lineup was not good. This lineup would work if the rule set was different. He was thinking that with Kron's healing ability he could tank damage and inflict the same dame to melee cards. Perhaps, it would have been better if Kron was on the last line.

This is the link of the Kron Fight.