I've Got a Bone to Pick with You! AKA Scavenger Battle Challenge 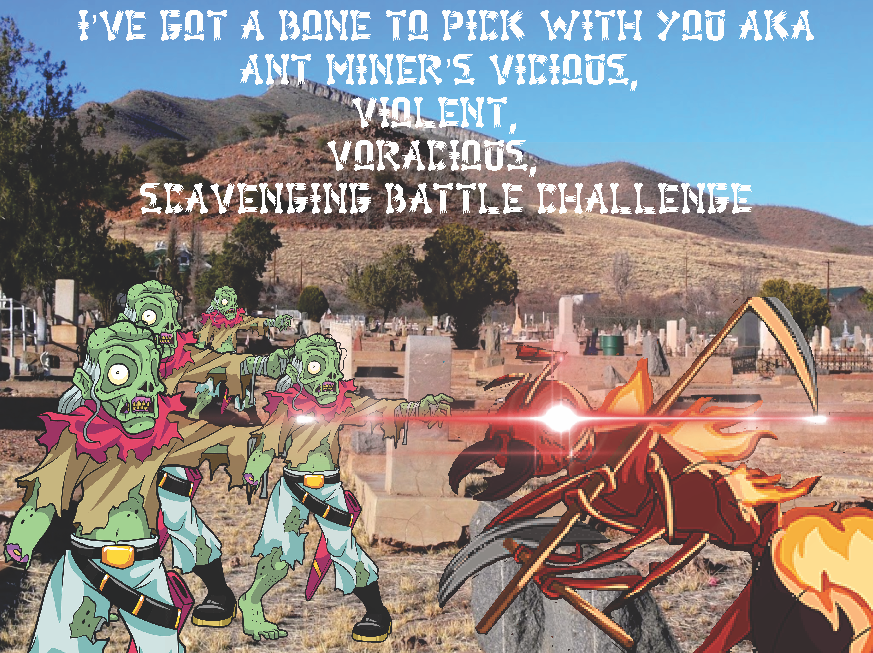 If you aren't playing splinterlands already click here to sign up. This week the battle challenge was to use the battle skill "scavenge" an ability that grants it's 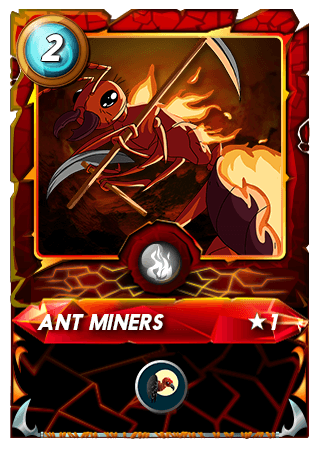 user 1 point of maximum life per unit killed. A great ability for lineups that are anticipated to have many minions or a burst of early deaths (friendly or otherwise). The card that was chosen for this particular challenge was ant miners. Being a rather low cost card it is able to be slipped in to many line ups.
Having 1 hp 1 melee attack and a speed of 1 at lvl 1 ant miners doesn't boast much in way of base stats, but scavenge on such a small unit is very useful as you will see in the following battle here and later in this post.
Overall in just looking at the card it seems like a good choice for low cost lineups in which many small buffers or spacers like angry chickens etc. will be killed. The abilities that pair the most with scavenge are opportunity, snipe, or sneak (to kill more potentially squishy units) or heal. Healing your creature to it's new MAXIMUM health caused by all this gorging on these unfortunate cadavers. Honorable mention to gelatious cube for having heal and scavenge in the same creature at lvl 6 (incredibly hard to deal with without affliction).

There are a view options that to me seem valid when placing ant miners. In any position ant miners works well as a spacer and or shield IF NOT USED AS THE FIRST LINE OF DEFENSE. For 2 mana ant miners is the most valuable when not the first unit to die.
In my battle here ant miners was placed as an intermediary shield between living lava and dragon jumper, or to absorb a crucial hit of opportunity. As you can notive a sacrificial chicken was placed at the head of this lineup to absorb a blow AND bulk up ant miners. 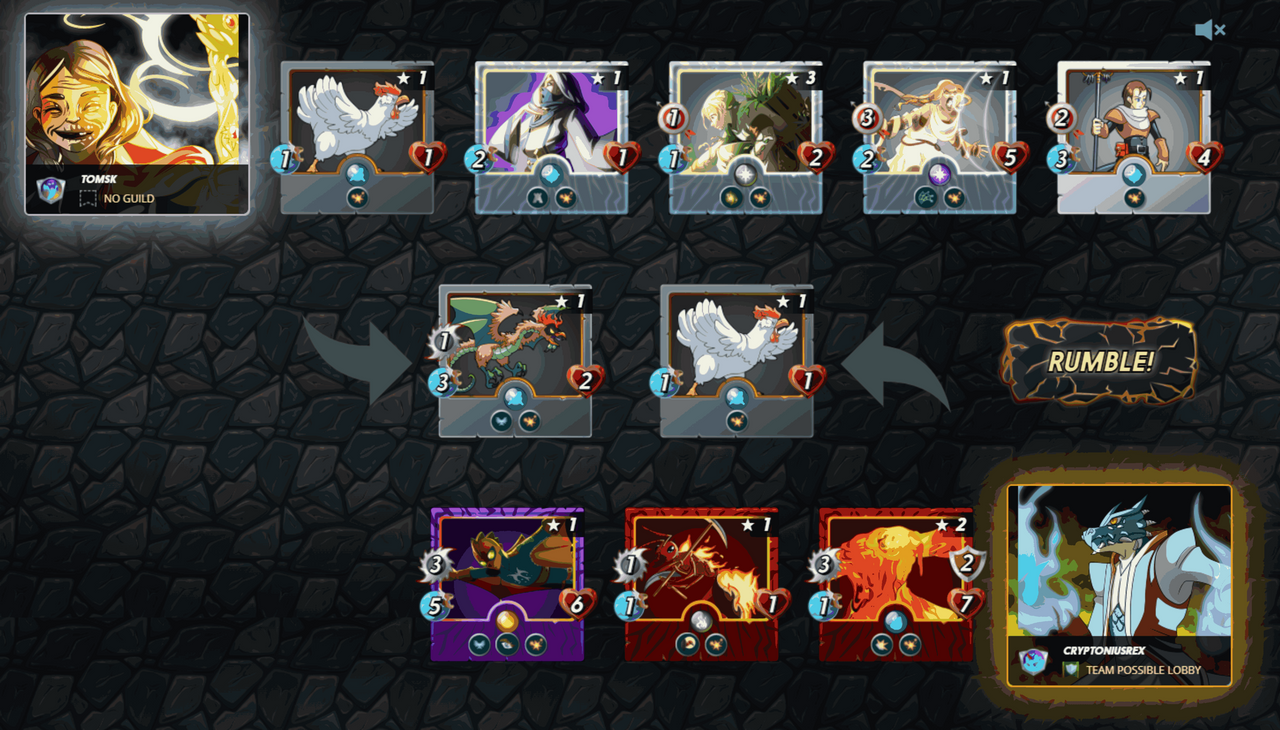 As the battle progresses ant miners gains more and more hp from the corpses of the smaller enemies that were expected to be used to mitigate blast damage. If you don't think there will be enough units on the enemy side for scavenge to be effective don't forget to add cannon fodder to YOUR side. Each hit ant miner takes during this battle is survived and blocks the majority of blast damage that would have seriously injured my dragon jumper. 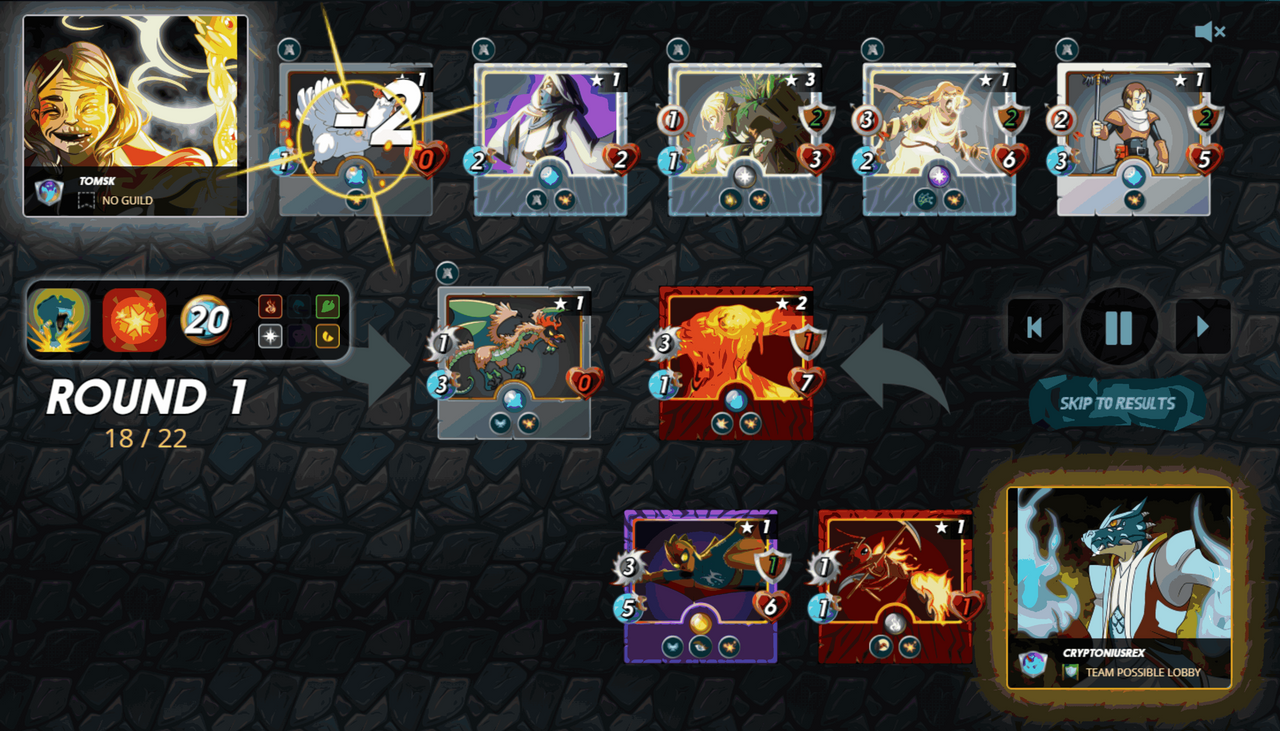 Ant miner valiantly took all blast damage until the last round of the match in which he finally succumb to repeated blast damage and there were also no more tasty low cost spacers to devour. 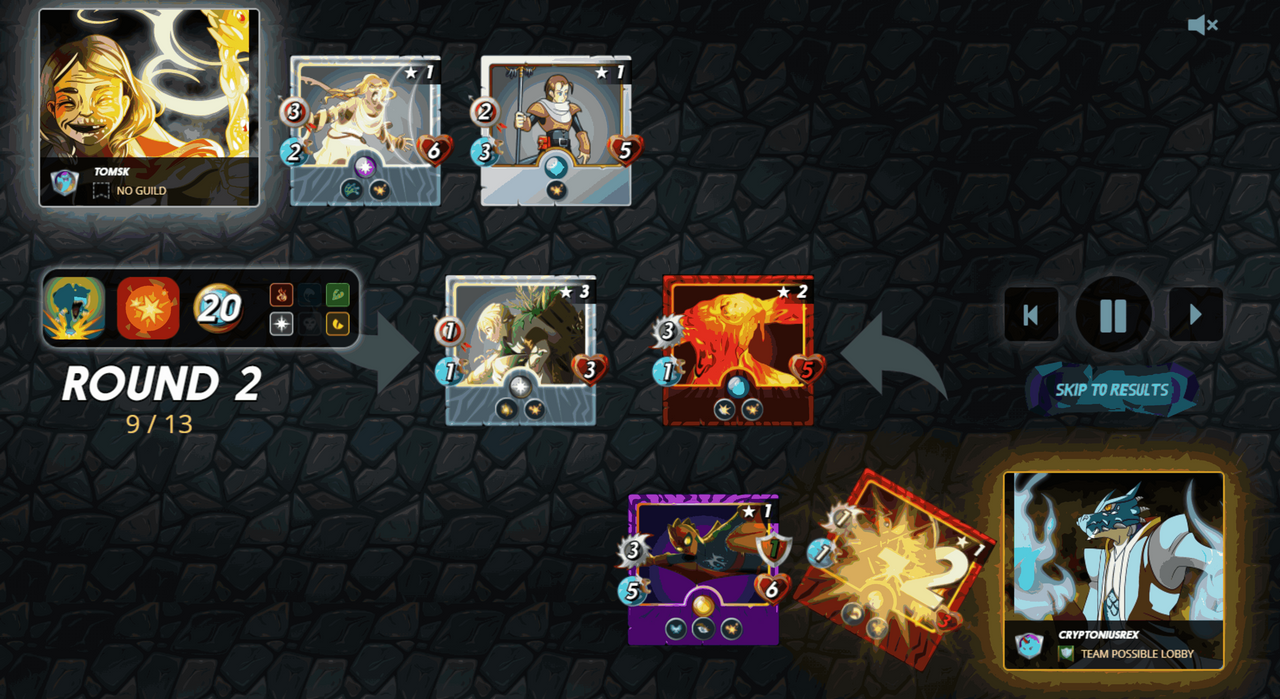 Without ant miners and the scavenge ability in this battle any other 2 cost card in that position would not have been able to absorb the sufficient amount of damage to protect dragon dumper. Not only from damage, but from evangelists debuff aswell.

Scavenger is a great ability for full lineups, it can offer as much as 9 extra hp over time in battles. The only issue being that if there are few units Scavenge isn't very utile compared to life leech, tank heal, or something else more sustainable. Ant miners specifically is a great card for utilizing scavenge due to the fact that it's low cost let's it be added to most lineups (even at very very low mana). A useful card in every league, Ant miners is a great addition to anyone's fire splinter.

Fun Fact: Ant Miners was the first card I ever got in Splinterlands as a daily reward on my first day. What was your first card?

Keep Summoning and See You All in the #Splinterlands