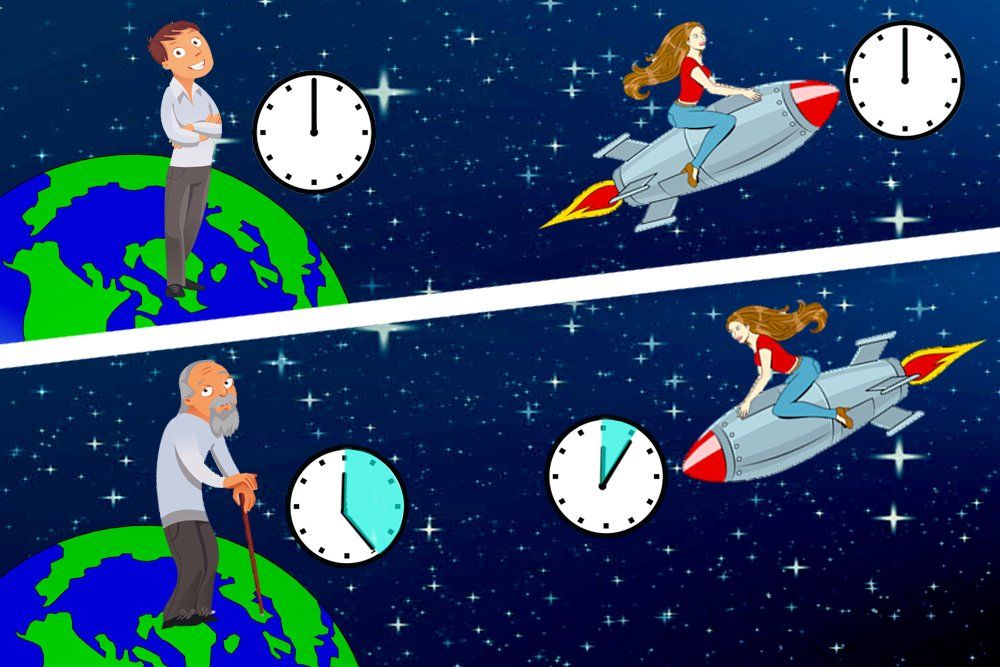 Einstein's theory of special relativity is astonishing. As you can see, the servant who is moving fast will have a shorter age
in terms of the servant who is still. This was a direct example of time dilation.
This view is often misinterpreted by many
people, including me. But there is a difference. Some people not only misinterpret it, but they also turn the knife on it and say that this theory is "wrong". To disprove this theory, a pseudo‐paradox, called the twin paradox, was invented. In fact, it is not a paradox. So how is this not a paradox? 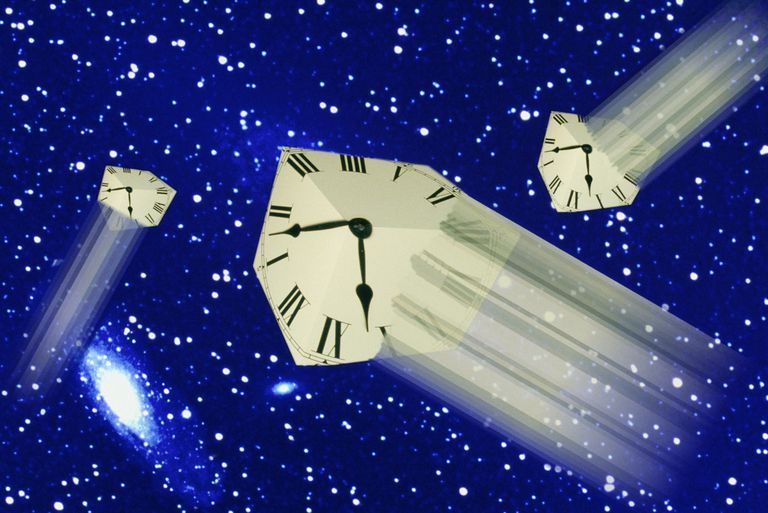 First of all, this is what we know in secret!
Suppose there are two twins, one of whom goes on a space trip. The speed of his spacecraft is half the speed of light.
Now the twins on Earth are watching the spacecraft move away from it. And the servant of the spaceship will see that the
one on earth is moving away. In other words, the Earth man sees that his brother in the spacecraft is in motion. And the
astronaut sees his brother on the ground moving. Einstein's theory of relativity states that clocks that are in motion will
measure time less and those that are stationary will measure more time. Will be and will be older than the static. But we
saw that in the example of the twins, they were both looking at each other in motion. So whose age has decreased and
whose age has increased? The astronaut will claim that I was still. You were moving away from me. So you grew up and I
grew up. In the same way, the owner of the earth will claim that no, you were in motion in the spacecraft, so you became
small. These two claims contradict each other. Because the two are not on the same page. And the same logic makes it
look like a paradox, but as I said before, it's not a paradox. First we know what the people in the theory of relativity will
agree on.
۔ The laws of physics are the same in every inertial frame. In simple words, witnesses will agree on these rules in every
inertial frame.