This is an application for participation in the competition. 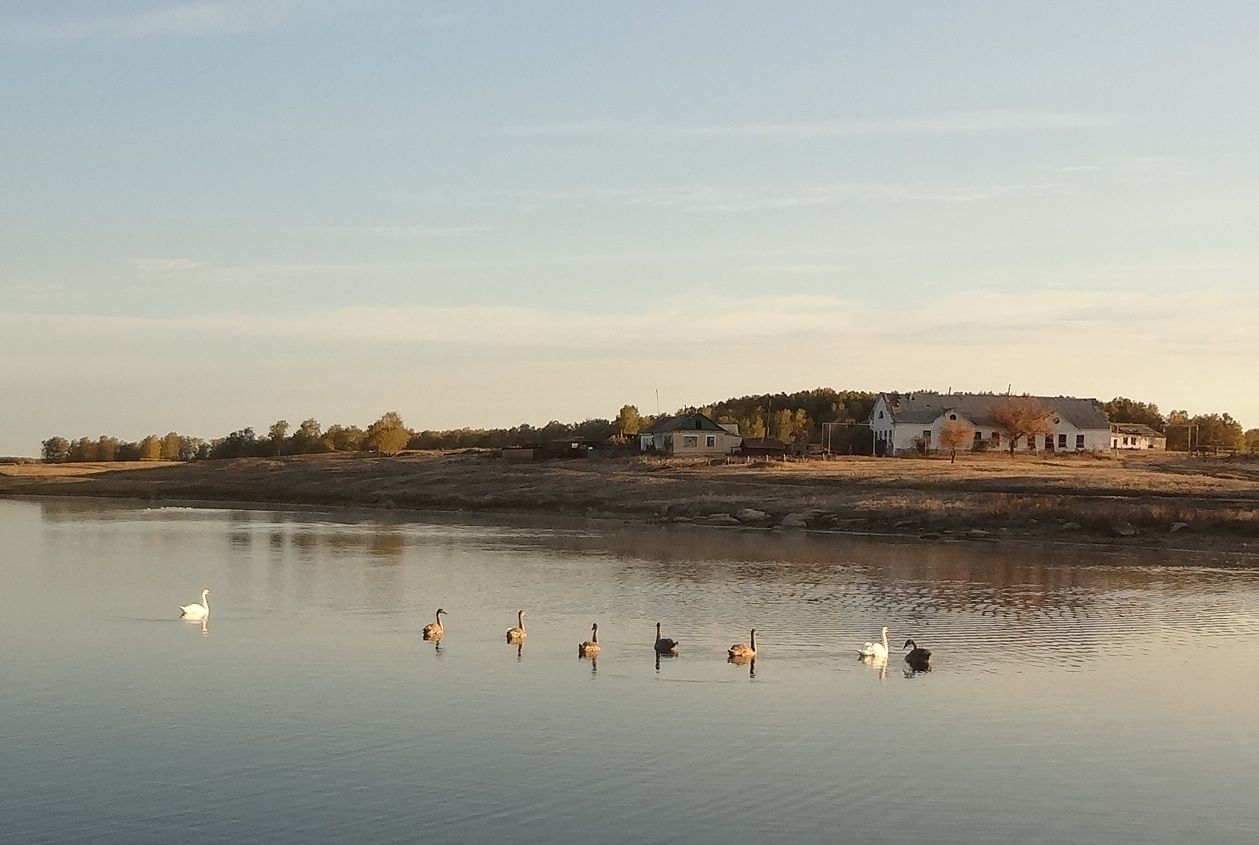 Swans flew with their children to the lake in the fall.
And the children have already grown up over the summer.
And they also became quite large birds. 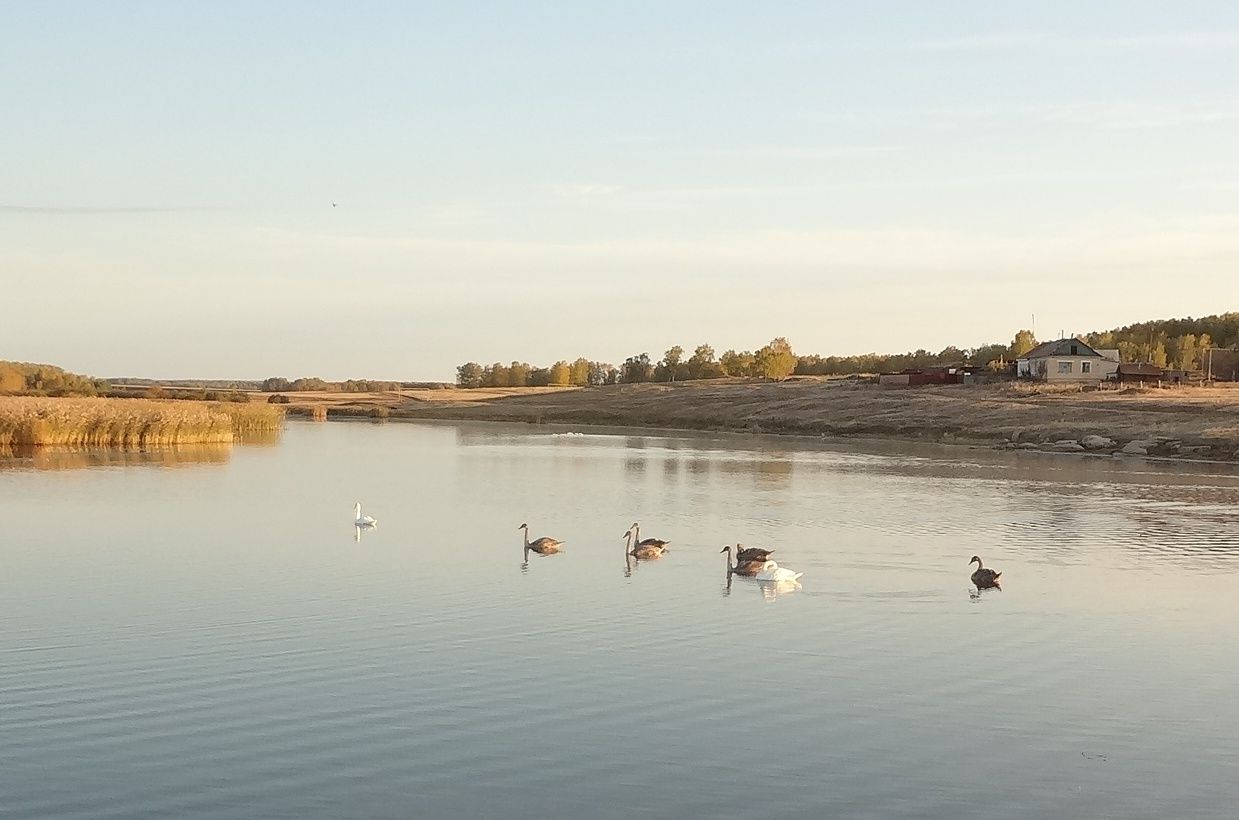 The two white swans are the parents (father and mother).
And six gray swans are their children (goslings).
So they have been swimming since early morning. 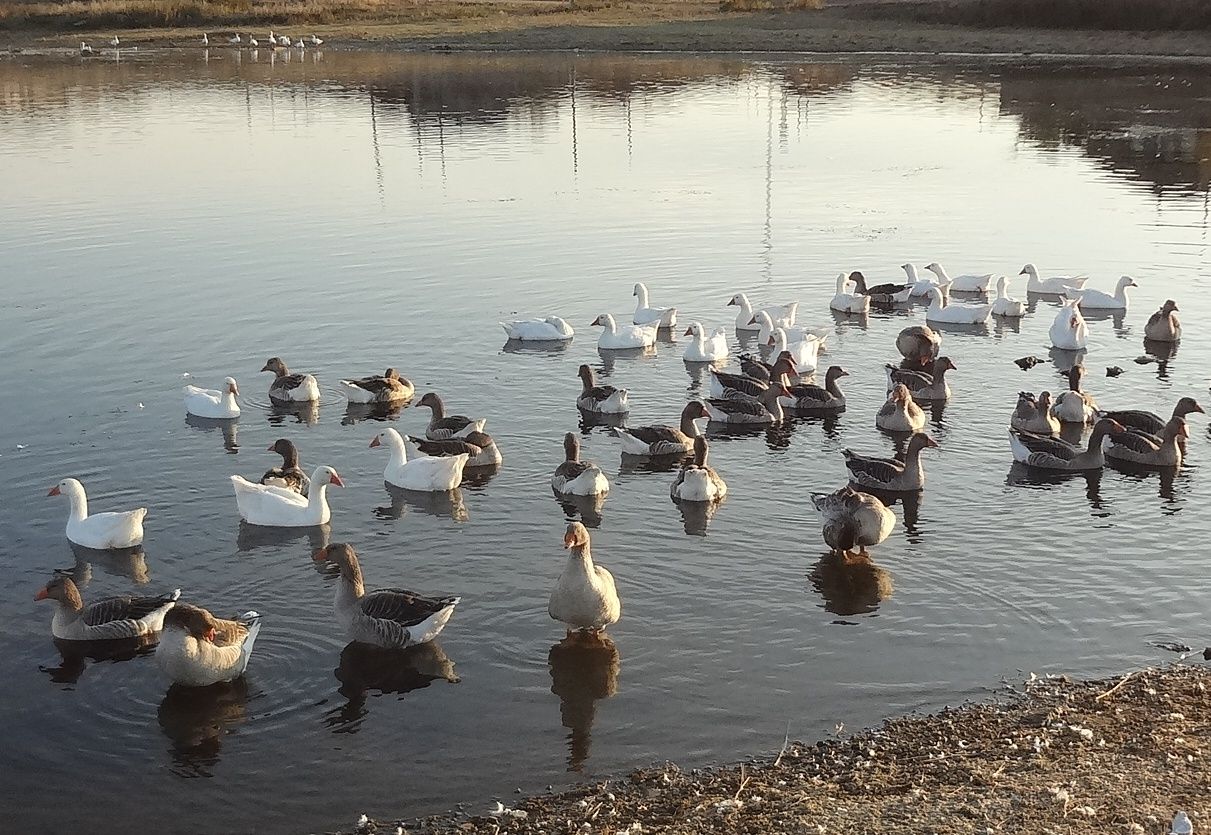 And here on the lake there are many domestic geese.
Although they say that wild geese also come here.
And how to find out where are wild and where are domestic? 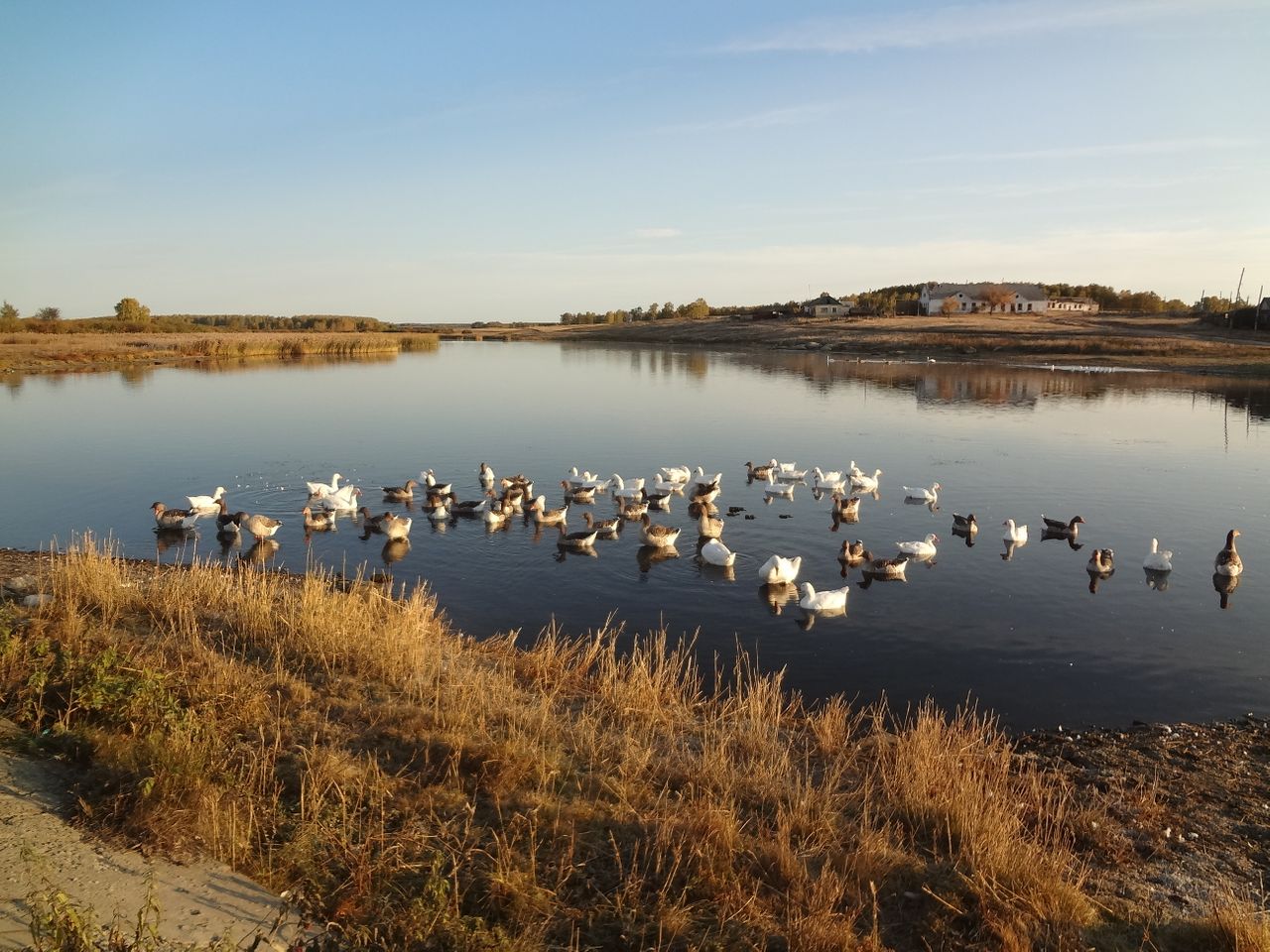 Geese are not at all afraid of people and swim nearby.
I went very close to them and took pictures.
Only a few geese swam away. Maybe these are wild geese? 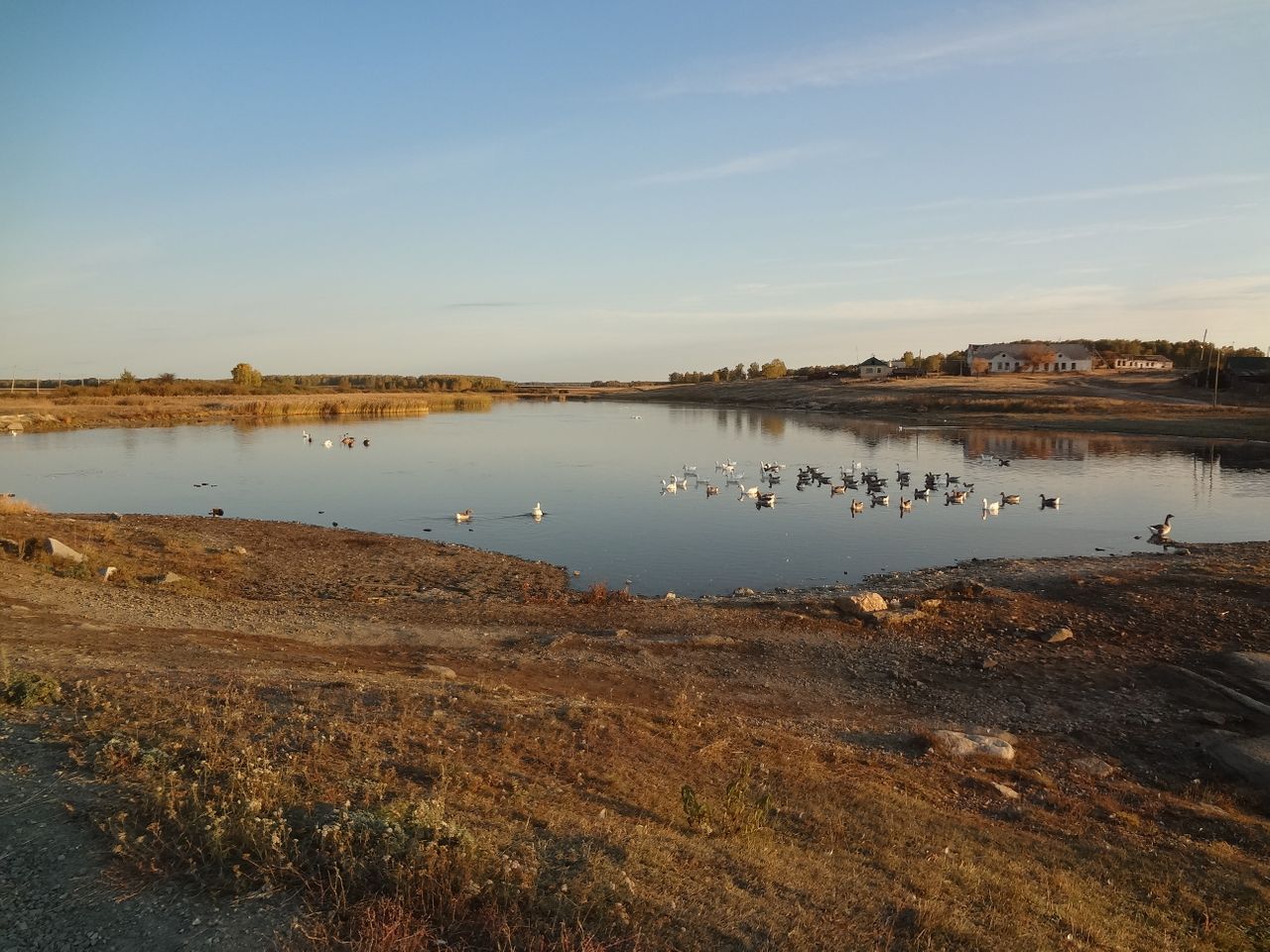 But swans are very shy birds for some reason, is it evident?
As soon as I started photographing them, they swam away.
And so far away that they then disappeared behind the reeds. 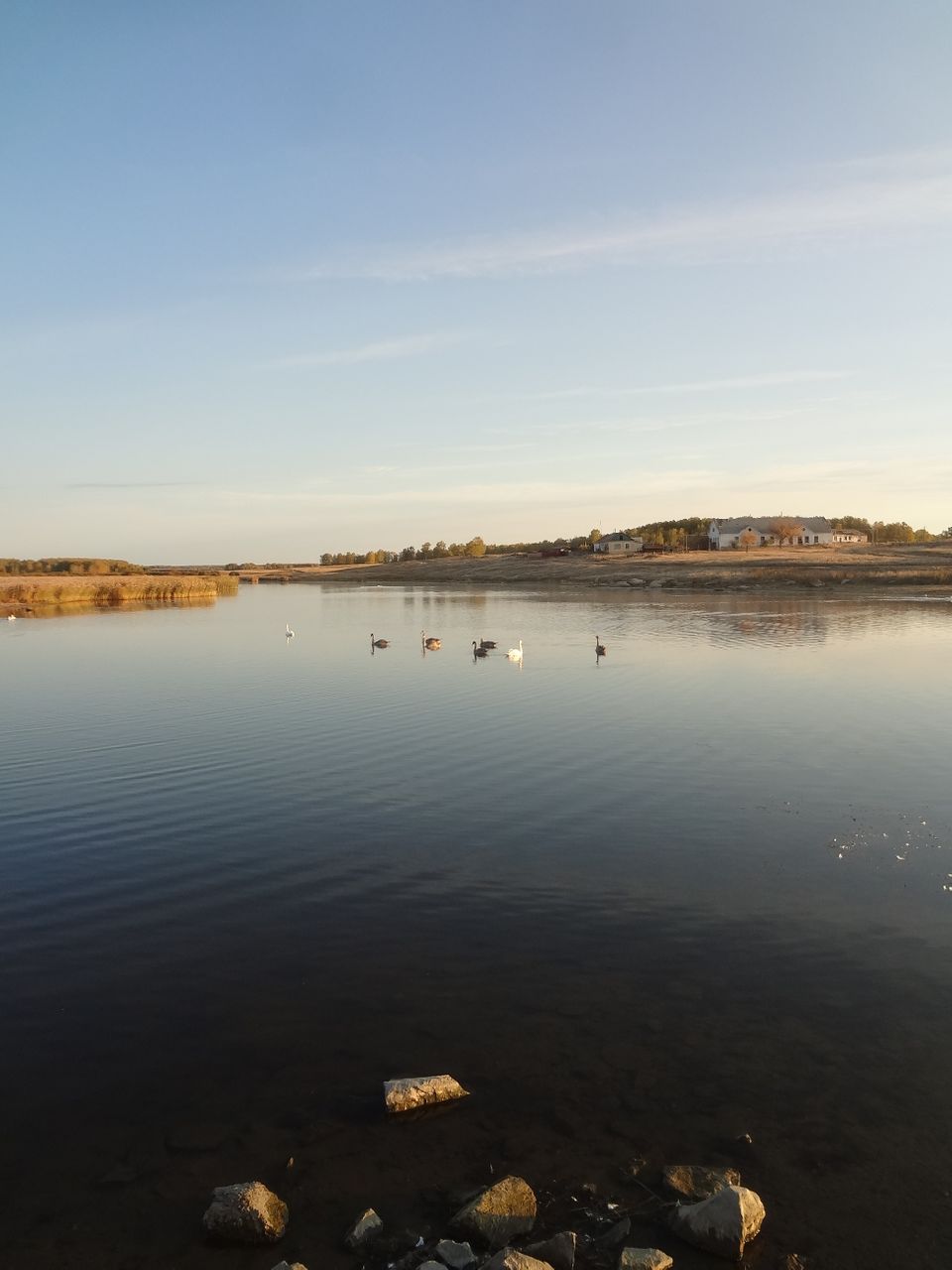 When the swans calmed down a bit, they quietly returned.
But they did not swim close to the shore, swam to the side.
Although, as we can see, how beautiful these birds are.

Amazing Nature Contest: EVALUATION #3/9/21 and Thematick Challenge - #1/10/21. Bird migration/
AMAZING NATURE - SWANS AND GEOES.
MIGRATION OF ONE AND SITTING AT THE HOUSE OF OTHER BIRDS.

It just so happened that early in the morning I went to a small lake in the village, where we spent the night for the weekend, arriving in the forest and on the lakes. This lake was very close, and I saw the swans from the window of the house in the morning. Of course, I decided to go to this lake, see and take pictures of the swans. There were eight swans in total on the lake. Two white swans and six gray ones. This is a swan family that flew here to a lake in a village from the far north. Here swans stop in autumn to rest before a long flight to the south, to the countries of Turkey and Africa, where they spend the winter. And then the swans have a new flight back to the north. Thus, birds migrate from North to South and from South to North every year. As the residents of this village say, swans fly to this lake every year, but in the spring only parents (white swans) rest here, and for some reason their children (gray swans) don't come here? But from the North, after the summer season, swans again fly here in the fall with new children (goslings). Quite a strange story, but this is how everything in nature works, apparently?