When you don't get airdropped, here is how you can take advantage

Did you miss on FORCE, FEI or TRIBE airdrops recently?

Not to worry! I miss a lot of airdrops. We can't get 'em all!

But over time, my experiences with these airdrops have taught me this strategy to make some money even if you don't receive any. Although it's not fool-proof technique, I'd like to share it with you as it helped me a no. of times in the past. 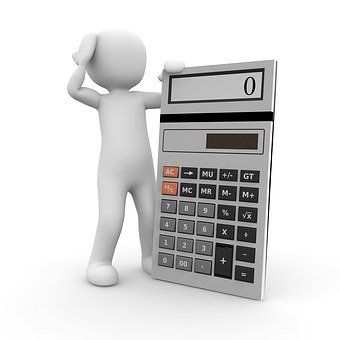 Most coins get dumped ...or say airdumped, following the airdrop. Unfortunately, not many could recover that dump immediately. But some projects are too strong for any airdump and their prices spring up immediately.

So when you see a very good project and a strong team behind it, you can take the opportunity of airdump to fill up your bags.

The very first time I heard about this word "airdrop", it was in mid 2017 when Bitcoin was being forked. I was very new to cryptocurrencies and read a lot on it. Then I concluded that only Bitcoin will survive and Bitcoin Cash chain won't. Well, I was thinking in binaries and was proven wrong. BCH prices soared beyond anyone's expectation.

(I remember, to save himself from the complexities of different wallets and 2 different coins on the same bitcoin address, one of my friends sold all his bitcoins. He was repenting it when he saw what followed.)

But later in the ICO mania, I kept hodling many airdrops and each of those turned out to be worthless. I concluded it's the one who dump their airdrops as soon as they get were the ultimate winners.

But Uniswap's UNI airdrop changed that narrative again. After receiving UNI airdrop, I was very uncertain whether to hodl it or sell it So I sold a quarter and hodled the rest. The prices dipped initially then touched a high of $8 to dip again. But this time I bought the dip as much as I could and I was rewarded very well.

But I did a mistake with BADGER. I didn't buy the dip!
For some weird reasons, I was expecting it to be airdropped to me but that was never to be. I should have bought it instead.

That taught me this lesson.

So last week, when I was airdropped only 43 ICE from Popsicle Finance and that too were delayed a bit, I just went ahead and bought a huge bag during the airdump. I'm still hodling it and am happy that I loaded up in time. In fact, my eyes were up all night when its second airdrop happened but there was only a 10% dip and that too was for a very brief time.

But not all airdumps can give you immense returns.
As we saw yesterday, even TRIBE didn't drop much after the airdump. Rather it shouldn't be called an airdump at all :)

Yesterday, I logged in to ForceDAO interface to claim my airdrop. Guess what, I didn't receive any. So what next? I decided to buy the dump. But it gets difficult to decide when the dump is very hard. I saw it's prices declining at a ridiculous pace. I didn't take it as a good sign.

Then I tried to find reasons for its rapid decline. I asked some people but none were aware. Finally, I found in their Telegram group that their xFORCE contract had an exploit. Whole hacking incident and the plans ahead are explained in their official post here.

They are now coming up with a new token contract soon. They were also requesting everyone to not to trade and even contacted CEXes to stop trading in their token. They are also assuring to make everyone whole who bought before their Twitter announcement. But many did lose a lot as they bought after the announcement. How can we see the announcement as soon as it's announced!

Whatever happened, happened! FORCE prices touched a bottom of 2 cents and is currently around 10 cents. But as soon as they come up with a new token contract, I'll see if I can buy some at lower prices. I hope, it will take some time for prices to recover as many get burnt by the exploit. However, if most are made whole, and project continues, prices should recover.

Of course, its TVL is down from over $100m to just $15m now. But once the issue is resolved, it should be fine. That's the risk we need to take if we're looking for some windfall. This is yet another strategy for me. I did the same after the Chef Nomi exit scam of SUSHI. Once I realized that the project is on track but prices ain't, I bought a bag of SUSHI.

I'm just sharing my thoughts and how I take some decisions. Though this can't work every time. Take your call after your own evaluation! But if you not receive some airdrop, it's not the end of the road. You can still make the best of it. Be happy!