Resilience according to the dictionary is the ability of a person to overcome traumatic circumstances. Absolutely all human beings have this ability to overcome crises, traumas and moments so painful that we think we will not come out of them alive. 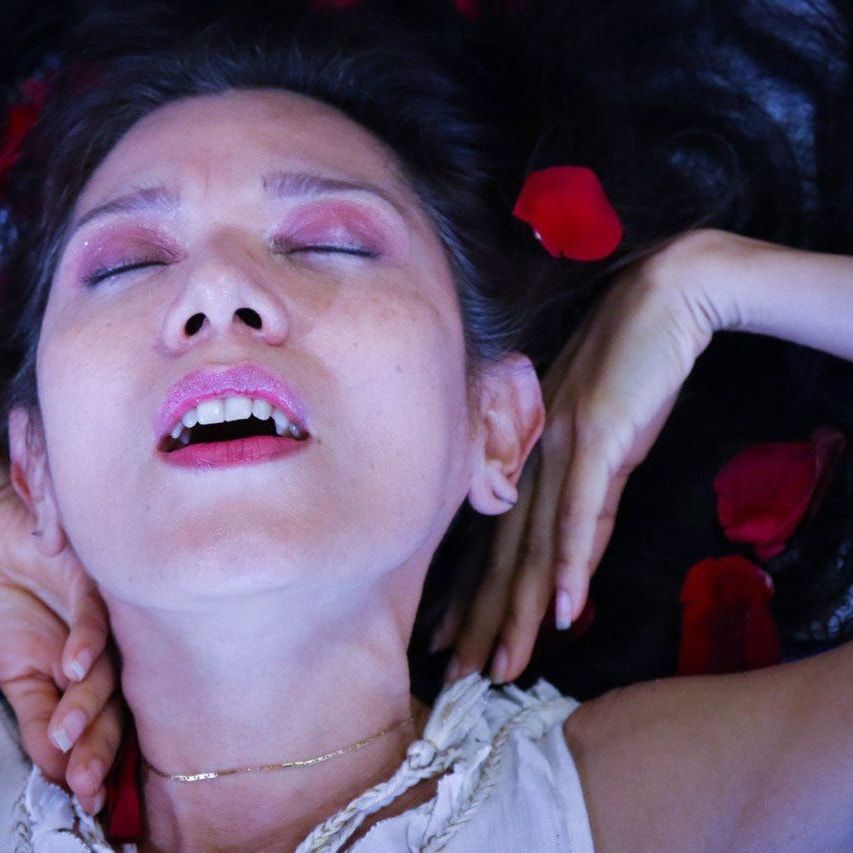 What does the above come to, well nothing less and nothing more than the questions that this week has proposed our dear @joanstewart in the community #LadiesOfHive - Contest 83, without much ado below I present to you the 3 questions:

I am going to tell you an episode of my life that summarizes the 3 questions in a single experience.

It was 2008, I was a young woman of almost 36 years old and I was lost. I didn't know who I was, what I wanted out of life, let alone where I was going. Yes, I was what you might call a leaf thrown overboard, a "victim" of circumstance or in other words adrift, anywhere was appropriate for me. This is my melodramatic moment of the story hahaha.

I blamed everyone and everything for my circumstances. I was filled with anger, a lot of anger towards... I think humanity and of course God.

The Tipping Point - No Turning Back

That emotional charge and thoughts like black rain were pouring down on me and of course they did their thing. Somatization is the word used in psychology, when thoughts make the physical body sick and they did make it sick.

A little ball appeared in my right breast, but I didn't pay much attention to it, my life was in chaos. My grandmother (who raised me from the age of 2 months to 7 years old), was sick with old age and a few months later she died. I had just started a new job and had rented an annex with my brother @charsdesign. The rent was expensive. Because of all that I could not afford to be checking my body and how wrong I was.

6 months went by and I went for my annual checkup and guess what, it turned out I was diagnosed with Breast Cancer, grade IV with nodules in my armpit. My life went down the drain at that very moment. How devastating was that? That was the worst news I had ever received in my entire life. I read, read, read and the chances of life were 50%. An icy chill ran through my body. Why me? I was going to die so young? I don't deserve it ... I so good I have been! ... that's another melodramatic point in my life hahahaha.

"Blood, sweat and tears" that's what Winston Churchil said, to refer to hard work in difficult circumstances and I applied that to my life for the next 12 months. I went through a process of 4 very strong chemo treatments that knocked out my hair, a radical mastectomy with removal of almost all the nodes in my armpit, 12 slightly milder chemotherapies and finally 28 radiotherapies.

So far, that has been the most difficult year of my life, but nothing is impossible for those who apply resilience, for those who want, everything can.

And I saw the light at the end of the tunnel

That diagnosis and those 12 months have been the greatest blessing of my life! I know, it sounds inconsistent, but life is full of inconsistencies, isn't it?

I used to declare myself "Atheist" thank God; but at that moment I started to receive subtle signs and divine messages, you want to know some of them, then keep reading: Photo taken by my aunt

The same day I received the diagnosis, I received a beautiful gift from an angel sent by God. It turns out that I left the doctor's office devastated. Well, I was with my best friend, who, not knowing what to do with me, did his best to take me to a nearby bookstore, and all I wanted was to disappear forever in the darkest corner of my room. The bookstore manager, who upon seeing me crying, asked my friend what was wrong with me and after learning the "terrible news", gave me the book "The Power is Within You" by Louise Hay.

With that book I began to feel immense gratitude just for the fact that I was alive. Every day when I opened my eyes, all I thought was, I'm still alive, I'm still breathing, one more day, one more chance!!!! ... and then the dilemma, but ... who do I thank.

It was at that moment that I had the revelation ... God that figure I disowned for many years was finally entering my life ... my best help in times of crisis, storms and chaos ... God has infinitely comforted my life. And no, I am not talking about a particular religion, I am talking about believing in the divine benevolence that wants the best for us.

And yes, small miracles began to appear, for example:

I am O (Rh -), nothing easy my blood type, I am a universal donor but recipient only of another O (Rh -). They had to suspend the operation the first time because they could not find my blood type. Days later I was in the Blood Bank and the nurses were urgently calling all the hospitals.

And like an angel from heaven, a man appeared asking for his wife's results ... suddenly a nurse with a euphoric voice asked him You are O (Rh -), how long has it been since you donated? ... and without answering, the man began to pull up the sleeve of his shirt, asking where I sit ... my tears came like cascading buttons from my eyes, I hugged him so tightly that for a moment I thought I would melt into that unknown and loving being who gave me the greatest of gifts ... he gave me his blood.

During that year I felt infinitely loved by divinity, by humanity, by the team of doctors who treated me, by my family especially by my mom, my aunt, my best friend and of course my brother @charsdesign, who from one moment to another became my drivers, supporters, cooks and pleasers.

In conclusion that year I met God and the infinite love that manifests itself in many ways and through many people.

And then I took charge of me

Knowing that I am the owner of my life, my destiny and my body was the most beneficial experience that year left me. After all that process, I started to be more aware of my thoughts, therefore I started to work on my Conscious, Unconscious and Subconscious Self. In short, I started to heal from the inside.

I understood that I am a woman with a lot of strength and power, it is a work of an ant that has not finished, it is that sometimes I forget and I take apparent steps backwards.

After a year of drinking tea almost every day with death, one learns that the greatest fear is to die. So why not take a chance on what you want, why wait for later. That moment of epiphany taught me to be somewhat bold and daring. It doesn't mean that I do everything I want, it means that every day I try to do better than I did yesterday. 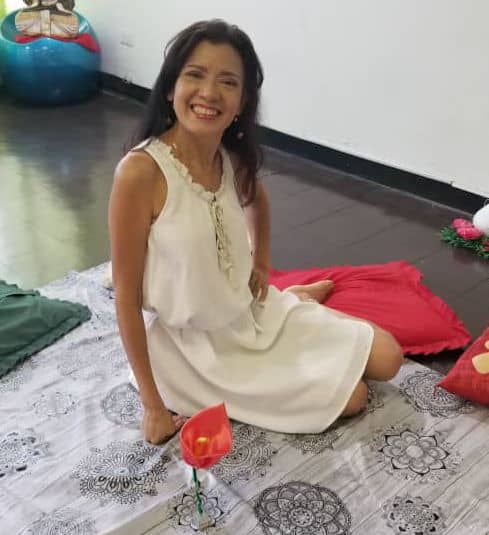 I also learned that I am what I eat, so I am more conscious of my food. Eating healthy is loving my body and loving others.

Not with the above means that my life is perfect. Life is full of challenges, moments of crisis, chaos and storms. What I mean is that after that experience I have learned to live my crises, cry them, suffer them and even with scratches in my being, overcome them.

Life is a little while and to feel, feel, feel how wonderful this life is, to live it and enjoy it with its nuances is the best thing I can do. I am aware that someday I will leave this plane, but of one thing I am sure, I do not regret any good or apparently bad experience that has happened to me. Everything has been perfect.

This week I invite @nancyq and @graciadegenios to participate and make community in Ladies of Hive. 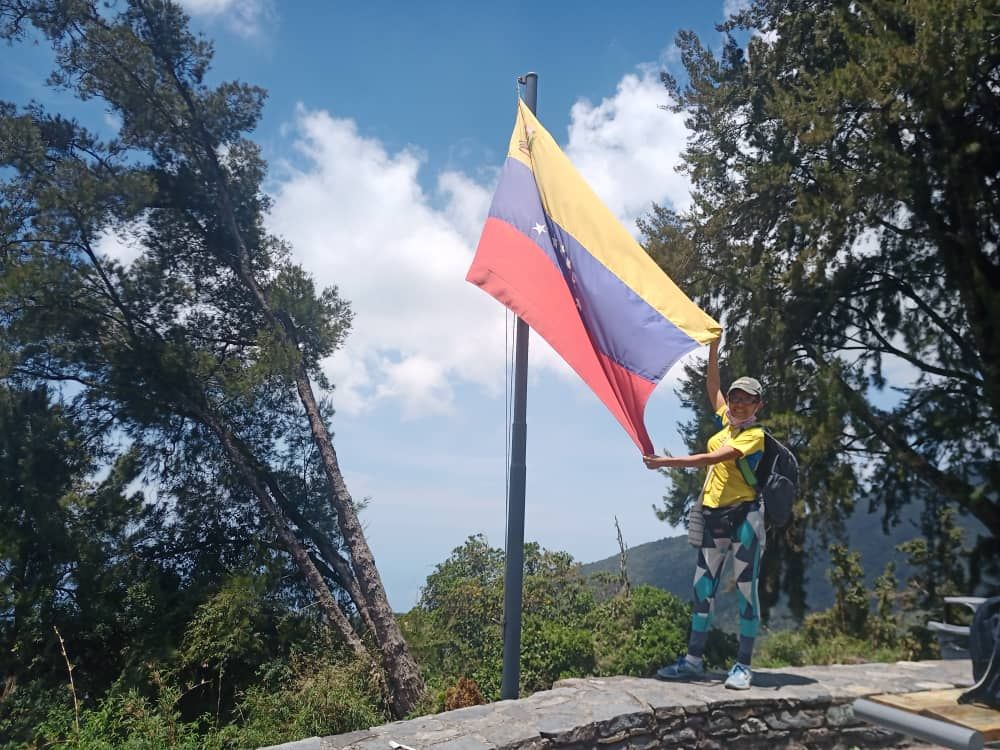 If you made it this far thank you so much for taking the time to read me, I hope you liked it!!!
The images are my own taken with my Tecno Spark cell phone // As translator I used the free version of Deepl.com //
The banner was taken from Ladies of Hive contest post #83.

Photo taken by my aunt