Growing Kale for the first time I learned very quickly everything likes to eat it. The Caterpillars will completely eat the leaves if unchecked. By mistake this year some Lemon Balm got mixed in with the Kale planting. And it would seem it helped to protect at least one of my Kale plants from being completely eaten.

There are indeed still some holes in the Kale that is surrounded by Lemon Balm, but lets compare to some of the Kale growing next to it that had no Lemon Balm growing in-between the plant. 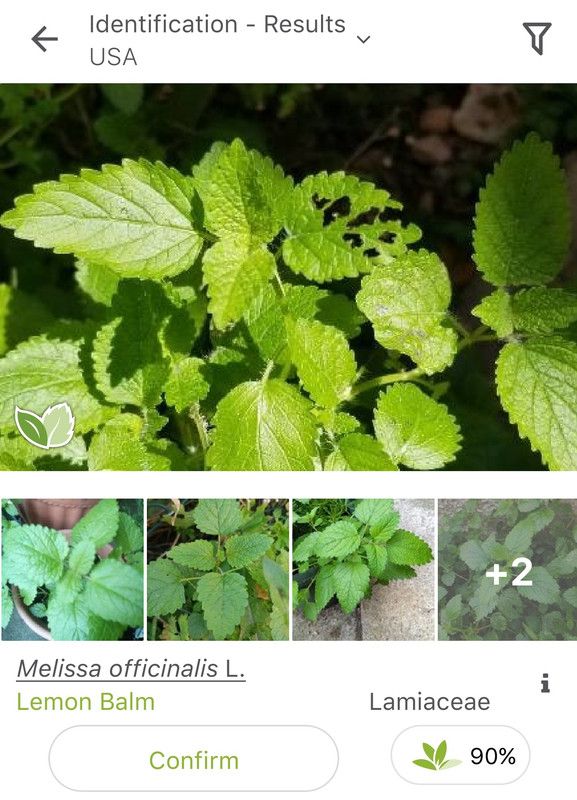 These Kale plants came from a farm that was throwing them away for the year. I must have pulled up some of this herb while I was going through the Kale plants. Using my phone app PlantNet I was able to pretty much verify this is what I think is growing.

Upon planting, the Kale took and the Lemon Balm started growing. But only in one corner of the garden. I think I will try to spread this plant to where the other Kale is growing for next years season.

Lemon Balm has many uses, besides the one mentioned that it can repel insects. It can also be used in drinks, in recipes and its oils are powerful enough to repel Mosquitos. Its simple enough as just rubbing the leaves on your bare skin and it provides protection for up to an hour.

The smell of Lemon Balm is pretty amazing, it has a Citrus like aroma.

Now lets take a look at the Kale with no Lemon Balm protection.. yeah its bad...

The leaves are completely stripped, though the plant keeps trying to form new ones. But these little buggers will eat them faster than they grow. I should go fishing, and pull some of these Caterpillars off and use them as bait.

Some Rosemary has been grown in-between the Kale, though it would seem it had little to no effect on stopping the Caterpillars.

I think I will keep growing it though, makes a nice herb for cooking as well. It should last more than two years unlike the Kale plants and I think in this climate it will be happy.

Spraying these Kale plants with soap and neem oil was my goto solution. But since we had to treat the house with some chemicals I did not want to eat any of the leaves after so I just let them go wild.

Maybe I will find a few other companion plants that also repel caterpillars and try growing them in-between the Kale. Otherwise I will need to spray them almost daily which is a pain in the ass.

One of the culprits, its getting ready to form a cocoon and then turn into a Butterfly. Which then it repeats the process of laying eggs that will grow into larva and eat the Kale plants again.