Ten Positive Things: Perhaps It's Not the Apocalypse After All

When I was in the UK, we walked for miles and miles and miles and miles, across stiles, past fields of cows let out from winter stables, through tiny woods alive with blue butterflies and thick with the scent of wild garlic, alongside streams where deer drank shy and alert in the dusk. Once, we walked past an encampment where a small and barefooted child swung off a makeshift verandah on a makeshift kitchen where a man washed the dishes and another sat and played guitar. We stopped to talk a while. They'd been living there since the 1970's, having bought the land for a song, and eventually got rights to build low impact housing there. This meant a small log cabin of locally hewed timber and a yurt or two. Each day, the man would cycle to work. Over the years, the roads got busier and busier, and it was getting downright dangerous, especially in the summer when the hedgerows grew into the road and made it narrower, blocking driver's field of vision.

Since the lockdown, cycling had become relaxing again. In fact, many cyclists took advantage of the quiet roads and bike shops had never done as well as people took up hobbies they had wanted to do for years, but never had the time. Like us, people were out walking, exploring parts of their own county they had never seen, even though these things were close by. 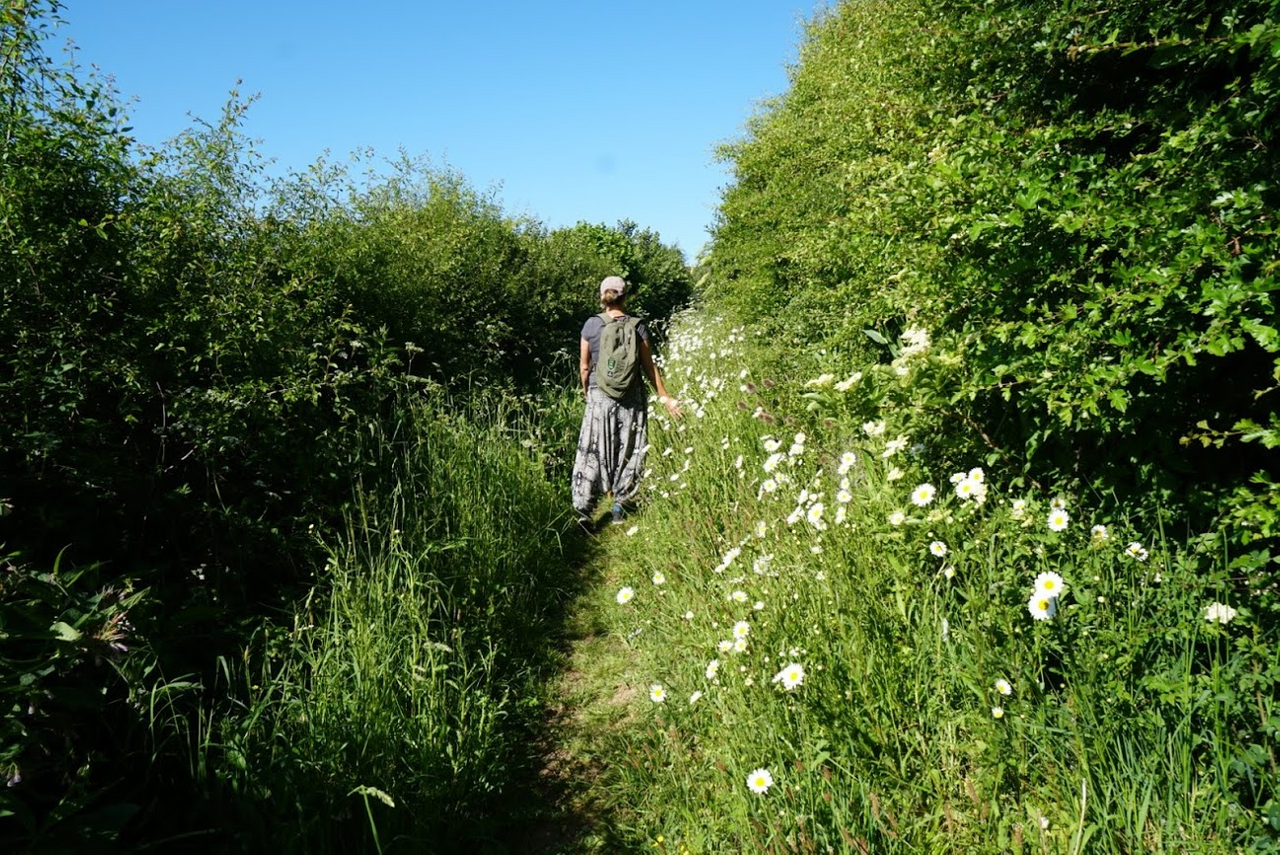 We talked about the skies clear of the white trails of air craft and quiet, and the bird life that filled the void left by engines. He'd been waiting for an event like this for years. We both agreed it would be good if it lasted. 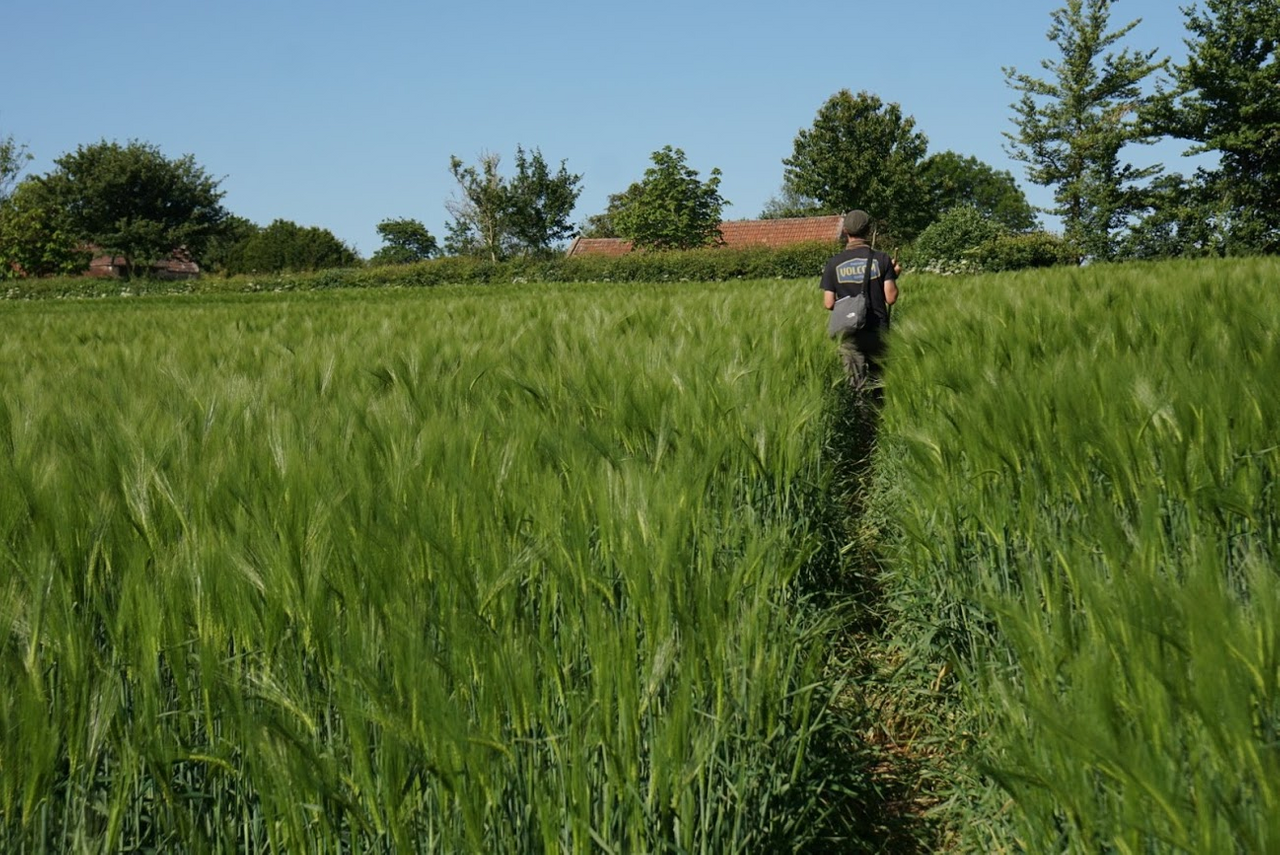 I recieved a refund check of $30 from the RACV, because they conceded that due to lockdown, we would have driven our car less. We haven't been able to leave the state, and even state travel only started again two weeks ago, when Melbourne was let out. This meant when we did go away, there were less people around, and we experienced the quietest roads I had seen since the 1990's.

Once again the Great Ocean Road was free of tour buses with international tourists. We got to see the 12 Apostles without the crowds. We drove along local roads with no one tailgating us.

Whilst we felt sad we couldn't travel, we saved a lot of money by staying local. 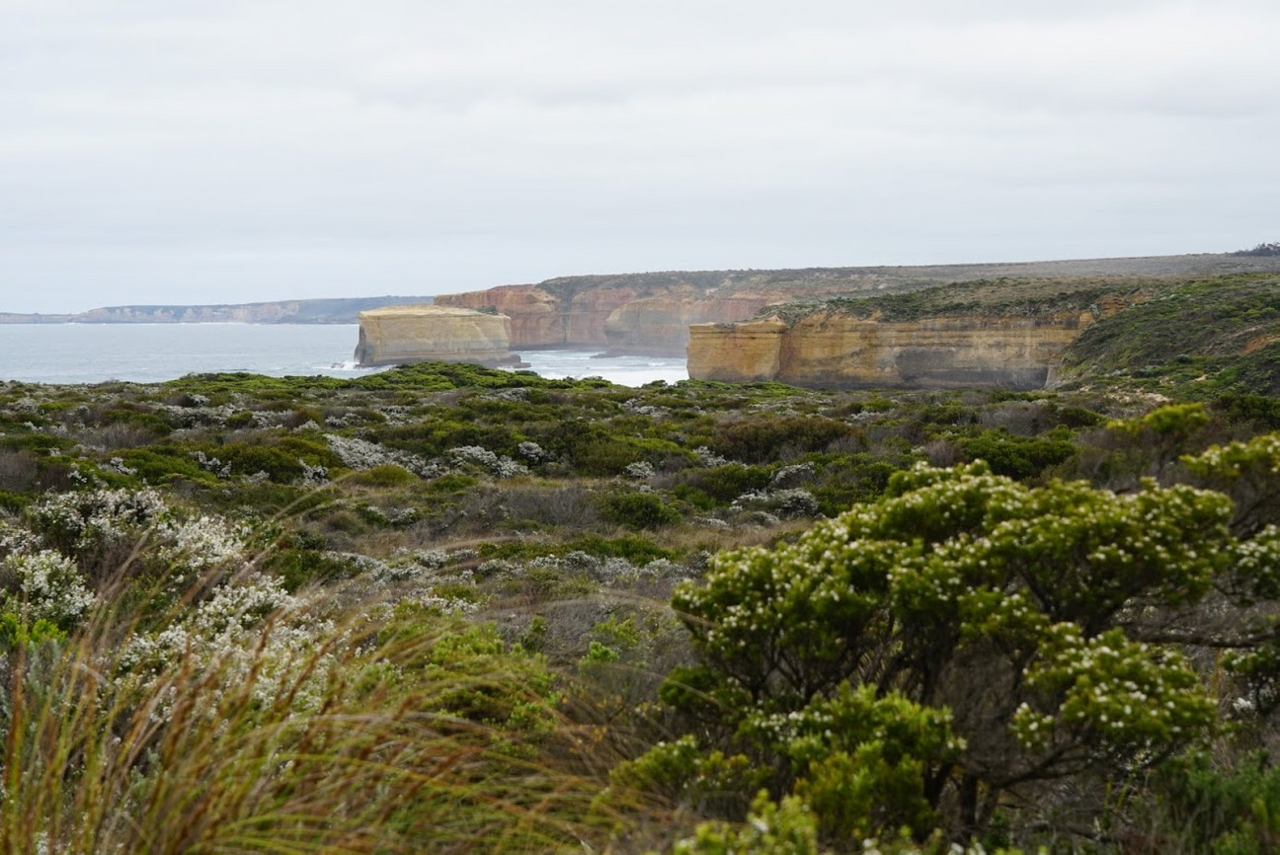 And this was the sentiment of most, who could not holiday in Bali or drive to Queensland to escape the cold. They are saying it will be years before we can even leave the country.

Watching a sunset on top of a sand dune in far north east Victoria, we watched kids fly down it on boogie boards, up and down, up and down, all day. Give a kid a sand dune and they'll be content all day, and so tired at night they'll go to bed without a whimper.

'You know, Dad', we heard one say philosophically, all of 8 years old. 'This is so much better than going overseas. We got to see parts of Victoria we never have seen before'. 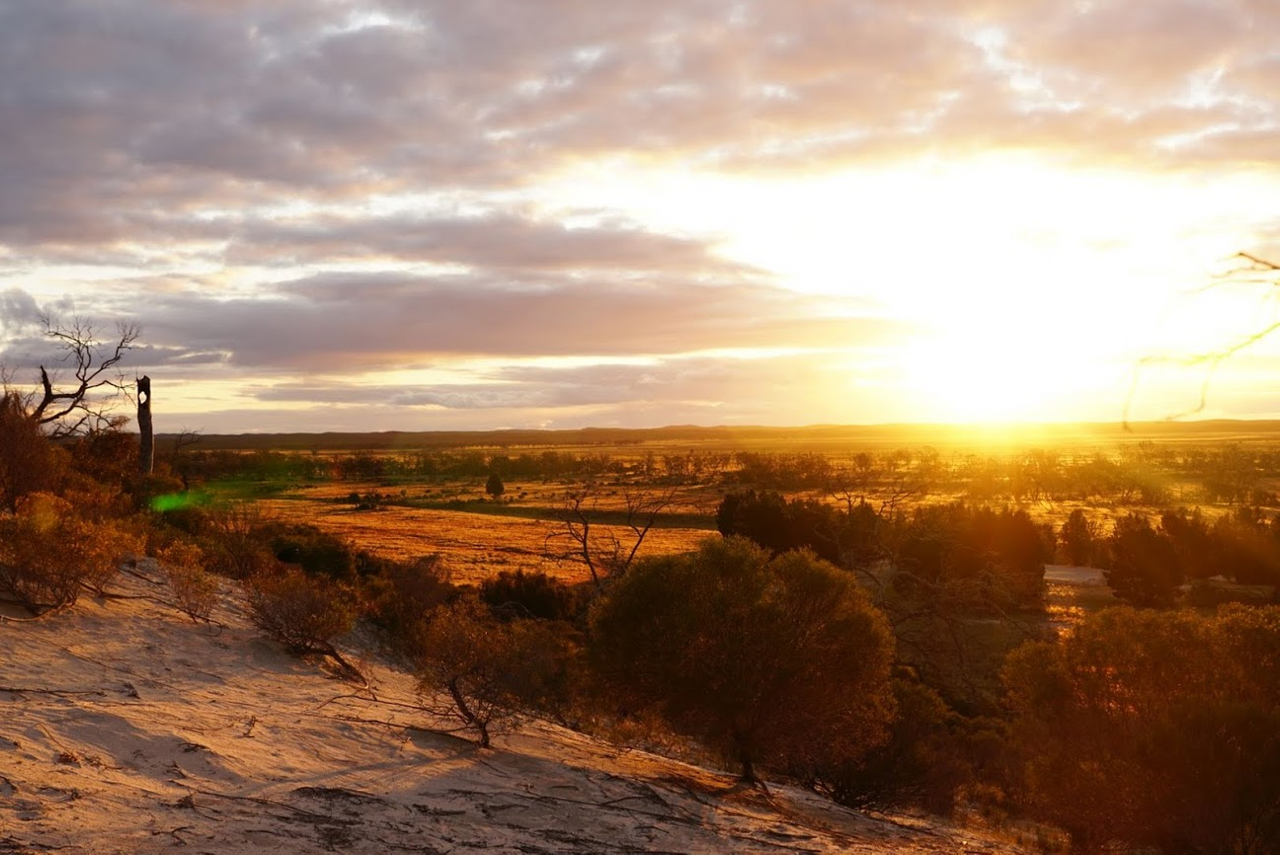 And though people could not see their family across state borders or in nursing homes, and some suffered as they couldn't escape abusive husbands, or found out their partner was having an affair and was leaving them and they were left alone, many families got to know each other in ways that would not be possible when both parents were busy at work.

One can underestimate how much children love to have family time and the attention of their parents.

And the butterflies and ducks and eagles and tigers and foxes and possums and all the wild animals were safe for a while. No guns, or cars, or pesticides, or planes plagued their foot and wing paths.

And although people forgot about the environment, they loved it still, and stopped to appreciate it more, and formed a bond with it that could make a difference when nature needed it in the future - soon. And people realised that office spaces were unnecessary, and people were just as productive from home. My son's girlfriend's company is suggesting they only meet once a fortnight face to face, and they'll give up the offices in the CBD, and just hire a space for the afternoon once in a while.

I think of all those cars, parked in garages, all those coffee cups with plastic lids remaining stacked in coffee shops, whilst people worked in their pajamas and made coffee at home.

And now, what might be done about those office spaces? Could they be transformed into affordable city living, to address the homelessness?

Whilst I rejoice at the grounded planes, I feel sorry for those who've lost their jobs as the aviation industry collapses. We suffer because we cannot travel ourselves, and my husband worries about his Mum in England and not being able to get back.

But grounded and stuck at home, we have done extraordinary amounts of DIY. 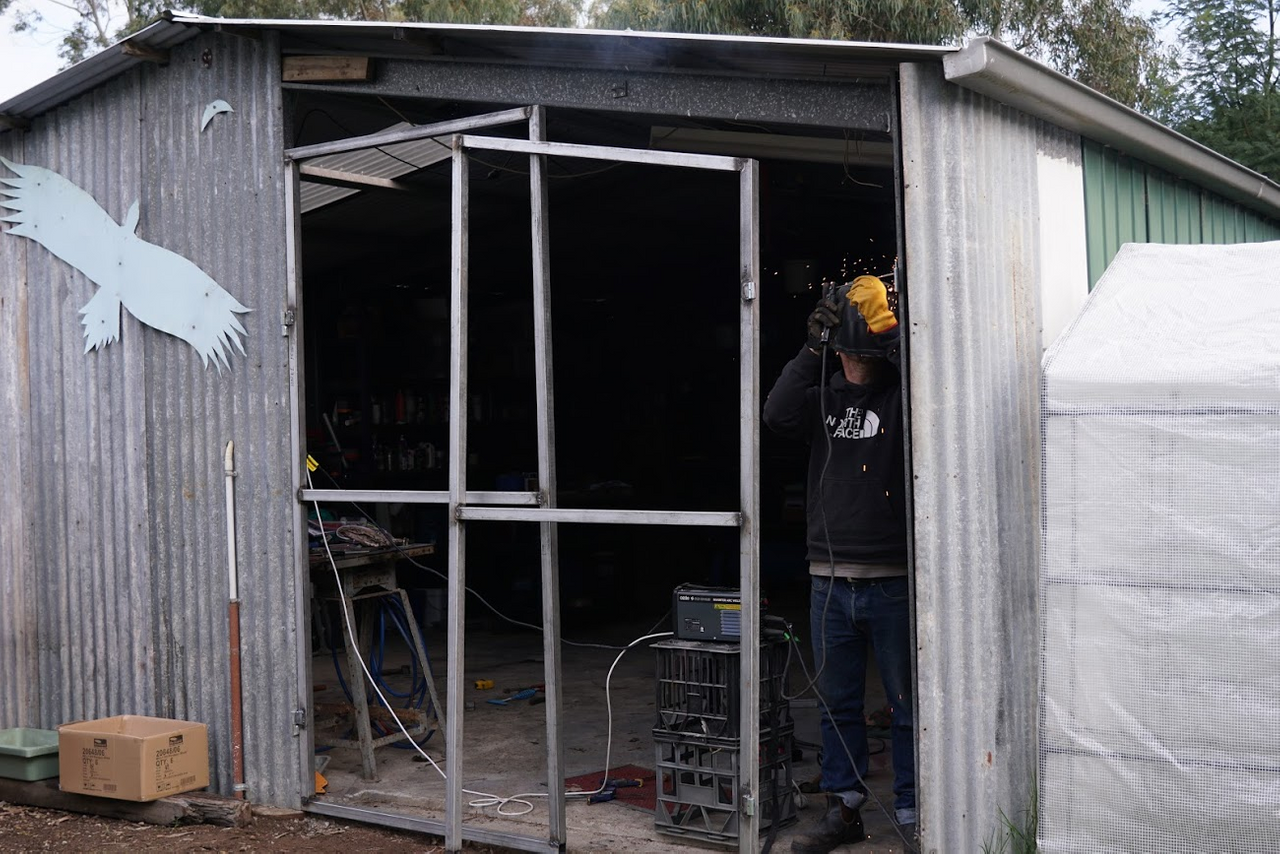 We learnt to wash our hands and be considerate of others personal space. People did not come into work if they were sick, and if they did, they made sure they weren't contagious, sneezed into their elbow, and wore a mask.

I'm a teacher. I know what it means to be sneezed upon. I haven't had a cold all year as I haven't been near teenagers, or people for that matter, and I feel more comfortable now asking them to stay a few metres distant from me in the classroom next year. And perhaps they won't do that gross thing where they drink out of each other's water bottles. Whether you believe the virus is not real or not, it doesn't matter. Don't share each other's water bottle. Ew. Meningitis is my worst nightmare.

People have become more fit, not less. There's only so much Netflix you can watch. They've found walking tracks they didn't know existed, started fitness regimes they have become addicted to, gone on diets, lost weight.

But damn I want my yoga studio to open. I miss the sangha vibe. Still, I walk and walk.

I hear conversations all the time about people reassessing their lives. 'I'll never work so much again', I hear. 'Maybe I can work from home', they say. 'I don't care that I lost my job - I didn't want to stay there anyway' 'I'm going to shut down the business - I've been wanting to retire in years'.

I've become less worried about money, not more. Things will work out okay. I'm sure this isn't the case for anyone, and if things are looking bad for you, I'm sorry. I feel for you. But I'm happy for those who have changed their attitudes about money, and have had the time and space to find silver linings.

Though some of us are painfully isolated, others have had the chance to meet people and talk to people they wouldn't have otherwise. We have met on paths and in the woods, and stopped to chat. We've talked to each other out in the surf or stopping over to pick up for sale items, illegally, but still. Because we're home, we have more time and energy to talk to people, and start those community bonds. Many have discovered how important community is, and how much we need to look after one another. My local council is funding projects that strengthen community mental health with this in mine. More people than ever before have started gardening and realised that it's not only good for the wallet and survival, but it's good for their state of mind, and when we come together and share, it's even better.

We are becoming more connected, not less, in spite of what they say.

And when we blinked out of lockdown, we were a little shellshocked, but we smiled at each other, and slowly, our hearts were filled again with hope, and we appreciated the world a little more, and the freedoms we'd taken for granted.

Gratitude projects. Re-imagined education. Charity. Appreciation for frontline workers. Less air pollution. Less fuel consumption. We realised we were not immortal. We realised we were just animals, and we were not on top of the food chain after all. We faced death and prevailed, so we did not live in constant fear. We learnt that a hug could save us, or it could kill us, but took the risk anyway.

This post is written in response to the Ecotrain QOTW. You can find it here. It's meant to be FIVE positive consequences of COVID-19, but as usual, I read it wrong and wrote 10. Oh well! Anyone can write. Join in for juicy upvotes and engagement with some great folk of HIVE.