EcoTrain QOTW S7.9: Which Technologies Have Had a Positive Influence on Your Life? My CPAP Machine! 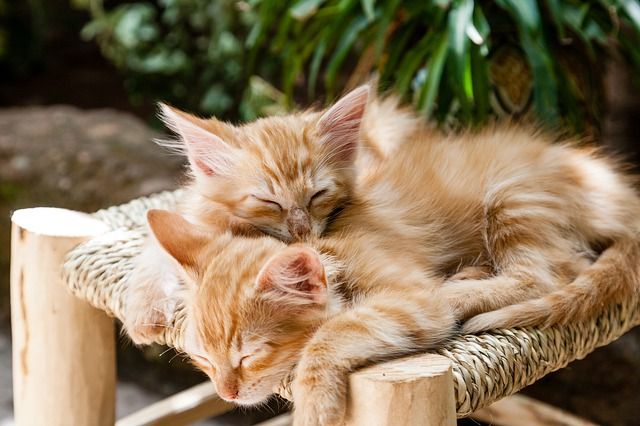 Which Technology Has Had the Most Positive Influence on My Life?

This week's ecotrain question really made me think. What technology has had a positive impact on my life? There are so many. The computer. The internet. The smartphone. These have all affected me in a major and mostly positive way.

However, when I think about what technology has made a difference in terms of my everyday life, and, without which I might not even be alive, I would have to say it is without a doubt my CPAP machine. CPAP stands for continuous positive airway pressure, but I think of it as my "sleep machine." To understand how it has fundamentally altered my life for the better, let's travel back in time.

Back in 2000, I was a 28 year old Harlow. I went to Ottawa for a job as a UNIX systems administrator with the ill-fated Nortel Networks fresh after graduation with my Computer Science degree.

I was a keen employee and a single mother, but I had a serious problem. I had difficulty staying awake. It was an insane amount of difficulty. I drank monumental amounts of coffee. I asked co-workers to kick me during meetings if I fell asleep, which I invariably did despite all the coffee. I took caffeine pills before driving home because I was terrified that I would fall asleep in traffic. I knew it was not normal, but I didn't know what to do.

At home, I slept a lot, but I never felt rested. My daughter, who was 12, was very judgmental of my sleepiness. I don't really blame her although, you know, she could have been nicer about it.

One Friday night, I came home and fell asleep at 6:30pm. I woke up on Saturday afternoon at 2:00pm to my daughter yelling in my face, "Are you ever planning to get up?" Well, she was rude, but she had a point!

How Long Can One Person Sleep?

I was exhausted and annoyed at having been woken. Then I realized I had slept for 19.5 hours. So many hours and I felt as though I had had no sleep at all. I also usually woke up out of breath and a bit red in the face. The caffeine pills were giving me heart palpitations. Enough was enough. It was time to seek medical attention even though I didn't think much could really be done.

The doctor said she thought I had sleep apnea. I had heard of it, and I thought she might be right, but I knew the treatment was that awful Darth Vader mask and machine, and it seemed too horrible to contemplate. I told her so.

She said, "Harlow, do you think it would be worse than what you are going through now?" She convinced me to at least go to the hospital and have a sleep study done. The sleep study was an unpleasant affair with electrodes attached to me all night and people observing me while I attempted to sleep. I had to ask permission to go to the bathroom because they had to disconnect me. They had to unplug all the electrodes, that is.

The study revealed that I had severe sleep apnea. I was not reaching REM state. That is when you dream. I told the technician that I remembered some dreams, and she said they must have been hallucinations because I was not dreaming.

Personally, I think I was micro-dreaming. Dreams don't take long in real time, and I think it was just too short for their equipment to record. Then again, who was I to argue?

This certainly explained why I could barely stay awake and why I never felt rested no matter how long I slept. I went for a second sleep study to determine the correct pressure for my CPAP machine. When the respiratory therapist (RT) wanted to put that mask on my face the first time, I felt claustrophobic. I didn't know how I would sleep with a contraption blowing air into my nose all night.

That's how it works, by the way. There are variations, but, for most of them, the machine blows air out at a certain pressure. The air goes through a hose, which is attached to a mask that goes over your nose. The air gets blown down your nose and throat all night. It sounds horrible! It looks weird.

I remember the RT putting the mask on my head and turning the machine on. Then, I had this weird sensation. I think it is because I was so sleep-deprived. I didn't even realize how sleep-deprived I was. I felt like I was falling forward, spiraling down into the mask. I wasn't, of course, but I felt like that, and, for the first time in so long that I did not even recall, I woke up with no memory of the night. That might seem normal to many people, but for me, at the time, despite being very sleepy, I was always a little conscious and aware of the passage of time.

Most people who get CPAP machines are non-compliant. They get them and simply cannot get accustomed to having a mask on their head all night. They stop using it. Most don't even make it a habit in the first place.

However, I had severe sleep apnea and it was ruining my life. That is no exaggeration. So, for me, that mask was a wonderful thing, and I got used to it very fast. I got to the point that I could not be without my CPAP very fast.

Almost overnight (literally), I started being able to stay awake during meetings and in traffic. I started sleeping a normal amount. I no longer woke up out of breath and red in the face.

Cannot Live Without My CPAP

Last month, my mask broke unexpectedly. I rush ordered a new one. In the interim, did I go without it? No. I did not. Instead, I bought Krazy glue and did some home repair on my mask to last me until the new one arrived.

One thing I worried about was how men in my life might respond to this piece of equipment. The CPAP, while very helpful, is not a sexy machine, and a woman wearing a CPAP mask is not exactly centerfold material. However, I was pleasantly surprised. I have dated three men since getting the machine including the man I am currently engaged to. None of them were put off by it. I could not have been more astonished. In all three cases I tried to hide it at first, but, after some sleepless nights, I finally had to tell them about the ugly thing. When I think about it now, it seems silly to try to hide it.

I am very grateful to that doctor all those years ago for convincing me to overcome my pride and try the contraption. It does look terrible in my opinion. However, it gives me the gift of being able to sleep, to achieve REM sleep and deep sleep. I don't think I would still be alive if I had not started using a CPAP machine because, honestly, how long can a human being survive without sleep?

Also, I might have crashed my car or had a heart attack (that waking up out of breath thing was dangerous for my heart as it turns out). So, while I enjoy many different technologies and am happy they exist, for me, the CPAP has made the biggest difference. It was life altering, and I use it every night. It is the only technology that I literally cannot do without.

The only downside is that, during a power outage, I cannot sleep properly. They make batteries for the CPAP, but they are quite costly, especially considering how rare it is that the power is out. This is, however, a small downside for a device that has given me back my life. It is definitely the technology that has had the most positive influence on me.

(Note: I could not find a stock image of someone wearing a CPAP mask or of a CPAP machine. I could have photographed myself wearing mine. Ha ha ha. No way. However, you can see what it looks like here where they also explain some technical details. Instead, I thought a photo of some nice kittens sleeping would be much better even though it is unlikely that the kittens have sleep apnea. They are sleeping as soundly as I sleep now that I have a CPAP machine!)