Is There Another Hidden Pandemic Coming As Global Furlough Schemes End?

I hope my title was over-reachingly pessimistic but I have a terrible feeling I am right...

I have feared for some time that we may have a 'brand new' problem to face as easing of lockdown is rolled out around the work and people take their first tentative steps back in to workplaces they may not have seen for in excess of a year...

Just in case the term 'furlough', is not one you understand, it is the UK version of the 'job retention scheme' AKA being paid by the government or employer to stay at home during lockdown.

We've all known for the longest time that we are going to pay for the pandemic and the ensuing debacle carried out by governments who could not make a firm decision on which way to play the response. I think we also are beginning to realise it will be a multi-generational payback too.

Stimulus packages added a whole other element to the overall effect as they were unpredictably managed with rules varying dramatically from place to place or even region to region or state to state in many countries.

Finally most damaging of all is the interference of entire economic systems by printing fiat currency like money off coupons for the local store. This will be the most catastrophic aspect of the financial aspect in my estimation, coupled with the sheer number of businesses whose doors shall never open again and record property repossessions/foreclosures, it paints a bleak future picture indeed.

However if all this were not bad enough the ensuing mental health epidemic will, in my opinion be utterly staggering. The changes that have taken place and their effects on mankind have been nothing short of existentially challenging. Some will doubt this but to do so without at-least considering it would be folly.

I know we have an inert resilience, without it how would we ever go on after experiencing grief or other less tangible forms of profound loss?

Of course many will bounce back and proclaim it to be 'business as usual' when we get back to almost total normality but we are all made very differently, right?

In the UK we will likely adopt a 'stiff upper lip' mentality (or façade) and stick posters up in workplaces saying things like...

Carry on and get over the pandemic.

That is often the way mental health issues are buried, this can be counter-intuitive and cause those who do not feel 'normal', (whatever the bloody hell that means) to wonder what is wrong with them. Why are they not 'getting on with it' like everyone else?

The simple answer of course or 1 of them at-least, is that we cannot see in to the mind of another, we have absolutely no clue who is coping with things and who is not, we humans, for the most part, are fantastic at outwardly exuding an acceptable front.

The specific aspect of mental struggle I had in mind when I started this post though is something that will be pretty unique to most who experience it. 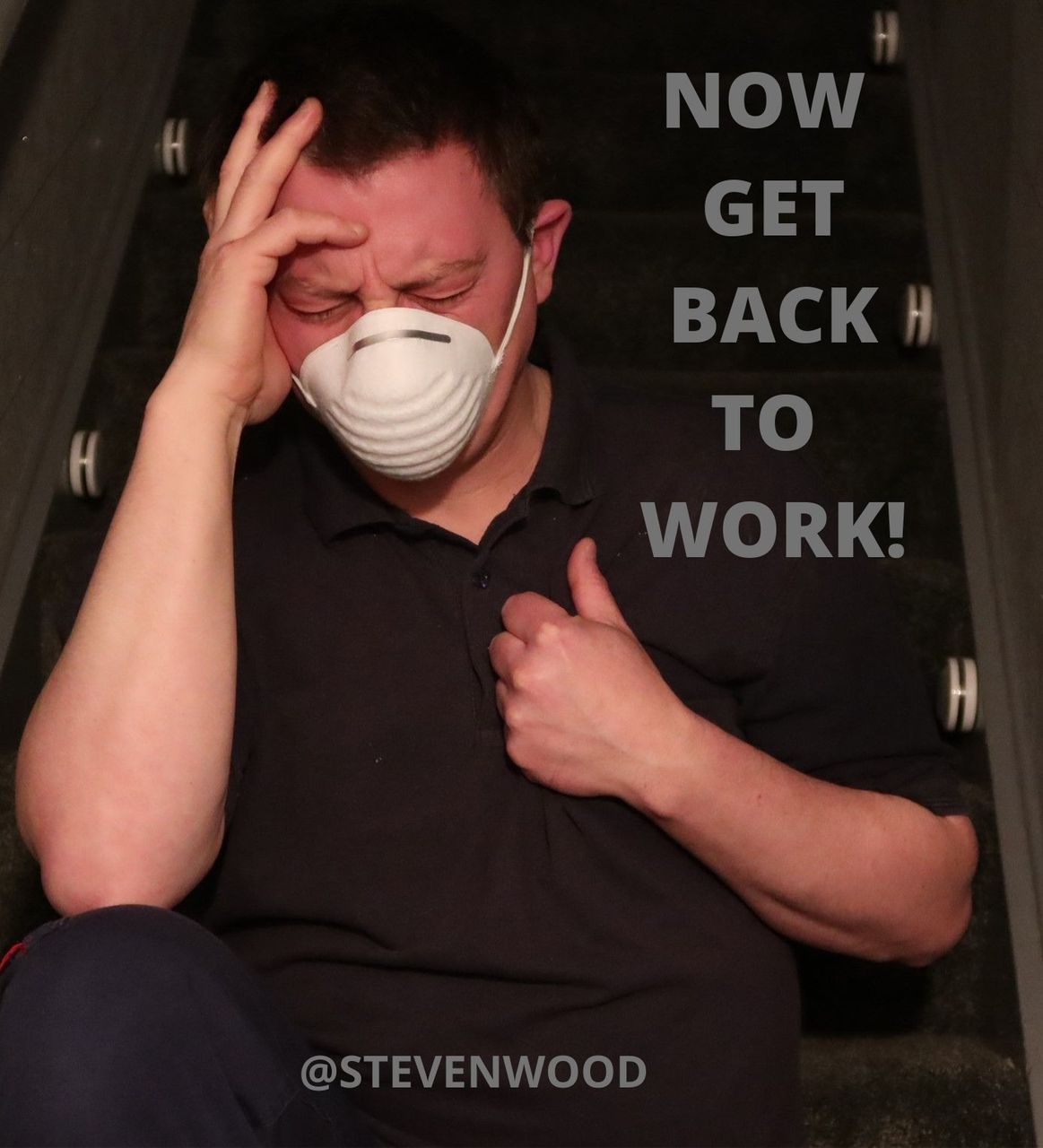 I am talking about those who step back in to the work environment with an unsettling, bubbling anxiety at being there that they feel unable to explain.

Many people will have been going through the motions, for many years, sometimes even decades to the routine of almost everyone else.

Apart from a few measly weeks away from the routine each year when we try and cram as much fun, D.I.Y, productivity and necessary tasks in to make the maximum use of it.

2020 shifted that paradigm significantly. We were thrust in to the greatest period of change and upheaval the planet has known collectively in our lifetime. For once it truly was a global catastrophe.

The resulting changes saw people isolated, trapped or even overjoyed at the prospect of being in their homes. Partners finally got the chance to know each other, parents got the chance to spend the time they always dreamed of to spend time with their children. People took up hobbies, learned skills or learned to be alone with their own thoughts and reflections. People realised that their life was not what it once seemed when there really was no real time for introspection.

People who hated their jobs had been given a reprieve, they probably thought this reprieve would last for several weeks and fully intended to take advantage of it... Little did we know?

Many people have a little anxiety, apprehension or dread as they step in to work each day but due to the constant treadmill of life, never really have to face up to it because of course, as long as we keep showing up, keep on moving, these feelings often don't have time to catch up with us.

I suspect that many people, I'm thinking it maybe millions or tens of millions globally have been inwardly dreading going back to this aspect of 'normality'.

Most will try and 'plod on' and go through the motions, expecting to feel as they used to, soon enough. 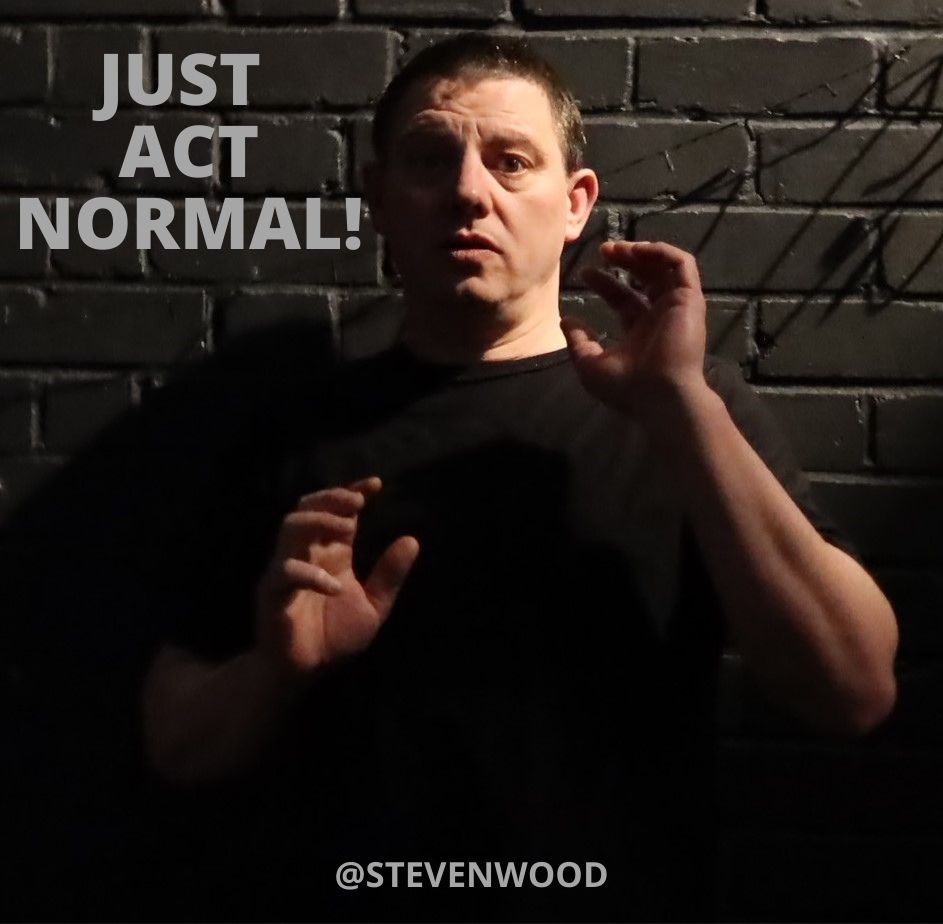 Anyone who has ever tried to outrun destructive, harmful, unpleasant feelings and avoid facing up to them knows that usually we are just creating a mountain from what was once more like a molehill.

More often than not, we ultimately discover that what we once thought was a mountain is actually a volcano!

To continue the analogy, many will face an eruption at some undetermined point down the line. Of course I realise this has always been the case with mental health but the factors leading up to it have been truly unrivalled in most peoples personal history.

I hope that employers, governments and medical professionals have been considering this for some time, I hope contingency plans have been formulated so the infrastructure is available for those who need a little extra help in re-acclimatizing to life and work as it 'almost' used to be.

I hope that those most at risk of such feelings, (although I believe they will take many people previously unplagued by mental health issues by surprise) have been proactively looking at their future and how they would hope to progress with life in future.

I seem to be surrounded by mental health issues recently and have struggled a little myself although mostly for other reasons, but I have wondered if the case I have laid out here may be at-least partly to blame.

If anything about the scenario I have discussed resonates with you or has struck a chord in a way you simply did not expect it to, don't ignore it! I guarantee you have people within your circle of influence who will make great listeners and offer a supportive shoulder. Usually when you think about talking your feelings over with someone your intuition will lead you to the right person.

If you absolutely don't want to tell anyone you know how you feel, look up a relevant helpline, there is a wealth of help available for those who need it, sadly this is usually from charities and alternatively funded agencies rather than those we elect in to office to create such help. Maybe your experience is better than mine in this regard, I hope so. 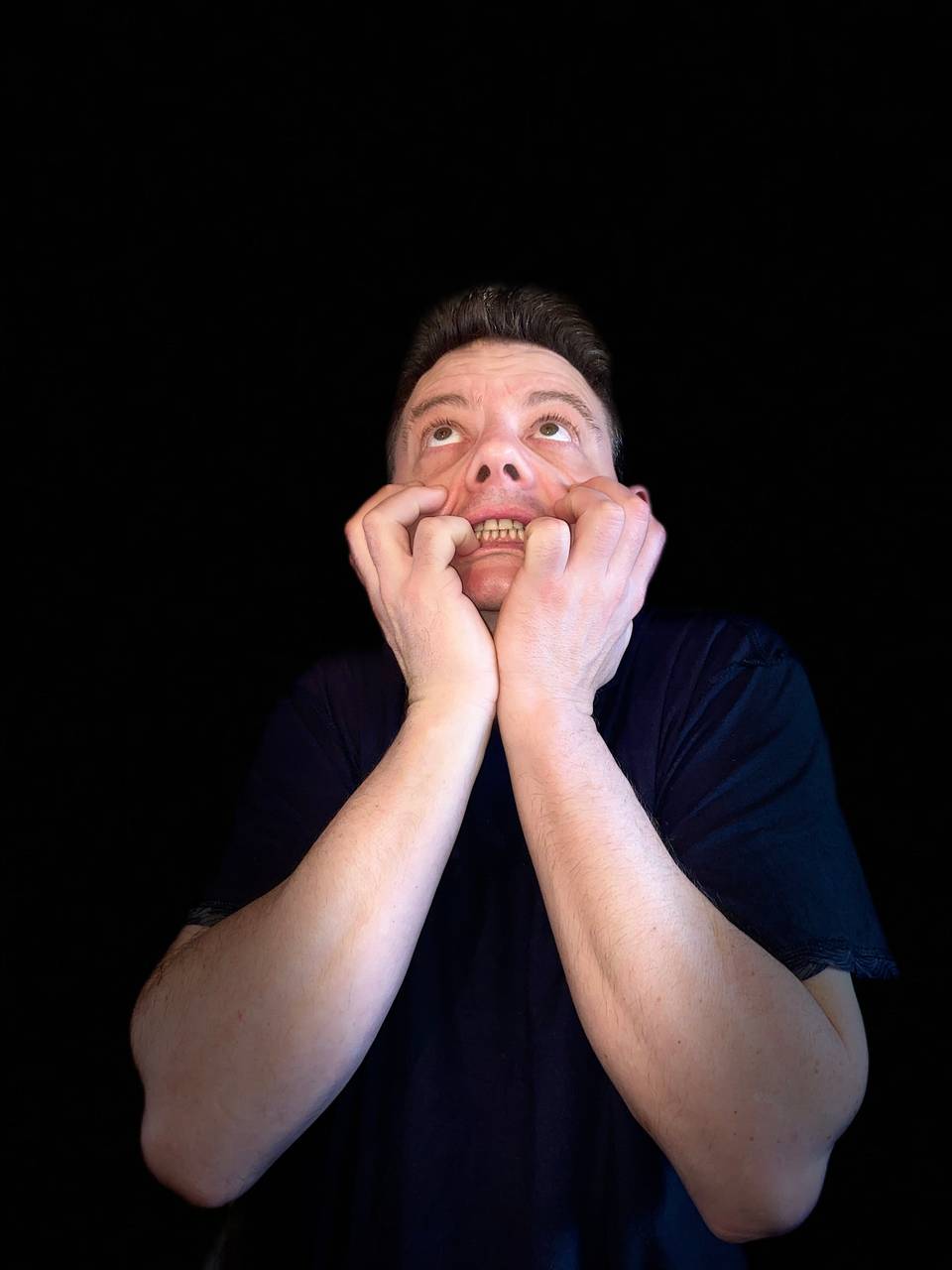 The internet is also an amazing resource for looking up ways of improving your mindset, disrupting unhelpful thoughts and taking the first tentative steps toward change. You may not believe it could be that simple but it can be an absolute revelation just how much making some small changes can snowball in to an exponential change of mood, manner and mindset.

There is also the opportunity to create an anonymous profile and join mental health forums or communities where those with experience try and reach out to others still trapped there from a position of empathy, concern and a genuine interest in the welfare of those who are struggling.

This method may well not be for everyone, but it may be surprising just how much of a difference it can make to be in a space where other people have similar problems and can maybe offer tips, tricks strategies or just a warm friendly ear and a helpful dose of understanding.

We live in an age where there really is no need to suffer in silence. So DONT!