There Will Be Riots

George Floyd's death, witnessed by millions of people all over the world, was nothing short of a modern day lynching. Despite George pleading for his life and calling out for his mother, policeman Derek Chauvin kept his knee firmly planted on the victim's neck for almost 9 minutes... 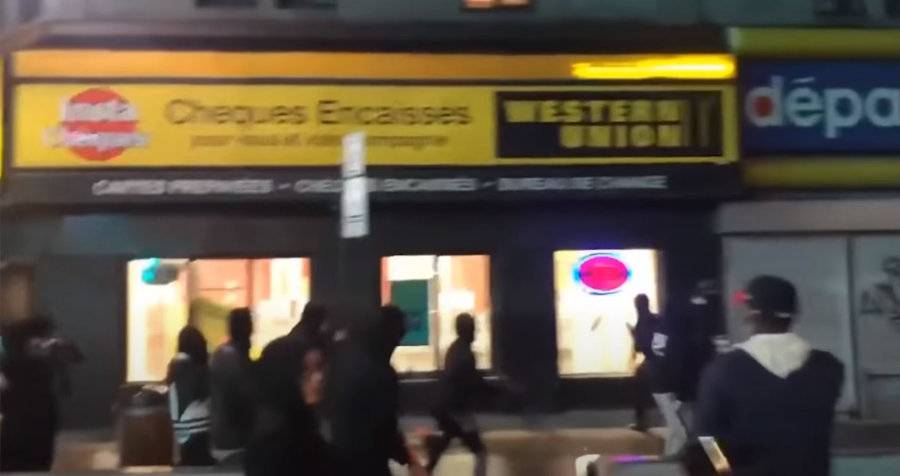 This alone would be enough to cause widespread protests, but what happened next was the real cause of the anger expressed in those protests, anger that resulted in the looting and rioting that is now universally condemned. What did happen next? It was reported that Derek Chauvin was known to be a "problematic" police officer, who was internally disciplined on numerous occasions for using excessive force, twice for shooting at suspects. Despite all this, it took 4 days for him to be arrested. My contention is that the riots are to be expected and that it therefore isn't very helpful to just condemn the rioters. The rioting isn't a planned strategy, it's not like protesters convene in a meeting and collectively decide that now would be a good time to start rioting and looting. Too often I hear people say that yes, the killing of George Floyd should be condemned, but we should also condemn the riots and the rioters. Having a problem with that simple statement isn't me condoning the riots, as those riots invariably cause harm to innocent people; rioting in itself is bad, of course. But there is a big difference between saying that riots should or shouldn't happen happen, and saying that riots will inevitably happen.

Like I said, rioting is not a political strategy (just like Antifa is not an organization that plans such strategies), but rather a collective outburst of anger aimed at injustices, inequalities and tensions that haven't been effectively addressed for a long time. Case in point being systemic racism, expressed in a criminal justice apparatus that disproportionately affects the black community. The murder of George Floyd was just the straw that broke the camel's back, the event that allowed years and years of built-up anger to float to the surface. To then simply condemn the riots without this obvious context, has no place in a civil society, but that's exactly what the political right wing as well as the corporate owned media do. The riots aren't organized or planned, but they are predictable as they are the outcome of deliberately maintained policies and socioeconomic circumstances. The incomprehensibly stupid and long standing practice of police being the watchdog of the police (internal affairs) led to Chauvin not being arrested for 4 days, further inflaming the protesters, and systemic racism hasn't been properly addressed for centuries. This is not necessary, but when society allows for these circumstances, it's to be expected that the public will turn against the institutions that enable and maintain those circumstances; There Will Be Riots.

It has to be noted that we're talking about capitalist institutions here. The riots associated with the protests at the G7, G8 and G20 conventions were related to built-up anger towards capitalism, literally, as were the protests against the 1 percent at the Occupy Wall Street protests and its offshoots worldwide. The current protests against police brutality and systemic racism are also rooted in discontent caused by capitalism; the police force was created by capitalists as their first line of defense, primarily to protect their private property against the workers whom they exploited. One of the first tasks of the police was to break up unions, and to assist in other ways to prevent common folks to form a united front against their exploiters. You can look all this up, but by now this should be common knowledge, especially if you're a regular reader here. In case you've missed them, you can read Corporate Police And Slavery for more information about the origin story of American police, For The Love Of Stuff... for an explanation why the political right is more outraged by left wing violence against private property than by right wing violence against humans, and Disdain For Dissent for more on the recent right wing attempts to criminalize protests and (leftist) protesters.

Like it's said in the below linked video: "Riots aren't just a random selection of bad decisions, they are a sociological outcome of conditions that we ultimately have some kind of control over. We don't need to have systemic racism. The police don't need to keep officers with a history of unreasonable force out on the streets. Societies and the people in charge have a say over whether the conditions that lead to riots should exist. If these conditions are allowed to exist, then we do not have a say over whether or not there should be riots; There Will Be Riots, and whether or not you agree with the morality of the rioters' decisions is irrelevant. So if you condemn Floyd's death but then feel compelled to speak against the rioters in the same breath, you are downplaying the former, because the latter is useless..."

The correct response to these riots is not to simply condemn them, but to condemn the conditions, for a large part based in capitalism, that lead to those riots. The video is by LonerBox, a YouTuber whose work I can heartily recommend to all of you. This video elaborates nicely on the various ways our rulers prevent us from forming a united front, and how police provokes violence during protests because they would look bad if they stamp down on purely peaceful protests. People in power despise protests unless when they're from the right, then there are "fine people on both sides"...