Actually it's the marketplace of ideas. It becomes a marketplace of hypocrisy when far right Republican representatives Marjorie Taylor Greene, Matt Gaetz, Louie Gohmert and Paul Gosar try to hold a joint press conference in public. 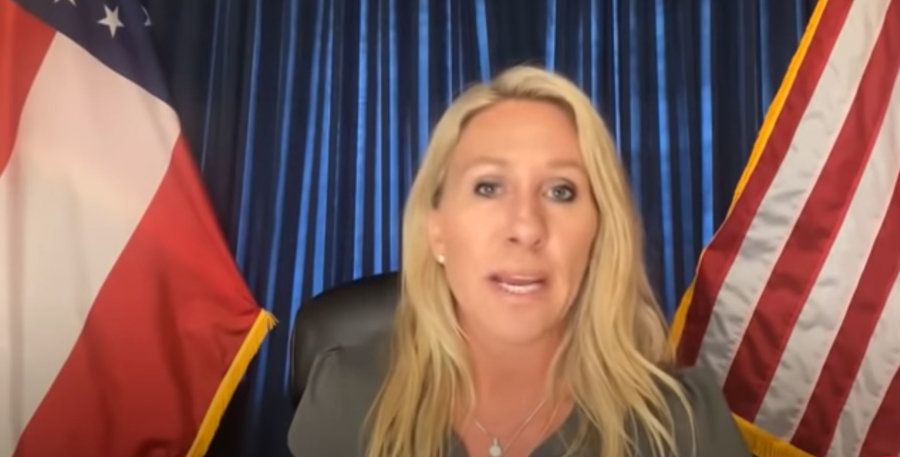 First of all, the press conference would have been in defense of the January 6 rioters who stormed the Capitol with the intent to "stop the steal" and even murder representatives who they thought didn't try hard enough to stop the ratification of the election results, Mike Pence most notably. The right wing propaganda machine has been hard at work these last couple of months in an attempt to paint the happenings on January 6 as completely innocent, just honest patriotic Americans exercising their right to free speech, even painting enraged MAGA hat wearing rioters breaching and vandalizing the Capitol building as friendly guys and gals taking a tourist trip through the Capitol.

The most absurd statement, however, came from Rep. Andrew Clyde who said, out loud, in public: "Let me be clear, there was no insurrection and to call it an insurrection, in my opinion, is a bold-faced lie. Watching the TV footage of those who entered the Capitol and walked through Statuary Hall showed people in an orderly fashion staying between the stanchions and ropes taking videos and pictures. You know, if you didn't know the TV footage was a video from January 6, you would actually think it was a normal tourist visit."
source: Vanity Fair

The presser outside the Department of Justice was primed to offer some counter-factual counter-programming to the January 6th hearing down the road at the Capitol, during which Capitol Police officers detailed the horror of what they experienced defending the building from rioters who beat them with batons, hurled racial slurs, and threatened to kill them with their own guns. The four G's of the disinformation apocalypse were out to advocate for the rioters, arguing that they have been mistreated by the DOJ.
source: Rolling Stone

So, the press conference was intended to spread more of such counter-factual garbage. But hey, they have freedom of speech, so they can do that; it's the hordes of Trumpists who believe this bullshit that creep me out. However, the press conference didn't proceed as planned. Notorious public harasser Marjorie Taylor Greene got a dose of her own medicine when her joint press conference was broken up by protesters, one of which was armed with a very loud, very shrill whistle. It was approximately two minutes later that the "four G's of the disinformation apocalypse" called of the press conference.

This marketplace of hypocrisy was complete when these lawmakers and right wing press outlets afterwards complained that their First Amendment rights were violated by "the intolerant left," one of the political right's go-to defenses, you know, their snowflake "cancel culture" complaint. That's so stupid. The First Amendment exists to protect the people from censoring by the government, not the other way around. What happened here was citizens using that right. It was an act of free speech to protest these liars. But, as we're getting used to far too easy and too quick, the political far right manages to twist reality on its head. I invite you to watch the short video below, and, if you're interested and have some time left, read the above linked articles.


Let's talk about the marketplace of ideas....