The Gross Domestic Product (GDP) per Capita is a measure by which the relative well-being of the people in a country is expressed in many news articles, and is used to point to a nation's position on the international ladder of national economies. 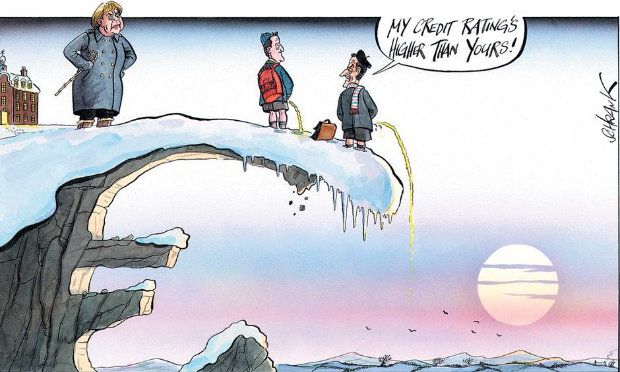 This is a repost of a 2018 article, so some of the data used is out of date. The message is, unfortunately, still the same though.

A disclaimer first: obviously the GDP per capita is not the only measure of a people's relative well-being or happiness. There's lots of factors to consider when asking about something as subjective as happiness or well-being. I'm only referring to the GDP per capita because it is one of the most used figures, next to economic growth, unemployment numbers, debts and so on, in the public narrative when talking about these issues. This is not surprising in a culture that's drenched in free-market thinking, but just as misleading as the rest of it.

As in most instances when indicators from the market economy are used, this ranking-number for the international pissing contest between economies has no relation to real people and real lifes whatsoever. Please look at the ranking I just plucked from Wikipedia's List of countries by GDP (PPP) per capita: 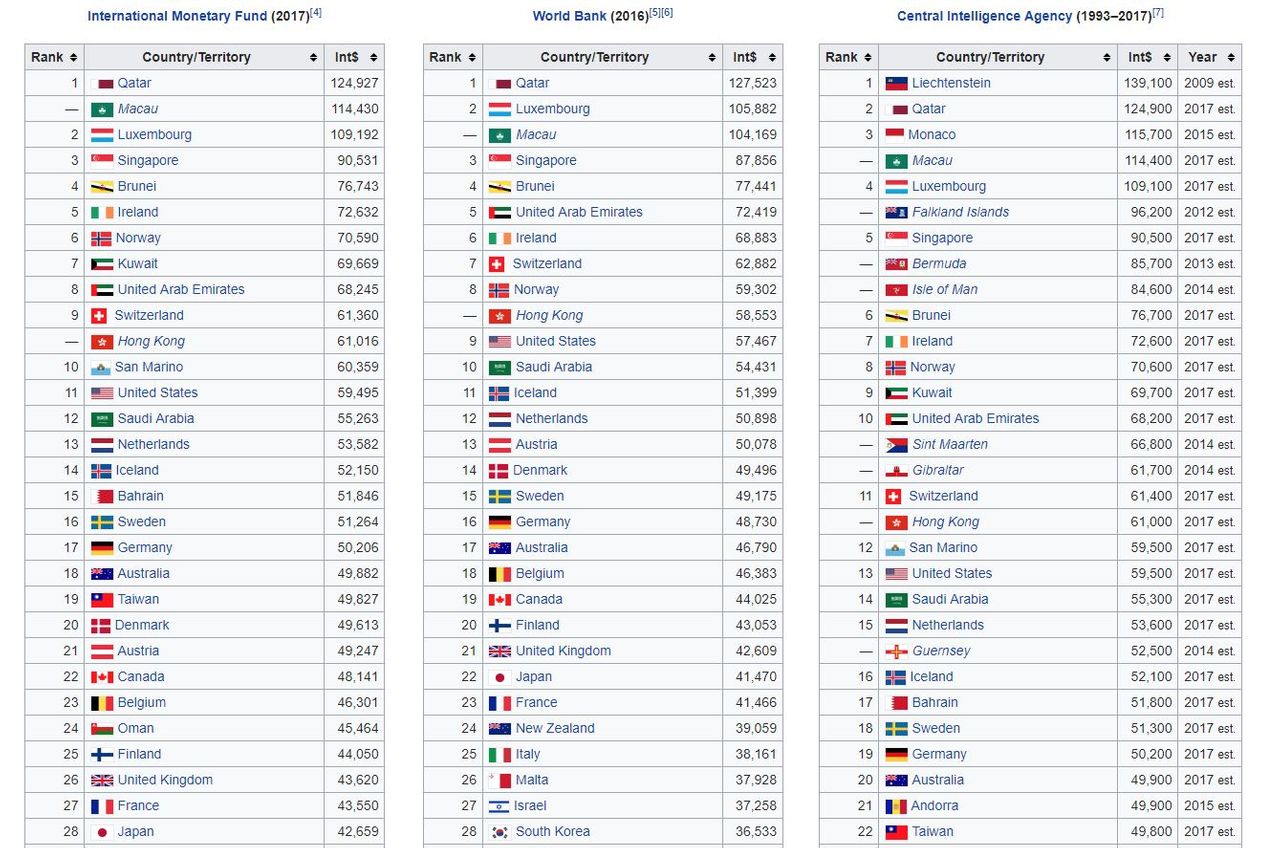 List of countries by GDP (PPP) per capita. source: Wikipedia

You can see how Finland is ranked number 25, way below the U.S.A. that's ranked a respectable number 11. Of course this is no wonder: the Scandinavian countries are socialist, almost communist, as they are plagued and held back by heavy government interference and high tax-rates. No wonder they rank so low.

Qatar is the undisputed winner in this pissing contest though; sadly there's no beating the pissing prowess of Arab princes walking on oil... But seriously, I hope all of you already see that being a highly trained urinator says nothing about the size of one's urinating-tool nor its ability to let its fertilizing fluids "trickle down" to the base of it's pyramid-scheme.

We all know it on at least a subconscious level, but it's good to see it confirmed in numbers, the tools so often used to direct our look away from what's really important and what's really happening. To that end, here's the ranking list from the annual World Happiness Report: 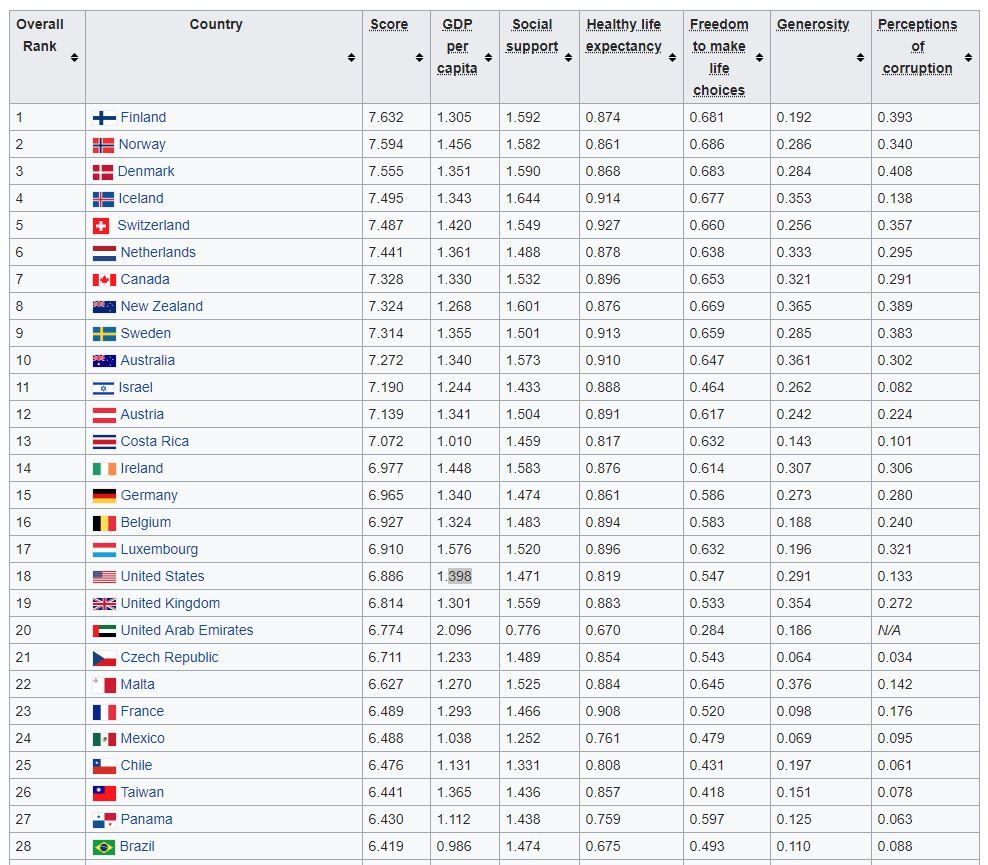 Well well well, isn't that surprising? It seems Scandinavians can urinate further, higher and more precise than even the wealthiest Arab prince or American business-giant in this pissing contest! Qatar didn't even fit in there with their low ranking of number 32. Now, which pissing contest is best suited to determine the finest urinators with the best equipment? GDP per Capita or Happiness Index? You decide.

I know what I believe, and this is best said by Robert Kennedy in his presidential election campaign, in February or March 1968. In the video below you can listen to the entire speech I'm referring to, but I'll give you the most important part up front:

"Even if we act to erase material poverty, there is another greater task, it is to confront the poverty of satisfaction - purpose and dignity - that afflicts us all."

That's a strong start already and, as is the rest of his speech (substitute Vietnam with Iraq, Afghanistan, Pakistan or any other of the many places America is at war now), so very relevant in our time.

It counts special locks for our doors and the jails for the people who break them. It counts the destruction of the redwood and the loss of our natural wonder in chaotic sprawl.

It counts napalm and counts nuclear warheads and armored cars for the police to fight the riots in our cities. It counts Whitman's rifle and Speck's knife, and the television programs which glorify violence in order to sell toys to our children.

Yet the gross national product does not allow for the health of our children, the quality of their education or the joy of their play. It does not include the beauty of our poetry or the strength of our marriages, the intelligence of our public debate or the integrity of our public officials.

And it can tell us everything about America except why we are proud that we are Americans."
source: The Guardian

Sadly, only three months later Robert F. Kennedy was assassinated, just like John F. Kennedy before him. I guess they just weren't the right material to represent the world's greatest democracy in the global free market pissing contest. Too much truth.