Breaking: Did the Australian government just cut the internet and social media streaming for citizens (September 23, 2021)

yourmarklubbers65
a month ago
inDeep Dives

On social media it has been reported by a large number of users that the Australian government shut down the internet in Victoria, Australia. Below some examples.

Facebook was supposedly contacted by "Dan Andrews" and the Victoria police to shut down live streaming. There also seems to be a Telstra Outage at the exact same time:

Video from the streets uploaded on our channel: 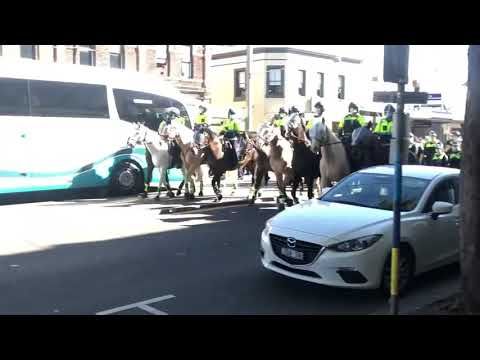 These are some ridiculous scenes from Australia as entire roads are being blocked by a huge police force, including police on horses. If anyone still thinks this is just about a virus and for your own protection, maybe it's time to think again. Human rights protests are going on daily now and are increasing in size.

I confirmed the outages at the ISP's and the removal of live streams on Facebook. I can't confirm if the government is behind it or not, but it would be an amazing coincidence.