Since sars-cov-2 showed up, and the effects were being seen in China and elsewhere, wise people knew soon enough who needed to be protected: the elderly and those with weakened immune systems (not everyone else). That's how it works for all respiratory viruses. Especially when there is a new one making the waves the first year. 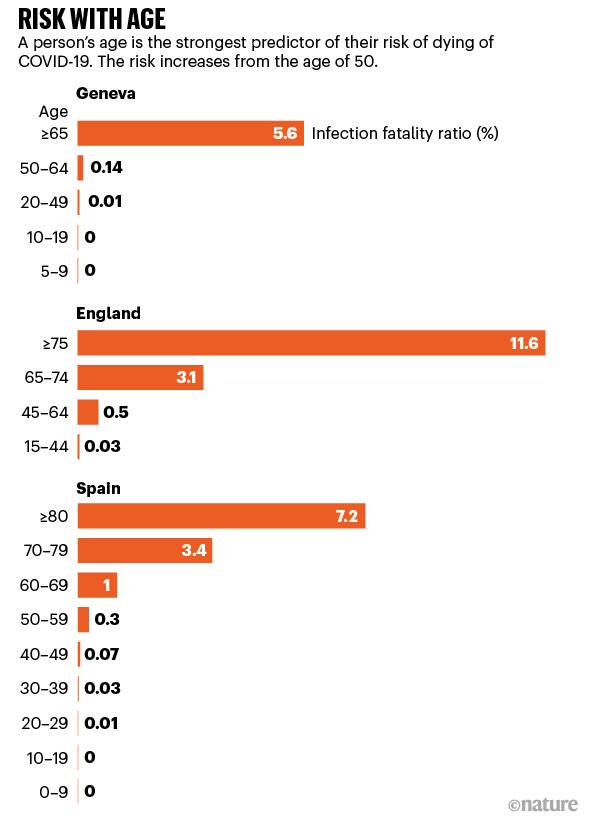 Many elderly are on their last breaths, and a virus will just quicken the process. An analogy is of dry timber and the virus as what makes it burn quicker. Without the virus, some would have lives a bit longer.

When covid-19 spread, it spread in nursing homes. Nations didn't protect them directly. Instead, they sent covid-19 positives elderly into nursing homes to help burn the dry timber faster. This helped create more deaths quicker and ratchet up the fear hysteria of how deadly covid-19 was.

Instead of protecting those vulnerable, and trying to prevent the 30-80% of deaths in various nations, governments focused their efforts to control the whole population. Lockdowns, isolation, and mandatory masking.

This was done, while epidemiologists and virologists who understood the new virus early on, said the elderly were vulnerable and needed to be protected, while everyone else was only facing a more severe flu season. The data has proven this true:

This isn't some super deadly viral outbreak. It's akin to a flu season for the healthy.

Nature has confirmed the age factor for covid-19 risk:

For every 1,000 people infected with the coronavirus who are under the age of 50, almost none will die. For people in their fifties and early sixties, about five will die — more men than women. The risk then climbs steeply as the years accrue. For every 1,000 people in their mid-seventies or older who are infected, around 116 will die. These are the stark statistics obtained by some of the first detailed studies into the mortality risk for COVID-19.

Yes, author of Nature, that's a stark contrast. Except your wrong about the "first detailed studies into the mortality risk for COVID-19.". There were none. Those were bullshit models. Models that were objected to as soon as they came out as being unreal. The real studies, like those done in April on antibodies, showed the reality that has panned out. But those studies on real data were mocked as unreal, while the false models and fear hysteria were pushed as the reality.

It's taken these "scientific" idiots in the mainstream of academia to come to grips with reality. Better late than never I suppose.