I’m getting sick of the omnipresent fairy tale about the ‘epic battle’ between Sovereignists and Globalists. It really doesn’t exist, and it is launched into the public sphere for an obvious reason…

The Plutocrats, owners of the largest capital, Shadow Rulers, call them as you wish, have learned from their past mistakes. They are not stupid. On the contrary, they are working on stupefying of the sheeple, because it is a precondition to rule over the masses. At the end of the text Coronavirus: The Dance of a Globalist Vampires I have written that “there is no clash between sovereignists and globalists. There is only an illusion of it, created by the Globalist Project.”

There is no essential difference between the the two establishment parties, nor is the Globalist Project bounded only to the Five Eyes&Ears Empire. Globalist corporate media – the loudest on the planet – are telling you that there is, but don’t listen what they tell you, look what they are doing. For example, the Rothschild family, who has long business history with China, has pulled their gold from London after Brexit, and turn to Shanghai. It helped that China harbored a certain fascination with the Rothschilds. Just a few months before the Brexit referendum, in April 2016, we witnessed how China began gold fixing at the Shanghai Gold Exchange… So, China benefited the most out of globalisation process, and it is quite natural that they take over the baton of Globalist Project. USA is not ‘indispensable’ nation any more. It is not even needed. Plutocrats, like snakes, change their ‘State shirt’. We can see it today, when China is pledging $2 billion in taking over WHO, and pushing in IT leadership.

So, why then we have this “Sovereignists vs. Globalists” scam? There are no ‘Sovereignists’ as a danger group to the Globalist Project. The only danger is revolutionary spirit among the awakened people. Therefore, it is necessary to keep people frightened (coronavirus hoax) and to pacify the masses by giving them an illusion that there is someone who will successfully fight their battle. Of course there isn’t. Trump’s job is to hold up that illusion. He is an actor, like Ronald Reagan was.

Illusion of a clash is created on a personal animosity between Trump and Obama, but there were never any clash of sovereignists vs. globalists, nor Trump vs. Deep State. Again, you had a chance to hear words, but not acts. For example, many of you probably have seen Trump’s speech “The future does not belong to globalists” before the United Nations General Assembly in 2019: 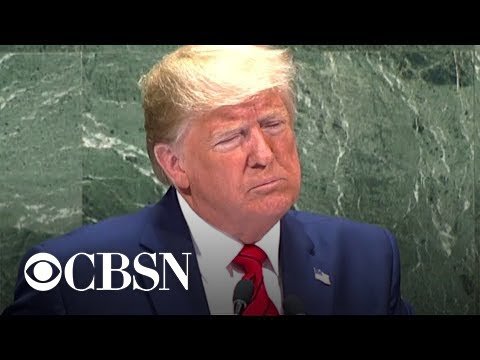 But how many of you have seen the pics from the wedding of Trump and Melania? 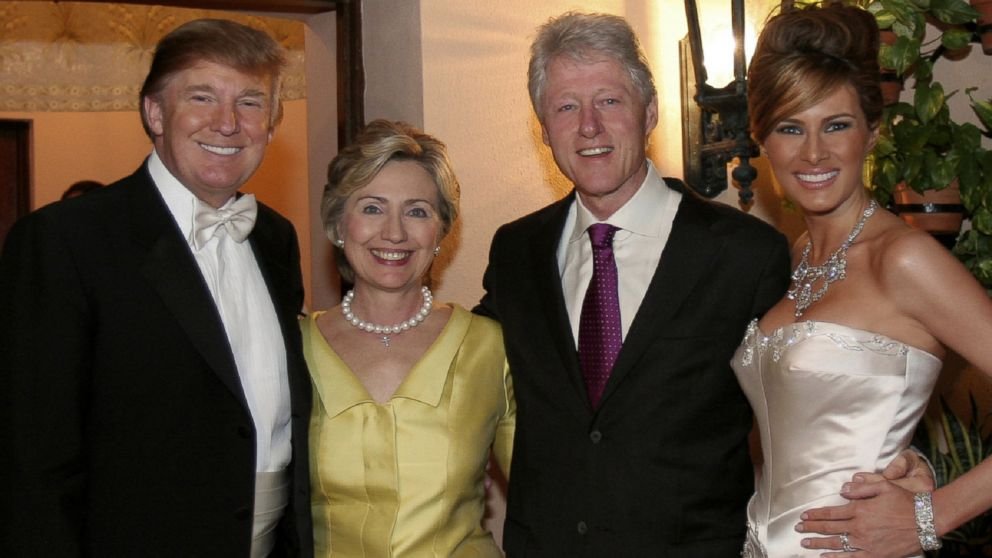 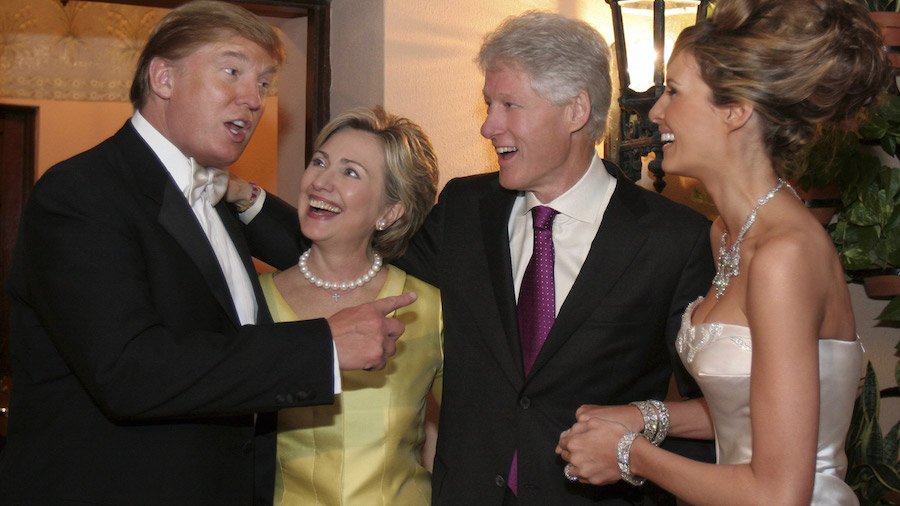 As any illusion, this one can only last for some time. Sheeple can be hold in a state of fear and obedience only until Globalist Project can satisfy basic necessities to the masses. The awakening inevitably comes when the stomach begins to cramp from hunger. On a historical level, revolutions start when food expenditures exceed 40% of income. It is a miracle how hunger positively affects the proper understanding of the World. Unfortunately, at the same time, this proper understanding, as a rule, puts people in a state of murderous rage.

So stop listening to a globalist corporate media, keep your eye at the prices of food, and keep your weapons ready…