There is no journalism in the corporate media any more. It’s a pure propaganda show. Whoever wants to do journalism, has to became a renegade…

One of those renegades, former New York Times reporter and the author Alex Berenson, has started a series of texts under the title ‘Unreported Truths About COVID-19 and Lockdowns’. First part of the series, dedicated to the fatality rate, shameful role of corporate media in the Covid-19 ‘crisis’ describes their fear-mongering, spreading of fake news, hiding the truth from the public, creating a deeply misleading picture of ‘pandemic danger’. It was planned to be published as an electronic booklet at Amazon, but was followed by a bit of censorship drama. After the initial claims that it didn’t meet the online retailer’s guidelines, SpaceX CEO Elon Musk and journalist Glenn Greenwald qualified the move as blatant censorship, and the book was then put up as a Kindle edition…

You can find more about ‘censorship drama’ with FoxNews:

“Amazon is in a conflicted position here. They have made so much money from these lockdowns, they and Walmart are the two biggest corporate beneficiaries. This idea that they’re just some publishing platform and there is no First Amendment issue around this ... they have benefited from government rules.”
— Alex Berenson

Here is Alex Berenson with Afshin Rattansi of “Going Underground”: Aside of the corrupt corporate media topic, in this interview Alex Berenson has pulled of two more important points you will never find in media. The first one explains why it is not possible to end the scam quickly. Any kind of confession that everything is a big lie is not possible, because it would entail responsibility. ‘Elite’ can’t allow its own responsibility. Hence the ‘second wave’ and neverending phases of ‘exit strategy’ from an obvious hoax. Second point is a consequence of a hoax. It’s a beautiful time for scammers of the various kinds to shear the sheep. In the old times, it was a bunch of Snake Oil vendors. Today, there is much worse kind, ready for a mass murders while calling themselves a “philanthropists”. Berenson is emphasizing that a Coronavirus Hoax is actually masking much bigger numbers of deaths from the things like big pharma opioids mortality. But in the old times, Snake Oil vendors had to flee before the law. Today, big pharma writes the laws. They are dictating what will be consider a cure, even if it is a poison. They are holding corporate media which are denouncing a proven and cheap treatment against Covid-19 successfully implemented by a French professor Didier Raoult, forcing their own expensive scam called ‘Remdesevir’: So, ‘Gilead’ scammers are selling $1 worth unproven drug for an exorbitant amounts to the government agencies and private healthcare providers

Thanks to the developed system of global corruption, an expensive scam had been greenlighted by the EU bureaucracy, and of course, touted by the WHO, despite it has flopped in coronavirus trial just two months ago: Despite everything, U.S. has bought almost all available production until September: 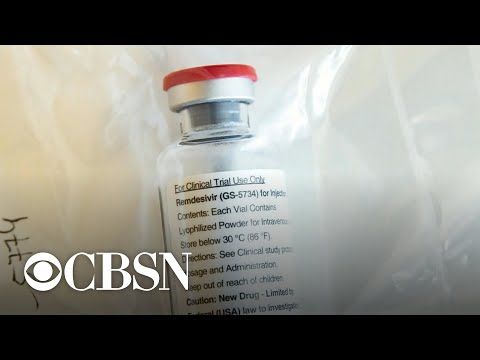 I know it looks completely incredible, but that is what happens when big pharma mobsters take over medical system and introduce a medical fascism.

So, in the race of scammers, Gilead came up first. Which is a bit better for the population, since Remdesivir is not a mandatory poison, like vaccine. But it is still a tragic scam, since they are financing a media campaign and the scientific fraud to push negative studies about the true remedy – hydroxychloroquine.

You must stop them.